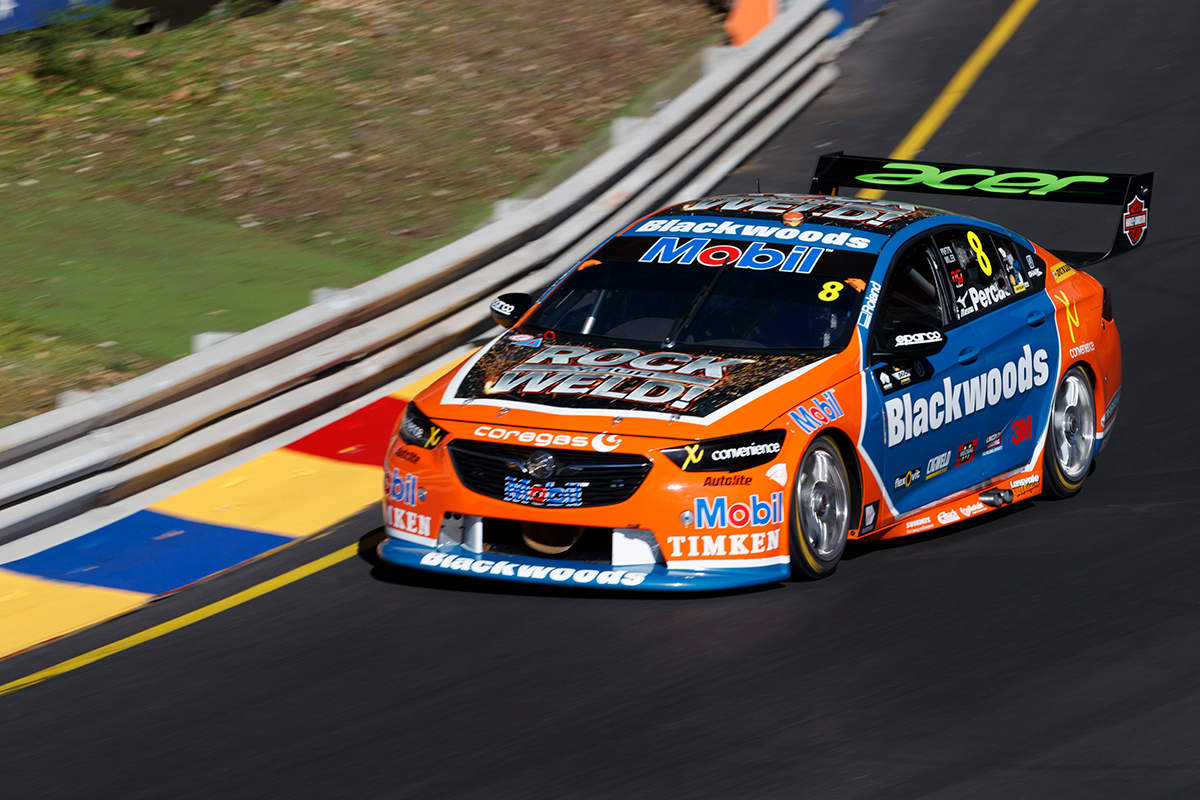 Percat started the Supercars campaign in an orange-and-blue scheme for the industrial supplies retailer, at the Sydney Motorsport Park test and Adelaide 500.

The Commodore switched to Tempur colours for last weekend’s event at Albert Park, where Percat recorded a pair of podiums, with Blackwoods maintaining a minor presence.

“It’s great to have Blackwoods back on board as naming rights partner for next weekend’s round in Tasmania, but really, they never left, they were on the front of the car over the AGP weekend and have been supporting us non-stop since Adelaide,” Percat said.

“They were messaging a few of us in the team over the Melbourne 400 weekend, cheering us on and congratulating everyone on the results. They love it!

“We head to Symmons Plains with a nice boost of confidence after the last couple of events.

“Getting the podium results in Melbourne has been such a great reward for the team and all the efforts they’ve put in over the last couple of months.

“Everyone has been working incredibly hard to get to this point and the car is awesome.”

Now eighth in the Supercars standings, Percat was involved in the Saturday melee at Symmons Plains last year, before finishing 11th on Sunday.

“BJR have traditionally been strong in Tasmania,” he added.

“It’s one of those circuits where the car needs to be perfect.

“You’ve only got a couple of corners to work with, so you need to get it right every time.

“It’s not like other tracks where you can try make up a little ground elsewhere if need be. There’s no room for error and no room to hide here.

“The results always show that, generally its only eight or so tenths between first and last here, so qualifying well here will be a big focus for us.”