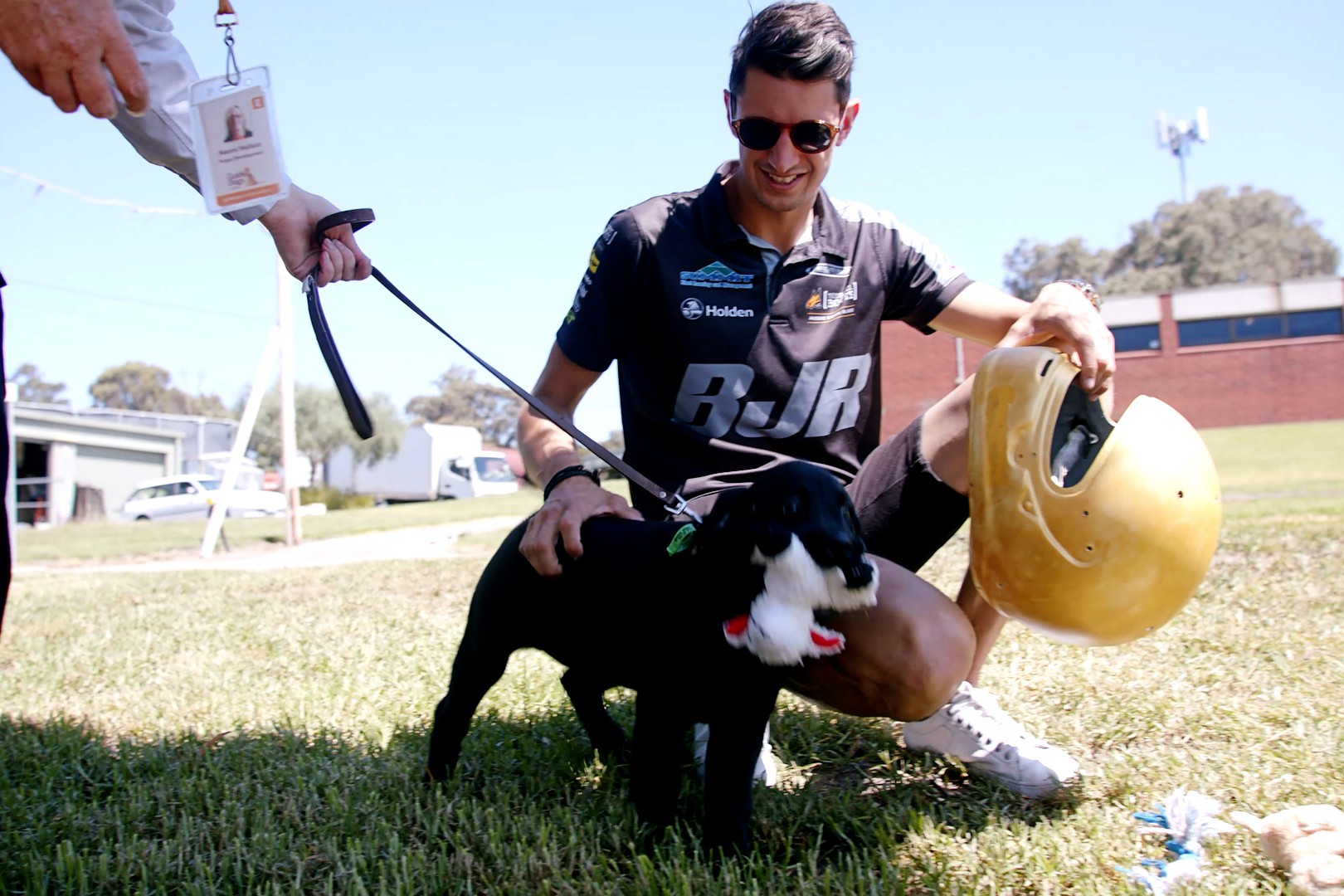 Nick Percat has joined forces with Guide Dogs to produce a special one-off helmet for the upcoming Repco Mt Panorama 500.

Percat, who returns for a fifth season with Brad Jones Racing, will race in a helmet scheme which will be adorned by the paw prints of Labradors, including a 10-week-old Guide Dog puppy.

The gold-based helmet will be auctioned online, with all proceeds going towards the breeding program at Guide Dogs Victoria in Melbourne. CLICK HERE to bid for the helmet now.

The 2011 Bathurst winner donated the placement on his helmet as part of a new relationship with Guide Dogs.

The 32-year-old, who looms as a 2021 dark horse with BJR, explained the process behind the unique helmet.

"A little while ago, I was thinking of how I could support a charity, and obviously Guide Dogs is very fitting for myself and Nelson," he told Supercars.com.

"I reached out to them via social media, and asked if they were interested to work together to create a helmet that we could auction off. 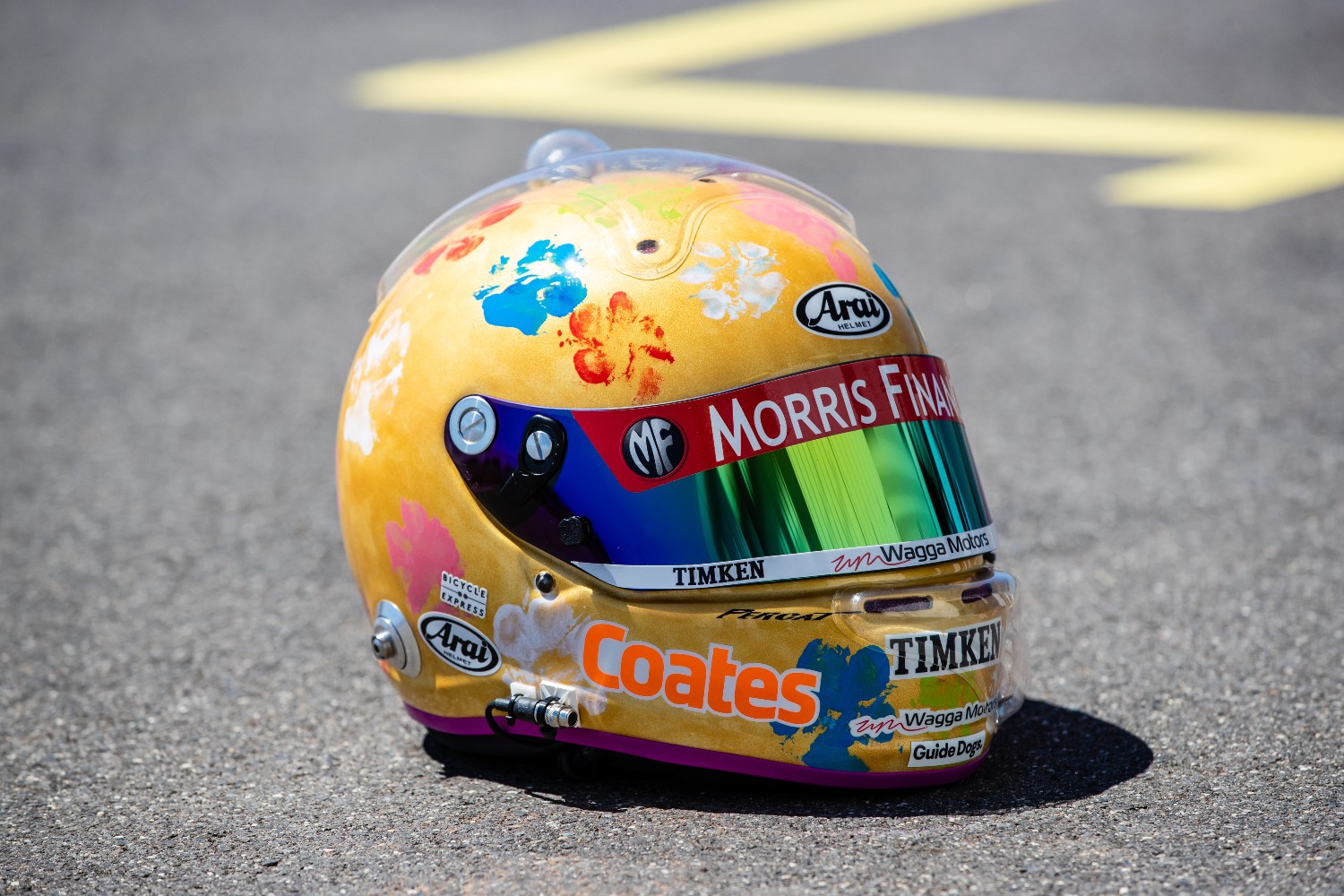 "I had a think and came up with the idea of having dogs paint the helmet. We put some paint on the paws of the dogs, and they printed all over the helmet.

"It was a very fun experience, but getting to learn more about the processes of Guide Dogs and puppies are brought up and trained, that was pretty cool."

With an eye on aiding people in need, Percat believed the time was right to reach out and support the organisation. 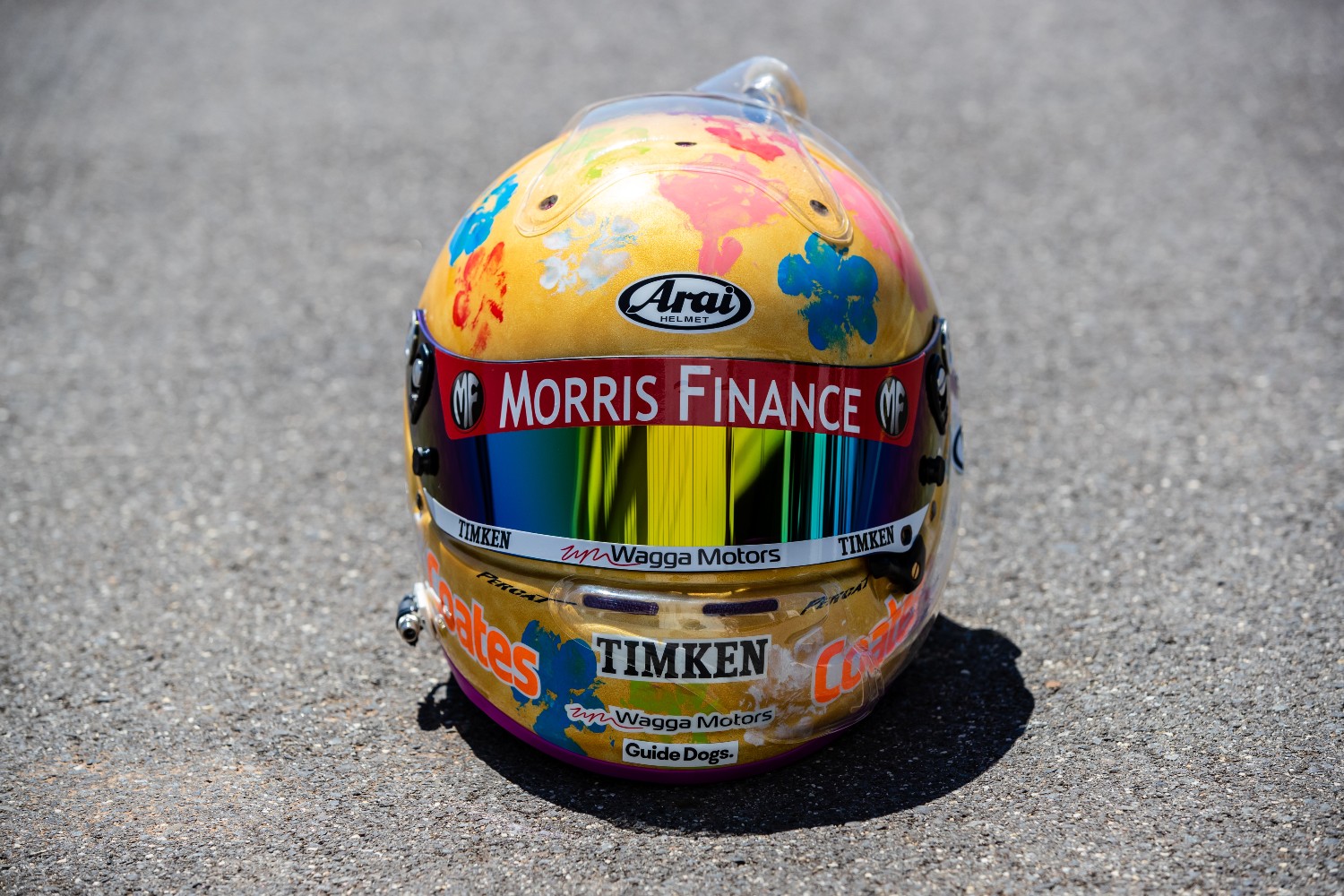 "There's a lot of money, time and care that goes into a Guide Dog, from the moment they're born to the time they get to the person in need," explained Percat, who won two races and finished a career-best seventh overall in 2020.

"I wanted to help raise funding for Guide Dogs for some new puppies.

"And because I love my Nelson, and I'm a bit dog-obsessed, it all tied in really well.

"I'm really proud of how it all came together." 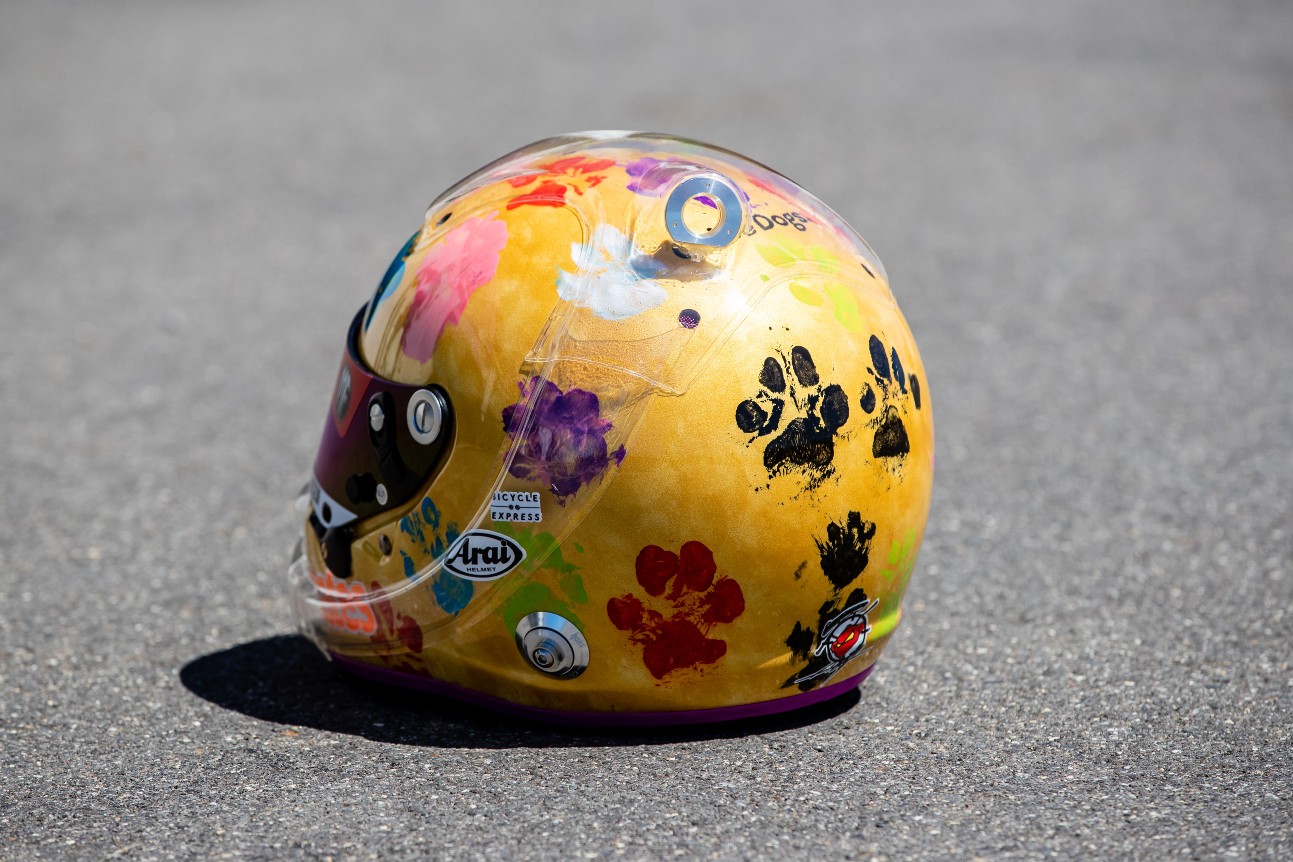 "We know that Nick adores his own chocolate Labrador, Nelson, but to extend that love and support to the work we do at Guide Dogs is just incredible," Hayes said.

"Not only is Nick giving Guide Dogs an incredible platform to be seen in front of a new Supercar audience, but the proceeds from the auction will help fund the next generation of Guide Dogs that provide freedom and independence to people living with low vision or blindness."

The new partnership isn't Guide Dogs Victoria's first foray into motorsport, with the organisation being the charity partner for the Formula 1 Australian Grand Prix in 2017 and 2018.