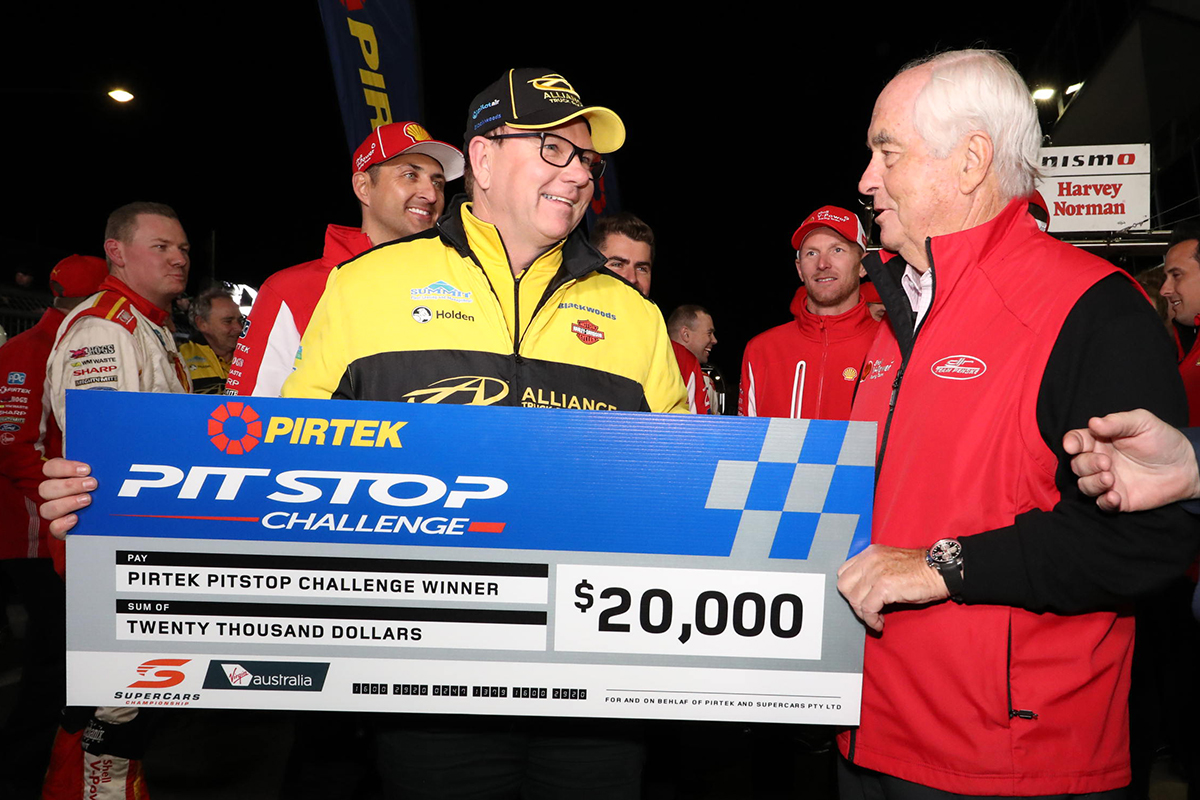 Penske’s #17 Ford faced off against BJR’s #8 Holden in a live-televised final, after those crews beat the #1 Red Bull Holden and #55 Supercheap Ford respectively in the semi-finals.

A close finish to the final ensued, with the Shell team immediately celebrating victory – a reaction backed up by television footage that showed the Falcon cross the line first.

The result was questioned by BJR, however, causing some confusion before PIRTEK CEO Stephen Dutton handed the winner’s cheque to Penske.

The 81-year-old American billionaire responded by declaring on the live broadcast that “we’ll just split it with these guys, how about that?”

Jones was then summoned over to the presentation, declaring it a fair result before quipping “are we doing a 70-30 split?” 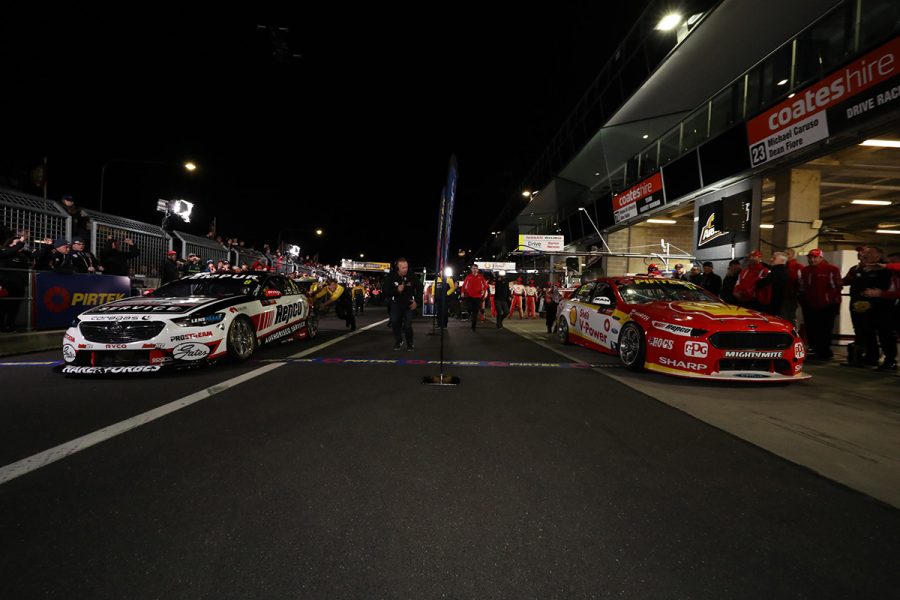 This year marked the second running of the PIRTEK Pit Stop Challenge, which uses pitstop times from the Saturday SuperSprint races throughout the year to decide four finalists.

Both Shell V-Power Racing Falcons made the final last year, with the #12 edging the #17 for the final honours.