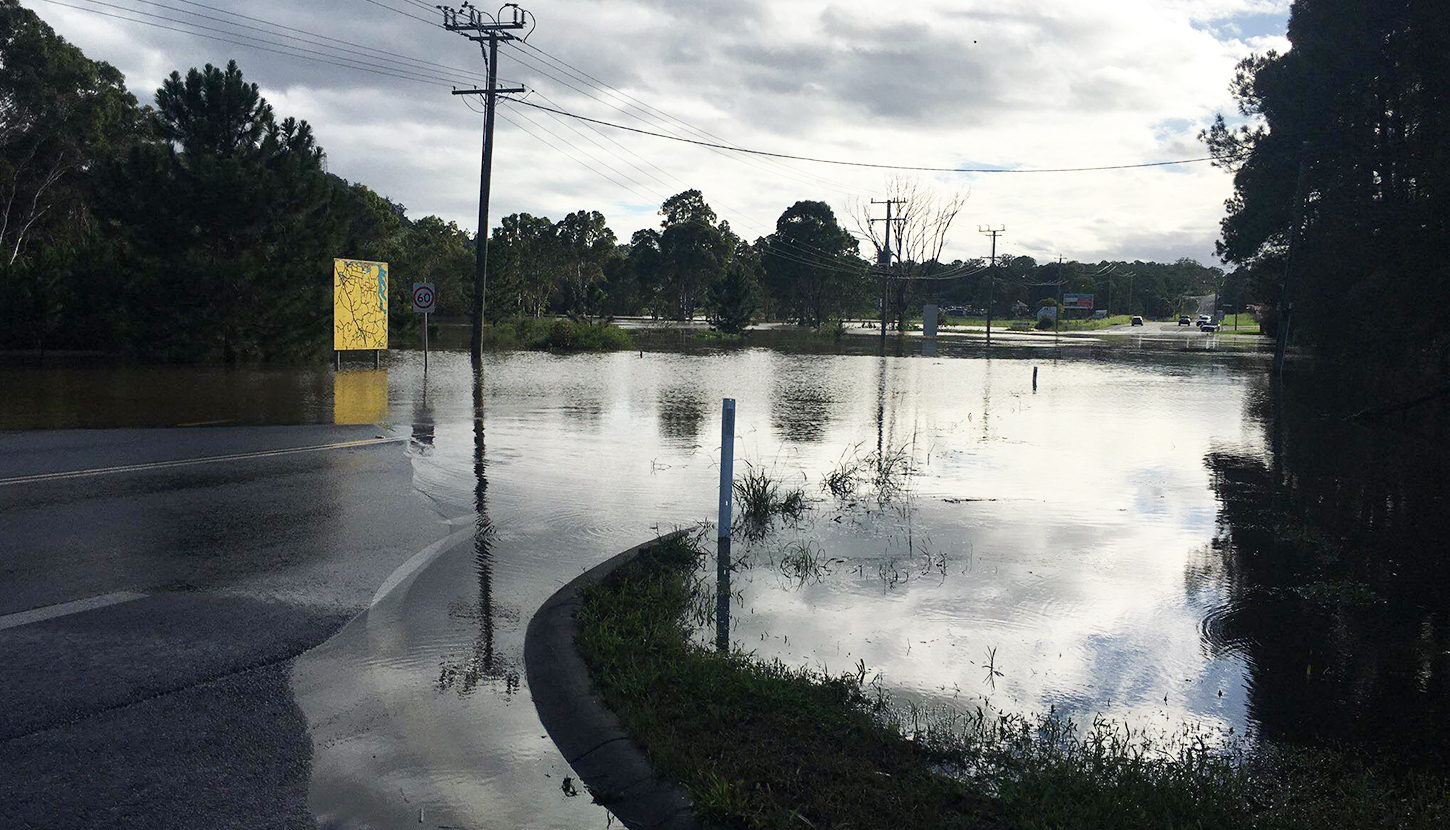 The Shell V-Power Racing Team is confident that it will make the boat for Symmons Plains on Monday despite its transporter currently being locked in by floodwaters.

Heavy rain lashed South-East Queensland over the last 24 hours as ex-Cyclone Debbie made its way through the region.

All team trucks are scheduled to leave for Melbourne tomorrow morning to make the boat to Launceston, Tasmania on Monday ahead of the April 7-9 race meeting.

While it is business as usual for the two Holden teams, flooding has seen the Stapylton-based Shell V-Power Racing Team’s motorway access blocked.

“At this point in time we’re still on target for the truck to leave tomorrow morning,” a Shell V-Power Racing Team spokesman told Supercars.com.

“Our usual access road is blocked but our guys who are essential to packing the truck were able to get in this morning via a back entrance and are currently working away.

“Our driver Wayne will stay with the truck overnight and whenever there is a window where the water has subsided he will set off.

“As a worst case scenario if we miss Monday’s boat there is another one on Tuesday that we can take, so there is no concern about it impacting the event for us.”

While Tekno Autosports is located just a handful kilometres away in Yatala, team owner Jonathon Webb confirmed that his team still has motorway access.

“We’ve got two (motorway) exits. One is under about five metres of water and the other one is fine,” Webb told Supercars.com.

“All the boys left at about lunch time yesterday to make sure they were safe, but they’re back at it today preparing everything for the truck to leave tomorrow.”

Staff from Triple Eight, which is located in Brisbane's north, completed a full day of work on Thursday and reported no issues with access today ahead of their truck's departure.

Despite the ferocity of the weather system, all three teams confirmed that their workshops have escaped flood and wind damage.