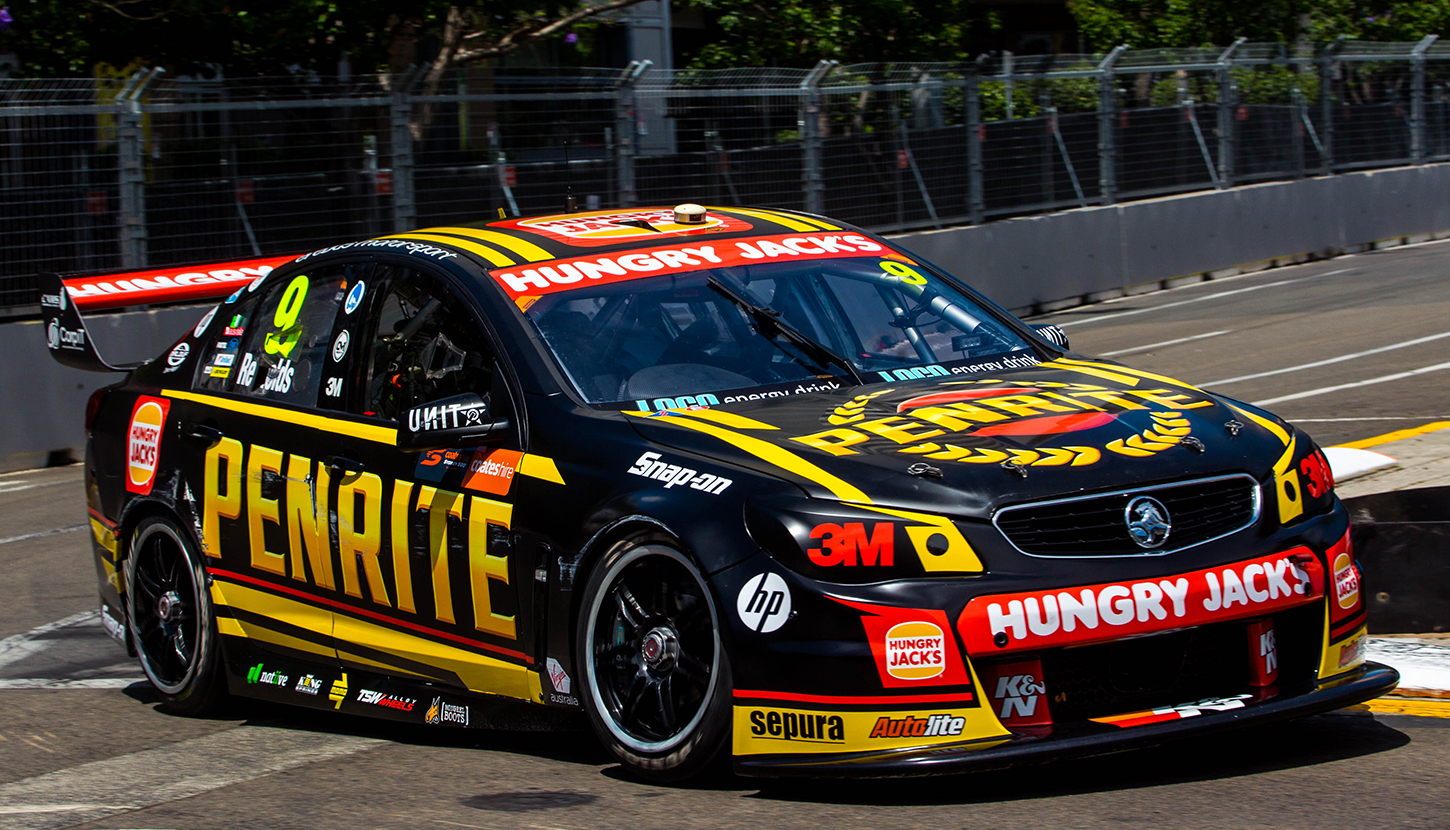 Erebus Motorsport and Penrite Oil have again teamed up for the 2017 Supercars season, which launches in Adelaide next March.

The car will be unveiled early next year, with primary Penrite Oil branding on the #9 Erebus Commodore.

The Australian made and owned company joined the team in the latter half of 2015, and have been a bold presence in the Championship ever since.

“We are excited to be partnering with David Reynolds and the team for 2017,” Penrite Oil’s General Manager – Sales & Marketing, Toby Dymond, said.

The team’s form lifted in the second half of the season – scoring a top ten in Townsville, qualifying third in both races on the Gold Coast, and their most recent effort at Sydney Olympic Park.

“This year was a challenge for everyone but results later in the year proved the car has genuine speed,” Dymond said.

“We thank all our supporters, customers and staff for their continued support and we look forward to sharing some great results and times next year.”

David Reynolds joined Erebus Motorsport at the start of 2016, and took his first podium for the team on the streets of Sydney, just over a week ago.

“It’s really great to have Penrite back on board for another year,” Reynolds said.

“We had a fantastic time with them this year and we’re looking forward to continuing the relationship.

“I am really excited to tackle next year, we’ve had great momentum going the last few rounds and if we keep playing it smart, there’s no reason we can’t be at the front straight away next season.”

“Innovation and development are what both our businesses are about,” Klimenko said.

“Penrite Oil is a business that is passionate about pushing the boundaries and finding better ways to do things; much like us.

“I feel very fortunate to have Penrite extend their partnership.”

The season commences at the Clipsal 500 on the streets of Adelaide, March 2 – 5.