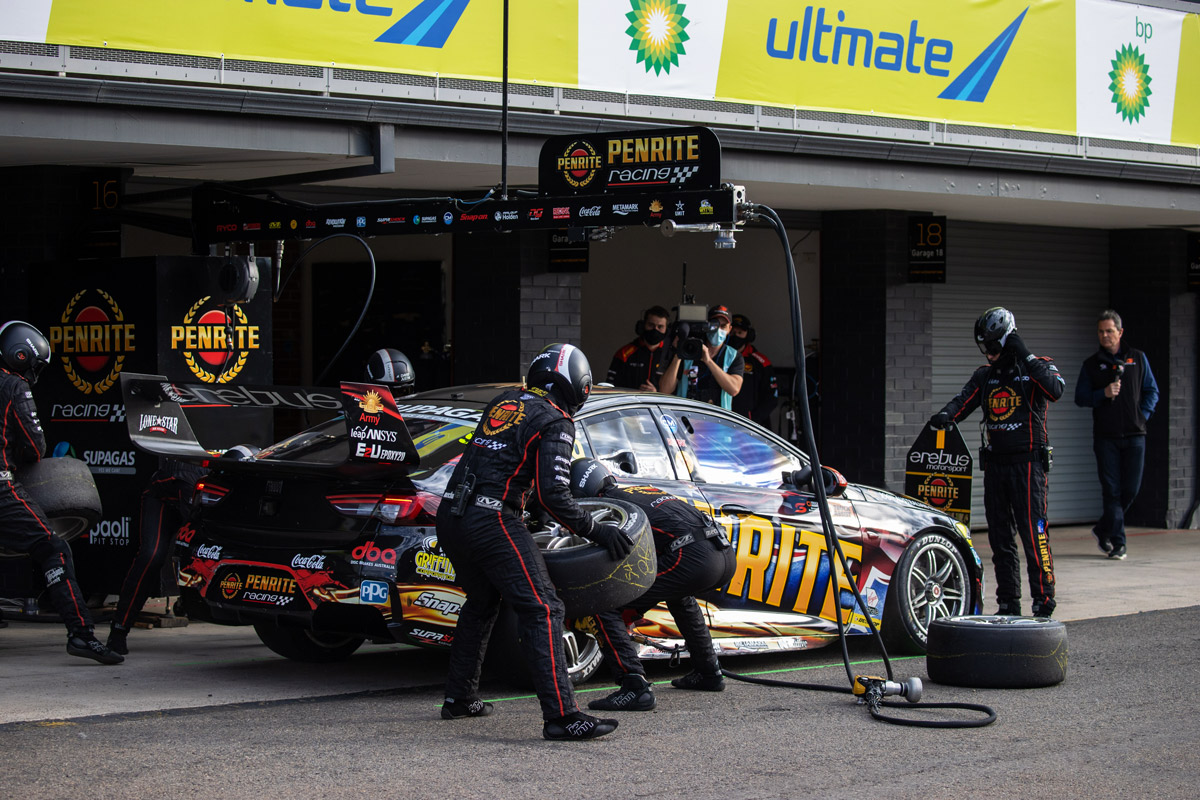 Penrite Racing has grabbed the outright lead of the PIRTEK Pitstop Challenge after a swift trio of tyre changes for David Reynolds at the weekend.

By matching their impressive Round 1 score, the #9 Penrite car now holds an eight-point buffer from the second-placed Dunlop entry of Nick Percat.

Reynolds benefited from the third-quickest stops in both of the first and second races on the weekend, with a slower total pitlane transit time in the finale.

It was a mixed weekend on the pitstop front for the team though, with Anton De Pasquale’s #99 dropping from 10th to 19th courtesy of relatively slow stops in all three races.

Mark Winterbottom’s IRWIN Racing had been a chance of snatching the lead until scoring a costly zero in the finale, due to a messy pitstop that resulted in a dual sanction of a fine and a loss of teams’ championship points.

Walkinshaw Andretti United were the biggest gainers of the round, with Bryce Fullwood’s crew jumping up eight spots to 13th on the overall leaderboard, including making the fastest stop of the weekend.

Tickford Racing were the quickest crews in the first and third races, on Jack Le Brocq and James Courtney’s cars, respectively.

BJR have all four of their cars inside the overall top 10, with Percat second, Smith fourth, Macauley Jones eighth and Todd Hazelwood 10th.

The BetEasy Darwin Triple Crown is the next scheduled round to count towards the PIRTEK Pitstop Challenge tally as teams look to earn qualification for the Bathurst finals.

The winning team will be rewarded with a $20,000 major prize.