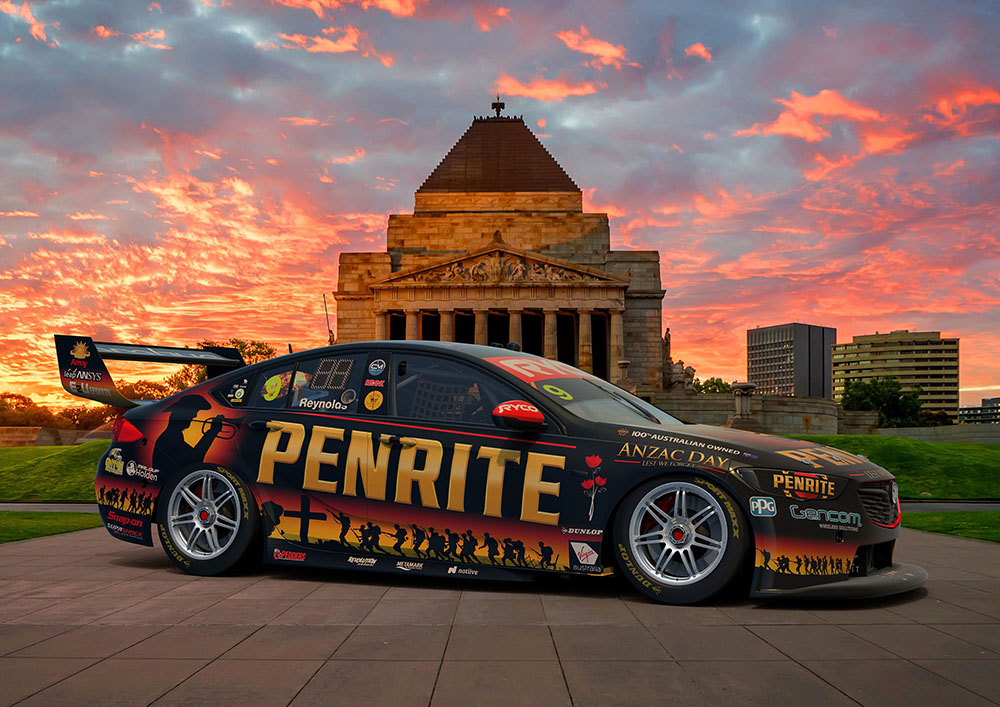 Penrite Racing will pay special tribute to the Anzac legend, with a commemorative livery in this week’s Supercars All Stars Eseries.

Both the #9 and #99 Holdens will carry the one-off design when they hit the track virtually at Australia’s most iconic circuit, Mount Panorama.

A silhouette of diggers from the 1915 Gallipoli landing features down both sides of the cars, alongside familiar Anzac themes on the cars’ bonnets, rooves, sides and rears. 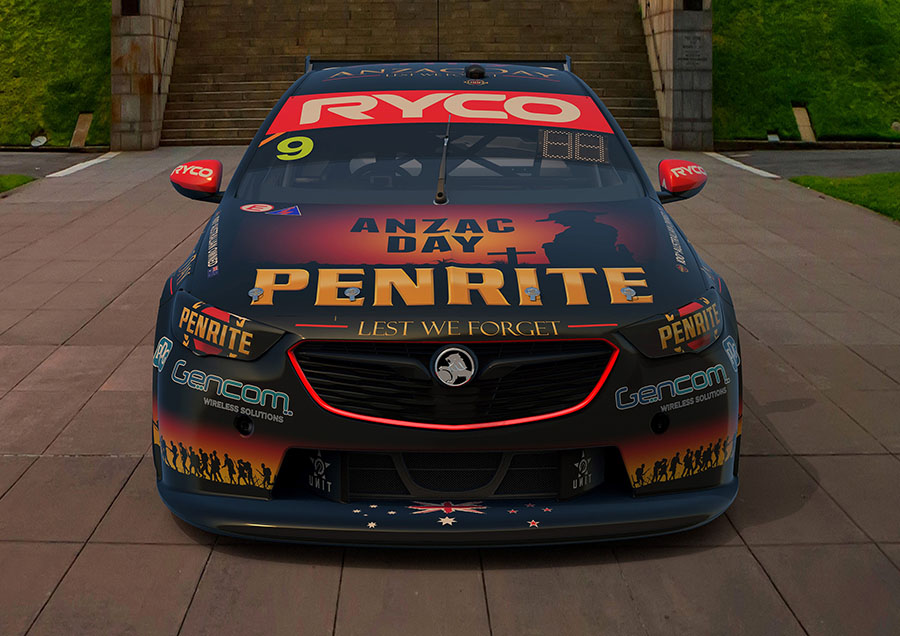 “The spirit of the Anzac is reflected in a lot of our values as an Australian owned company – courage, mateship, ingenuity and commitment,” Penrite Oil’s Corporate Partnership Manager, Jarrod Harding said.

“With warehousing facilities across Australia and New Zealand, we are proud to have the opportunity to acknowledge and respect such a special day in our history.

“We’re not only commemorating those who fought at Gallipoli, but every person who has served our country.”

The Anzac livery was originally slated to run at this weekend’s Auckland SuperSprint, with this year marking the 105th anniversary of the landing of Australian and New Zealand troops at Gallipoli.

The Penrite Holdens would have been painted by PPG and decorated with Metamarks wrapping film had on-track racing gone ahead, though the team have opted to turn their design to the virtual world .

Anton De Pasquale said he looked forward to honouring the Anzac spirit in the Eseries this week.

“It’s one of our country’s most national occasions so it’s a privilege to carry the livery this week – it’s only fitting that it’s at Australia’s most iconic circuit,” De Pasquale said.

“I feel proud to be able to pay tribute to the Anzac spirit and the brave men and women who served for our countries – and those who are still serving today.

“It’s important to remember the sacrifices made so we can enjoy the freedoms we have.”

De Pasquale, who scored his first win and three podiums last round, has jumped up nine places to sit 7th in the Championship standings.

He will be joined by teammate David Reynolds, who returns to the #9 Commodore for this week’s round of racing.

Qualifying will be broadcast exclusively on Fox Sports from 6pm AEST this Wednesday, with the races broadcast live from 7pm on Fox Sports, Kayo, 10 Play, Sky Sports (NZ) and Facebook.