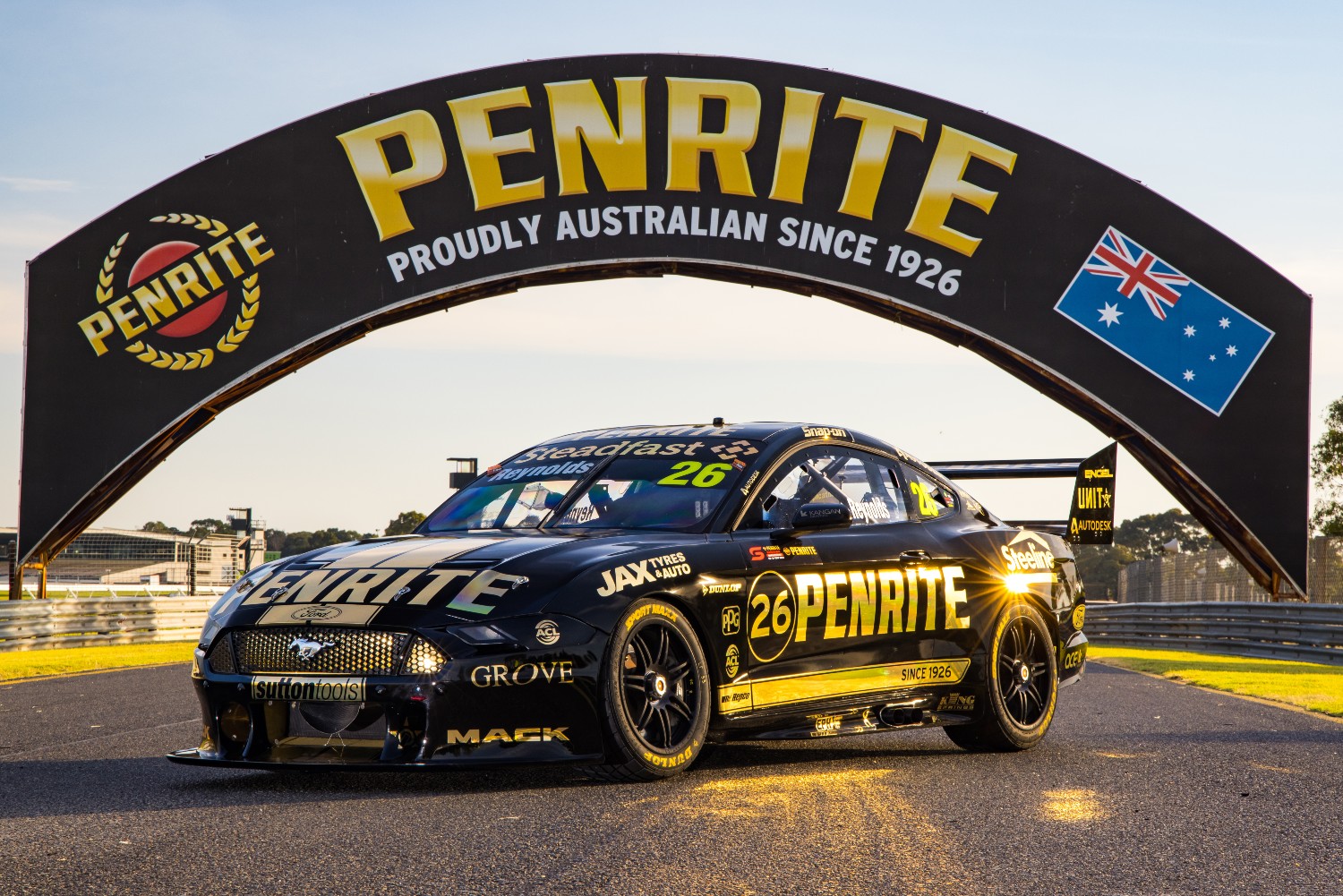 David Reynolds will campaign a retro-liveried Penrite Racing Ford Mustang for his milestone weekend at the Penrite Oil Sandown SuperSprint.

Reynolds, who moved to Kelly Grove Racing in the off-season, will bring up 350 championship starts on Sunday. 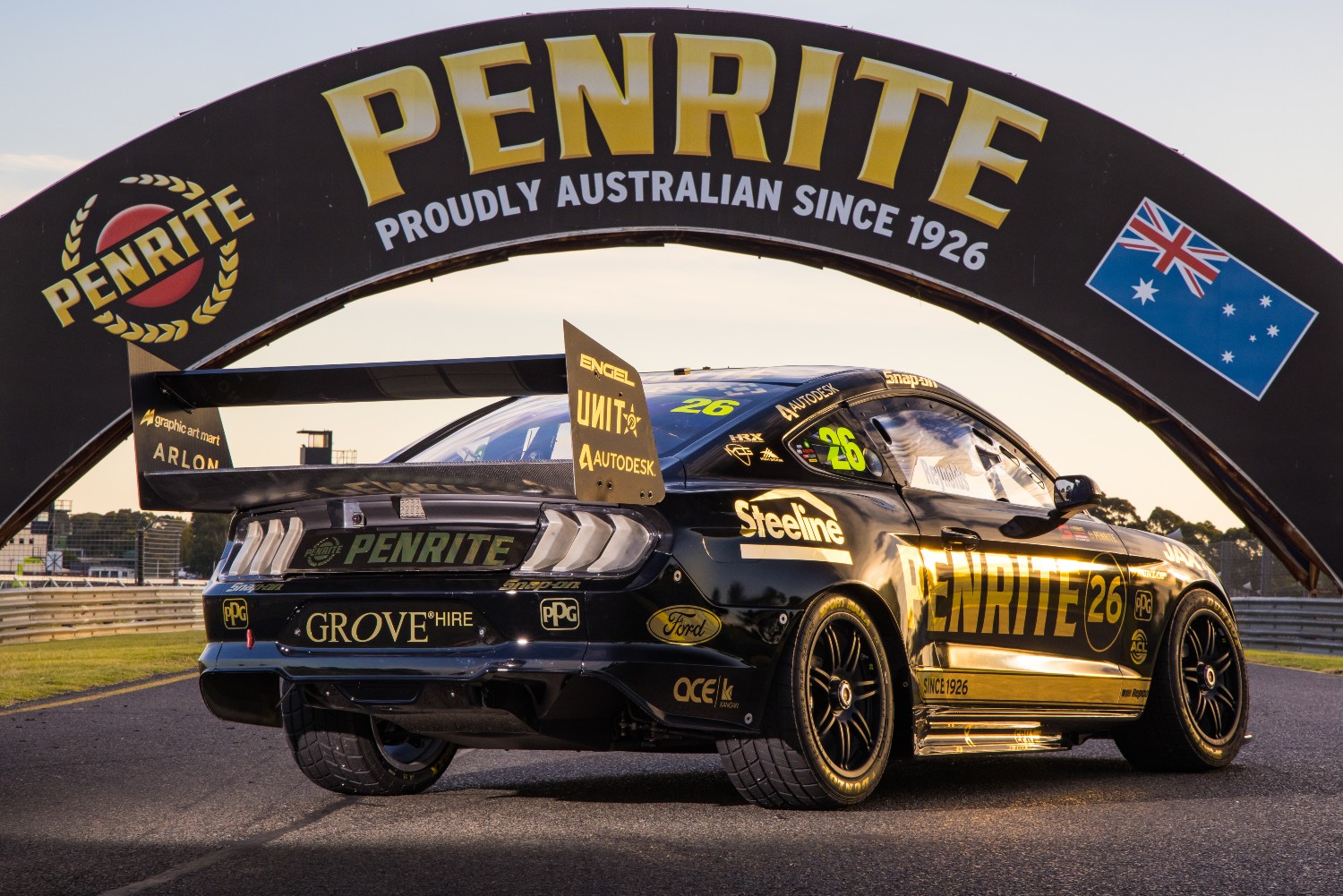 With Sandown being Melbourne-based Penrite’s local round, the family-owned Australian brand went the extra mile to celebrate Supercars’ return to Victoria.

The bespoke livery is displayed in reflective gold chrome vinyl on a gloss black base.

In a striking tribute to Mustangs of the 1960s, the livery features the classic Ford GT stripes over the bonnet, roof and boot lid. 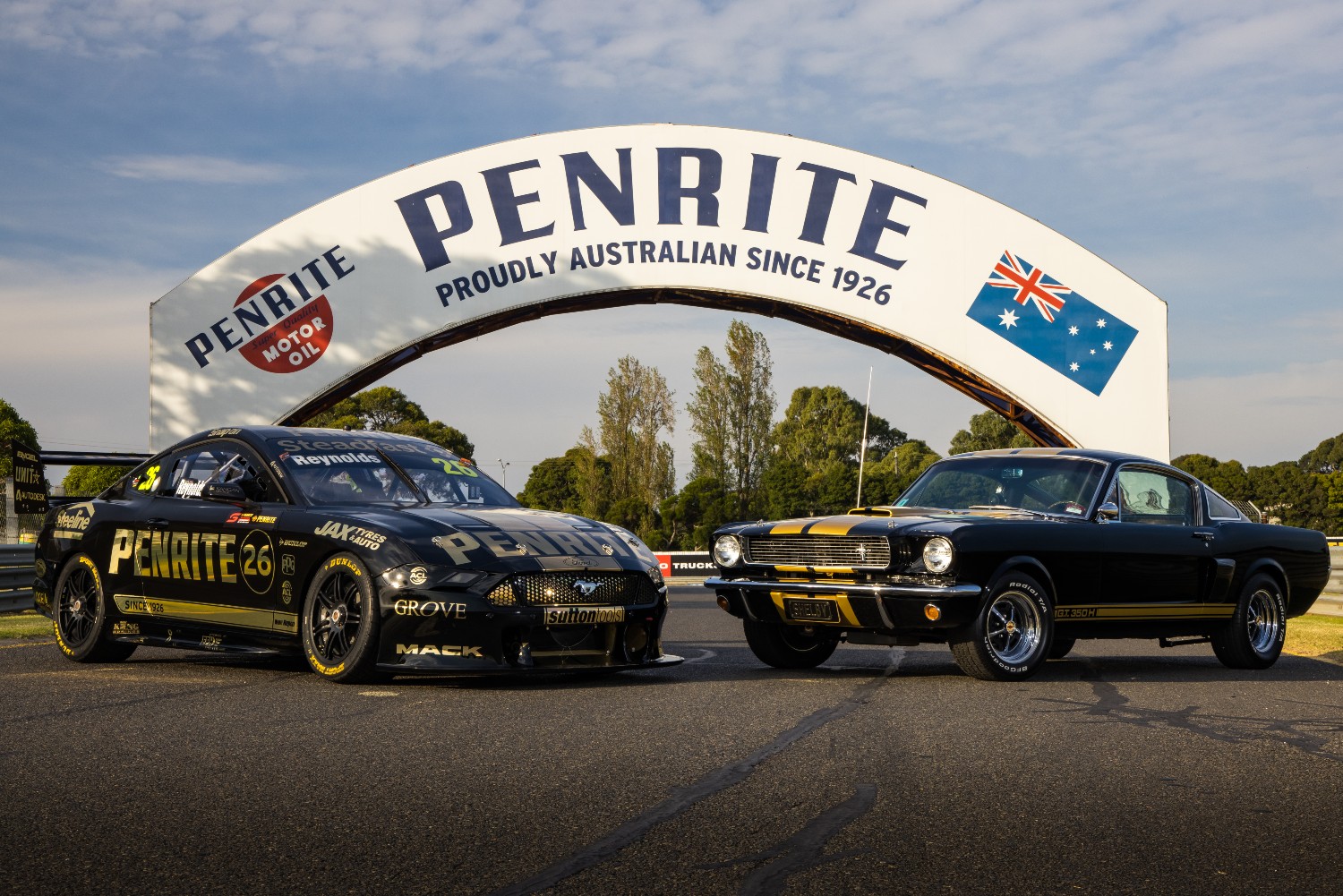 The #26 entry also features retro-inspired roundels on the doors.

The special livery was designed thanks to Kelly Grove Racing’s paint and vinyl partners, PPG, Graphic Art Mart and Arlon.

Fans at the circuit will also be able to purchase a limited edition retro black and gold Penrite Racing T-shirt. 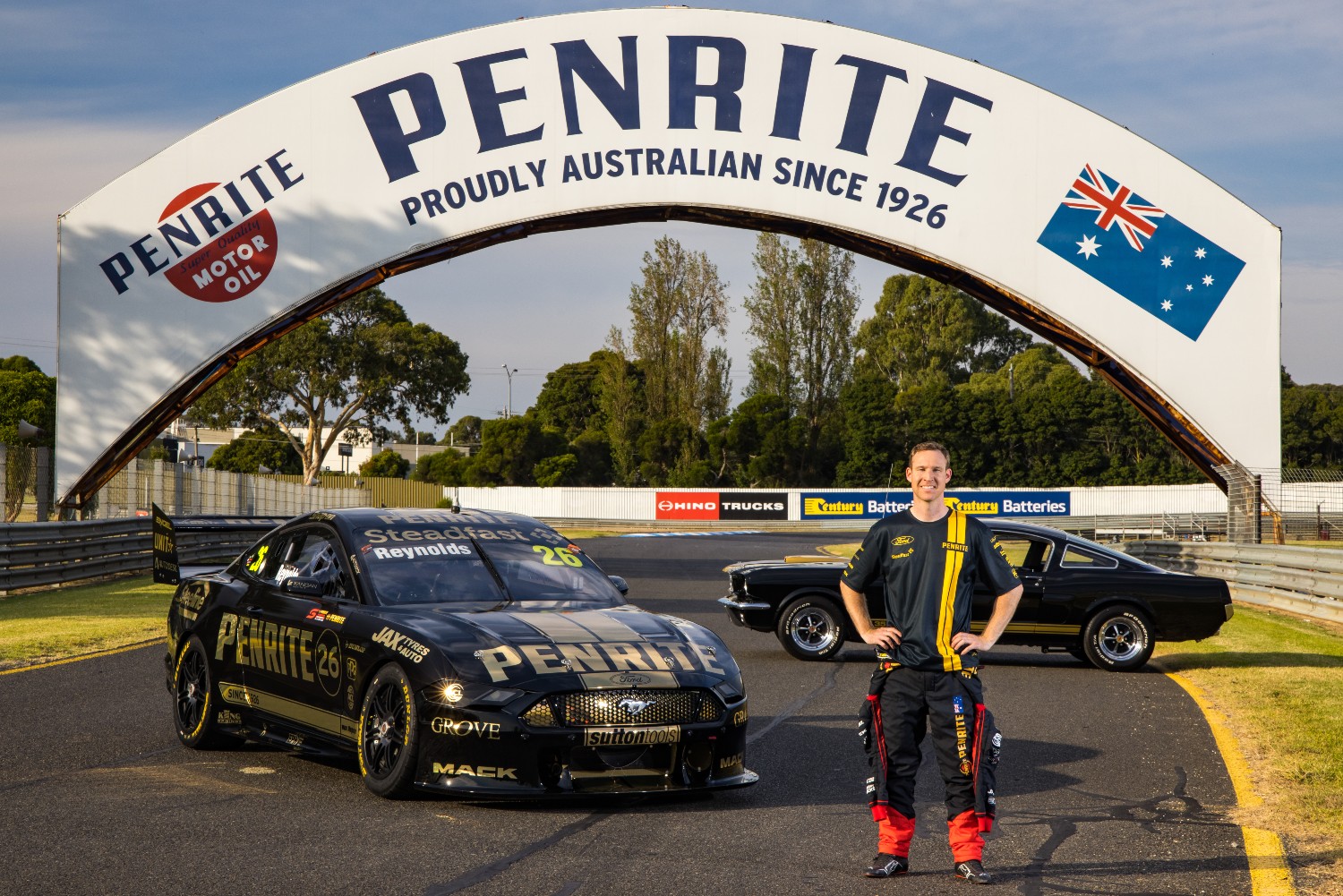 The shirt will be available either from the Penrite Racing store on online through Kelly Grove Racing’s merchandise website.

The special livery will hit the track on Saturday for Practice 1 at Sandown at 9:20am AEDT.