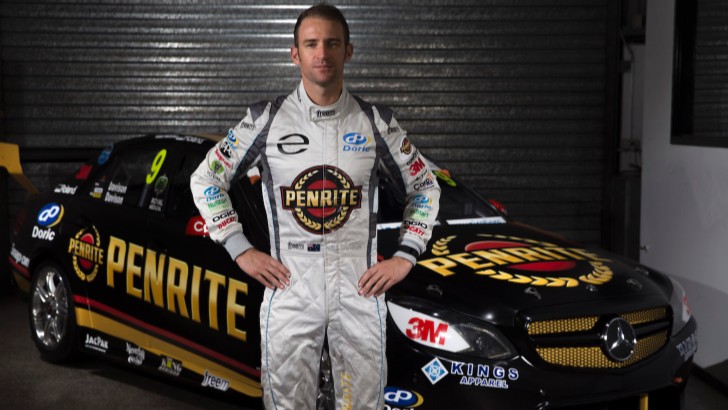 Erebus Motorsport has received a major boost with iconic Australian oil company Penrite extending its association as title rights partner of the Erebus Penrite Racing #9 car for the remainder of the 2015 V8 Supercars Championship.

Following on from the success of Penrite's debut partnership with Erebus Motorsport at the recent Supercheap Auto Bathurst 1000, the strikingPenrite livery will grace racetracks on the Gold Coast, New Zealand, Phillip Island and Homebush.

The extended agreement comes on top of the existing product partnership between the two organisations until the end of 2016.

Erebus Motorsport owner Betty Klimenko welcomed the partnership extension with Penrite ahead of this week's Castrol Gold Coast 600 on the streets of Surfers Paradise.

"It's fantastic to have Penrite's continued support for the rest of the year,'' said Klimenko.

"We had such great feedback on the new Penrite partnership and livery both before, during and after Bathurst. It was also great to see a sponsor so active in engaging with the fans throughout the event. The Team and category will benefit from the way they reach the fans.

"It's exciting to have a proud Australian owned company that wants to grow with us for the remainder of the year.''

Australian family owned and operated since 1926, Penrite Oil Company has been a passionate and active supporter of motorsport in all forms.

Penrite Oil General Manager Toby Dymond said the company was excited to build on its association with Erebus Motorsport.

"Being at Bathurst with the Erebus Team made me realise very quickly Penrite's goals and dreams are aligned with that of Betty and the entire Erebus Motorsport family,'' said Dymond.

"My family's owned and operated Australian company is committed to family values and delivering market leading products to our customers, so partnering with Erebus for the last four rounds of the season is a natural fit. We look forward to having some fun and success over the final rounds of the season.

"Penrite have been delivering cutting edge and innovative products to Australian and international consumers for nearly 90 years and are excited to showcase our specialised 10 Tenths Racing range to the broader motorsport world with the Erebus Motorsport team."

After a strong debut showing at Bathurst in the new Erebus Penrite Racing livery, experienced pilot Will Davison said he was determined to step up onto the podium with his brother Alex at this week's Gold Coast 600 and add to his surfboard collection.

"The Penrite car looked great at Bathurst and we took a lot of positives out of the weekend - the team was firing on all cylinders,'' said Davison.

"We've got massive motivation to finish the year really strongly.

"The GC600 is the final endurance event of the year and the final race driving with my brother, so there's massive motivation for us to get a podium together. We've come close the last few events so we will give it another shot here at the Gold Coast.''