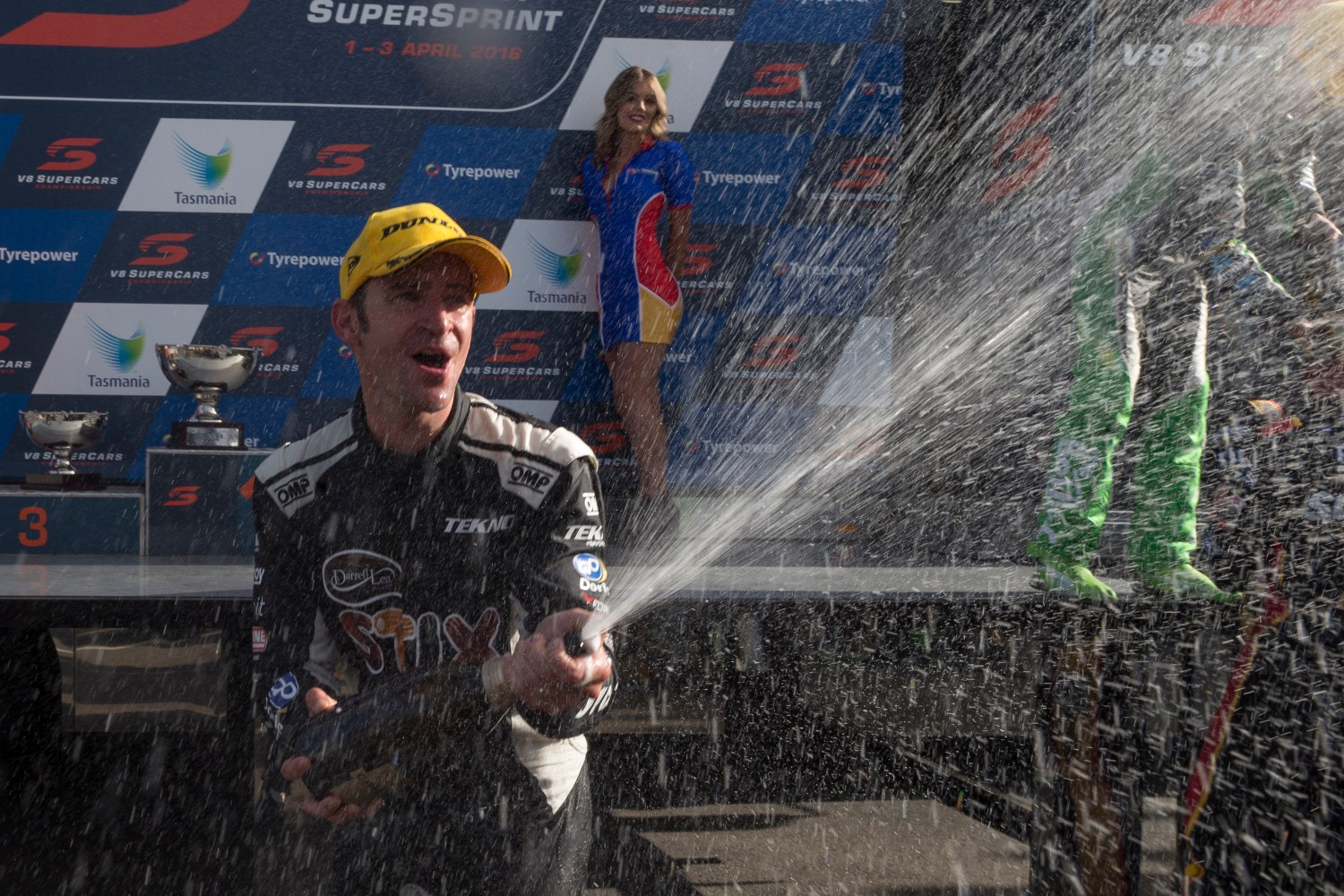 Pole position, a grid penalty, and a race lead falling from the heavens with a handful of laps remaining.

Will Davison’s road to victory in 2016 at Symmons Plains, which will host the next round of the 2021 Repco Supercars Championship, was as turbulent as it gets.

Of his 19 career race wins, Davison’s Race 5 win in Tasmania five years ago remains perhaps his most fortuitous.

His #19 Tekno Commodore was on the pace, with Davison scoring pole position for the Sunday 200km marathon.

Or so he thought; Davison, who had shifted from Erebus Motorsport to replace the Triple Eight-bound Shane van Gisbergen, copped a two-place grid penalty for impeding James Courtney.

Davison set the fastest time of the 30-minute session, hitting the top with a 51.02s flyer with just 30 seconds remaining.

He was docked the pole after he was found to have blocked Courtney at the beginning of the final run.

"I had no idea he was there," Davison said after qualifying.

"The last time I looked in the mirror I had three cars who came out of the pits behind me very slowly.

"We got pole, we had the fastest car so I’m really happy with the lap I did to get the pole position.

"There was no blocking on my behalf. It’s as simple as that.” 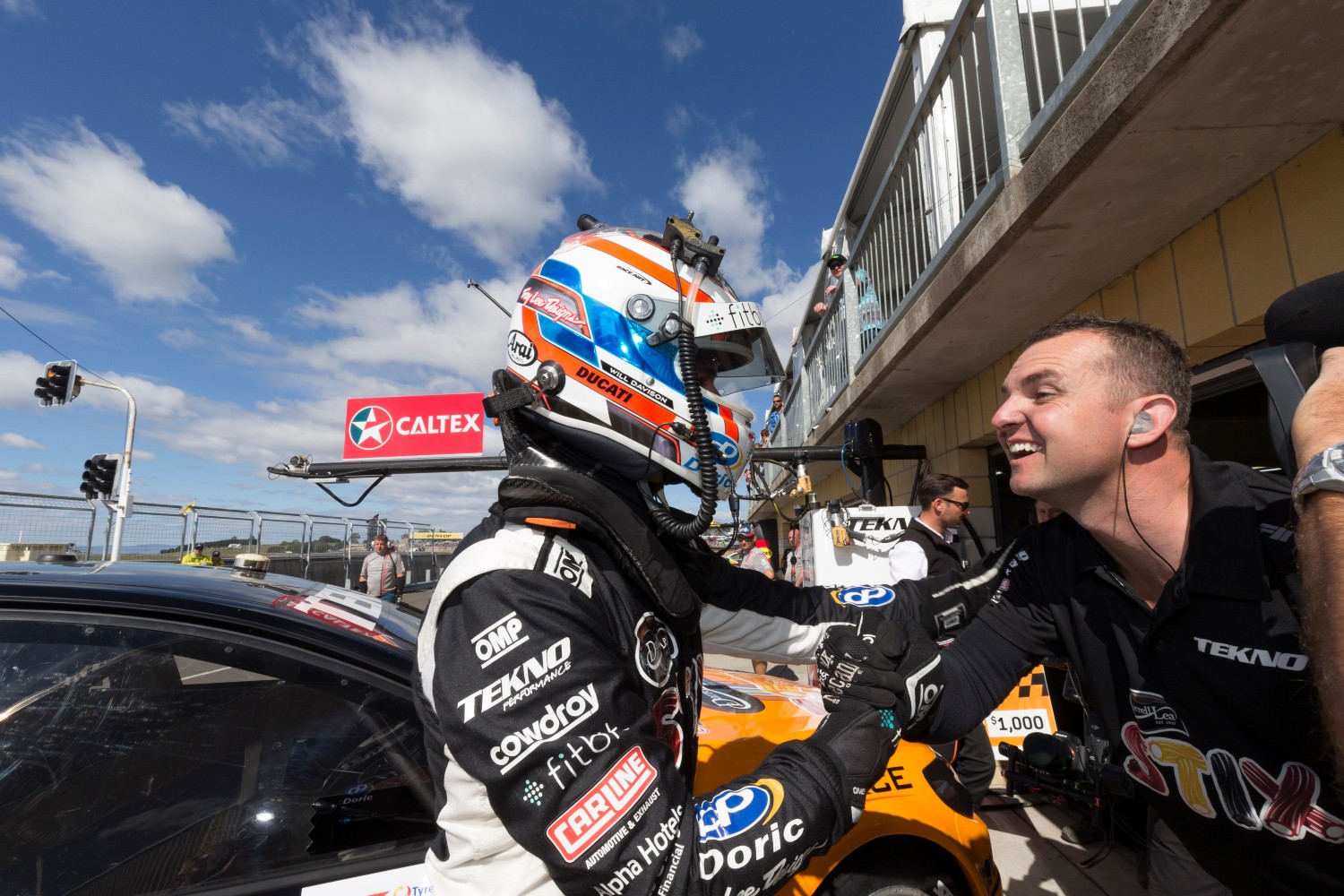 Celebrating a pole that wasn't

The drama promoted Mark Winterbottom to pole ahead of Race 4 winner van Gisbergen.

Come the race, and Davison had to work from behind with a fast car at his disposal.

To lap 80 of the 84-lapper, though, van Gisbergen had nine-and-a-half fingers on the winners’ trophy.

Davison trailed Winterbottom and led Craig Lowndes, and loomed to take a second podium in as many days.

The #19 had muscled its way past Lowndes just two laps before the race flipped on its head, when Cameron Waters’ Falcon dropped fluid on the run to the Turn 4 hairpin.

WATCH: BEHIND THE 2016 TASSIE CHAOS

Jamie Whincup and Andre Heimgartner joined Waters in the run-off area, before a number of others also struck drama.

Like he did at Bathurst later in the year, Davison kept an assured head amid the chaos to keep his car pointing in the right direction.

In the space of three laps, he had gone from fourth to first, and went on to take a race win very few would predicted some minutes earlier.

Seeing van Gisbergen beached in the gravel was almost poetic justice for Davison, who was tasked with replacing the Kiwi and keeping Tekno at the pointy end. 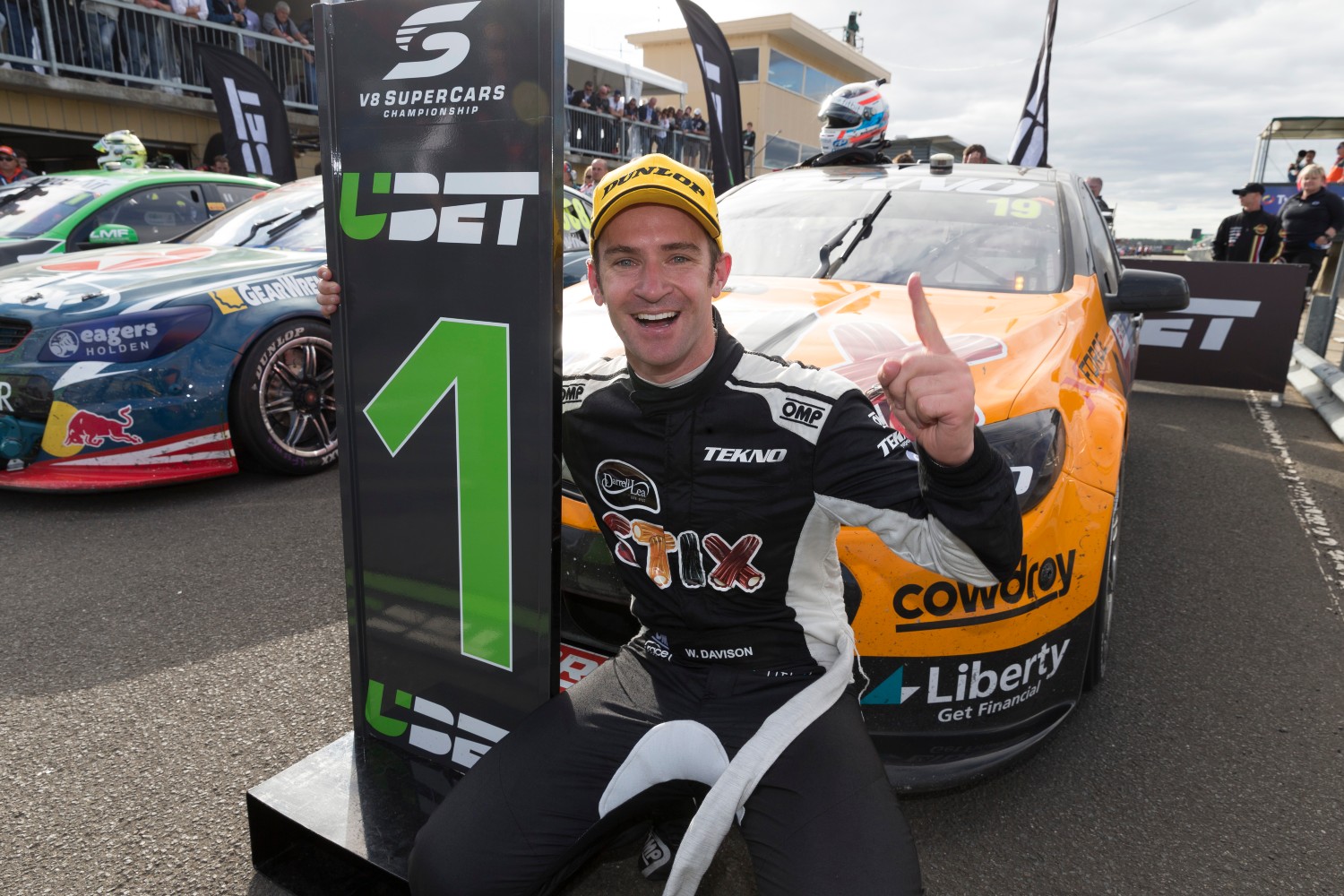 Davison basks in his sensational win

"It's a great sport, and we’ve all been through the highs and the lows," he told the broadcast after the race.

"I’ve been through some great highs, and some unusual lows.

"It's a crazy journey. You can never quite give the emotion as to what it actually means to us, and how much doing this sort of thing does for your confidence.”

Van Gisbergen would go on to win the championship, with Davison fourth, marking his best championship result since 2013.

His Bathurst victory alongside team owner Jonathon Webb remains his most recent win, but it was the Symmons sensation that helped him prove, at least to himself, that he still had what it took after a trying stint with Erebus. 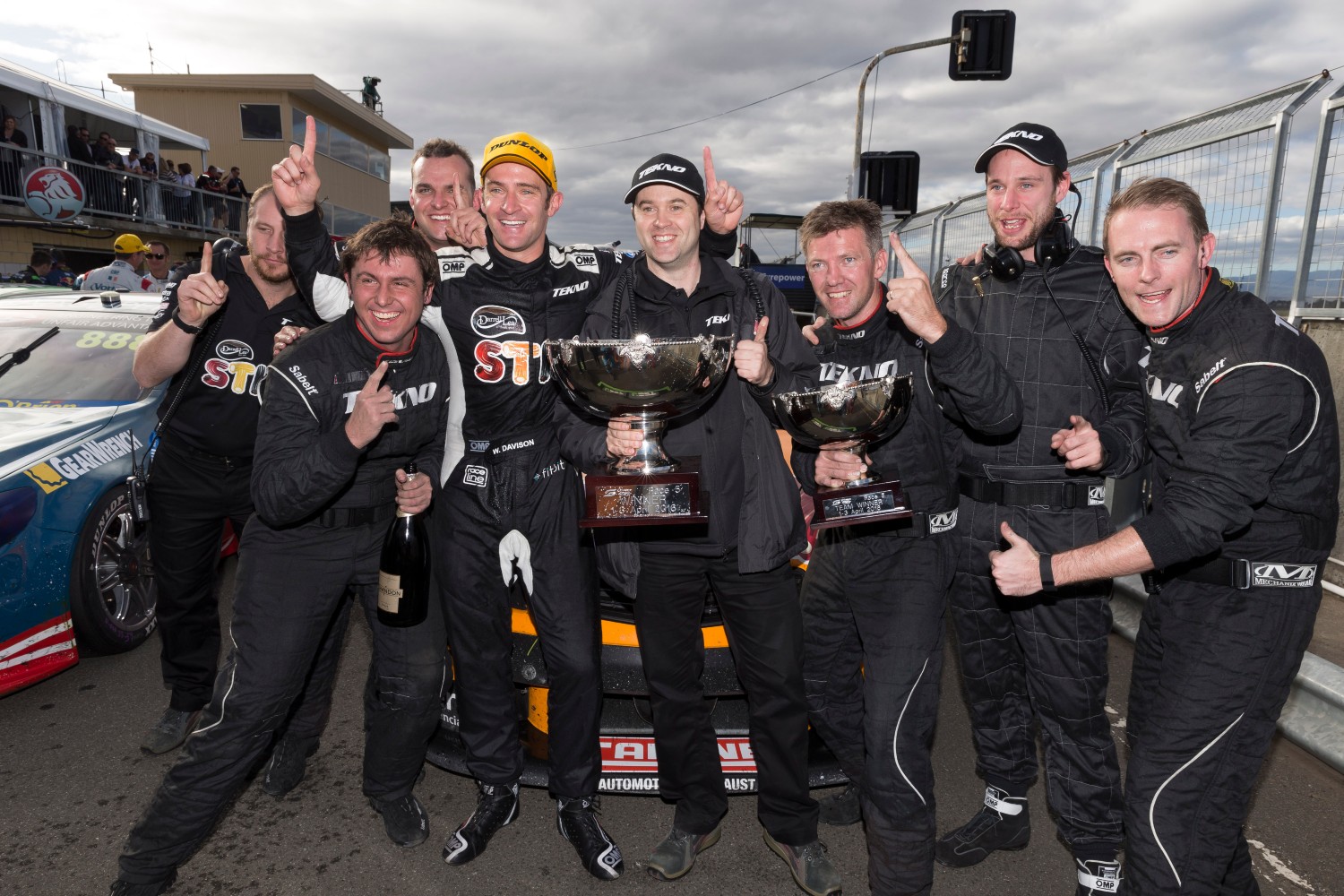 Happy days for Davison and Tekno

"I’m stepping into some big shoes at Tekno knowing that I can do it, but it’s been a couple of years,” said Davison, who currently drives for the Shell V-Power Racing Team.

"To be able to bounce back to this form pretty early in the year is a big weight off the shoulders to be honest.

"It’s all good and well saying you don’t lose confidence, but sometimes you do.

"I left weekends in the last two years where I’m certain that I did qualifying laps as good as I’ve ever done, and races, and you keep telling yourself that… but you’re not up there winning.

"You can keep [saying it] time after time, but until you’re actually back doing it again, that’s when it does the world of good for you.”

Davison will continue his search for a first win in five years at next weekend’s Beaurepaires Tasmania SuperSprint. Tickets are on sale now.