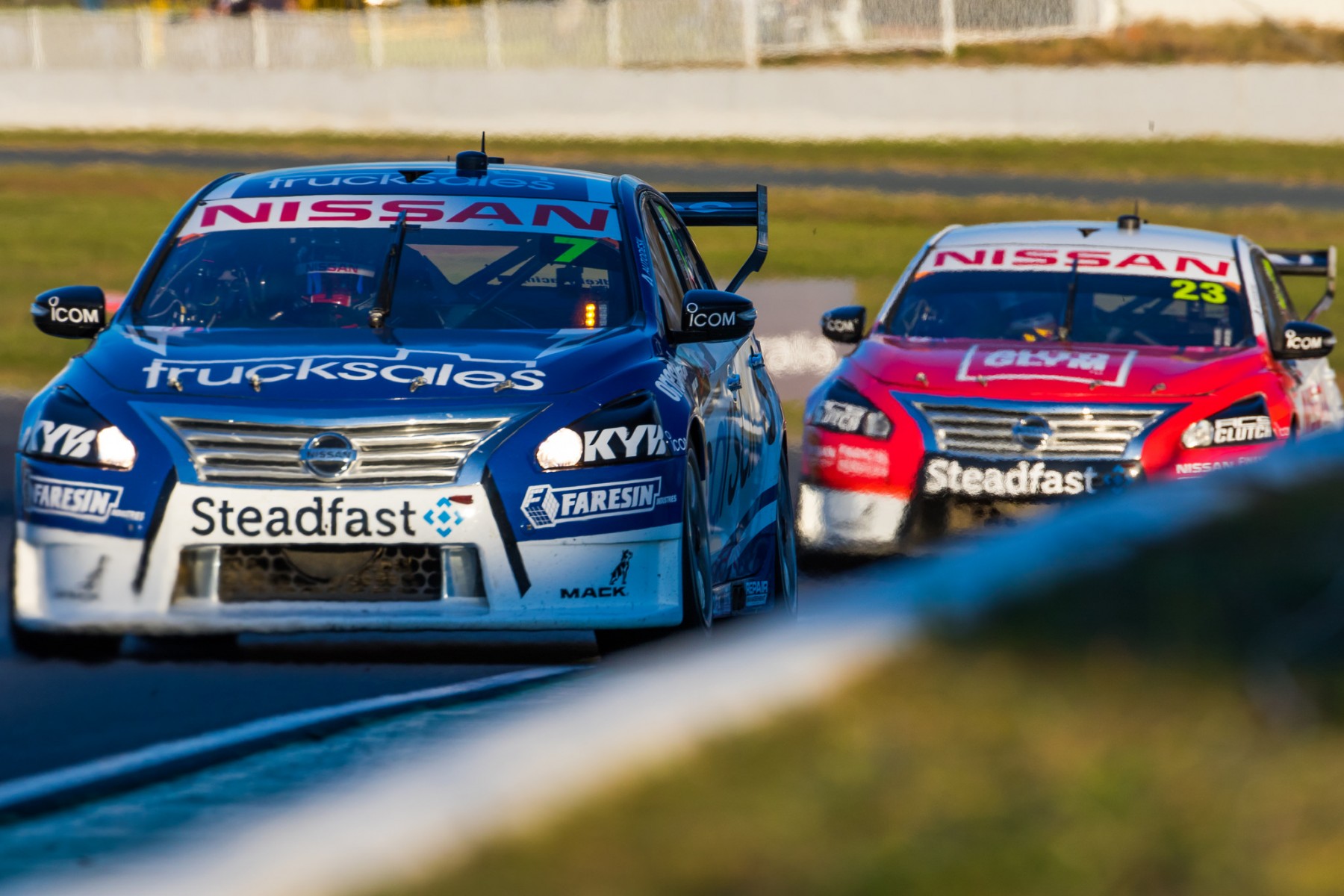 Nissan Motorsport has been hit with $13,000 in fines and deducted 84 teams’ championship points during a horror day for the Altimas at Winton.

The Melbourne-based squad was fined $3,000 and docked 30 points mid-race for failing to control all of its equipment and parts during a pitstop for Michael Caruso.

Pit equipment for Rick Kelly’s car, appearing to be an incompressible jack, was seen falling from the team’s pit gantry and rolling into the next pit bay during Caruso’s first stop.

Post-race, the team has been fined a further $10,000 (of which $7,500 is suspended until 31 December) and 54 points for failing to ensure that an SD Card was installed in Todd Kelly’s car.

The SD Card is required for the operation of the Judicial Camera System, which is used by officials when undertaking post-race investigations.

The penalties compound a rough day for the team, where a 14th place for Rick Kelly was its best result.

Caruso was taken out in late-race contact with wildcard Nissan runner Shae Davies, triggering a late Safety Car that changed the face of the race.

While an angered Caruso gesticulated at Davies after exiting his car, Deputy Race Director Michael Masi deemed that Davies “was not predominantly to blame for the incident and that interlocking wheels of the two Cars caused Car #23’s steering to break”.

Davies was, however, handed a five-second post-race time penalty for careless driving on another Nissan – that of Simona De Silvestro – at turn four on lap two.

Elsewhere, Scott Pye has been docked 35 points for reckless driving on James Golding during a lap 55 incident at Turn 11.

Dale Wood was also in for punishment, handed a 28 second time penalty after the wheels of his Erebus Holden were seen rotating while the car was off the ground during its lap 28 pitstop.

The time penalties drop Wood from 20th to 26th in the final result and Davies from 23rd to 24th.