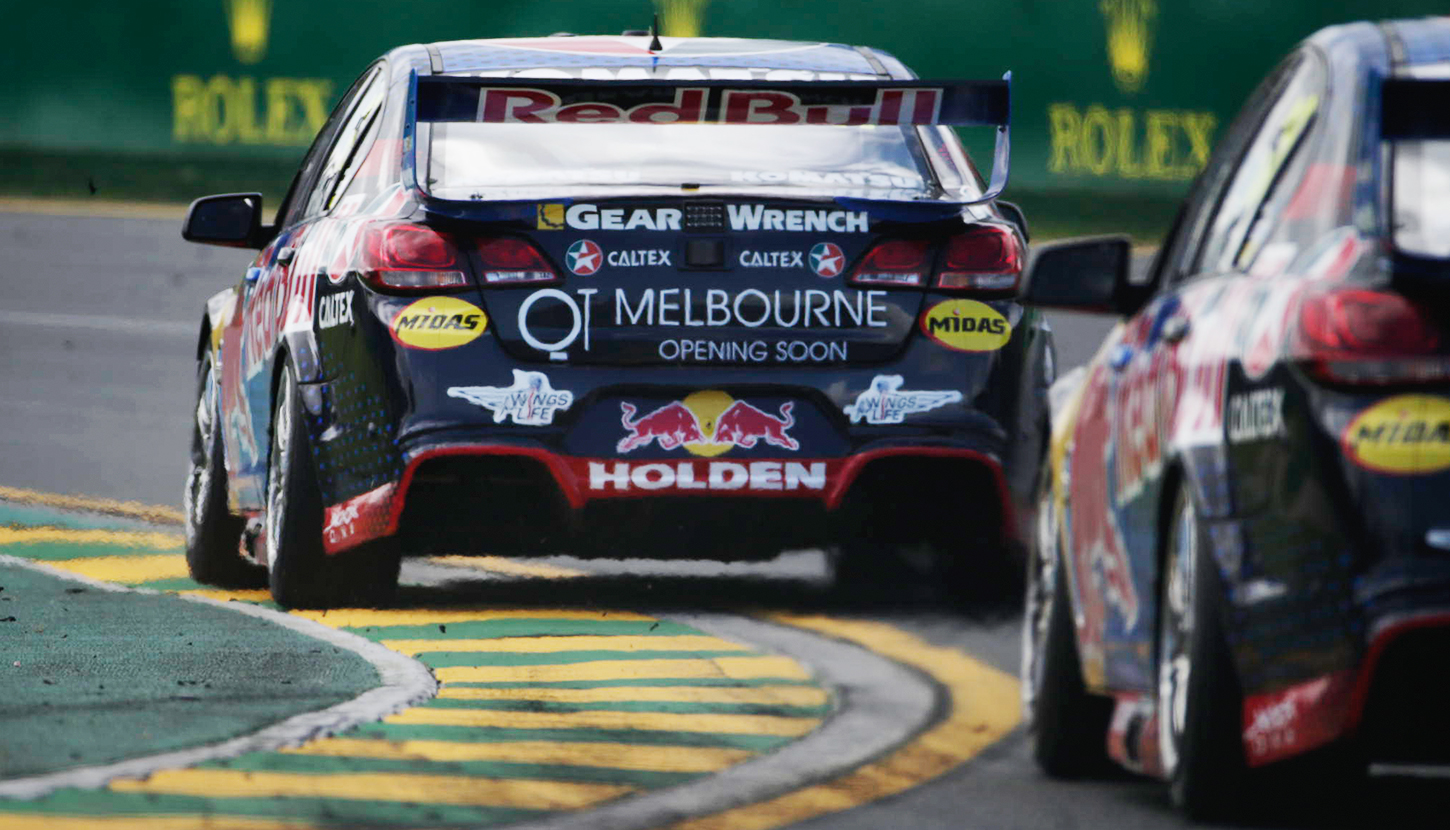 Shane van Gisbergen has admitted his first win for his new team Red Bull Racing Australia came with some consternation as he sized up how to pass his team-mate Jamie Whincup for the lead in the opening race at the Formula 1 Rolex Australian Grand Prix.

“When I caught him up so quick I was like, 'I haven’t had a team-mate for three years'. I didn’t know how to race it, I was wondering ‘do I pull a big dive?” the former Tekno Autosports driver revealed post-race.

“It was clean and fair, we have been told what’s expected of us and I am sure it will go the other way sometimes so it was really good.”

The flying Kiwi was pleased to break his duck for RBRA at only his second event representing the factory Holden team, even if there was no points reward for his effort.

“It is really cool to get one on the board even if it doesn’t count statistically,” he said.

“It feels really good, we had really good speed in Adelaide (at the Clipsal 500) but just struggled for comfort.

“Every time I get in it it feels more and more like home and being able to battle up the front is really good too.”

Van Gisbergen attributed his ability to make the pass to being more aggressive than his team-mate on tyre pressures of his soft Dunlops.

The two RBRA drivers each led twice, but van Gisbergen made the decisive pass when Whincup locked up braking for turn 13 in his Holden Commodore VF.

“I went pretty deep. Shane was very, very quick so I had to go pretty deep to try and hold the position," Whincup said.

“But I was a bit checkmated after the locked wheel.”