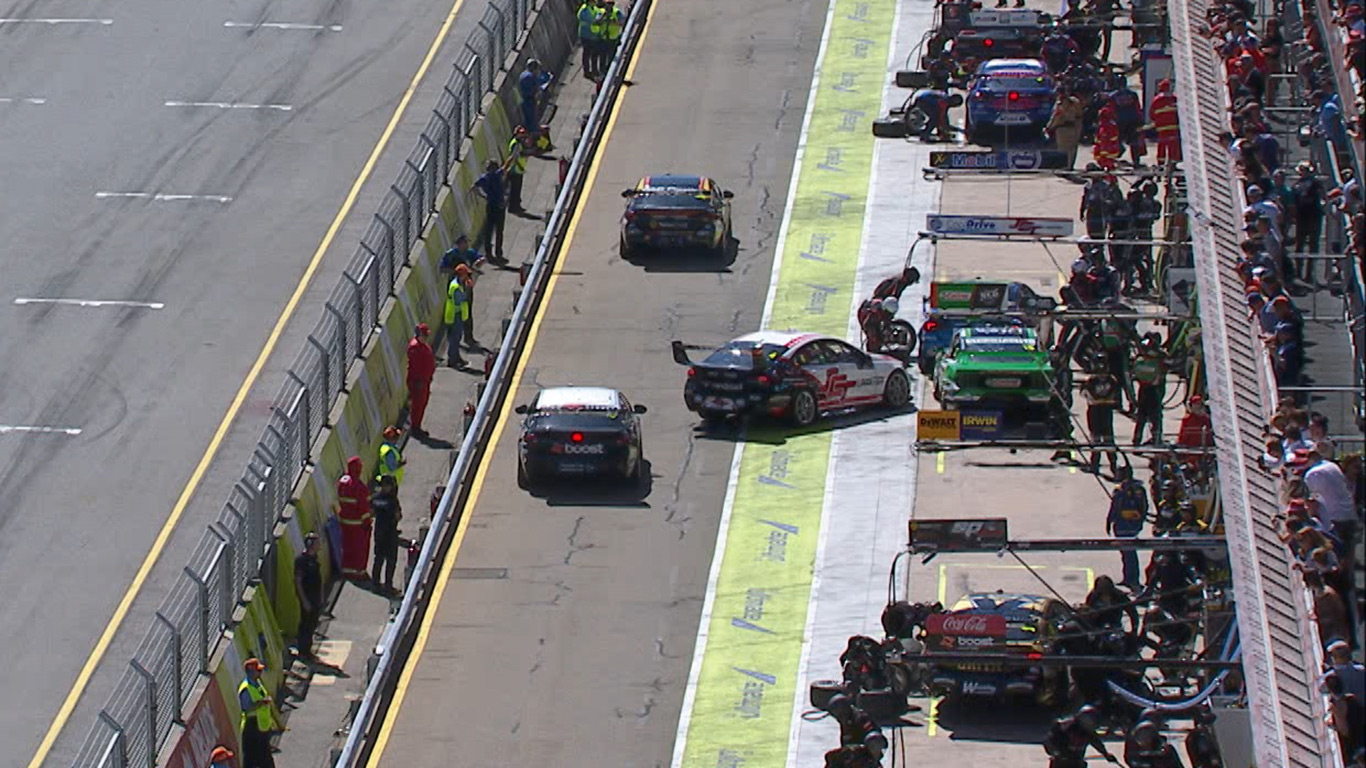 Rick Kelly has lamented a frustrating Sunday run at the Superloop Adelaide 500 that included being boxed-in during a frantic first round of pitstops.

Kelly took the team’s first ever top 10 result running Fords in the season-opening race, rewarding his crew for their tireless efforts across the summer.

The 37-year-old backed that up by progressing from Q1 on Sunday all the way into the ARMOR ALL Top 10 Shootout.

Running strongly throughout the opening stages of the race, it seemed as if Kelly might just one-up his Saturday outing before things went awry when the Safety Car was called on lap 12.

The entire top 15 on track all charged into pitlane, with multiple cars forced to double-stack – including Jack Smith behind Macauley Jones in the second Brad Jones Racing garage, located directly in front of Kelly Racing’s bay.

While further up the lane Fabian Coulthard had politely parked out of Shane van Gisbergen’s way as he waited for leading Shell V-Power Racing teammate Scott McLaughlin to be serviced, Smith pulled in directly behind Jones – blocking Kelly in doing so.

“We had big issues once we pitted,” Kelly reflected.

“The cars stalled for us which is something we're going to work on and then Jack Smith boxed us in, so we were waiting there, it felt like three hours for the car in front to take off.

“Then I hustled my way back through a few people and passed under a yellow, which is a bad move on my part.

“I didn't actually see the yellow obviously, so I need to have a good look at that and take a bit more notice next time.

“It just kept going wrong, everything we did.”

That overtake of James Courtney into Turn 9 under yellow flag conditions earnt Kelly a 15-second time penalty – the same sanction that had been handed to Smith.

He was able to recover to 13th, keeping him 10th in the championship, while teammate Andre Heimgartner collected a top 10 finish of his own.

“The car is really fast though so that's a massive thing,” Kelly continued.

“It's easy to fix those little issues that we're having, but it's not easy to find car pace, so it's fantastic that we've got it already.”

The next test for the Kelly Racing Mustangs will come at the Australian Grand Prix on March 12-15, where Ford has won five of eight races since championship status was assigned to the Albert Park event.