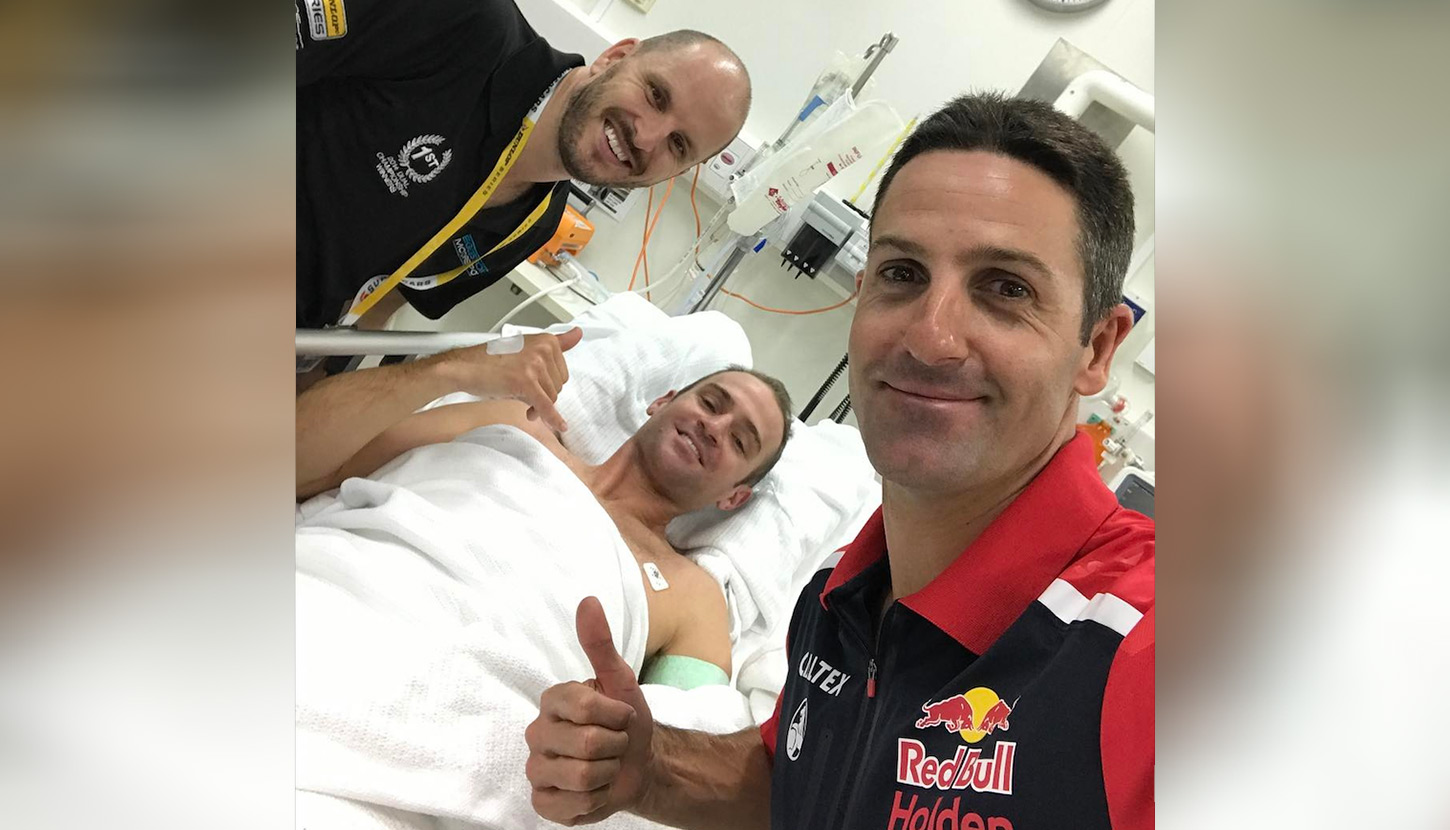 Will Davison will remain in Launceston General Hospital overnight as he undergoes precautionary scans following today’s crash at Symmons Plains.

The Tekno Holden driver had suffered a heavy impact against Rick Kelly’s Nissan during the 12-car pile-up that halted the race.

Taken to the trackside medical centre by ambulance, Davison was then sent to hospital complaining of pain in his lower back.

“He has undergone initial scans that have all come back clean, but there are a few more to go,” a Tekno spokesman told Supercars.com this evening.

“Naturally he’s on a lot of pain killers at the moment and Jamie (Whincup) and Paul (Dumbrell) are here keeping his spirits up as well.”

The six-time champion posted an update on Davison’s scans via social media.

“Good news is CT scan is back and no spine or organ issues, just bloody sore in the lower back and wear the belts held him in,” he wrote.

“Night in hospital on the Endone's and see what rolls tomorrow. I'm sure he'll appreciate a message.”

Davison's Holden suffered chassis damage in today's crash and has been withdrawn from the weekend.

The Tekno team will however return to the circuit tomorrow, preforming their duties assisting with pitstops for TeamVortex. 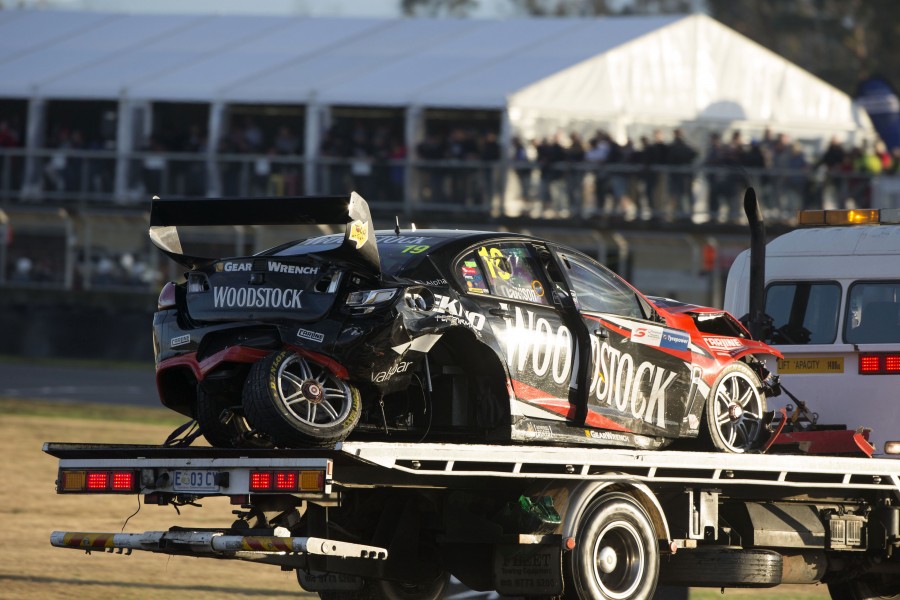