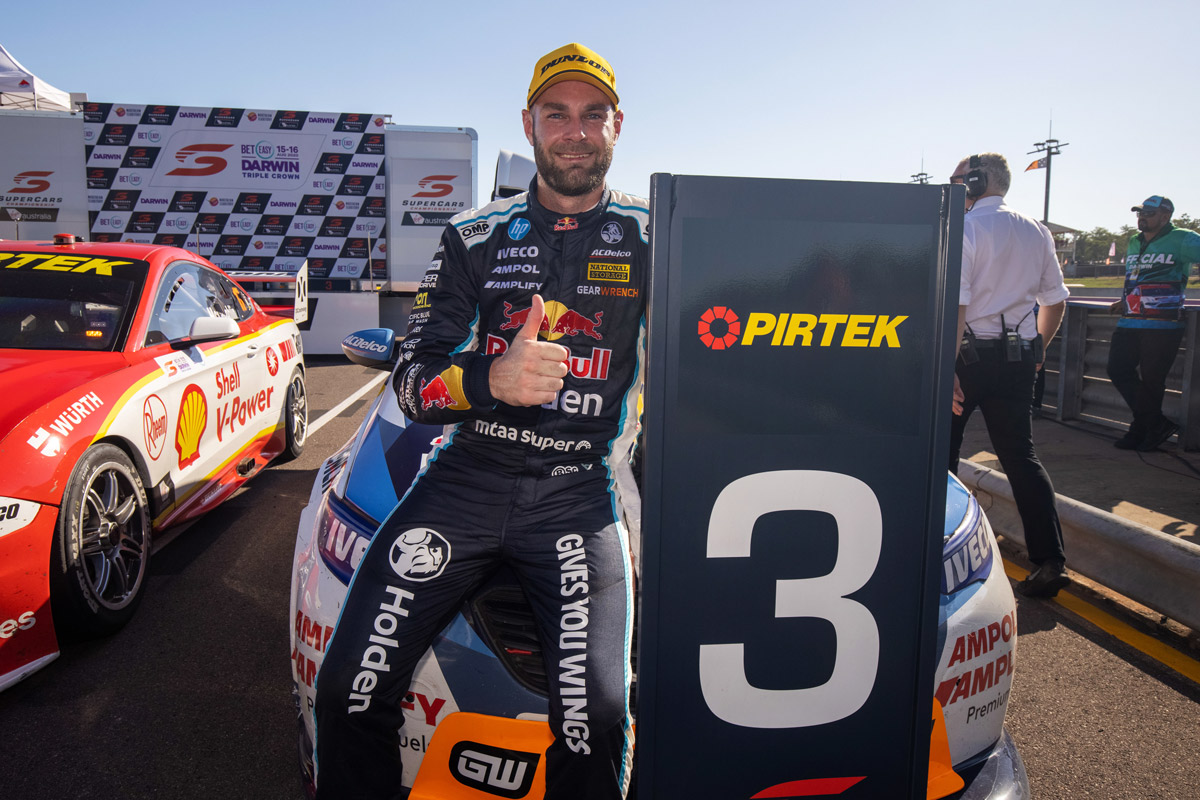 A Saturday night solution helped save Shane van Gisbergen’s round in Darwin after a troubled opening day of running.

Van Gisbergen reported feeling something was awry with the rear end of the car from opening practice and didn’t quite seem his usual self in qualifying down in ninth.

Things would worsen in the race after he was slapped with a drive-through penalty for “avoidable” first lap contact with Nick Percat, recovering to 11th by the chequered flag.

Sunday proved a far happier affair as van Gisbergen took placings of fourth and third; rocketing from seventh to fourth in the title race in a matter of hours.

An overnight fix was the catalyst for the form reversal.

“We found some things in the car which was really good but once the day starts, it’s so quickfire [on Saturday] so we weren’t fully able to analyse,” said van Gisbergen, who declined to reveal the specific problem that had made the car feel ‘terrible’.

“We changed out a lot of parts and did improve the car and some things but yeah we pinpointed it and right from when I weaved up the tyres [yesterday] morning it felt perfect.

“Unfortunately we were a day late with the set-up, it felt like our weekend was starting a day behind but I think we did a pretty good job.

“We just weren’t quite as quick as the front two but it was good to get on top of that issue.

“We missed a day where we could have capitalised on the front two guys making mistakes but all good.”

Having been on the receiving end of some exasperated Percat comments on the Saturday broadcast following their clash, van Gisbergen confirmed he had spoken with the Brad Jones Racing driver.

“To my face he’s all good and seemed to accept my apology and then we had some great racing [on Sunday],” said the 2016 champion.

Hidden Valley Raceway will host another trio of races next weekend as part of the CoreStaff Darwin SuperSprint.