‘Out of the box’ developments boost Caruso 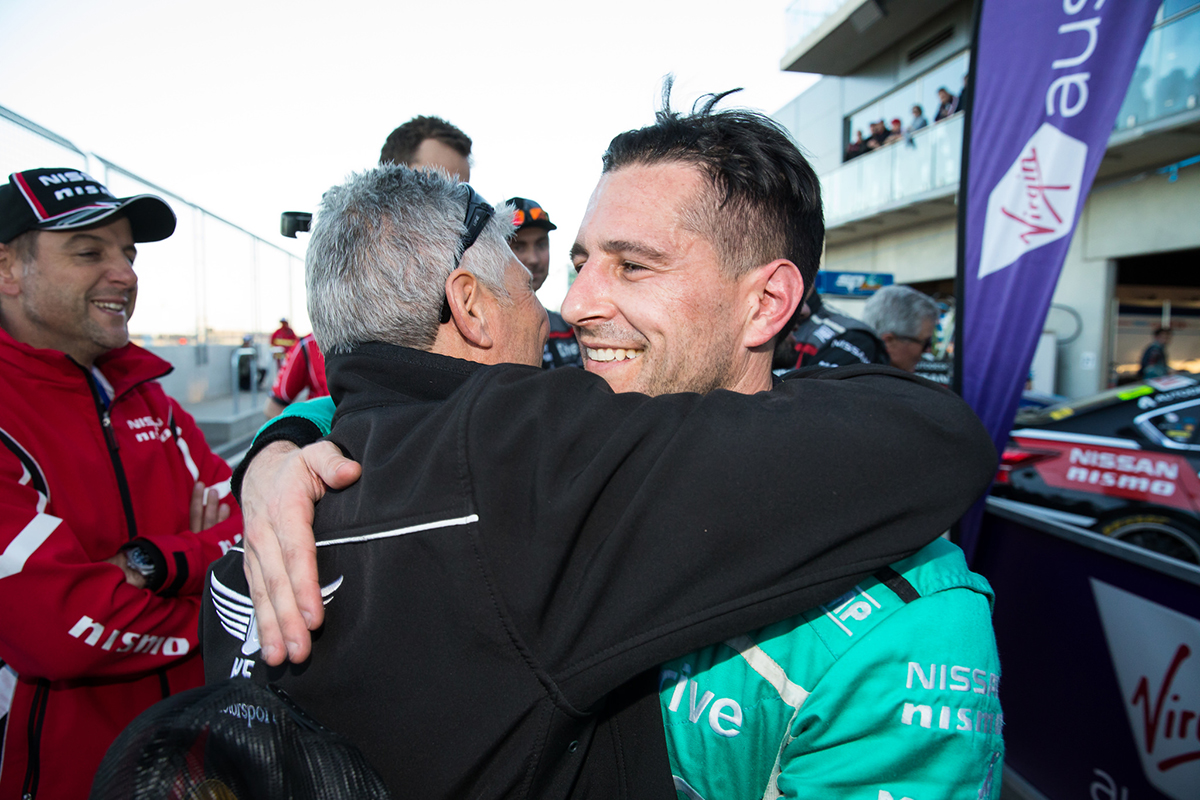 Caruso finished third in his newly-liveried Industrial Athlete Altima, his last podium a win at Hidden Valley in June 2016.

Having been the team's lead driver in the 2017 standings, Caruso has had to play second fiddle to Rick Kelly this year, sitting 16th in the standings.

That includes a failure to start on Saturday in Townsville due to a mechanical failure, and a pair of clashes with Anton De Pasquale in the last three events.

"It's really nice," Caruso said of returning to the podium.

"We've had a really tough run in the last couple of months, so full credit to everyone in our team, to get us back there. 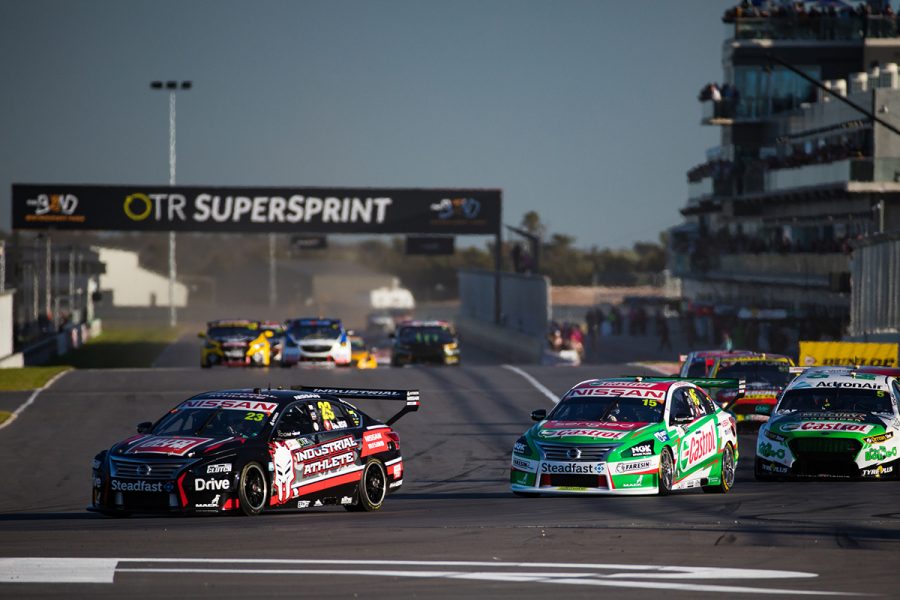 "Between a few little mechanical issues and then obviously being taken out in two of the last three events, it's really tough to get momentum, even if you're fast.

"The speed's clearly there, this weekend we're running some development componentry, which is a great sign because it's out of the box and it seems to be good.

"We mostly need to work on that race speed, but the car speed seems to be very good and we've shown that throughout the weekend."

From third on the grid, Caruso ran in that position early but was passed by Kelly just before the Safety Car period.

Both Nissans gained a place when Jamie Whincup had to double-stack behind Red Bull HRT team-mate and eventual race winner Shane van Gisbergen.

They stayed second and third, Kelly running within two seconds of van Gisbergen into the final six laps. 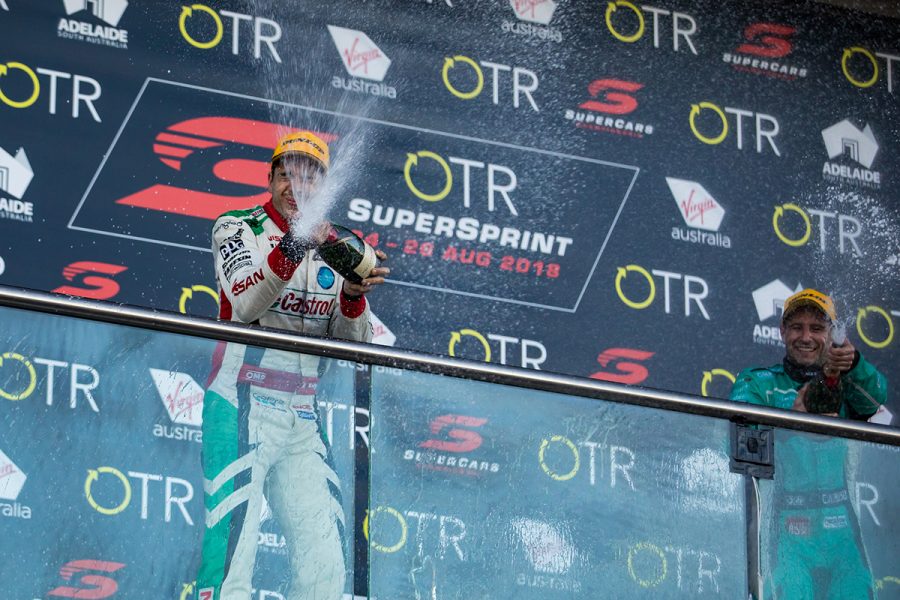 With a fourth podium of the campaign, Kelly moves into sixth in the championship.

"You get yourself into second and your first thought is 'this is good, we're on for a podium'," Kelly said of chasing van Gisbergen.

"And then your mind quickly shifts to 'there's a race win just there in front', so you try everything you can to get that.

"I think we're close to getting the most out of it. There's a couple of tweaks to tidy it up to go again tomorrow."