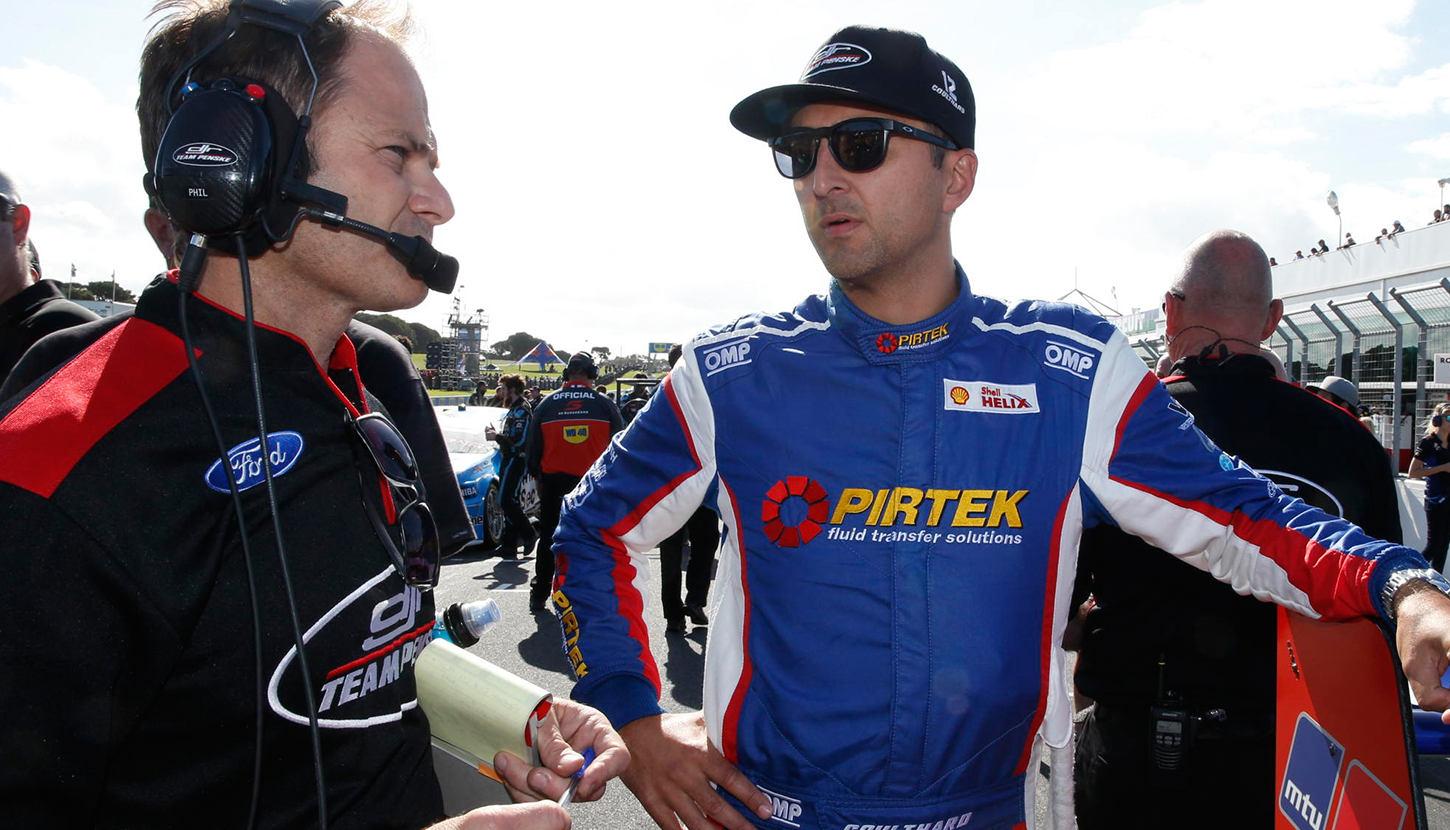 DJR Team Penske must wait until the #12 Ford Falcon FG X is back at its Stapylton workshop to fully diagnose the issue Fabian Coulthard experienced.

After qualifying fourth, he ran into trouble on the warm-up lap, suffering a loss of power.

After a difficult launch off the line, Coulthard pitted on lap two and spent most of the afternoon in the garage as the crew worked hard to fix the issue.

“It was over before it started really,” Coulthard said.

“I did the warm up lap to the grid and then the formation lap, but coming out of turn six, the PIRTEK Ford lost all power and developed a big misfire.”

The Kiwi admitted he thought about starting from pit lane as he wanted to avoid an issue when the lights went out.

“I was actually reluctant to go to the grid as starting fourth it was potentially a high risk to not get the car away.

“Thankfully the guys behind me saw that I was struggling and I just pulled straight over to the left.”

While he was unable to capitalise on his strong qualifying position and back up yesterday’s third position, teammate Scott Pye turned his luck around after a tyre failure yesterday and edged onto the podium behind Mark Winterbottom and eventual winner Scott McLaughlin.

“It is good for the team to score two podiums on these weekends and it keeps our team morale very high.”

"It was great to bounce back today after yesterday’s result,” he said.

“I did not have a radio, so the first pit stop was my call on when to come in. I was trying to watch the guys behind and in front of me to see what they did and I made the first stop on Lap 11.

“The boys did a great job turning the PIRTEK Ford around and we got the pit board working after that.”