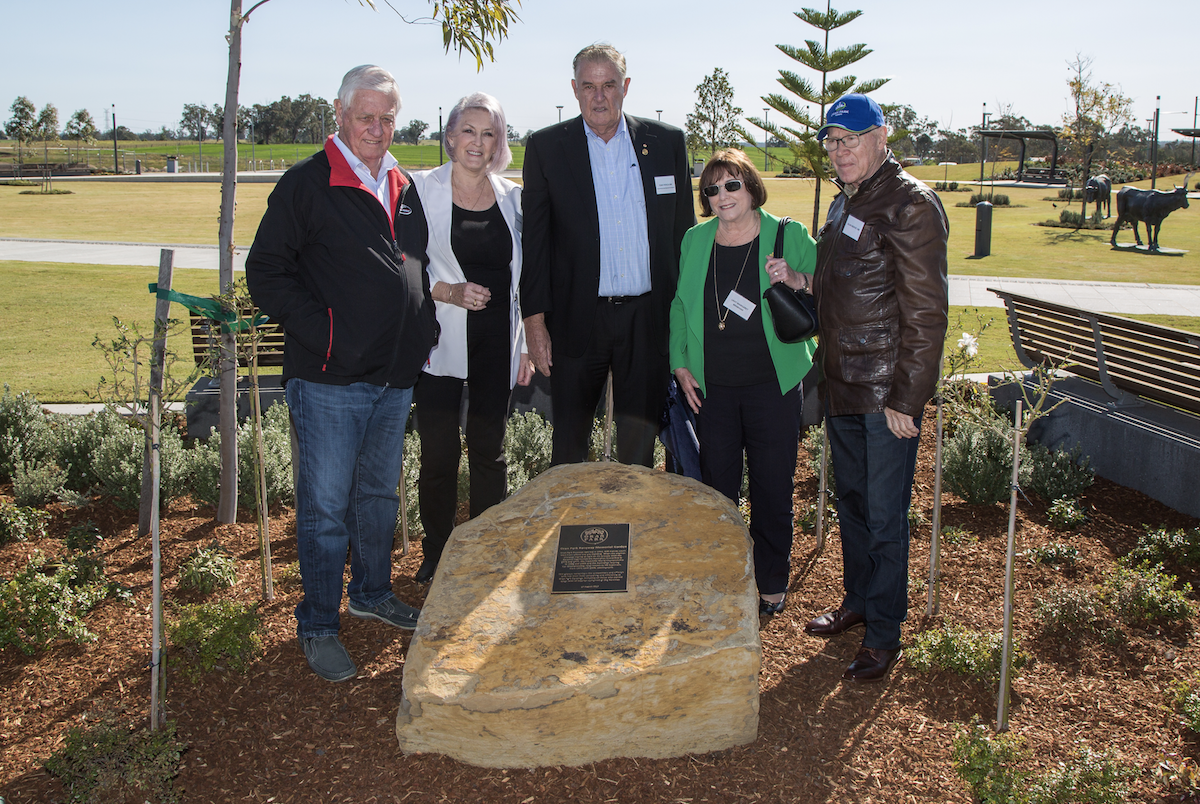 Nine of Australian motorsport’s biggest names have been unveiled as the inaugural inductees into the Oran Park Raceway Walk of Fame.

A ceremony was held at Oran Park Town this morning to open the latest tribute to the now housing development’s racing heritage.

The much loved south-west Sydney circuit shut seven years ago, ending an era that included hosting the ATCC/Supercars every year from 1971-2008.

Supercars Hall of Famers Peter Brock, Dick Johnson, Allan Moffat and Mark Skaife were among those to be honoured, alongside modern-day legend Craig Lowndes.

Moffat and Johnson attended the ceremony, while the late Brabham and Brock were represented by Lady Margaret Brabham and Beverley Brock respectively.

“Here at Oran Park Town we’ve always tried to weave the memories of the circuit into what we’ve done. History is tremendously important to my family,” said Tony Perich. 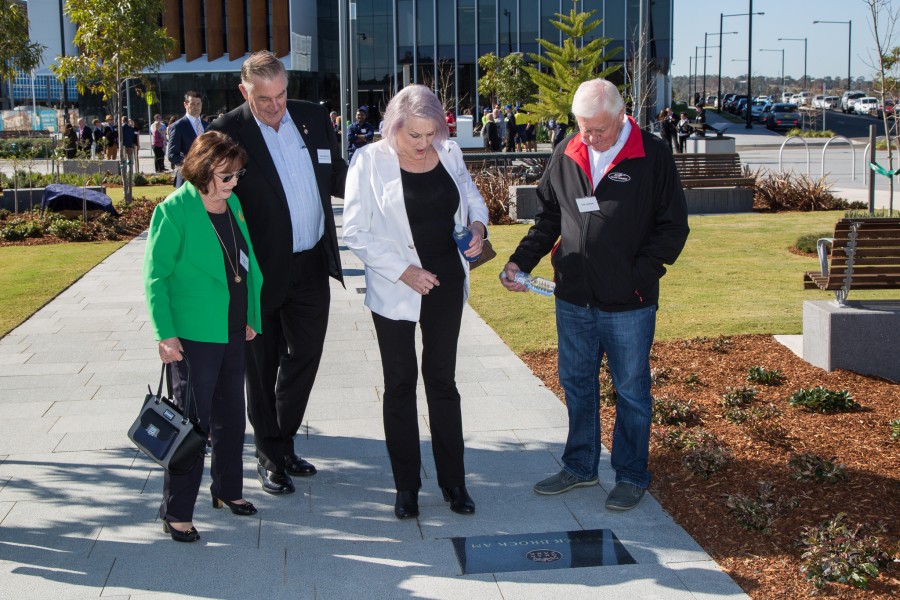 “I remember walking up to Allan Moffat and wishing him good luck before a race when we first took over the track,” said Perich.

“Allan looked straight ahead and said ’Don’t talk to me before the race, I’m concentrating!’ He went on to win the race easily so it must have worked!”

Moffat’s trip to the town also saw a visit to Moffat Street – one of many roads that throw back to its racing past.

“This is a wonderful honour and I’m so pleased to be here to see it unveiled,” he said.

Johnson won two ATCC races at the circuit during his storied career, taking victory in 1981 aboard his Tru-Blu Falcon and 1988 in a Shell Sierra.

“I first came to race at Oran Park on my honeymoon,” he said. “It came a long way from the track it was then to the facility that hosted the Supercars Grand Finale in 2008.”

The Perich family have already selected almost 30 drivers and riders to be honoured in the Walk of Fame, with further inductees to be named over the coming years.

A plaque was also unveiled today commemorating all the competitors and officials who lost their lives at the circuit.

“The memorial plaque doesn’t list names, at the request of some of the families who did not want to see their loved ones named," explained Perich.

"We respected their wishes, but we’ve left room on the memorial in case anyone would like to add something to commemorate a loved one in the future."