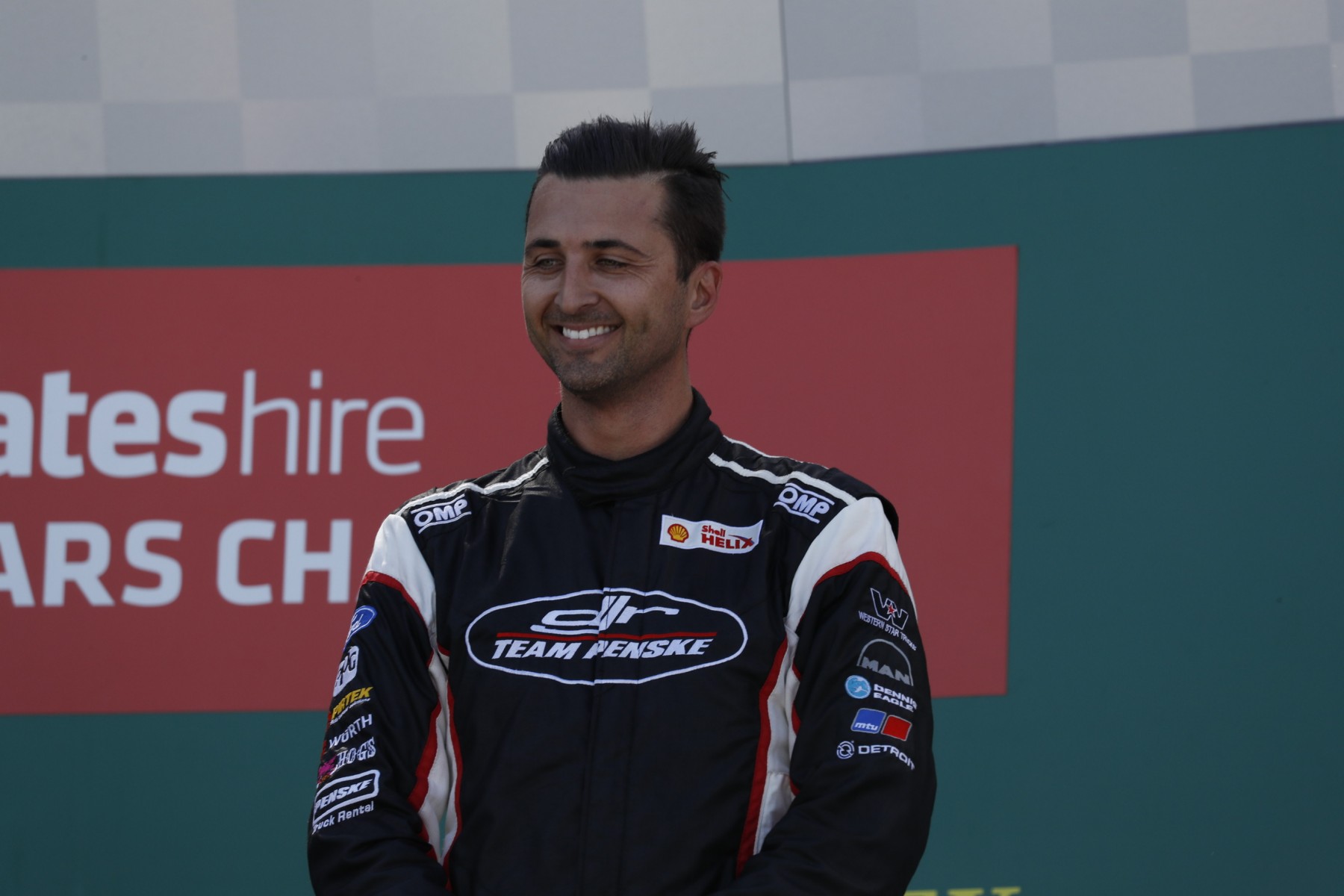 Fabian Coulthard is happy with the progress his DJR Team Penske team has made across the four days at the Australian Grand Prix and says there’s still more to come for his developing team.

This weekend was the Kiwi’s second outing with the newly expanded team, and while Coulthard is still learning about the Ford Falcon FG X, he was able to lock in two fourth place finishes, a fifth and a second across the meeting.

That speed backed up the ARMOR ALL Pole Position he earned at the season opening Clipsal 500 Adelaide.

The Coates Hire V8 Supercars Challenge was won by Shane van Gisbergen this weekend, who is also adjusting to a new team at Red Bull Racing Australia.

“I'm pretty happy to see how our team has progressed as the weekend has gone on. It's been a consistent weekend, and to round the weekend off with a podium for DJR Team Penske is pretty cool,” Coulthard said after his second place finish.

“I got a blinder start and was able to get past Jamie [Whincup in P2].

“Shane and I had a good battle there at the start, and as the race went on we didn’t have the pace to match Shane.”

Coulthard was the closest competitor to a dominant Triple Eight on soft Dunlop tyres, though Whincup was struck by a mechanical issue in the final race.

It was an ominous warning to the field, seeing the T8 Commodores lock out the podium in two races.

“It's good to break it up, but they have been strong and they're still the benchmark, so there's still a bit of work to do. But I'm happy with our progress during my short time with the team.

“The car is very different to drive but I'm still figuring out how to drive it. It's all progressing in the right direction and it’s nice to know we're finishing third when there's still more to come.”

While the run at the Australian Grand Prix was not a championship event, the boss still had his eyes on his team’s progress.

Coulthard revealed Roger Penske had contacted him across the meeting.

“It's pretty trendy to qualify up the front, so it's good we've got good car speed, and it's also nice to know that Roger is on the other side of the world watching.

“He sent both Scott [Pye, teammate] and I a message yesterday. He's got a very big vested interest.”

Though he was up the front in the final laps of the Clipsal 500 Adelaide Sunday race, Coulthard received a post-race penalty for failing to meet the minimum fuel requirement in the rain-affected race.

He sits 17th in the points heading to Tasmania, the home of his first Championship race win.

2016 Formula 1® Rolex Australian Grand Prix  ›
Stay In The Know
Sign up to the Repco Supercars Championship Newsletter
We use cookies to ensure we give you the best experience on our website. If you continue to use this site, you agree to the terms and conditions identified in our privacy policyOKPrivacy policy