Supercars has a rich history in New Zealand, and the final race in Hamilton in 2012 was one of the best.

Of his 38 career wins, Mark Winterbottom’s Sunday success was one of his best.

Like he did at Sandown later in the year, and at Mount Panorama in 2013, Winterbottom bested his great rival Jamie Whincup.

So much was at stake on the Hamilton streets on April 22, 2012, with Triple Eight and Ford Performance Racing sharing the wins to that point.

Both teams dominated the 2012 season, scooping all race wins on offer. 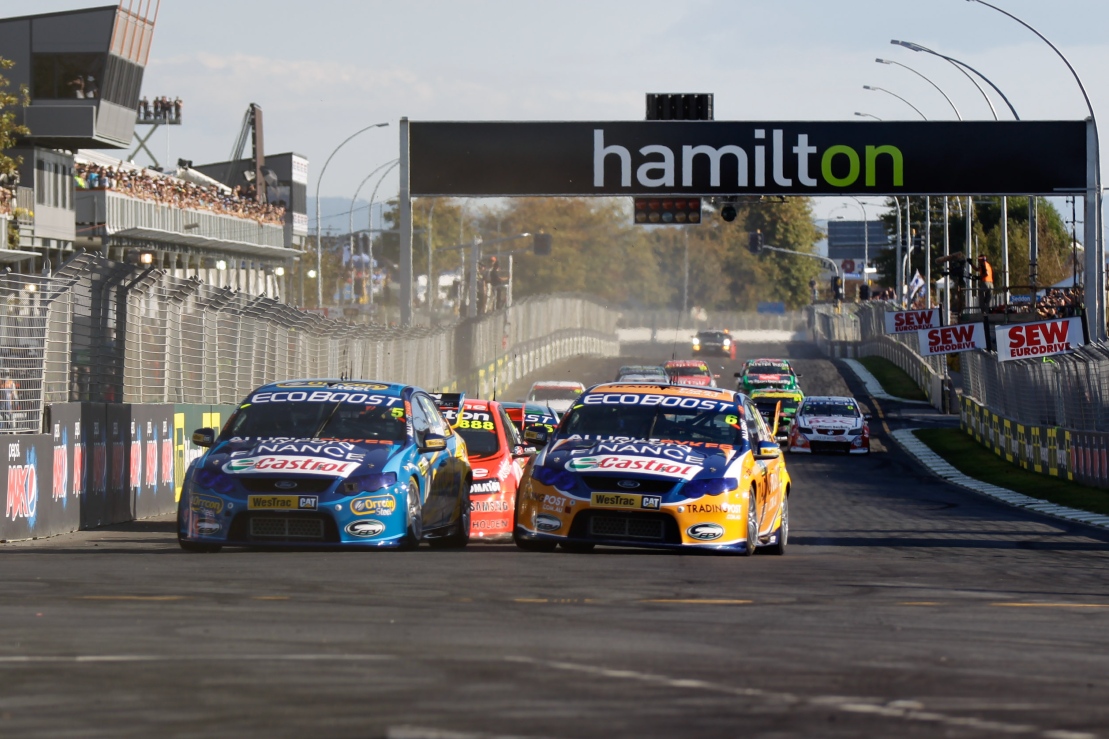 After falling short to Triple Eight year after year, FPR loomed to turn the tables in 2012, with Winterbottom’s win, which followed Will Davison’s Adelaide 500 breakthrough, signs that the tide was turning.

Whincup didn’t make it easy for Winterbottom; the #1 TeamVodafone Commodore closed a three-second margin over the final 10 laps to push Winterbottom all the way.

Winterbottom was also baulked by a backmarker in David Wall late on, which drew Whincup ever closer.

Both drivers ticked off their chicane shortcuts to push each other to the edge on the final lap, with Winterbottom edging away to win by 0.7s.

It came after Whincup, whose future teammate Shane van Gisbergen claimed a maiden win a year earlier, wiped away his driver’s side mirror exiting Turn 3. 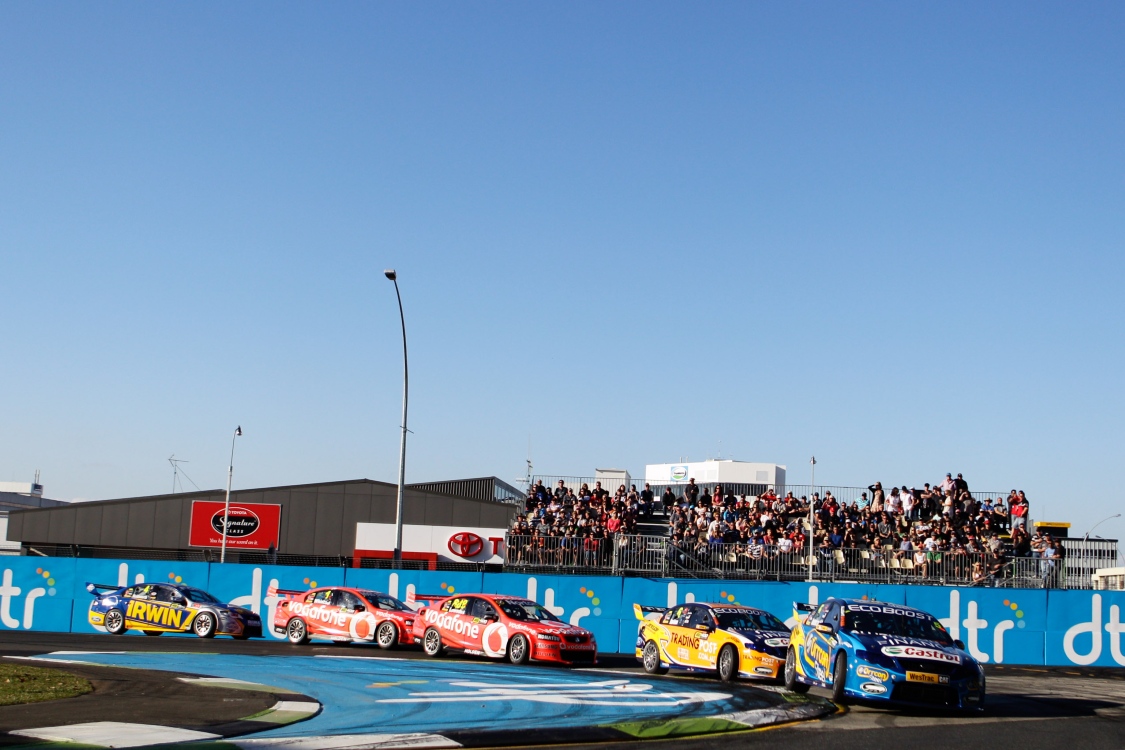 Winterbottom leads the field around Turn 2

It was a sterling effort by Whincup, who crashed his car in qualifying, forcing his team into a quick repair job.

For Winterbottom, though, victory in his 250th race start proved an emotional affair as he clinched the memorial trophy in the late Mark Porter’s name.

"It’s obviously nice to finish the last time here with a win, and to get the lap record as well I’ve had a pretty special day,” he said after the race.

"A win anywhere is fantastic, but particularly when you’re the last one to win [the trophy]... it’s pretty special.

"I was just trying to get to the end really… I knew it was going to be on.

"I kept a kerb strike until the end to just go as fast as I could through the chicane… that probably helped hold on as well. 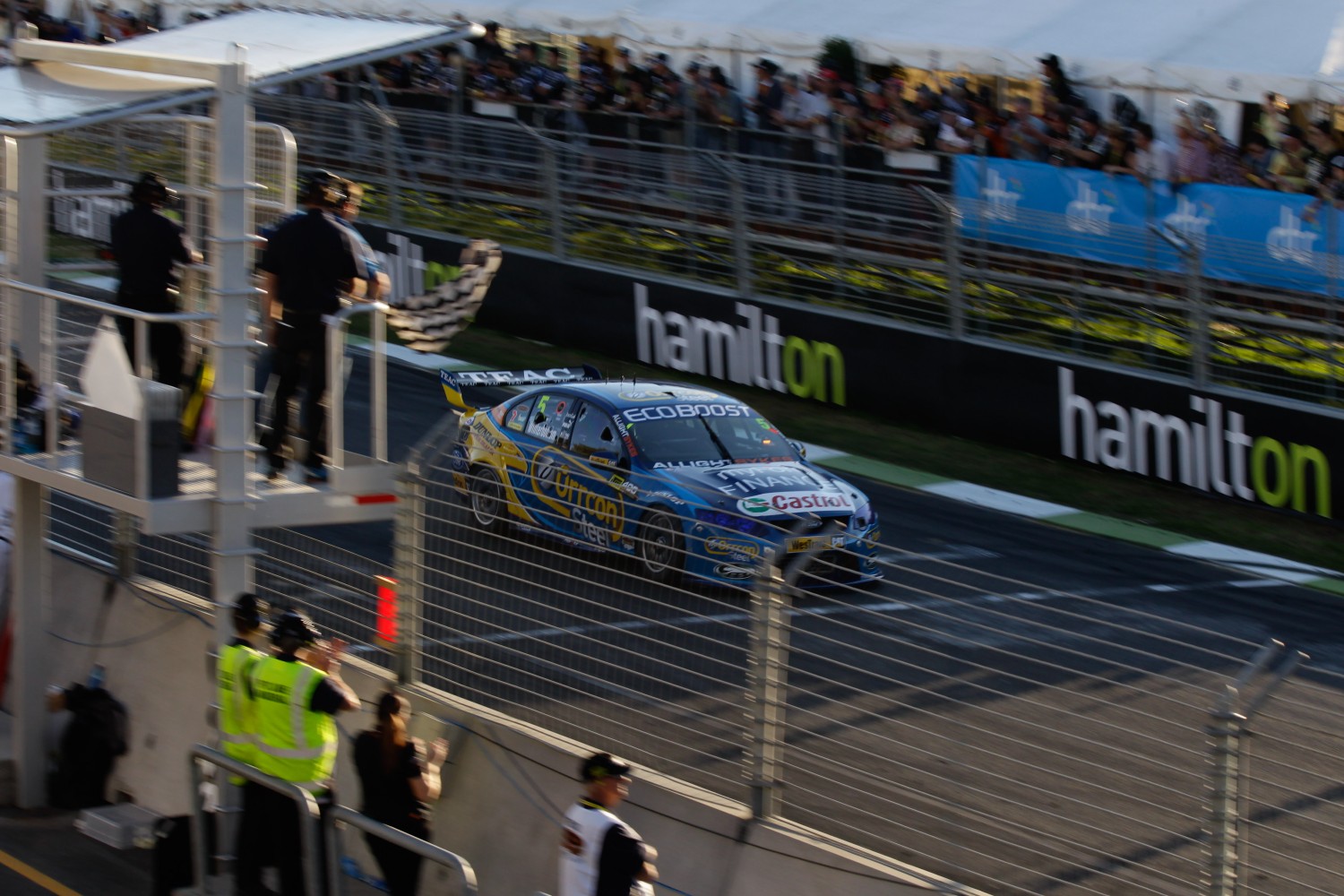 “[Wall] didn’t do me any favours about two laps earlier… I thought he’d block Jamie but he moved out of the way and that got the gap real close.

"So I had to try and survive with about three to go. [Whincup] definitely had better tyres at the end than I had, so it was about going in slow and getting out fast to make sure he didn’t have a run.

"Into [Turn] 1 he got close but I got as far right as I could, pulled first gear and tried to get out. I did the same at Turn 2. 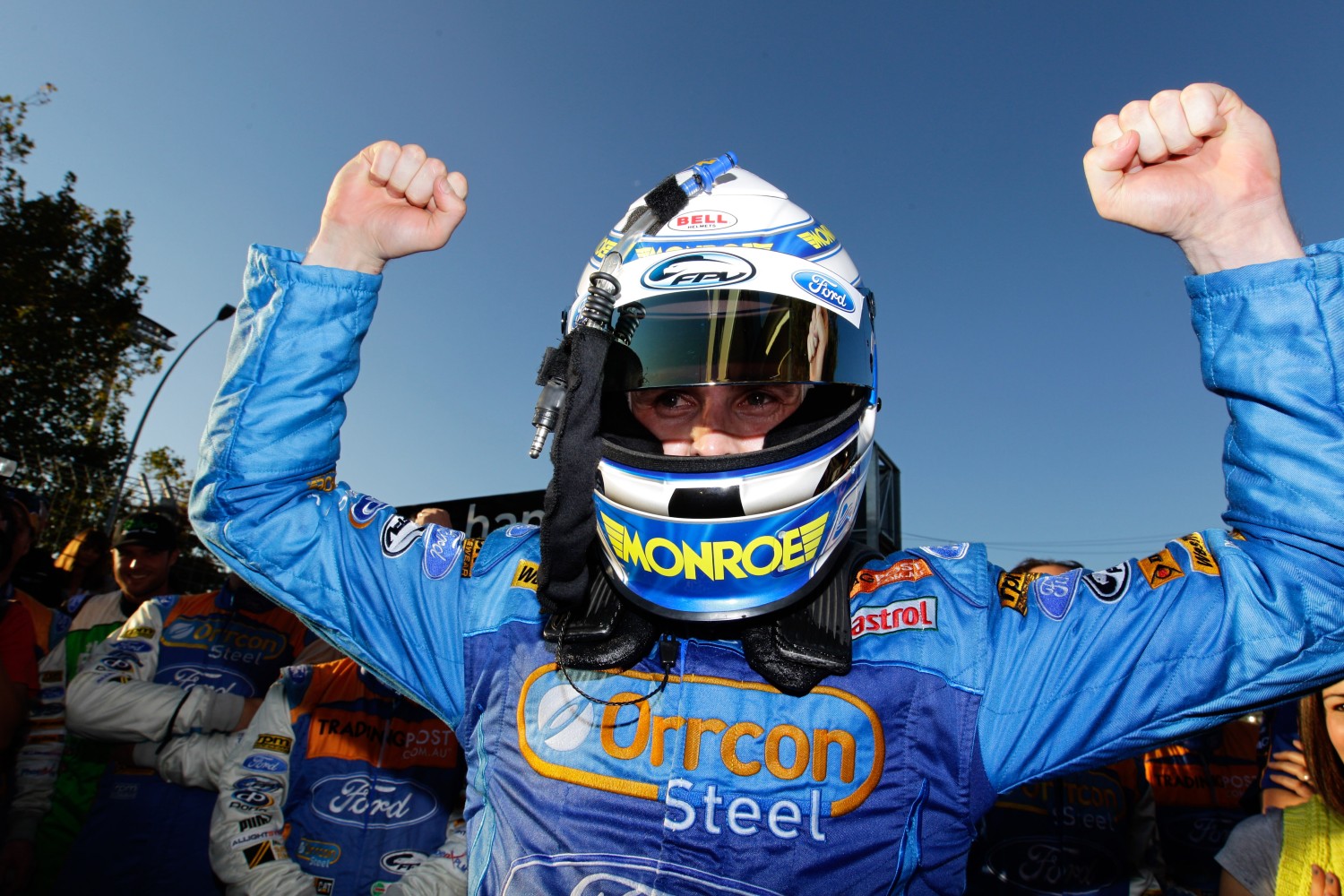 "He was driving pretty on the edge and that’s what it’s about. You try and do everything you can to win it.

"I know he’s aggressive so I had to be aggressive and try and hold on.”

Supercars will return to New Zealand at Pukekohe Park Raceway in November for the ITM Auckland SuperSprint.