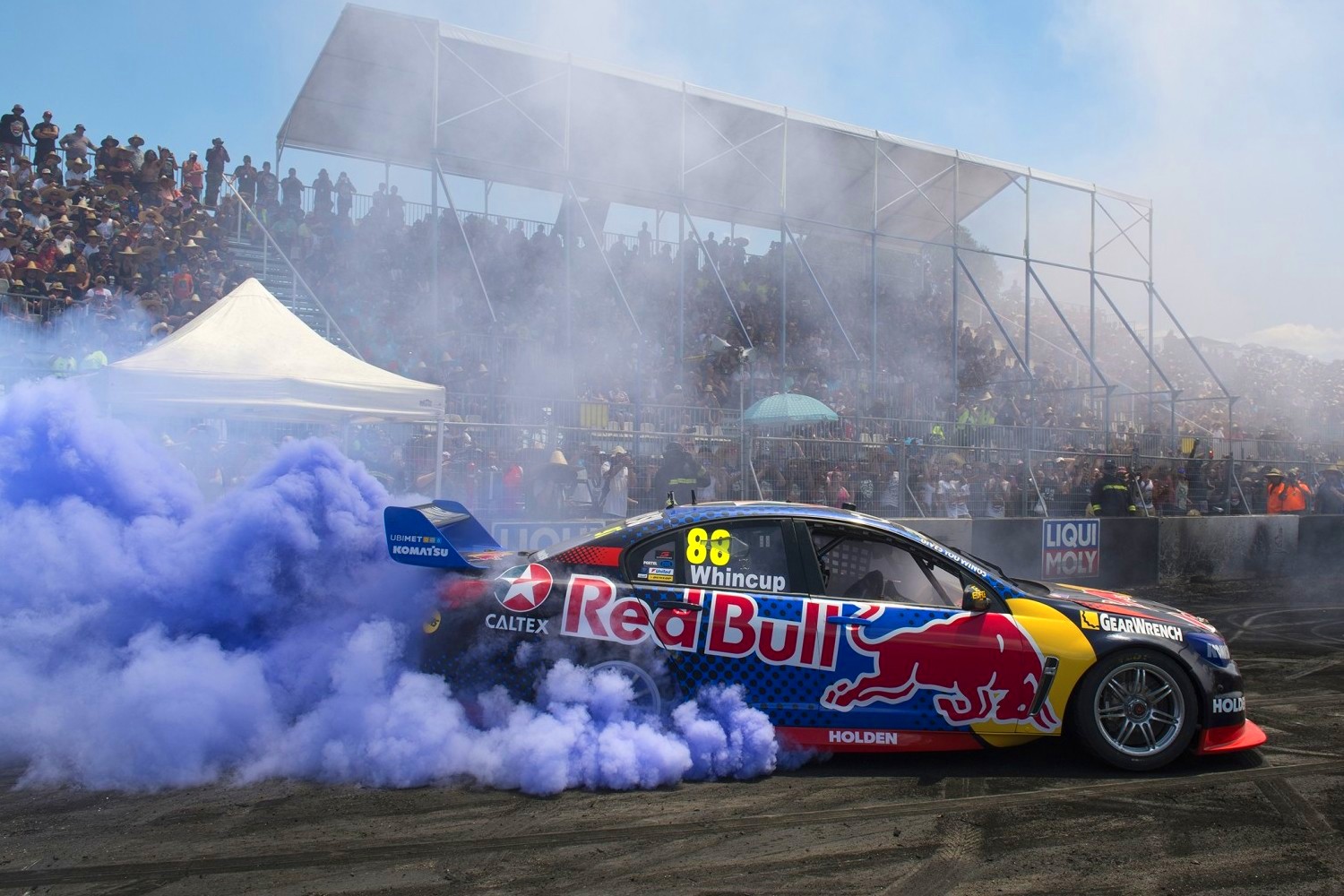 On January 10, 2016, spectators witnessed an historic moment for Supercars as Jamie Whincup and Triple Eight descended on the iconic Summernats event.

Every January since 1987, Exhibition Park in Canberra becomes the mecca of modified motoring for many.

Sadly, the annual car festival held held in the nation’s capital won’t go ahead this year due to the COVID-19 pandemic.

It had become a constant on the calendar for many motoring enthusiasts, with the 2017 event registering an attendance record of 119,184. 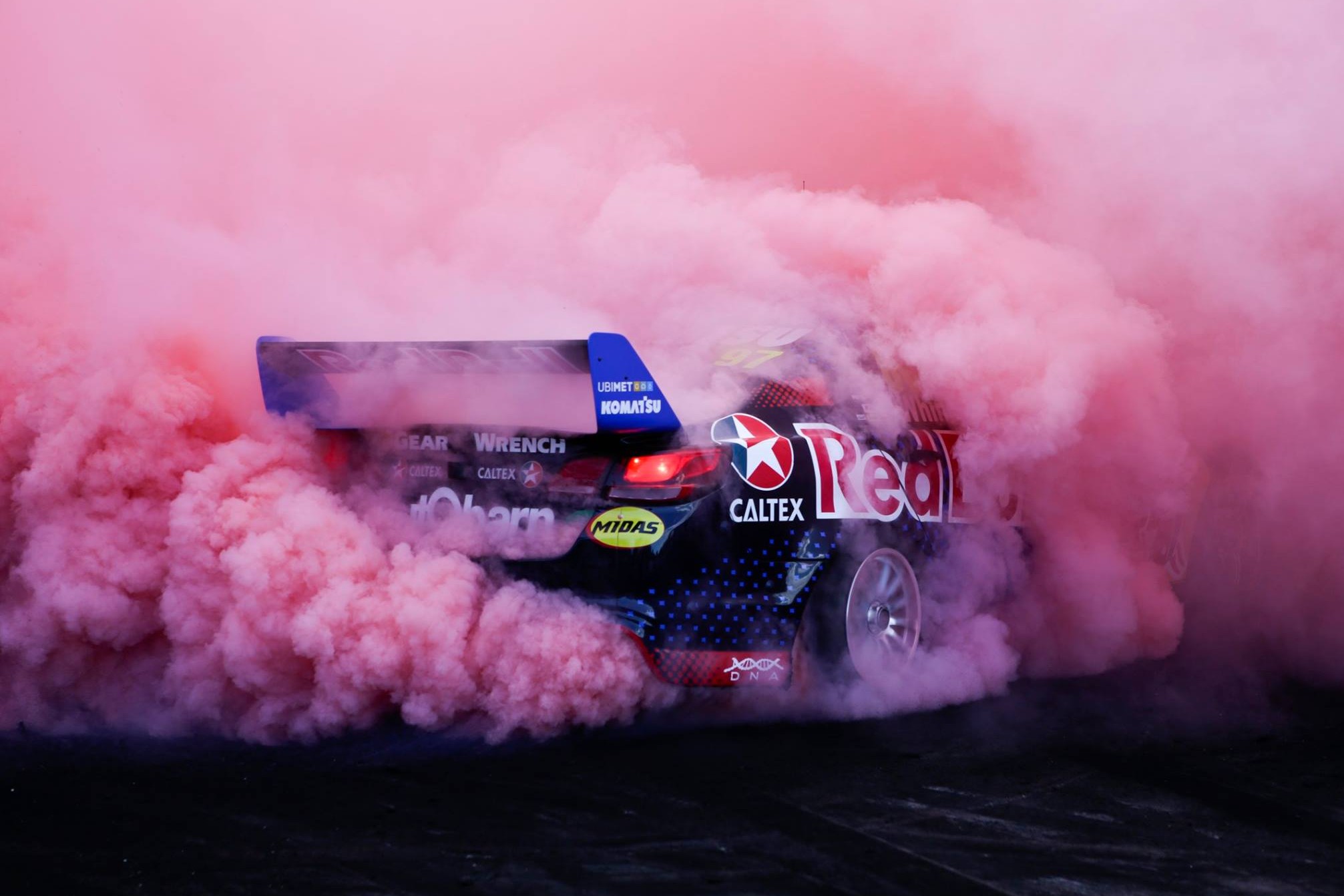 A year earlier, however, Summernats hosted a Supercars first as then-six-time champion Whincup and Triple performed a number of demonstrations.

Summernats regulars were no stranger to mean street machines with airbrushed artwork, with modified and restored cars also a prominent feature of the event.

However, the Red Bull Holden Racing Team VF Commodore was a star attraction, with Whincup and the team’s visit marking the first time a V8 Supercar had made an appearance at Summernats.

It was also the first time fans had seen the 2016 Red Bull Racing Australia livery in the flesh, with the team launching earlier in the week with new recruit Shane van Gisbergen. 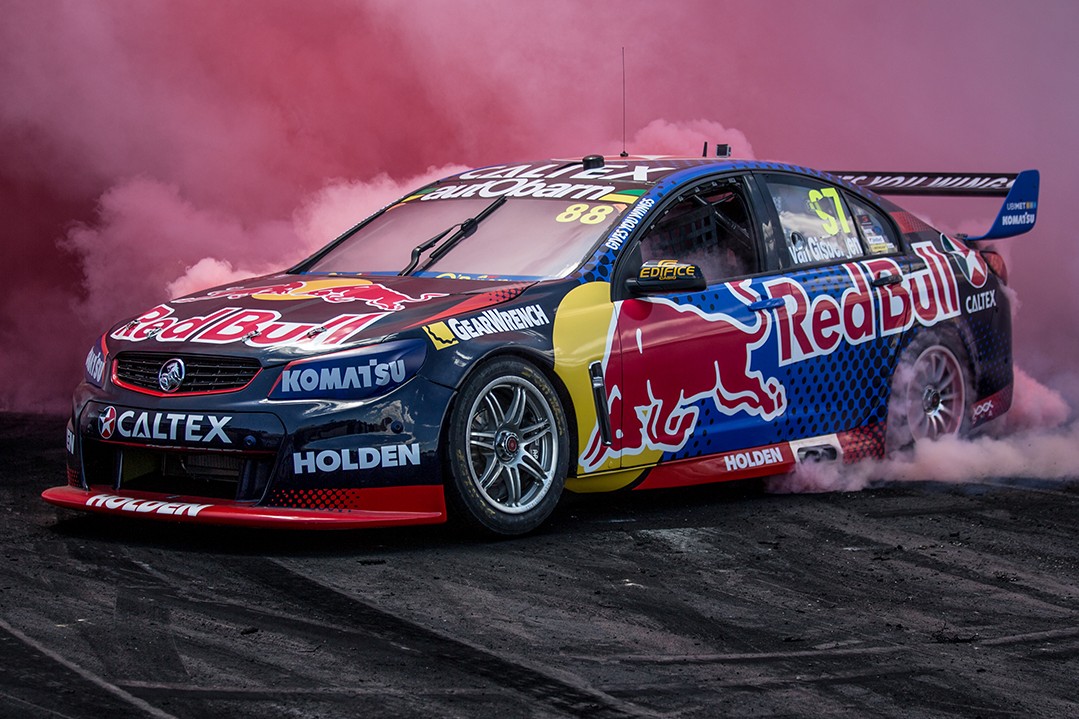 After enjoying a long off-season following a difficult 2015, in which he finished fifth, Whincup admitted he was a fish out of water upon his first Summernats visit.

"I've almost had a deprived upbringing just confined to racetracks, so I was a Summernats virgin this time 'round, but massively enjoyed the experience," he told Street Machine after the demonstration.

"To be honest, getting there right before I spun the tyres made me almost as nervous as sitting on the grid about to start the Clipsal 500.

"I literally hadn’t driven a car at any pace for over a month so it was a jump in the deep end for sure."

In front of hundreds of delighted onlookers, Whincup led the opening parade before burning some coloured rubber in the Burnout Masters category.

With the VF Commodore shod with red and blue tyres, the four-time Bathurst winner painted the skies around Exhibition Park with the colours of his new car.

To prevent the car from expiring because to the heavy stress on the engine due to the burnouts, the team installed thermo fans on the radiator.

However, that didn’t stop Whincup from pushing the car too hard - not that the onlookers noticed. 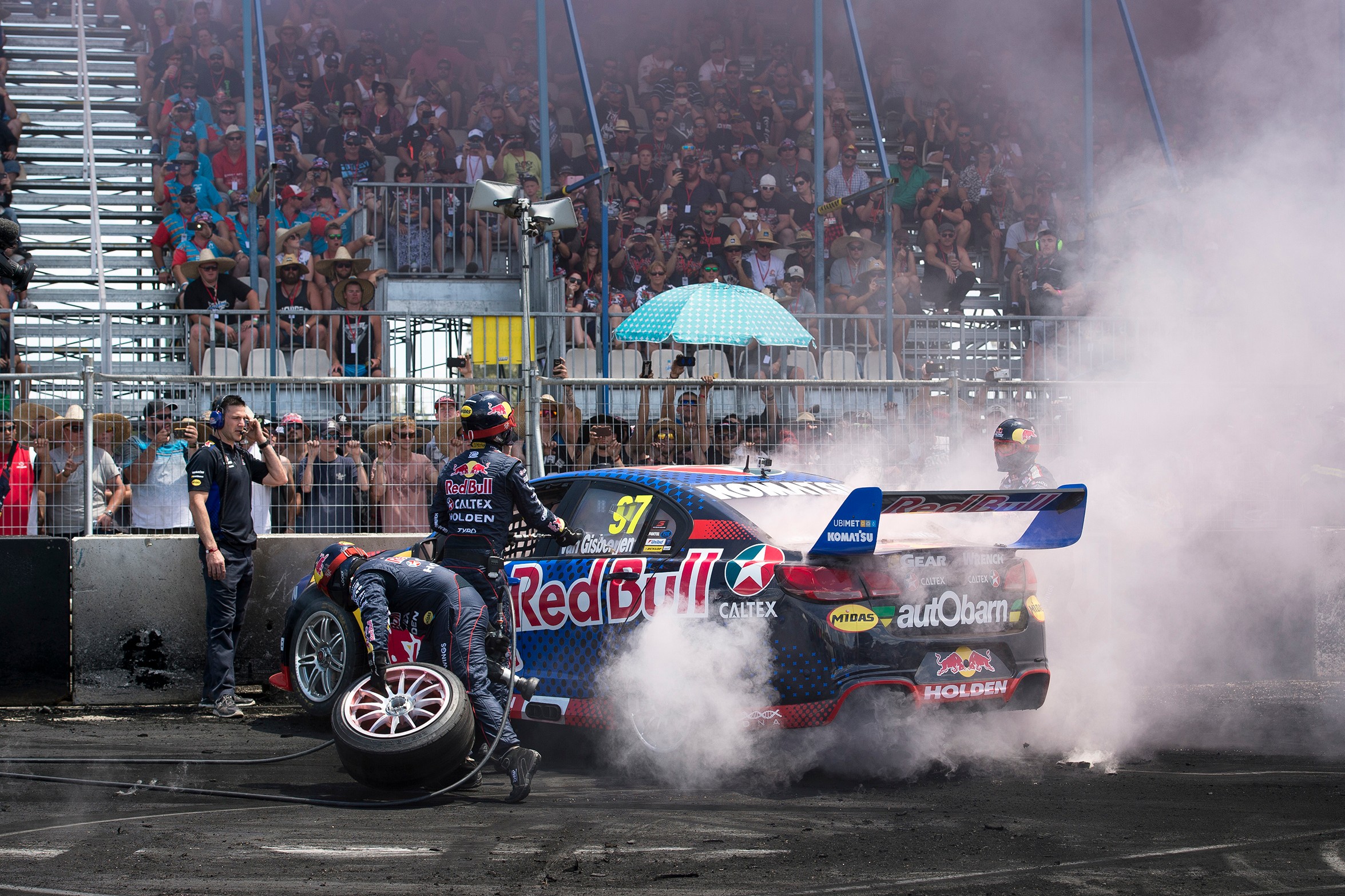 "It was good the crowd enjoyed the show, because we ended up smoking an engine," he said.

"My engineer and I got a bit carried away and nek minnit, the engine was at 140-degrees Celsius.

"It wasn’t a test engine, either... the car and the engine were straight out of [the last round of 2015 at] Homebush.

"It was a full-spec race car, so cooking it wasn’t ideal, but I think it was worth it."

Regardless, Triple Eight had left its mark on Summernats, with Supercars' most successful driver the one on hand to show spectators what the category is made of. 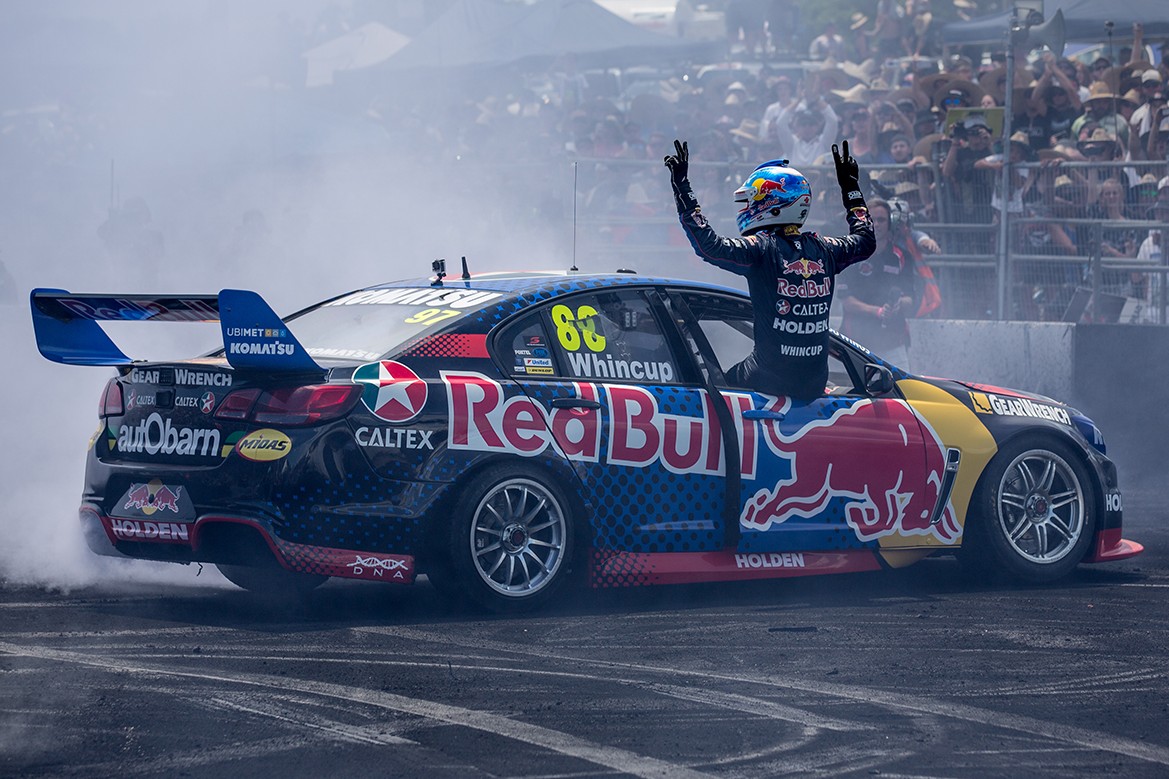 Whincup, having left some liquorice straps on the road during the opening parade, was pleased he and his team were able to put on a show.

"I noticed it caused a bit of flack that I was allowed to do burnouts on the cruise route, but we were there to entertain and we were pretty much under the direction of the event promoter," he said.

"We understand that it’s not normally allowed so feel privileged that we were given an exemption.

"[Summernats] was everything I imagined it to be, plus more.

"It is so refreshing to see good Aussie people having fun and sharing the same twisted brain as I have, enjoying horsepower in a harmless environment."