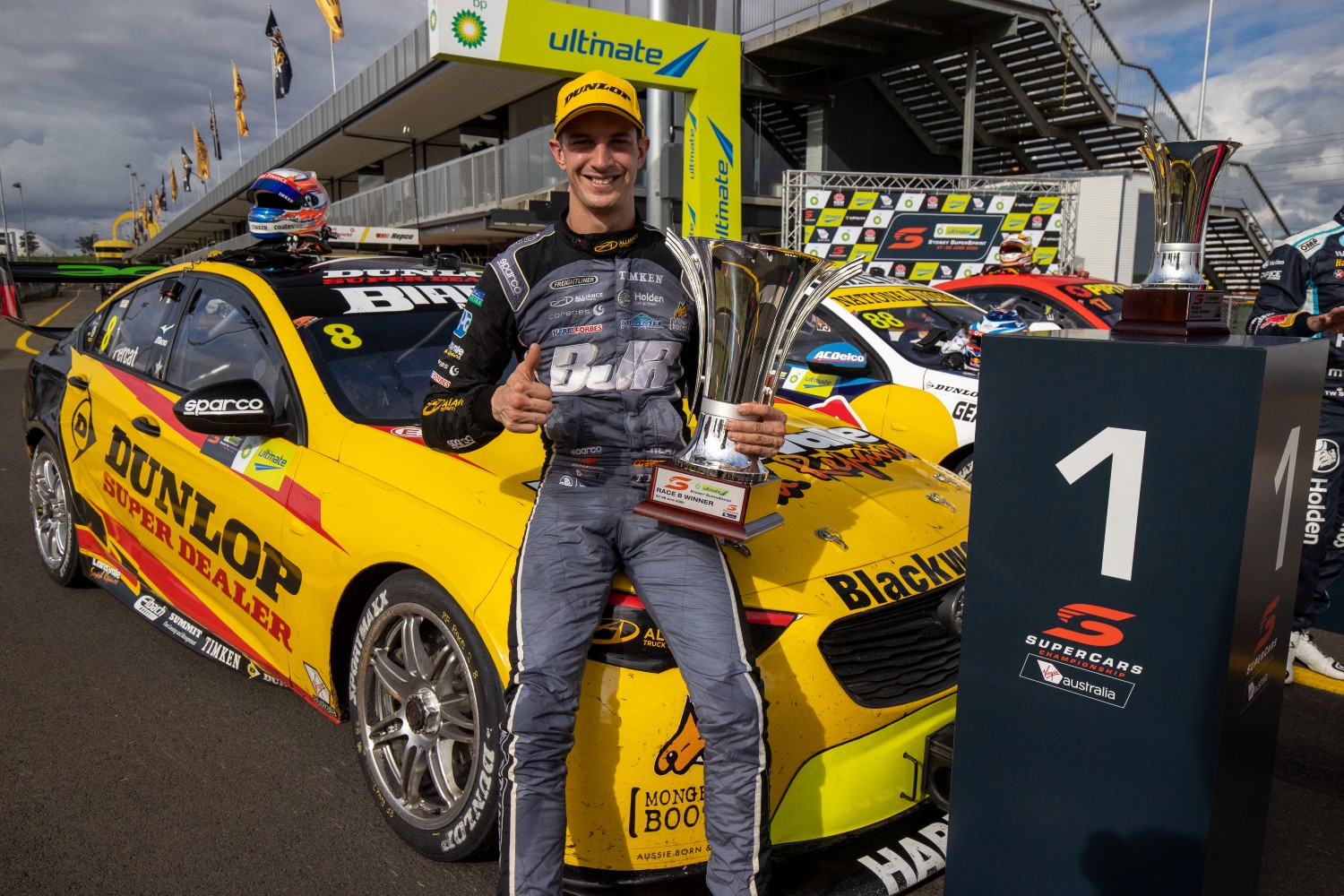 June 28 will forever hold a key date in Supercars history as the day the series completed its first event after the COVID-19 shutdown.

After the pandemic took hold in March, the category was forced to wait until late June to restart the 2020 season.

It couldn’t have gone better on track, with Scott McLaughlin and Nick Percat sharing the wins across three brilliant races.

Cars hit the track on the Saturday at Sydney Motorsport Park, with two-time defending champion McLaughlin holding off a hard-charging Shane van Gisbergen.

It was an incredible return to racing; van Gisbergen, on fresher tyres, launched a heart-stopping late charge for victory.

Van Gisbergen was all over the back of McLaughlin by lap 29, but couldn’t find a way past, crossing the line 0.18s behind.

"He’s like a cockroach, you can never get rid of him, he’s always around,” McLaughlin said of van Gisbergen.

"I knew I was going to be in a little bit of trouble in that last stint, the way he came at me in the first.

"So we’ve got a bit of work to do with how we tune it up but you take them when you can get them.

"It was tough in those last five laps but I did the best I could. It was a great race.”

Come Sunday the 28th, and the wick was turned up again.

The grandstands may have been empty, and the paddock reduced to an eerie silence, but the loudest cheers came from the Brad Jones Racing garage.

Nick Percat broke a four-year victory drought for himself and his team in the second race of the weekend.

It came in Percat’s 200th career race start after a race-long battle with Jamie Whincup.

He was up to second lap lap 6, and made the critical pass on Whincup at Turn 4 on lap 22.

Percat eased away over the final 10 laps, taking the flag three seconds ahead.

It was his first win since the 2016 Adelaide 500 for Lucas Dumbrell Motorsport, with BJR’s previous win coming with Tim Slade in the same year.

"[Brad] can’t be here [due to the personnel restrictions], but thank you Brad for having the faith in me.

"It’s taken a few more years than I would have wanted but BJR, AE [Andrew Edwards, engineer], everyone did a mega job.

"Obviously as soon as we were in a good position we just threw everything at it to ‘live for now’.

"My first lap when I passed Shane [van Gisbergen] I went ‘hold on, there’s something going on here’.

"I was straight on the radio and went ‘mate they have not put tyres on so we need to go’, so it was mega.” 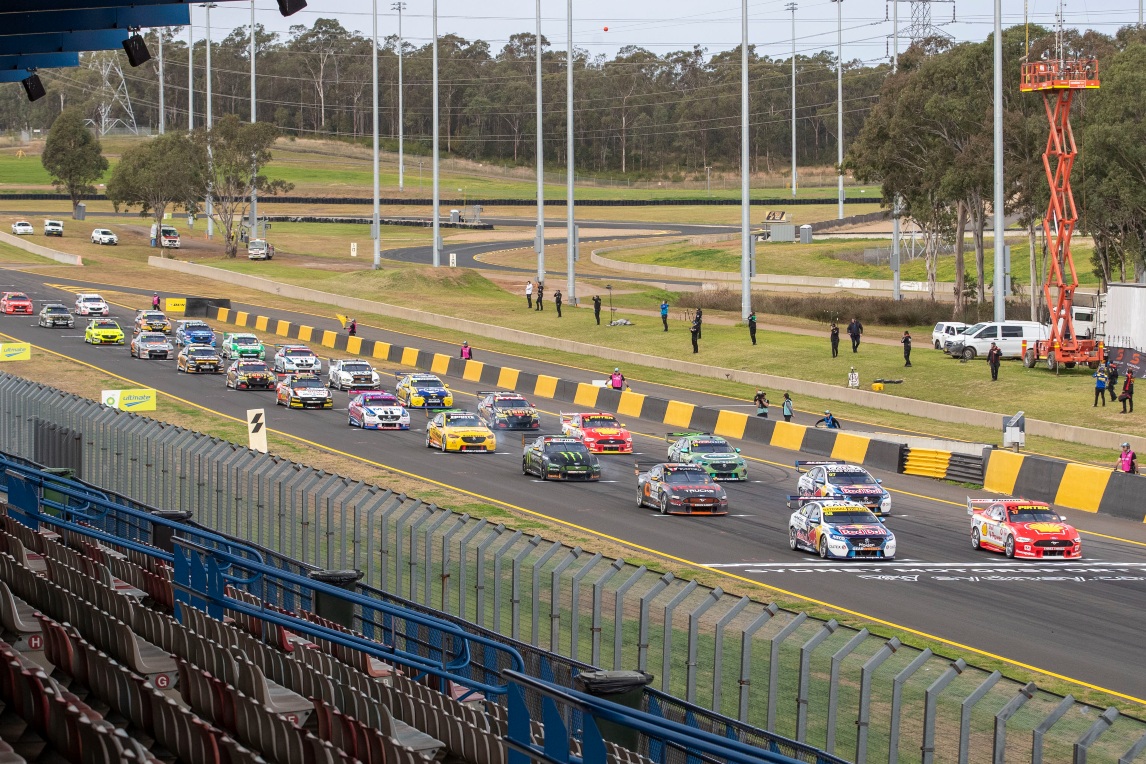 Cars file on the grid for Sunday's finale

McLaughlin made it two wins from three starts with a dominant performance in the final race.

Starting from pole, McLaughlin eased away from Whincup during the first stint, and enjoyed a five-second advantage when the latter stopped on lap 14.

The late charge came from Lee Holdsworth, who eventually finished just 1.5s adrift of McLaughlin to score his first solo podium since Winton 2014.

It came after Holdsworth had dropped from fourth to sixth on lap 1, and had rejoined seventh when finally stopping on lap 18.

Within six laps, Holdsworth was up to second.

"The car was so much better on its tyres that race,” said McLaughlin, who was third behind Percat and Whincup in the day’s earlier race.

"I think when everyone sort of evened out with the tyres and where we were, to be able to show our true pace over the long run was really good.”

After that weekend, Supercars completed eight more events in a thrilling championship season won by McLaughlin.

The season ended at Mount Panorama with victory for van Gisbergen and Garth Tander, the venue which opened the current season. 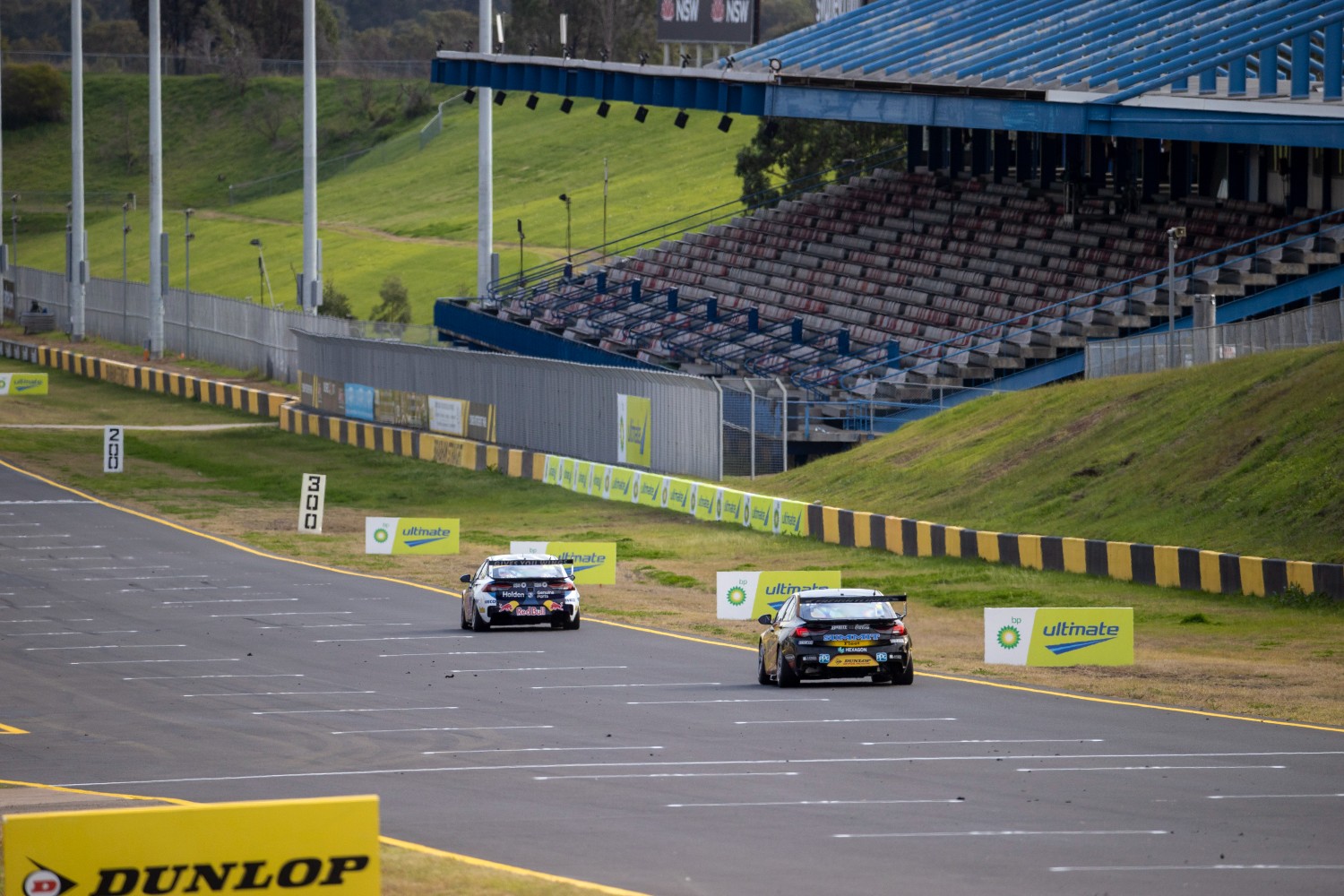 Empty grandstands made for an eerie backdrop

Through the turmoil of the early weeks of the pandemic, Sydney Motorsport Park’s doubleheader proved the backdrop for a defining era for the category.

The western Sydney venue will do the same in August when it hosts night racing at the Beaurepaires Sydney SuperNight. Tickets for the event are on sale now.

The 2021 Repco Supercars Championship will resume next weekend at the NTI Townsville 500 across July 9-11. Tickets are available here.