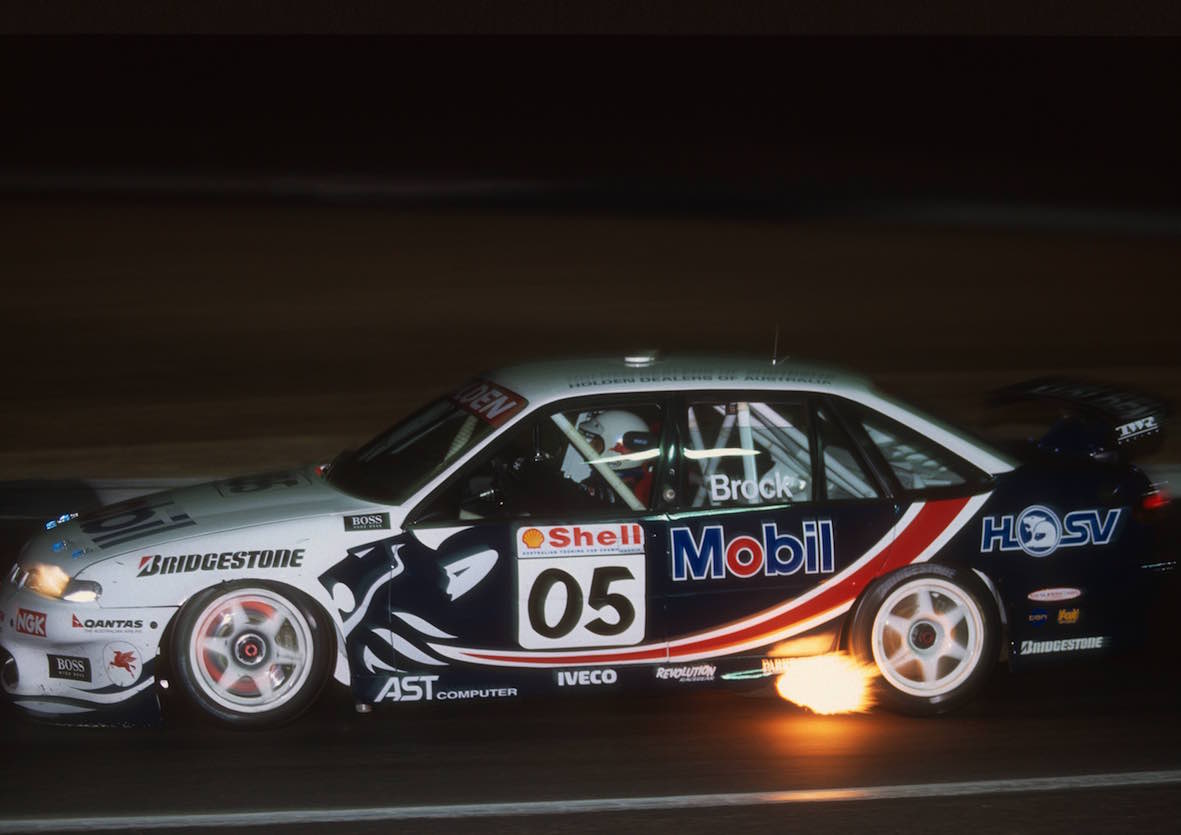 Twenty years ago today a new era began that re-invigorated a category of Australian motorsport that we now know as the Virgin Australia Supercars Championship.

On this day (and evening), March 15 1997, the Calder Park circuit in Melbourne hosted the opening round of the 1997 Shell Australian Touring Car Championship, the first round held in the V8 Supercars era of the sport.

The new name for Australia’s premier tin-top racing category – V8 Supercars - had been created at the end of 1996 and, while the cars had raced in a New Zealand sprint series in late’96 and at the non-title Australian Grand Prix event a week earlier, today 20 years ago marked the start of the championship’s new era.

Then known as the Shell Australian Touring Car Championship, the category was a very different place with a field of 28 cars made up of a mixture of professional teams and privateers, roughly a 50/50 split.

The Mobil Holden Racing Team welcomed Kiwi Greg Murphy in place of Europe-bound champ Craig Lowndes, pairing him with the icon Peter Brock. No one knew it at the time but Brock would announce his retirement mid-season and finish full-time racing at the completion of the season.

Dick Johnson and John Bowe were team-mates for Shell Helix/DJR, Russell Ingall was back for his second year with Larry Perkins in the Castrol Commodores and Mark Skaife’s Gibson Motorsport was floundering trying to attract backing in the wake of the 1995 cigarette advertising bans as it put a single car on the track.

Glenn Seton was on board a single Ford Credit Falcon (the car we covered in Saturday Sleuthing last weekend), Wayne Gardner was back with a single Coke Commodore, Mark Larkham’s Mitre 10 team moved in alongside Alan Jones in the Stone Brothers-run Falcons from Queensland and Tony Longhurst’s team ran he and Steve Ellery in a pair of Fords. 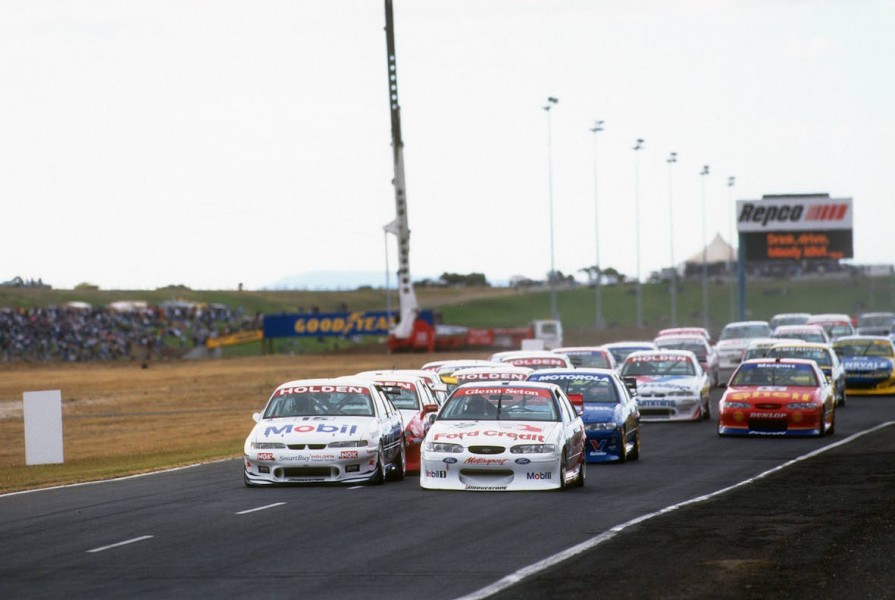 This was also back in the era where there was no control tyre in the class, meaning Bridgestone (HRT, Seton, Jones) took on Yokohama (Coke, Gibson, Longhurst) and Dunlop (DJR, Perkins) in a seemingly never-ending tyre war where results were often dependent on which track suited which rubber brand rather than which team or driver.

The 1997 Calder round also welcomed a new era in the television coverage of the sport with Network 10 making its debut as host broadcaster of the championship – in fact, the round was recorded on Saturday evening and shown on television on Sunday afternoon; things have progressed somewhat since then!

On the track the round was made up of three sprint races. The first – held on Saturday afternoon - was claimed by championship debutante Murphy from pole ahead of Gardner and Seton, though the Coke ace topped them all to win Race 2 under lights, leading home Seton and Ingall.

A second place in the final race to Seton was enough for the 1987 500cc World Motorcycle Champion to win his first – and ultimately only – championship round on a night that kick-started the growth of V8 Supercars into what it is today.

For the record, Seton and Ingall rounded out the podium for the night (this was back in the days of round results, rather than individual races determining the podium order), with Murphy fourth after being hit from pillar to post.

Jones was fifth from Bowe, Skaife (the vision of his Commodore running off at turn one with glowing brake discs stands out in the minds of many), Brock, Perkins and Ellery with Mark Poole finishing as the top privateer in 11th overall.

Seton went on to win the championship, Brock retired later in the season and the V8s forged their own path that October with their own 1000-kilometre Bathurst race after a ‘Super League’-style split with the Australian Racing Drivers Club.

Calder hosted its last championship round in 2001, though that night in 1997 remains special for so many reasons. It truly was an historic night for the championship and the sport. 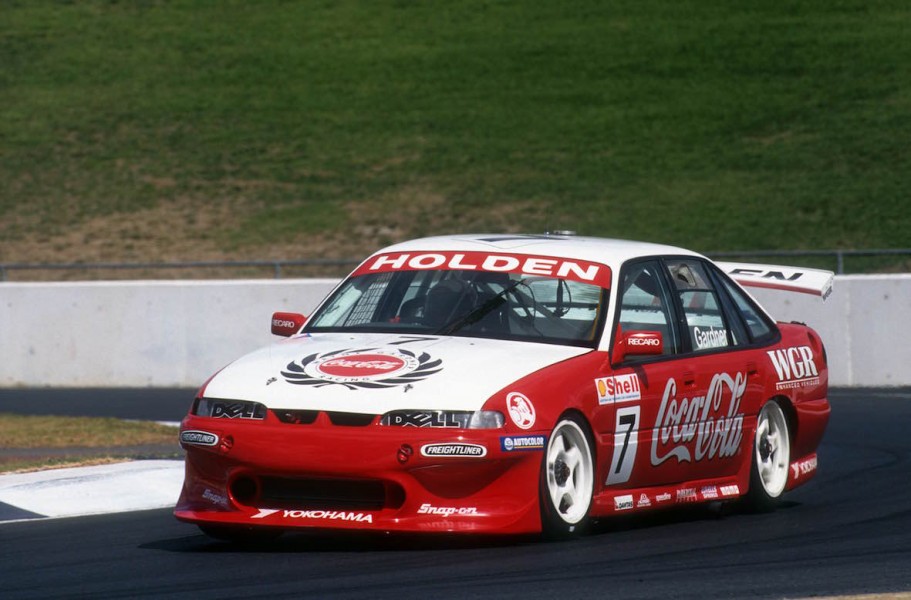