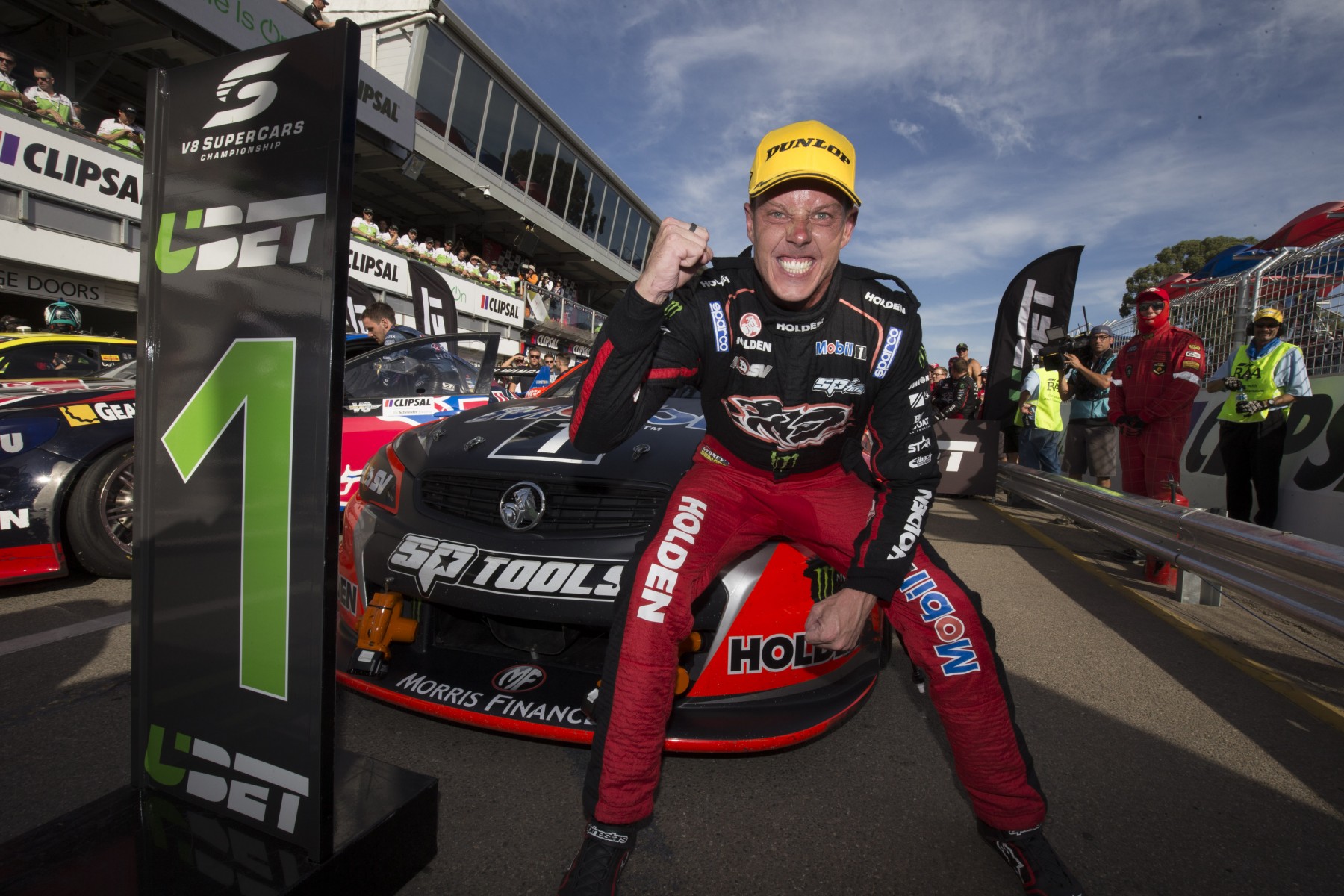 Should James Courtney never again win a Supercars race, he would be able to look back fondly on his final victory.

On March 5, 2016, the 2010 champion recorded his most recent race win the championship.

Armed with the backing of Tickford Racing and Boost Mobile, Courtney will be looking to return to the top step of the podium following a strong 2020.

Five years ago, Courtney commenced his sixth campaign with the Walkinshaw squad with an extraordinary victory on the streets of Adelaide. 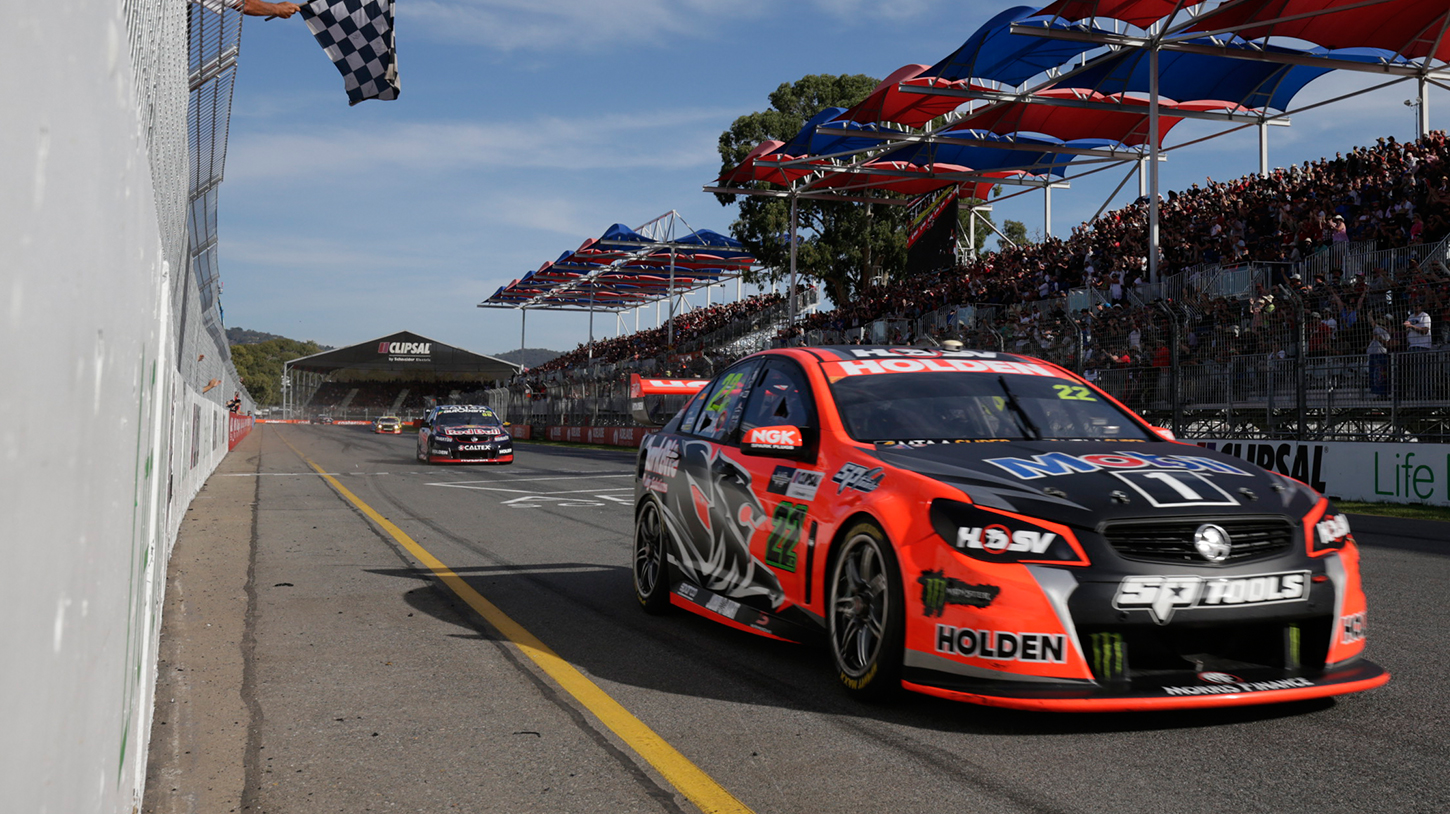 Few drivers race as hard, and throw everything on the line, quite like Courtney does when a win is within his grasp.

That was evident in Race 2 in Adelaide, with Courtney defying Jamie Whincup in a breathtaking finish.

Whincup won the day's earlier Race 1, and was Courtney's primary challenger in the afternoon's 125km sprint.

So badly did Courtney want to win, that he pushed his Holden Racing Team Commodore to the absolute limit at Turn 8.

It came with Courtney knowing Whincup's best chance of an overtake was at the Turn 9 hairpin.

"I closed my eyes for a little bit," Courtney said after the race, looking back on the wild Turn 8 moment.

"It had to be 110 per cent committed through Turn 8 every time to give me enough of a margin so I wouldn't get passed into [Turn] 9.

"It was probably the closest he had been so I knew I had to commit pretty heavily. 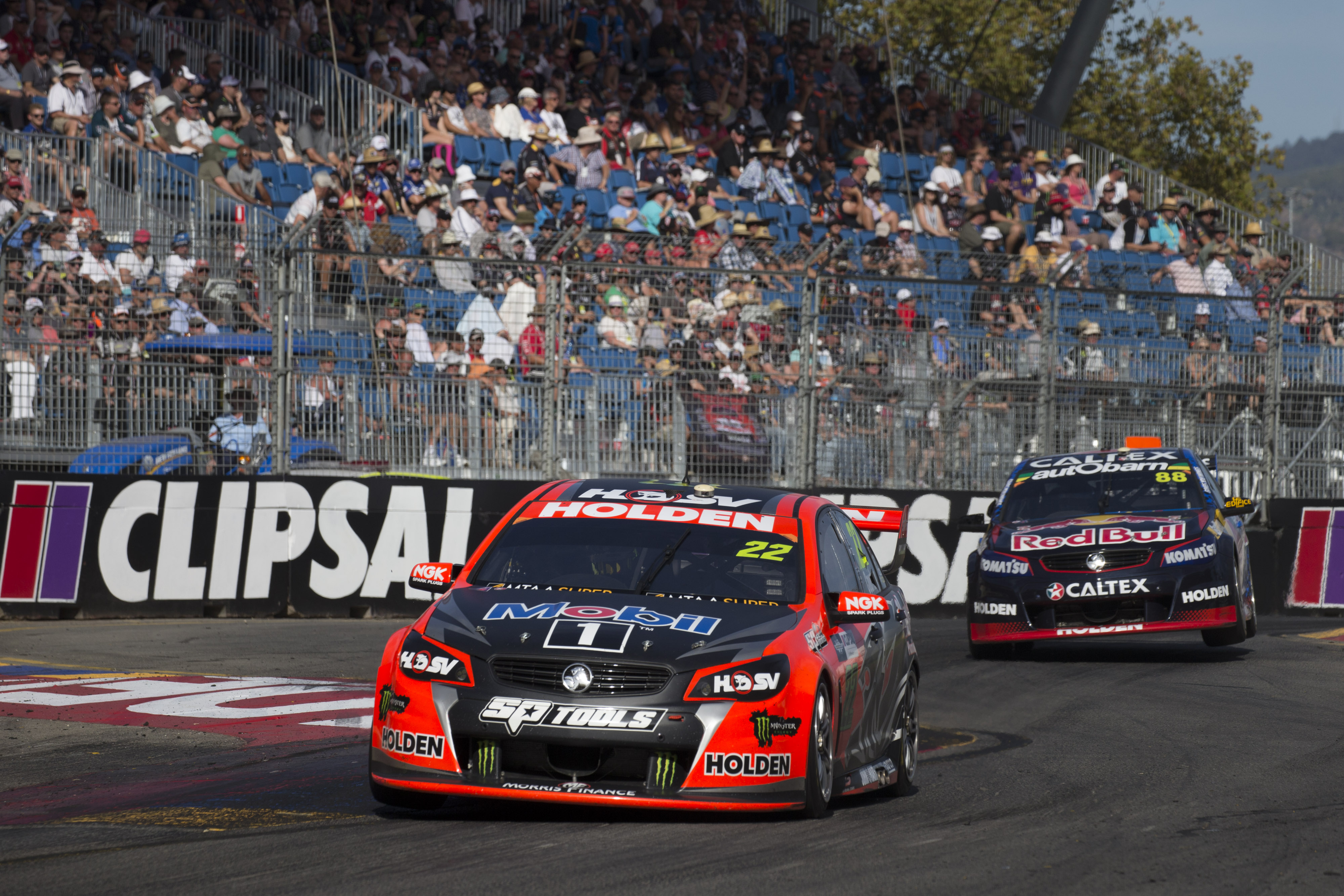 "I just turned in and stood on the pedal and hoped for the best. I had quite a large amount of opposite lock on for a while there.

"Hopefully it scared him into lifting."

Whincup had harried Courtney all the way, marking another chapter in their rivalry which truly began in their enthralling battle for the 2010 title.

The race was initially a three-man battle, with Courtney and Whincup joined by pole sitter Chaz Mostert. 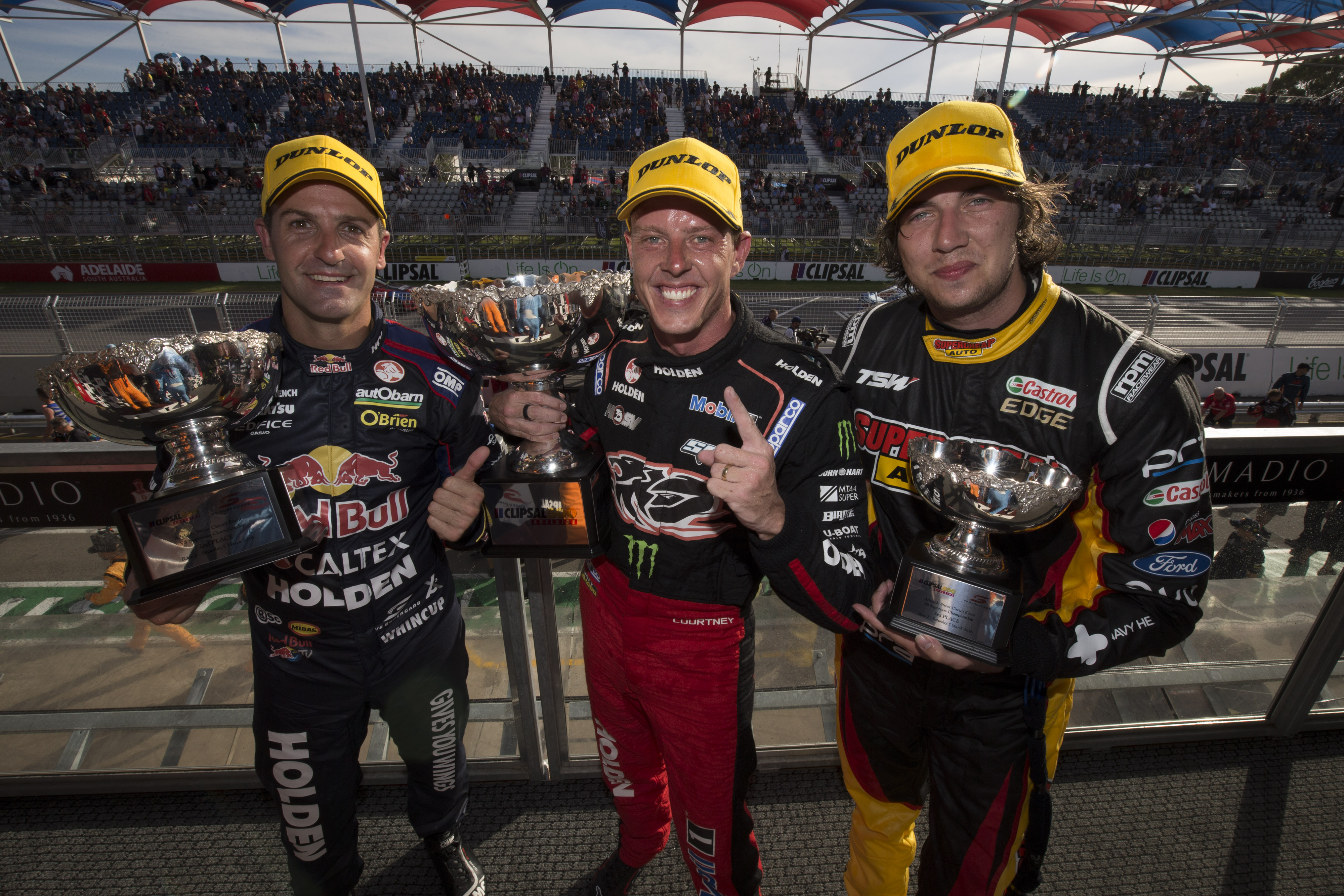 Courtney and Whincup slipped by on lap 21, leaving Mostert in third.

The front duo went blow for blow, with Courtney looking vulnerable after a dicey moment at the first chicane.

On the final lap, Courtney pushed, perhaps too far, but it was enough to hold out Whincup.

So impressed by his own performance was Courtney, that he pulled out his iconic 'Frank the Tank' celebration, before celebrating wildly on the podium.

"I really had to earn that one and not make any mistakes," he said. 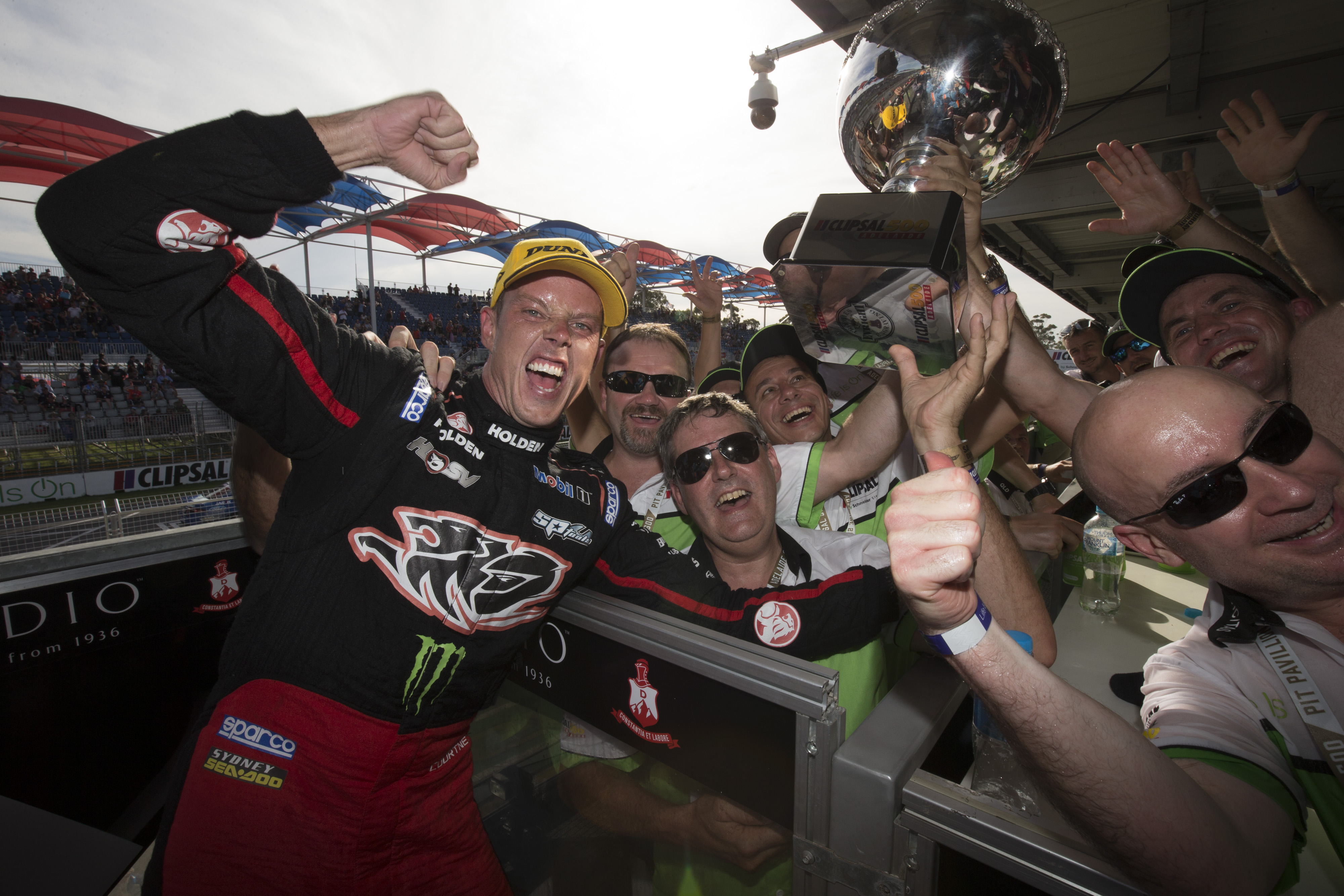 "I hit the tyre in Turn 1 with probably three laps to go.

"I had to commit three seconds later."

Commit he did, with Courtney hanging it out at Turn 8 to seal career win No. 15, his most recent win to date.

Courtney will get his chance to end his win drought at the Penrite Oil Sandown SuperSprint across March 20-21. Tickets are on sale now.