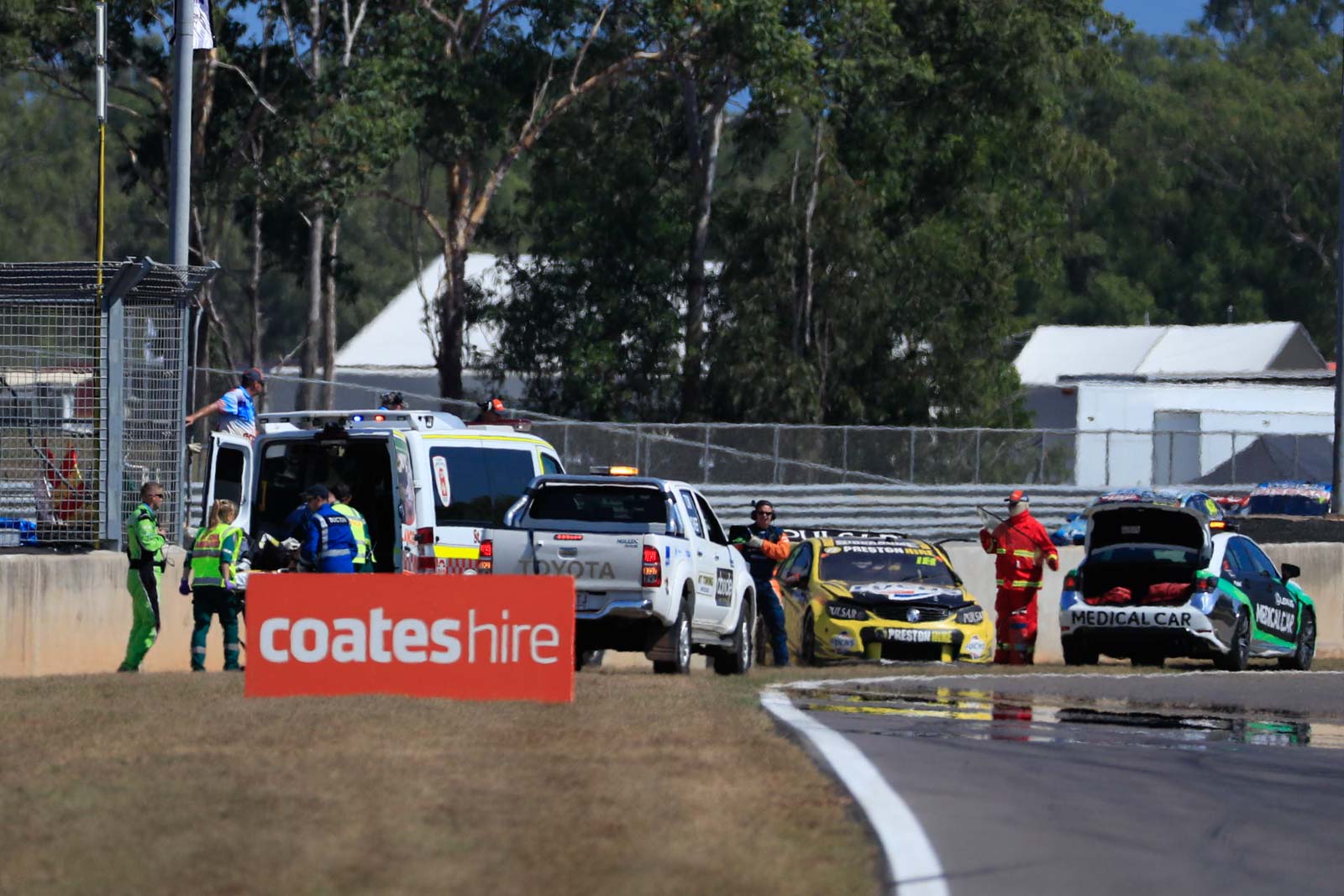 The scene of this weekend’s Merlin Darwin Triple Crown resembled a wrecking yard in the Sunday race on this day five years ago.

The 200km contest, which was won by Shane van Gisbergen, was marred by two heavy crashes on the opening lap, the first of which sent Lee Holdsworth to hospital.

Holdsworth's Team 18 Holden made heavy side-on contact with the inside wall at the exit of Turn 1 following contact with Jason Bright.

After he was hospitalised, Holdsworth was revealed to have suffered fractures to his right knee and two ribs, as well as his pelvis.

Ahead of Holdsworth’s horrific accident, which saw the driver endure a 56g peak impact load, Coulthard suffered a major incident of his own.

The Kiwi was in the middle of a three-wide squeeze with Mostert and James Moffat.

Contact with Moffat sent Coulthard into Mostert and eventually into the outside wall.

"It was a little bit of wrong place, wrong time," Coulthard said after the race.

"Moff kept coming across and I’m not sure if he knew that Mozzie was next to me as well.

"I felt like I was in the middle of a pinball machine.

"It’s going to be a busy turnaround between now and Townsville.

"I said sorry to all the boys because you don’t want to create work for them." 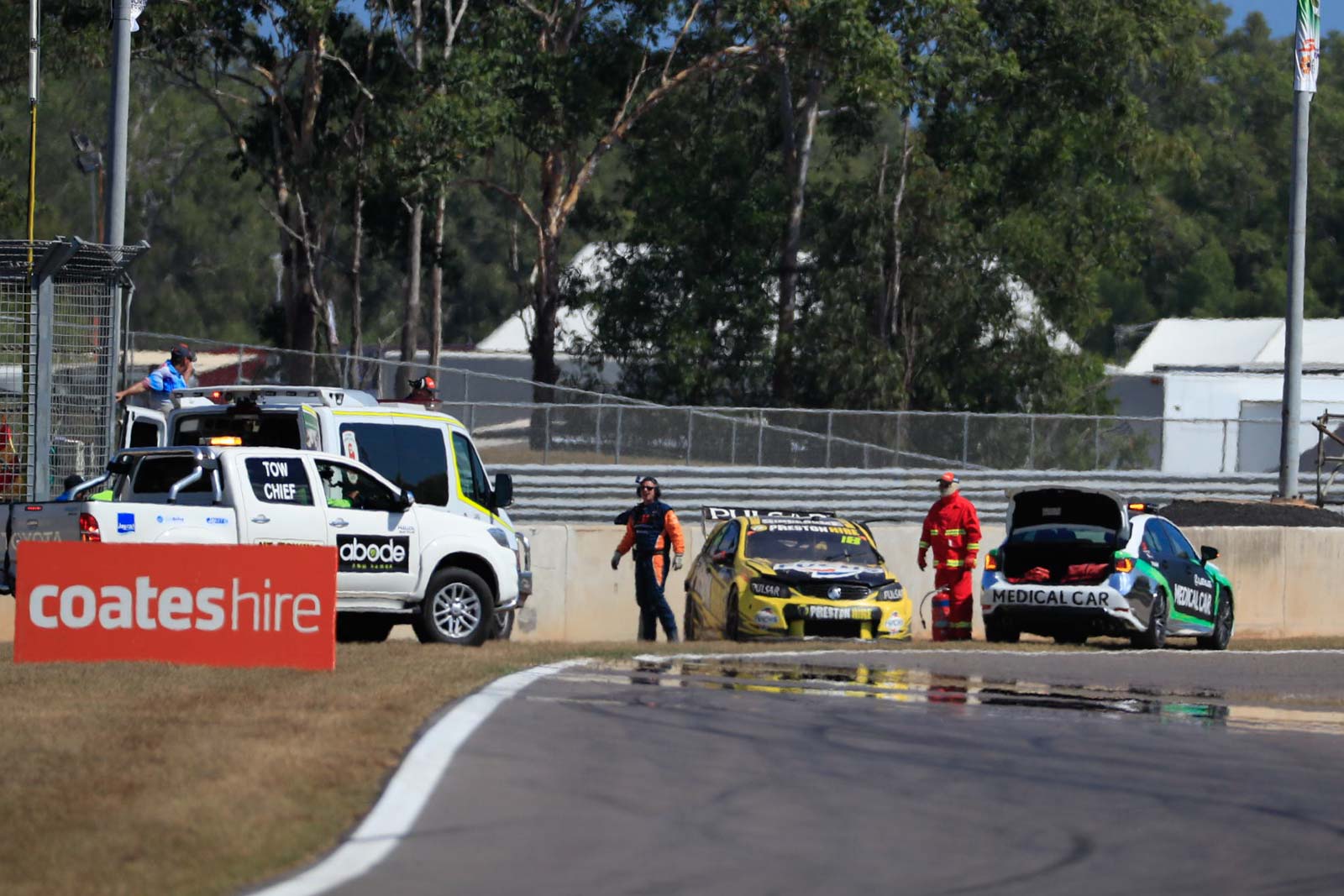 Pole man an Gisbergen copped a messy first lap of his own, dropping behind Todd Kelly off the start before falling to eighth following an error at Turn 5.

During a lengthy Safety Car to have Holdsworth extricated from his car, the field piled into pit lane.

Craig Lowndes emerged with the lead for the restart ahead of Kelly, who was drilled in the rear by Mark Winterbottom.

Van Gisbergen moved back into second after the incident, and regained the lead after a second Safety Car restart. 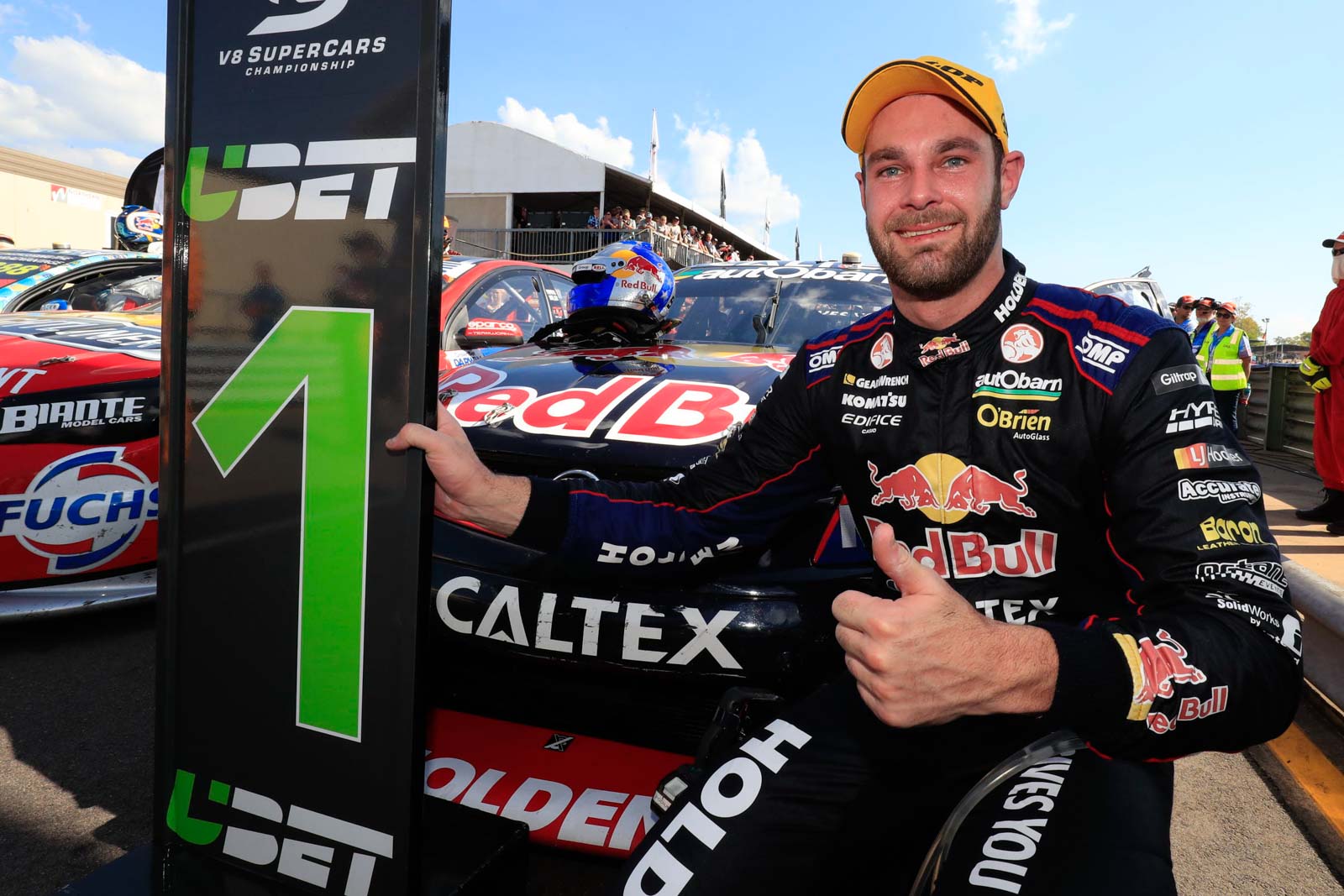 It would be the second win of van Gisbergen’s title-winning campaign, and it remains his last win in the Top End.

To this weekend, van Gisbergen is on a five-race winless streak, having won the opening six races of the season.

After a poor Friday practice showing, can the Kiwi return to the top step this weekend?

Cars will roll out for three-part ARMOR ALL Qualifying for Race 13 at 12:05pm AEST on Saturday.