On this day: ‘The biggest crash I’ve ever had’

The 2016 Sandown 500 was a great day for Garth Tander, Warren Luff and the Holden Racing Team - but not for all.

On September 18, 2016, Supercars rookie James Golding said he felt lucky to be alive after a high-speed accident on the opening lap.

The right-front tyre on Golding’s Garry Rogers Motorsport Volvo deflated at the end of the back straight on the opening lap.

It saw Golding, who was just 20 years old at the time, sent off the road and into the tyre barrier at approximately 150km/h.

Such was the impact, that Golding’s car was lifted off the ground.

Golding gingerly walked away from the scene, which triggered a Safety Car and eventually a red flag. 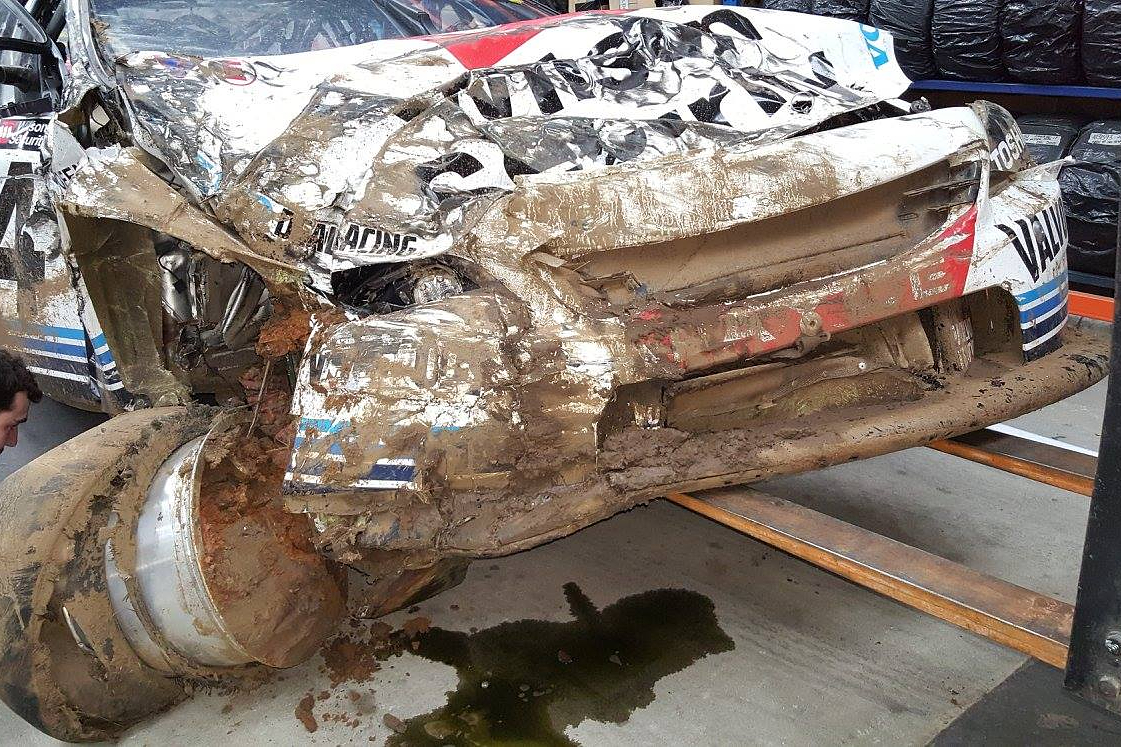 Extensive repair work began on the wall, with the stoppage seeing the race completed 18 laps short of its 161-lap allotment.

"That was a really big one,” Golding said after he left the medical centre.

"It’s the biggest I’ve ever had. I’m really lucky to still be here."

Golding’s puncture appeared to have been caused by minor Turn 1 contact with the second HRT Commodore with Jack Perkins behind the wheel. 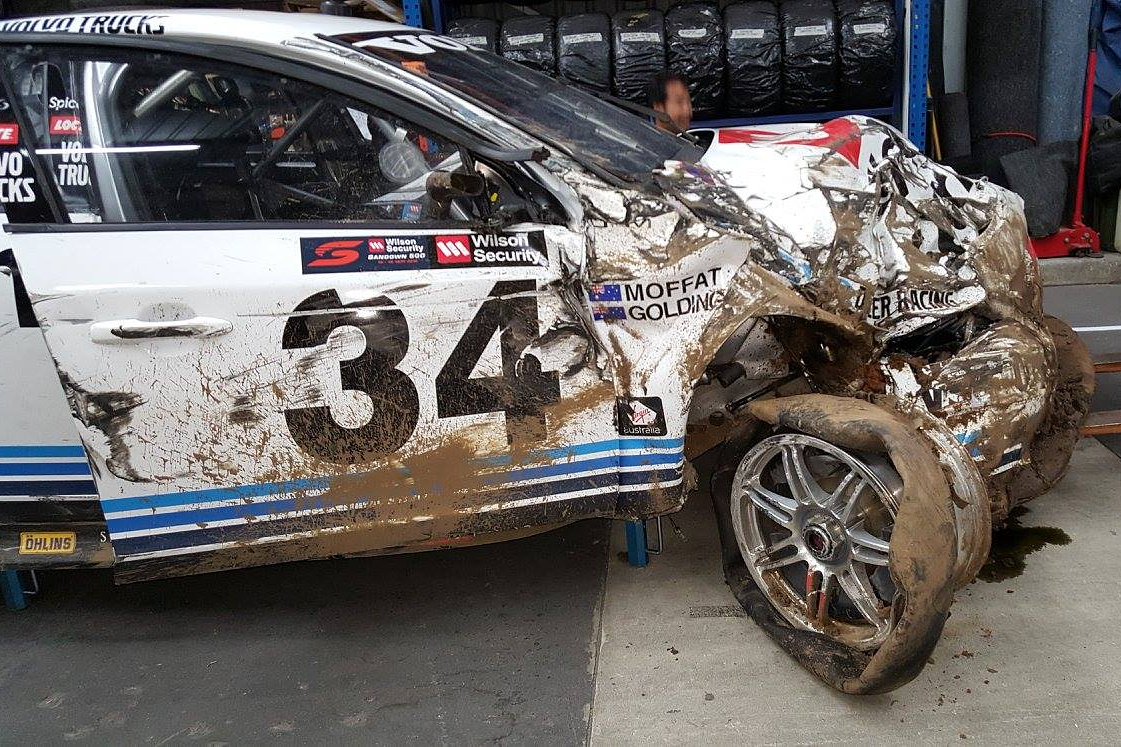 Engineer Manuel Sanchez had informed Golding of a potential tyre issue moments before impact - but it was too late.

It came just hours after Golding had taken a second career race win in the Dunlop Series.

"I didn’t get the greatest start and then had to shuffle with a few people into Turn 1,” he continued.

"I was heading up the back straight, braked as normal and then it was just red lights [dashboard lock-up lights] straight ahead and I was just trying to stay alive.

"It was really sudden. It happened so quickly you couldn’t think anything before it happened. 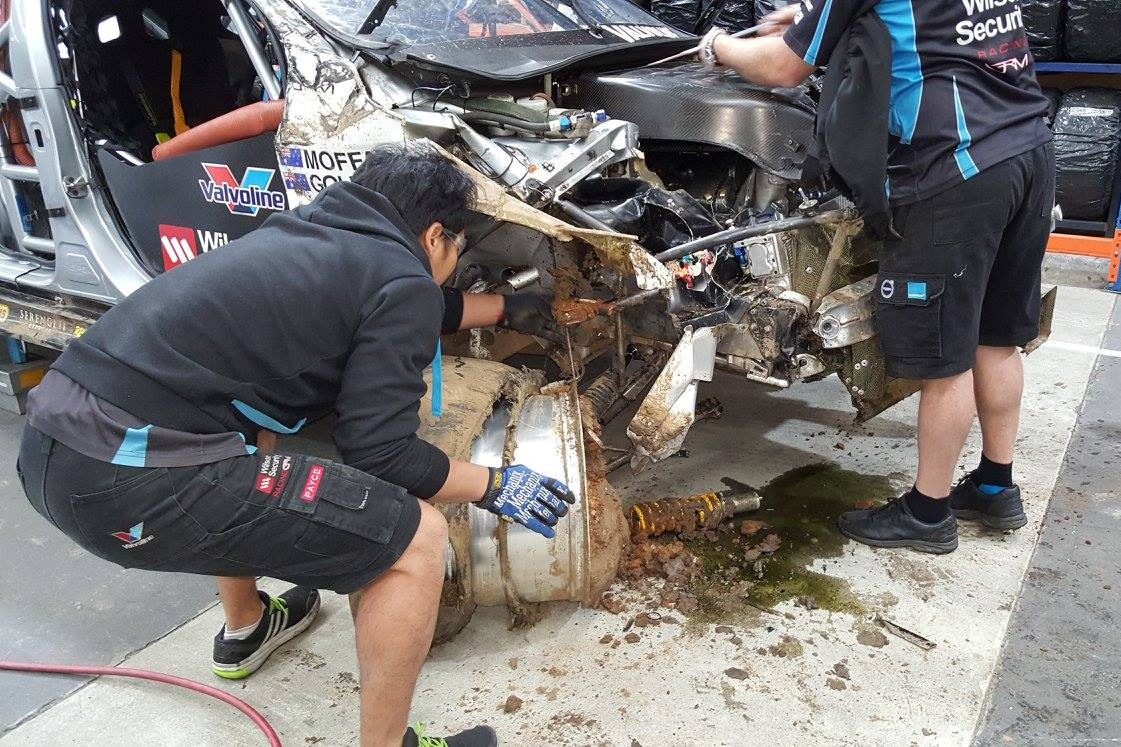 "I got a bit of head spins when I stopped but after that I sat down and it was all good.”

Golding quickly rebounded and cut laps in his Dunlop Series car the day after the crash.

"He’s good as gold, he’s a little bit sore in the groin mainly. It was unfortunate," Barry Rogers said.

"I rang his dad and spoke to him and said, ‘If you don’t feel like you’re right, don’t feel as though [you have to drive]’."