Seldom do drivers get away with an accident like Garth Tander did en route to victory Townsville in 2013, let alone finishing at all.

Tander’s second win on the Reid Park streets, which will host this weekend’s NTI Townsville 500, nearly had a different ending.

A calculated strategy gamble helped the Holden Racing Team to a one-two finish in Race 21 of the 2013 season on this day eight years ago.

A day after Will Davison defied a gamble which didn’t pay off for Craig Lowndes, HRT went one better to clinch its first win since Bathurst 2011.

Tander was again the key man, with James Courtney second; a result they would replicate 12 months later.

The whole field started on the hard tyres, but the HRT Commodores were two of several to pit and opt for two stints home on softs.

It was a stroke of genius; the team needed to recycle the softs it used on Saturday as part of the strategy.

However, once the pitstop cycles were complete, Tander and Courtney ran home unchallenged over the final 20 laps.

It nearly collapsed into a heap early on; in the early laps of his second stint, Tander struck the exit wall at the fast Turn 10 sweeper.

Such was the impact that all four wheels of Tander's car lifted off the ground. 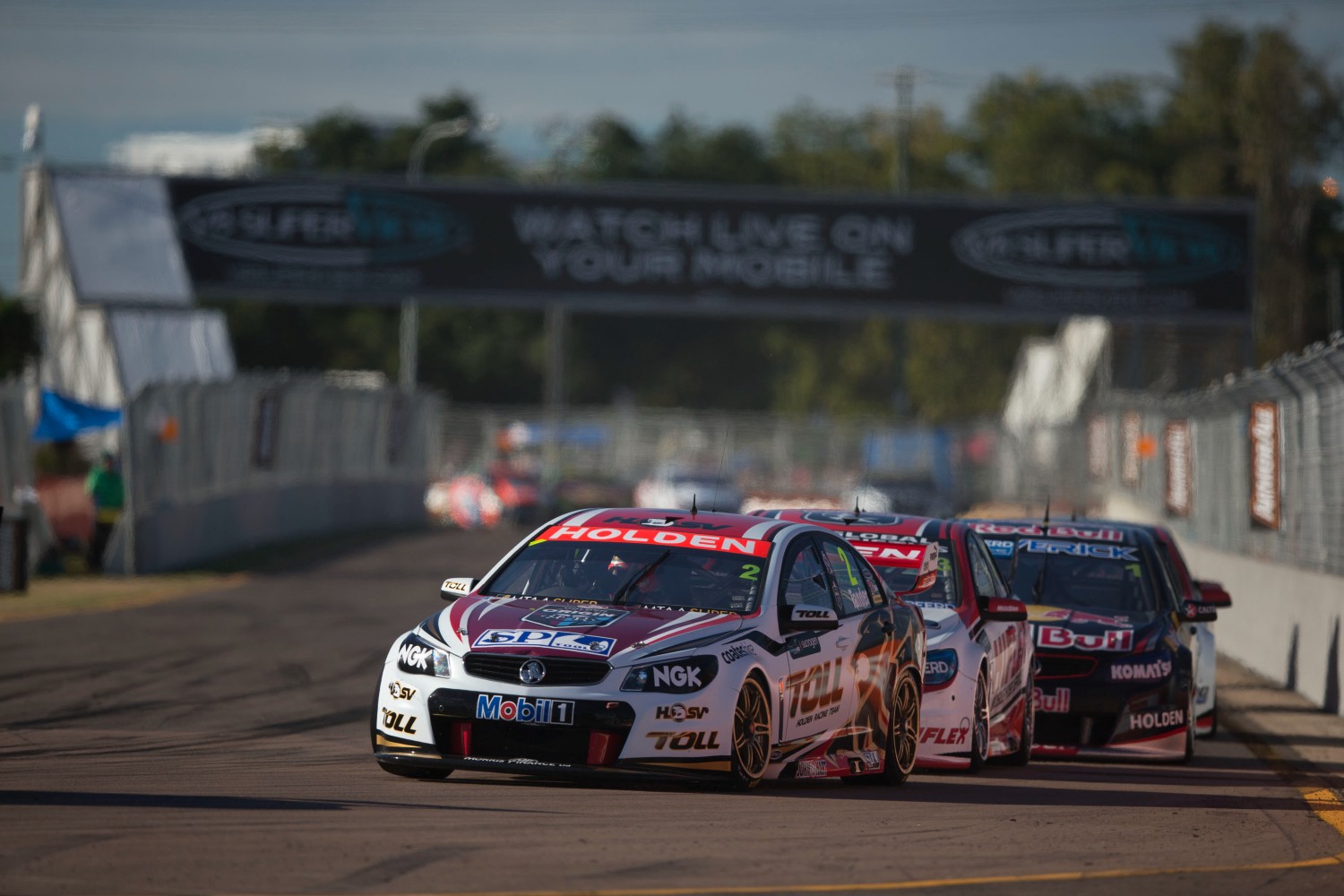 He would push on, and claimed victory ahead of Courtney to end his team’s near-two-year wait.

"I wasn’t going to give up," Tander said after the race.

"The only time I had to talk myself into it was going through the kink at Turn 1 under brakes into Turn 2… once I knew I survived that, I thought I’d press on and see what happens.

"It’s been a while since the last race win… I started hearing lots of noises in the car and all the rest of it in the last five laps, stayed away from all the kerbs, which is pretty hard to do around here but we brought it home."

Both HRT cars stopped under Safety Car early for soft tyres before pitting a second time for fuel and two rear soft tyres. 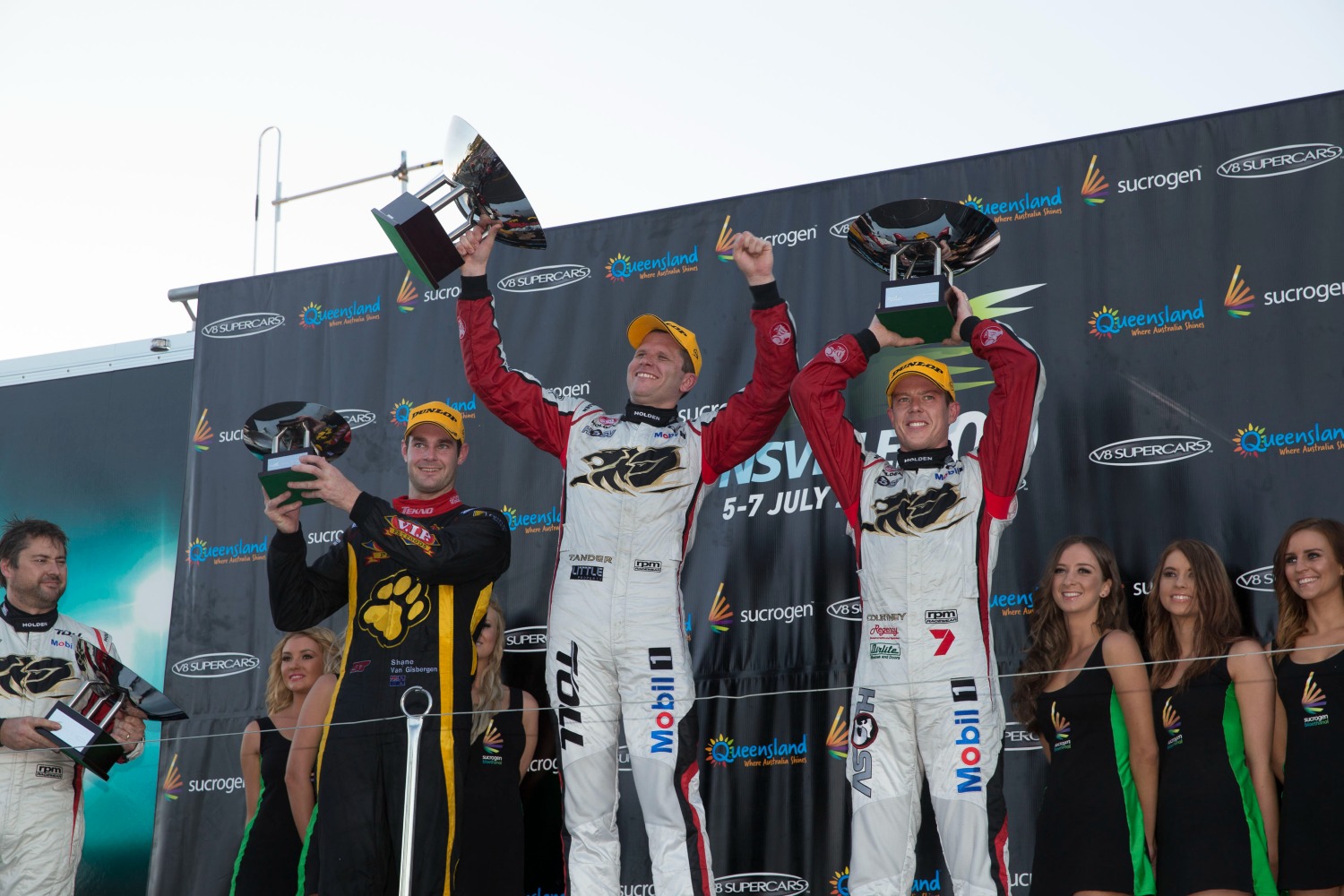 While the strategy worked, Tander’s crash nearly brought it all undone, with the 2007 champion admitting the car was "pretty second hand" after hitting the wall.

"It had a huge vibration through the car after that," he said.

"I thought it might have been a buckled wheel, which has happened before on these 18-inch wheels, they buckle pretty easily but sort of keep air in the tyre.

"I was just hoping to get to the next stop, and I was hoping the vibration would go away but it didn’t. So there’s obviously something bent underneath there."

He admitted it was his mistake, but the car’s ability to hang onto its tyres was enough to defy the odds following the high-speed concrete slap. 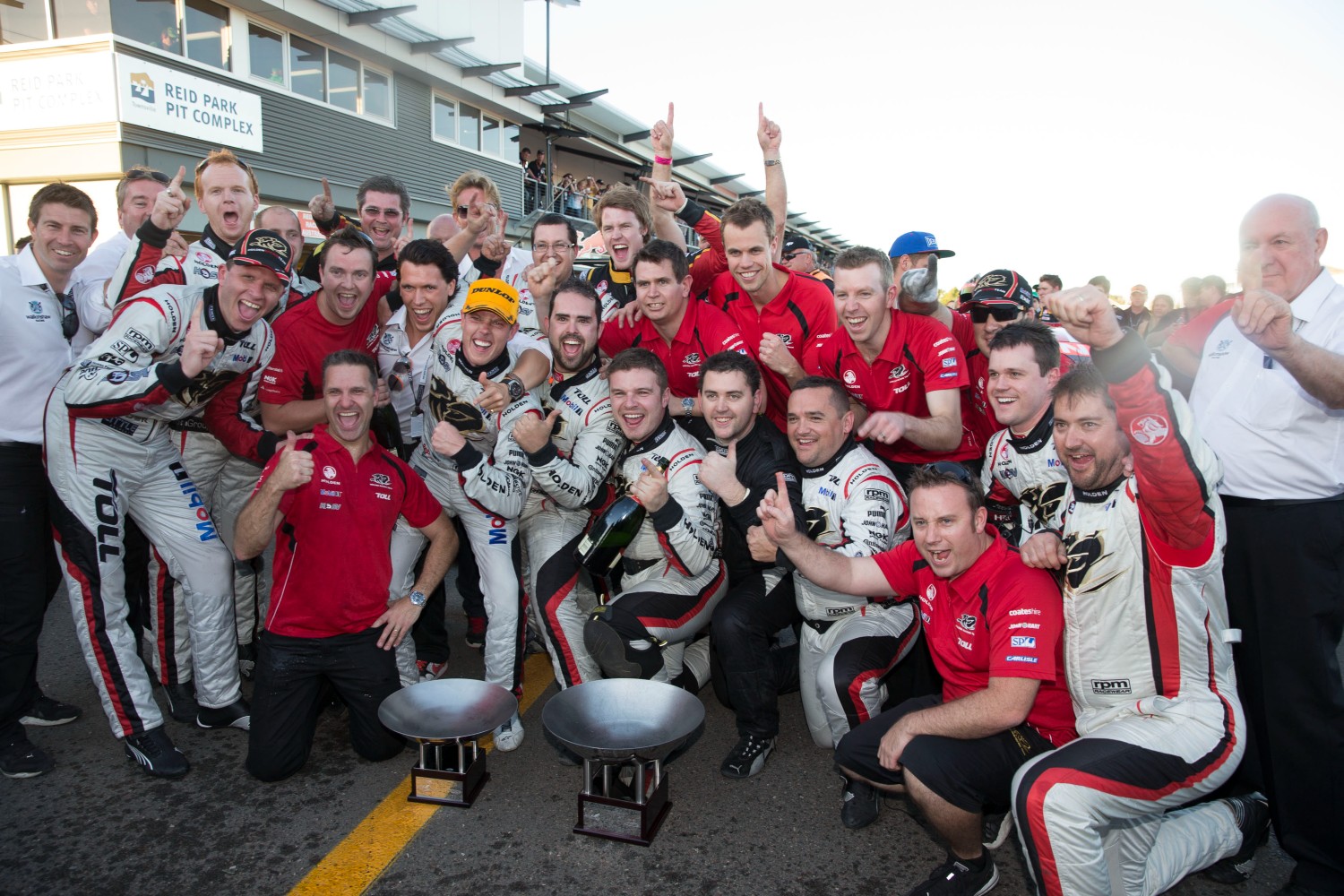 "When I came out and we were 11th and the first of the soft tyre runners I thought, right, we could be half a show here," Tander said.

"It’s an absolute credit to the guys because we have had to work hard this weekend… we’ve had a lot of podiums and a lot of success to this point but never cracked a race win.

"To have a race win and go one-two with James… we’ve both got a pretty big smile on our face right now."