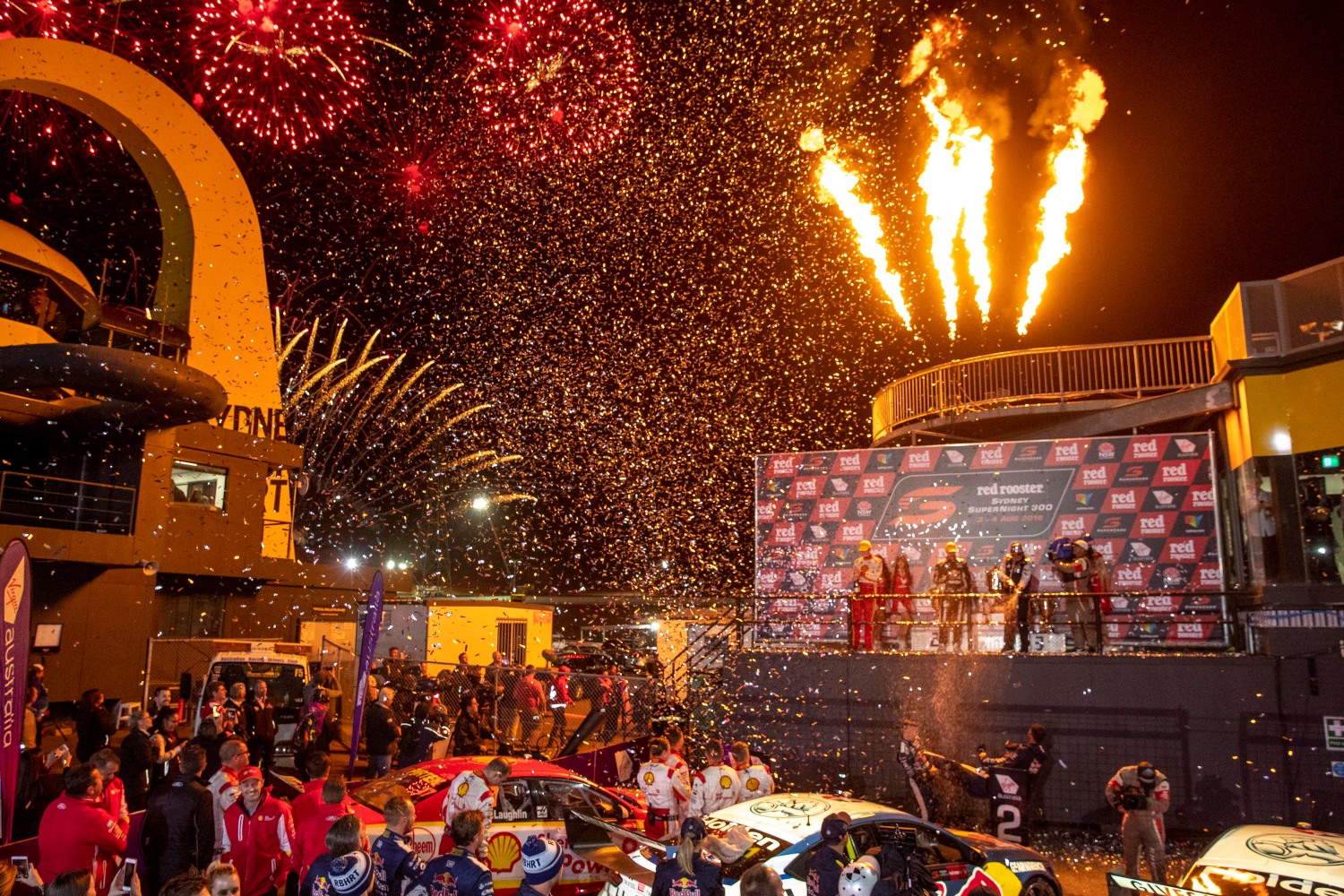 August 4, 2018 marked an historic day for Supercars, with Sydney Motorsport Park thrust into darkness for an epic night race.

Over 22,000 fans flocked to Eastern Creek to watch the first Supercars night race in Australia in 21 years. 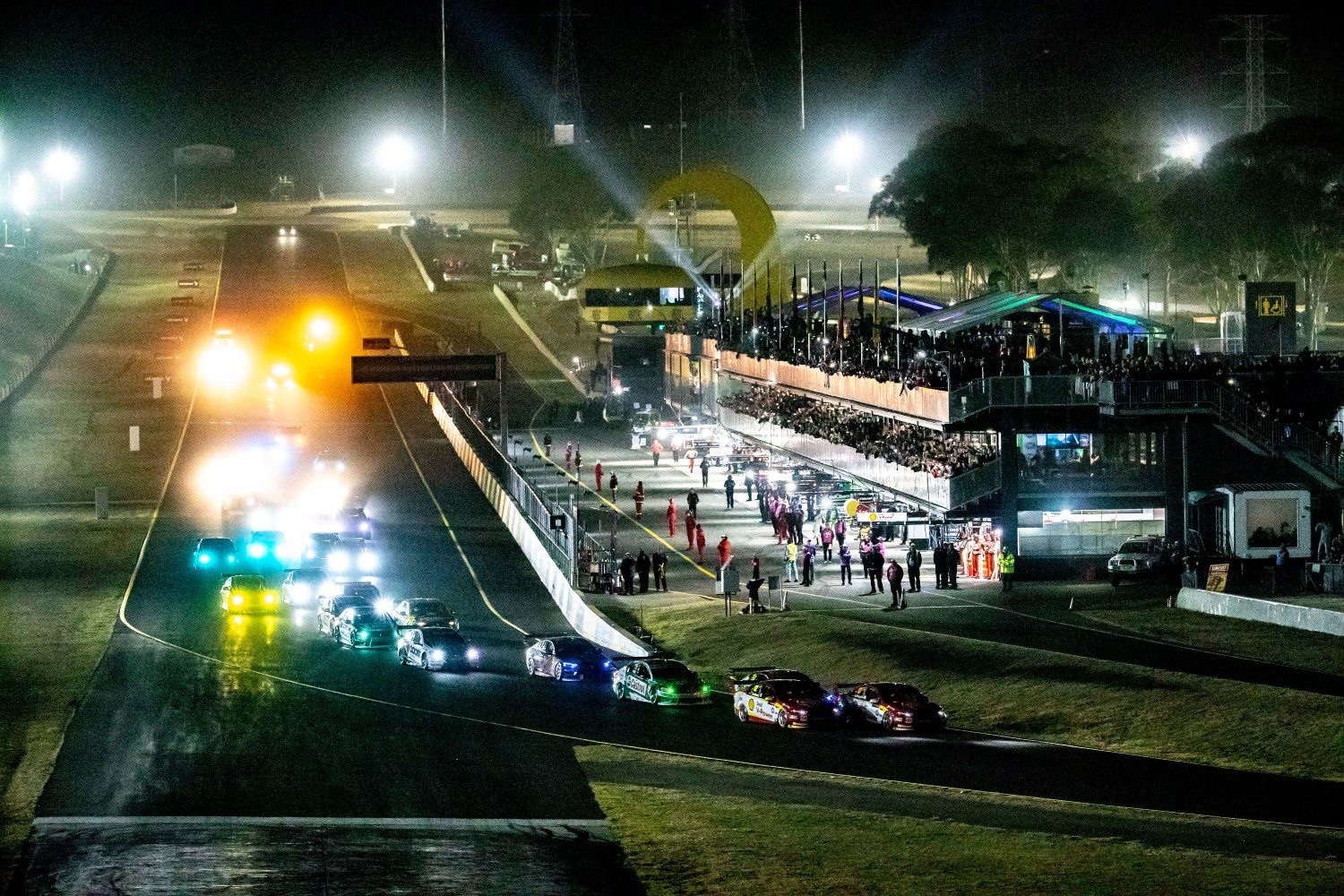 Craig Lowndes, who finished fourth, took part in the 1996 races in Sydney before he jetted off for a Formula 3000 effort the following year.

The 2018 title fight fluctuated between van Gisbergen and McLaughlin, with the latter clinching the crown at the Newcastle finale.

It would be van Gisbergen, however, who proved the smartest on the day night racing returned.

With headlights beaming and strobes flashing in the grandstand, pole man McLaughlin got away into an early lead off the line.

McLaughlin enjoyed the early running, edging away from van Gisbergen.

Fabian Coulthard, who started alongside teammate McLaughlin was first demoted by van Gisbergen at Turn 6, before Jamie Whincup fought past on lap 2.

By lap 15, McLaughlin led by over two seconds, with Whincup four seconds adrift.

The 77-lap epic would feature several strategy plays, with van Gisbergen following McLaughlin in on lap 18. 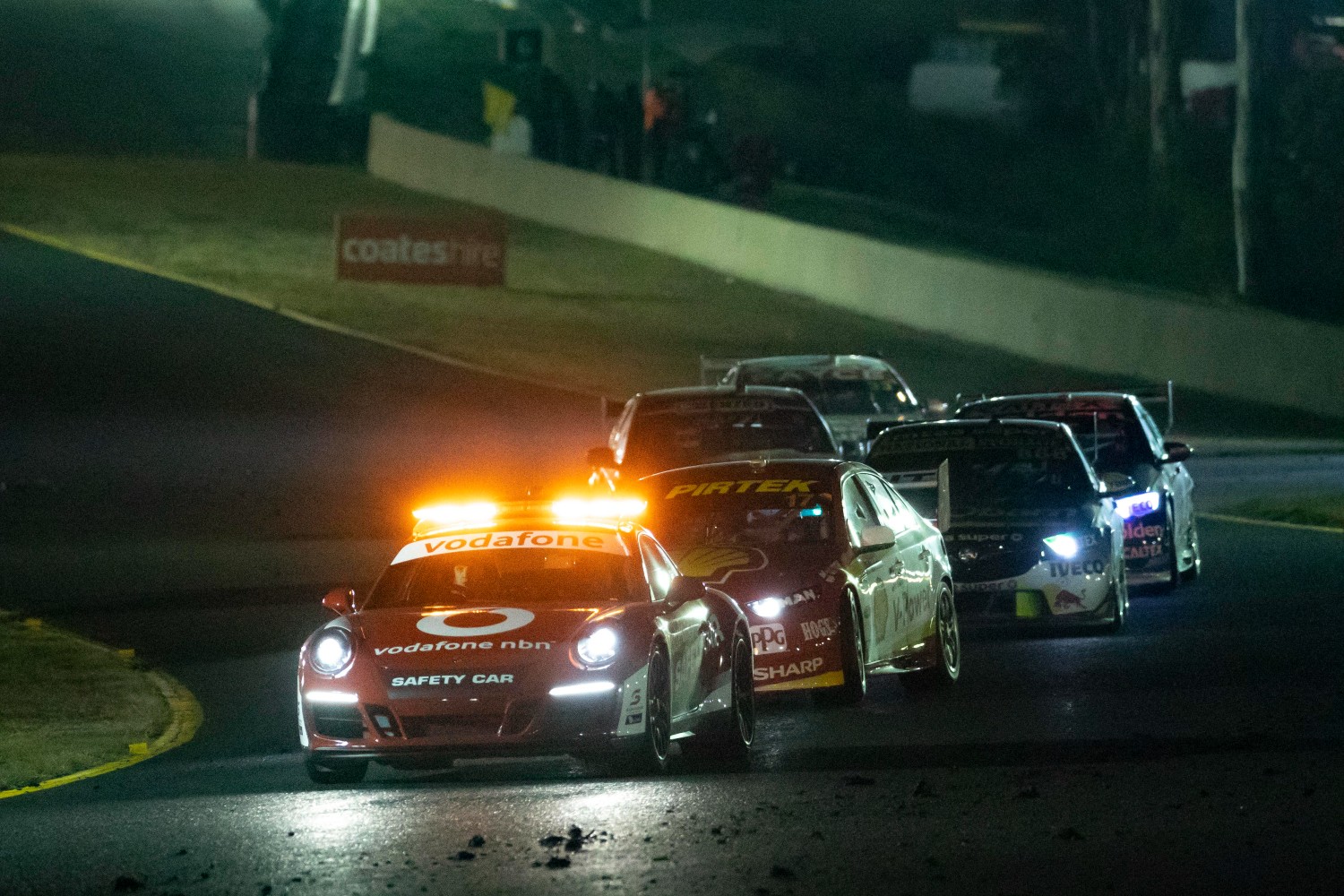 On the following lap, Coulthard followed Whincup in.

As ever in Sydney, tyre wear would be a factor. Lowndes, who started ninth, had pitted from sixth on lap 16 and moved into third on the road after the first stops.

Lowndes, a five-time race winner in Sydney, closed on van Gisbergen before stopping again on lap 34.

On lap 39, McLaughlin was again followed into the lane by van Gisbergen. The powerful undercut by Lowndes saw the #888 Autobarn Commodore enjoy a six-second lead with 30 laps remaining.

The fuel difference between Lowndes and McLaughlin would see the latter regain the lead after his lap 54 stop.

There, it seemed Lowndes would be McLaughlin’s closest challenger. However, when the rear wing parted company with Todd Hazelwood’s car with 20 laps remaining, everything changed.

Hazelwood was sent into a high-speed spin at the fast Turn 1, and the Safety Car was deployed. Van Gisbergen and Whincup pitted together, the latter having to double stack.

On fresh tyres, the Red Bull duo were in the game, with McLaughlin and Lowndes sitting ducks.

The race resumed with 16 laps remaining. Van Gisbergen cleared Lowndes on the run to Turn 1, and set after his countryman.

With 10 laps remaining, van Gisbergen made his move at Turn 4. McLaughlin had little left to fight, and ceded second to Whincup at Turn 7 with four laps remaining.

And so it was: through all the hype of the night event, it was the familiar duo of van Gisbergen and Whincup leading the charge.

The teammates ran line astern to the chequered flag, fireworks lighting up the Sydney sky along the pit straight.

McLaughlin settled for the final spot on the podium, his 16th from 21 starts in 2018. Lowndes was fourth ahead of Chaz Mostert, Rick Kelly, David Reynolds, Nick Percat and Jack Le Brocq. Coulthard fell away and finished 11th.

"We played a bit of a different game this weekend with not putting our best foot forward in terms of tyres," van Gisbergen said.

"We sort of sacrificed qualifying a little bit, but it didn't hurt us too bad in the end. 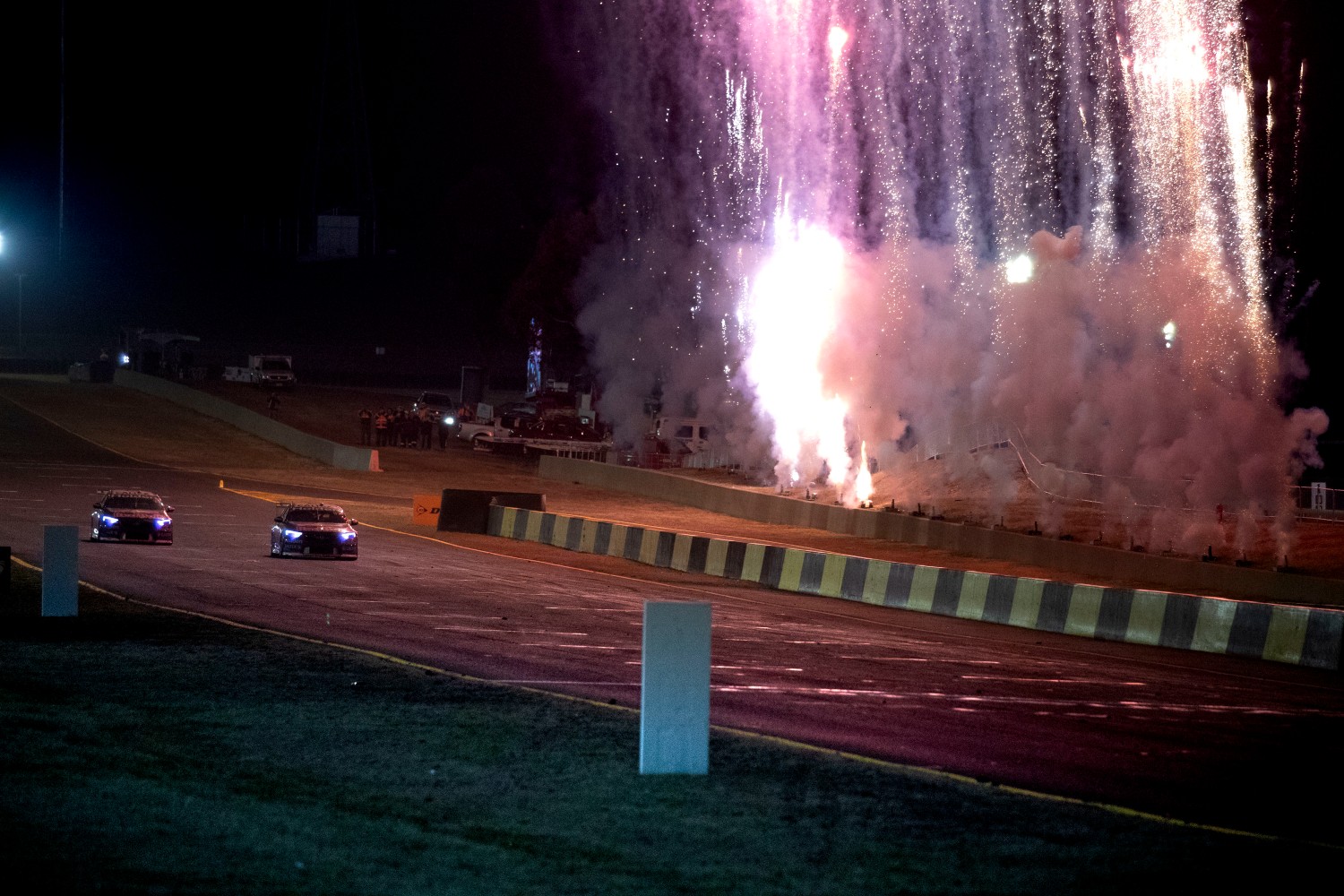 "And at the end of the race, we both had a new set of tyres, so it worked out quite well."

The teammates had enough of a gap to Mostert in fifth to complete the double stack, which enabled the late charge.

It was an even luckier situation for Whincup, who had a flat battery before the race.

"We knew we had enough gap to fifth," Whincup said. 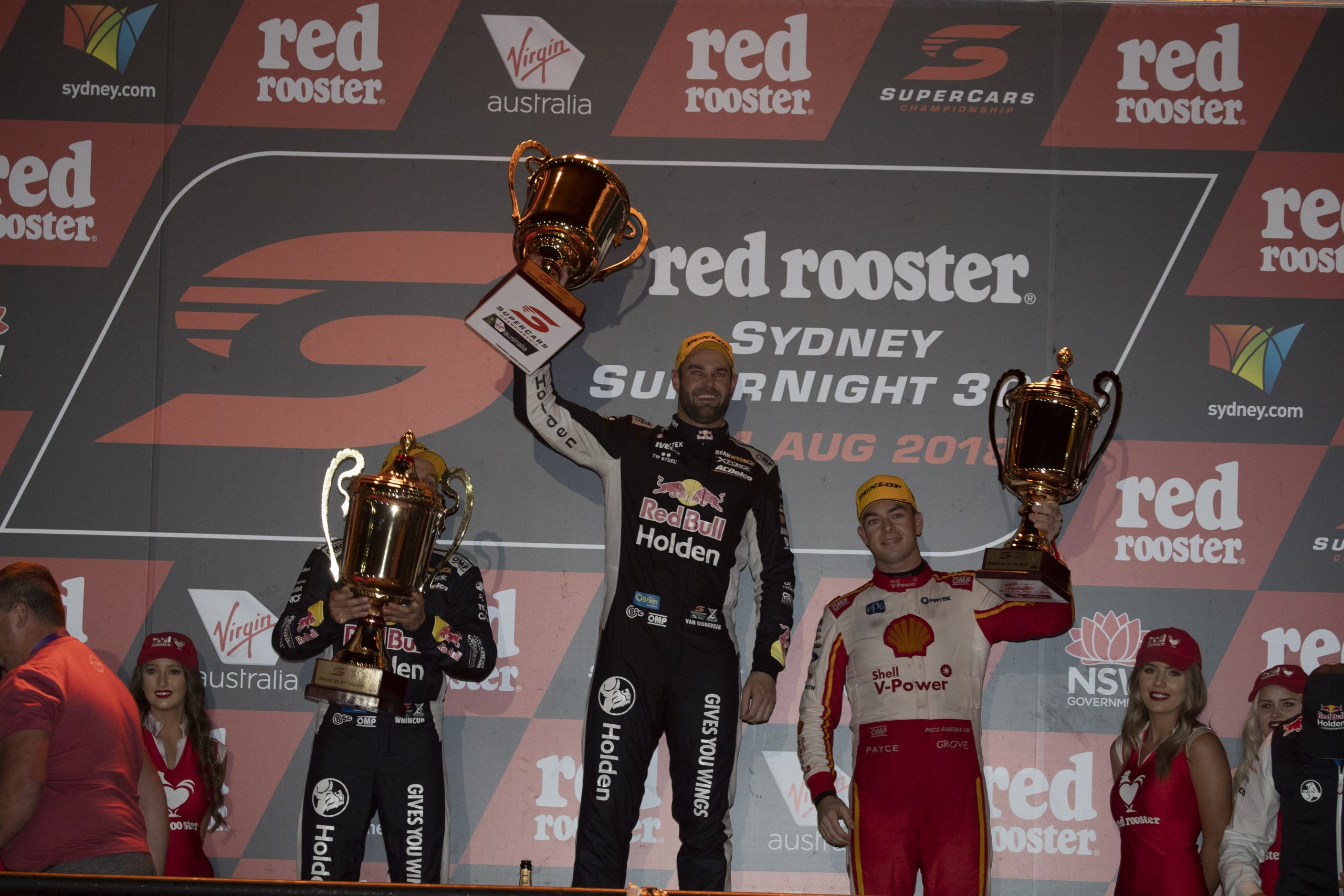 "We were in a very good situation, there was enough gap, we weren't going to lose spots.

"That's why we ran the risk and just kept trucking on out there. If we were going to lose a couple of spots, we would've pitted with these guys four laps earlier.

"I was very, very lucky to get off the line… the battery went flat, we had the jump battery in the whole time so I'm not sure what happened there.

"I got a bump start, gave it plenty of revs on the parade lap and luckily it went as I pulled up for the start." 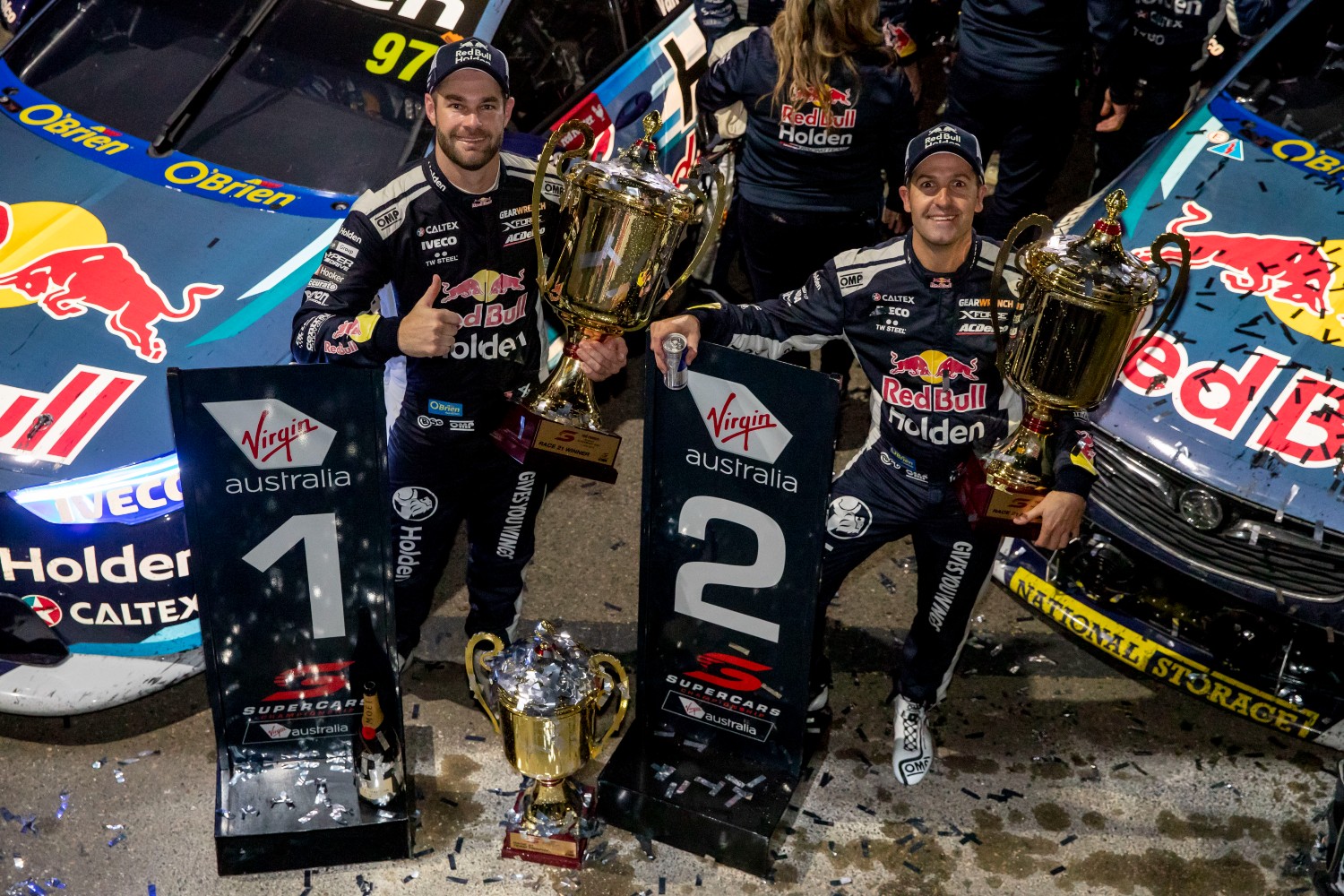 McLaughlin was disappointed to miss out on victory, having set the tone in the opening half of the race after claiming pole.

"I tried so hard to keep them behind. Sorry to the Ford fans I couldn’t get it done for you, I’m absolutely gutted," McLaughlin said.

"We had a great car today, had a great team, great pitstops and great strategy, unfortunately the Safety Car came at the wrong time.

"But it’s a good points day and we’ll move on."

McLaughlin would have the last laugh, claiming his maiden title in Newcastle at the end of the season following an enthralling year-long battle with van Gisbergen.

Night racing returned to Sydney last year, with Perth hosting a night event in early 2019. On both occasions, McLaughlin was the class of the field.

Sydney Motorsport Park is again slated to host a night event in November.

The Whincup record that may never be broken