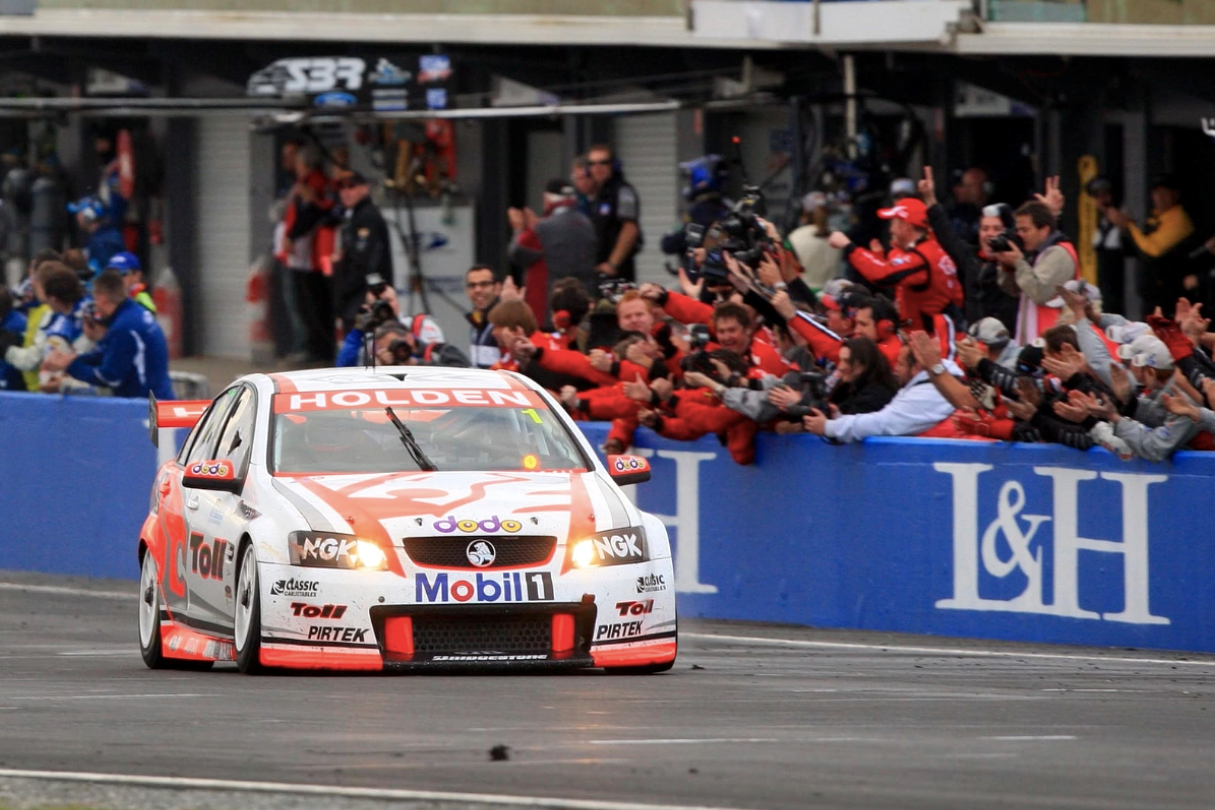 Records are made to be broken, and on this day 13 years ago, Garth Tander and Mark Skaife combined to reset a Phillip Island marker.

Endurance racing returned to Phillip Island on September 14, 2008, with the sweeping Victorian circuit hosting a 500km race for the first time since 1977.

The 2008 season had seen several twists and turns before drivers and teams switched to enduro mode.

Notably, Jamie Whincup had bounced back into title contention after a Hamilton shocker earlier in the year.

Reigning champion Tander had won the previous round at Winton on countback and carried a slender 12-point lead into the event.

The Phillip Island enduro saw an innovative format to set the grid, with two preliminary 14 lap races held on Saturday with the two drivers of each car starting one race each.

The combined results of the two races determined the grid for the main event, and it was the #888 Falcon of Whincup and Craig Lowndes which claimed the historic pole.

Handed the duties of closing out the race, Whincup made an error at Turn 4, allowing Tander to sweep by to take victory.

Skaife also became the first driver to win the 500-kilometre co-driver race at three different venues, having previously won the 2000 Queensland 500 and the Sandown 500 in 1989 and 2003.

The Holden Racing Team duo also broke the record for the lowest grid position for a race winner in ATCC/Supercars history at Phillip Island. 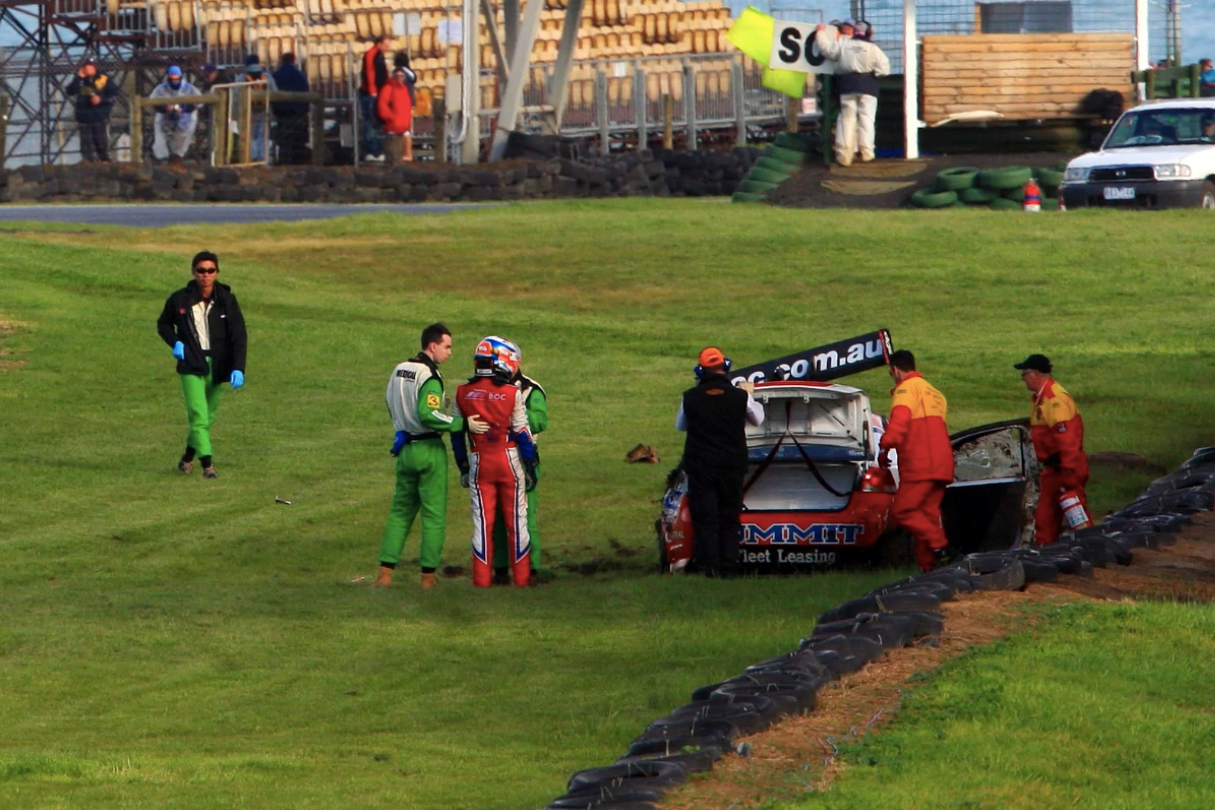 They launched from 10th, undercutting Craig Baird’s previous record of ninth in 2000.

The enthralling race featured a mid-race shower, which caught out several win hopefuls.

Rick Kelly went off twice, Russell Ingall lost control out of fourth place and speared off, as did Steven Richards and eventual third-place finisher Steven Johnson.

Andrew Jones wasn’t as lucky, with the Brad Jones Racing driver famously rolling several times at the entry to the Hayshed bend.

He escaped unhurt, but the car was wrecked and the Safety Car inevitable.

Whincup and the Triple Eight crew played the strategy to perfection to dominate, but HRT didn’t have everything its own way.

Skaife plummeted down the field and at one stage was languishing in 15th place. 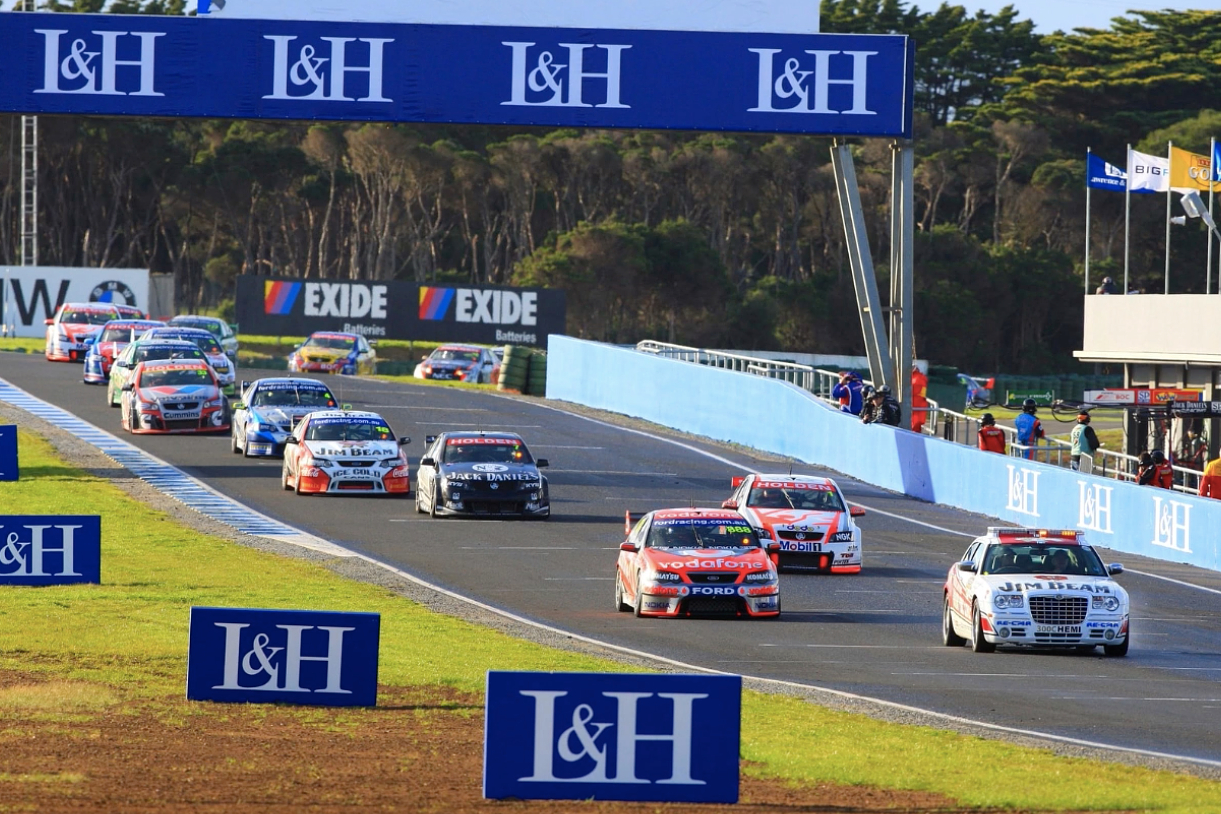 However, when Tander took on with fresh tyres amid a clever strategic move, the #1 Commodore was back in the game.

"I was just pushing too hard," a dejected Whincup said.

"I was on the limit and just went over the limit.

"I shouldn't have done that. I'm a professional. I should have found the limit and stuck to it."

"It's a good result, I suppose, but it's not what it could have been," Whincup continued.

"Craig did a faultless performance but I just dropped the bundle.

"I'll come back. I don't know how yet. I don't want this feeling ever again." 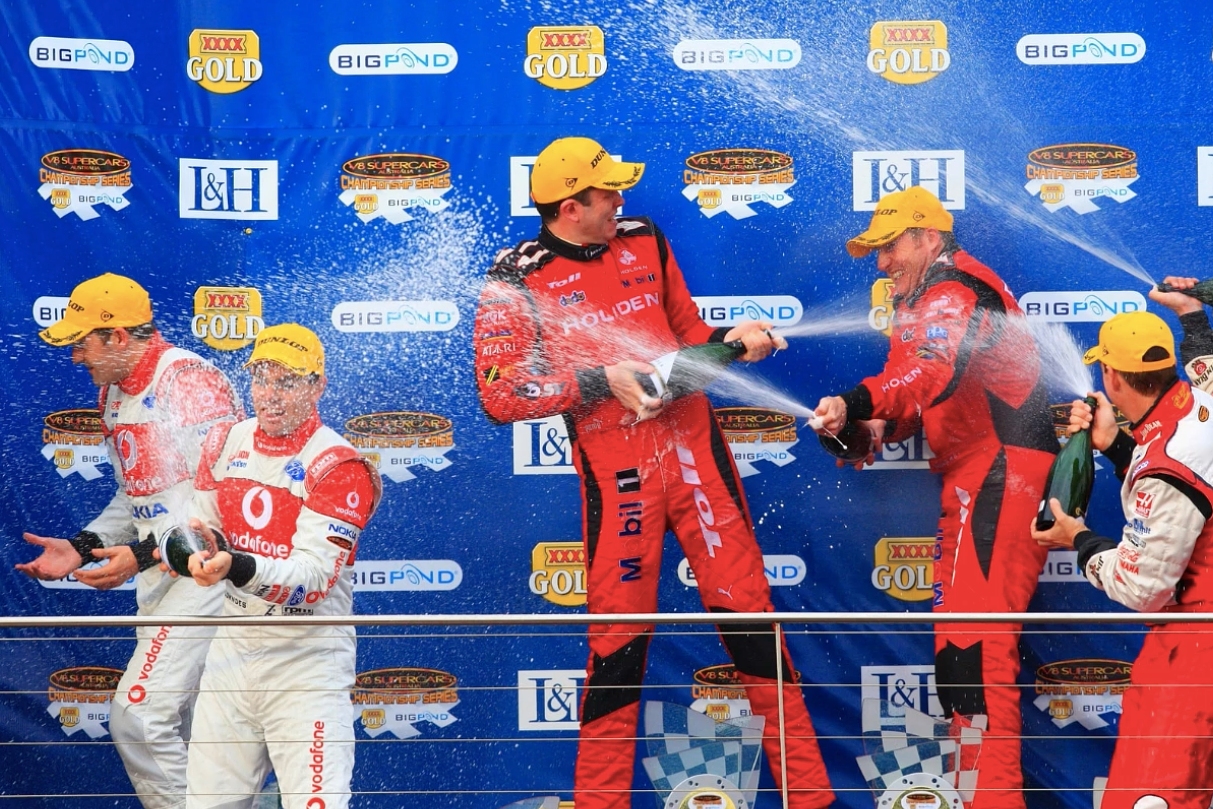 Skaife, who had won his first race since Eastern Creek the previous year, lauded Tander’s epic performance to force Whincup into an error.

It was Tander’s seventh win of the season, helping the 2007 champ extend his series lead to 80 points heading to Bathurst.

"He's the benchmark guy in Australian motorsport at the moment," Skaife said of Tander.

"I thought that the battle Garth and Jamie had there at the end was as good as it gets in Australian motorsport.

"Personally [I feel] fantastic… but the win was Garth's. He drove the car very, very well.”

Tander headed to Bathurst and claimed pole, only to stall off the line before Skaife crashed at Forrest’s Elbow mid-race.

Lowndes and Whincup claimed an historic Bathurst treble, with the latter going on to win the first of a record seven drivers’ titles.

Tander would have the last laugh with regards to Phillip Island when the series returned 12 months later.

It came after more late heartbreak for Lowndes and Whincup; the #888 led late on, but Lowndes suffered a deflating tyre on the final lap.

Tander ranged behind the Falcon and stole the lead and the win, having led just nine other laps all day.

Tander and Davison did the double at Mount Panorama, with Lowndes and Whincup fifth.