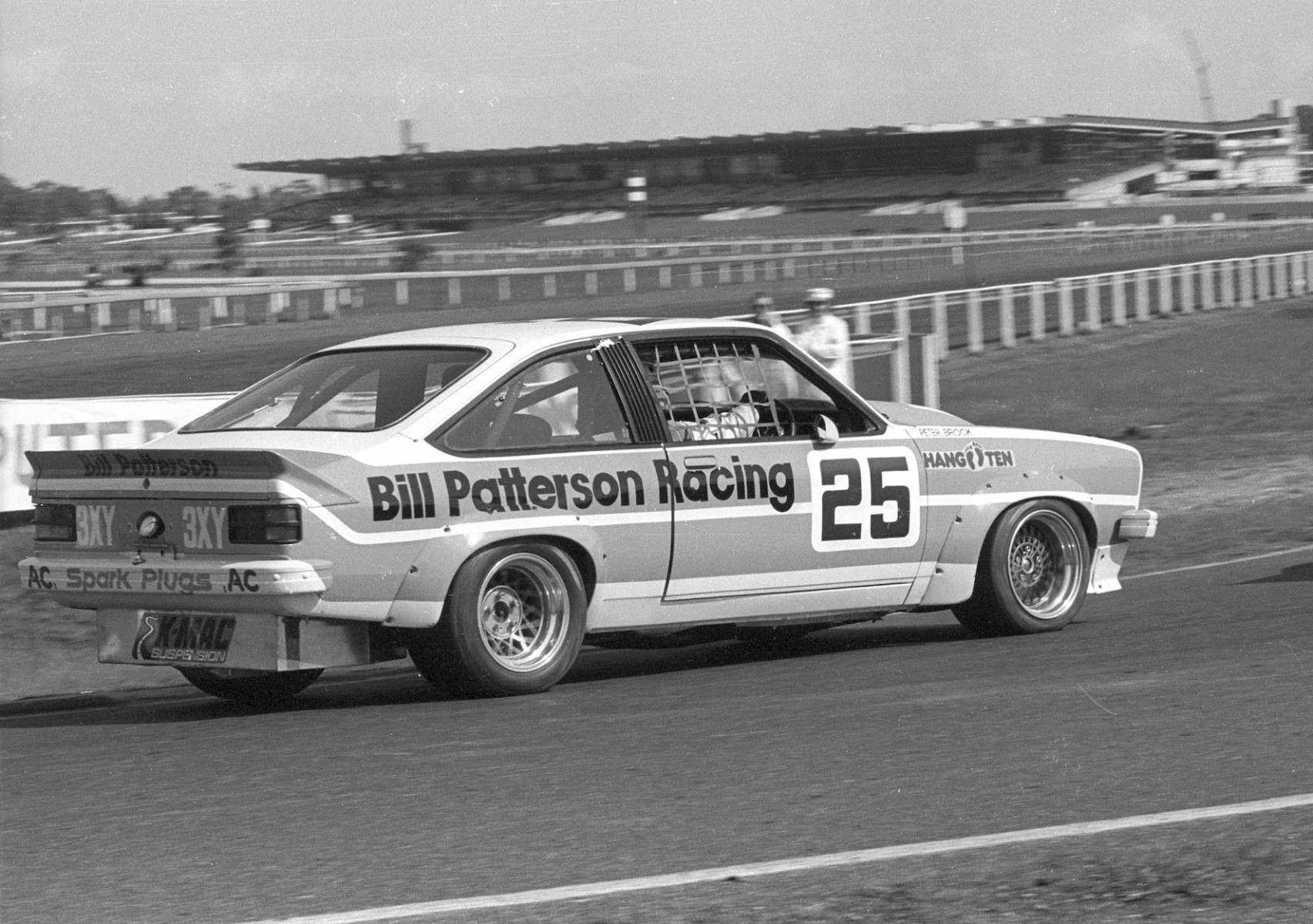 Given this year’s Wilson Security Sandown 500 is Retro Round for the Virgin Australia Supercars Championship, it’s a great chance to look back at history and see what was happening on this very day all those years ago.

Driving a new Holden Torana A9X Hatchback for Melbourne Holden dealer Bill Patterson, Brock won by a lap over the similar new A9X of Allan Grice and Ford star Allan Moffat, who had started at the back of the grid following engine problems in practice. 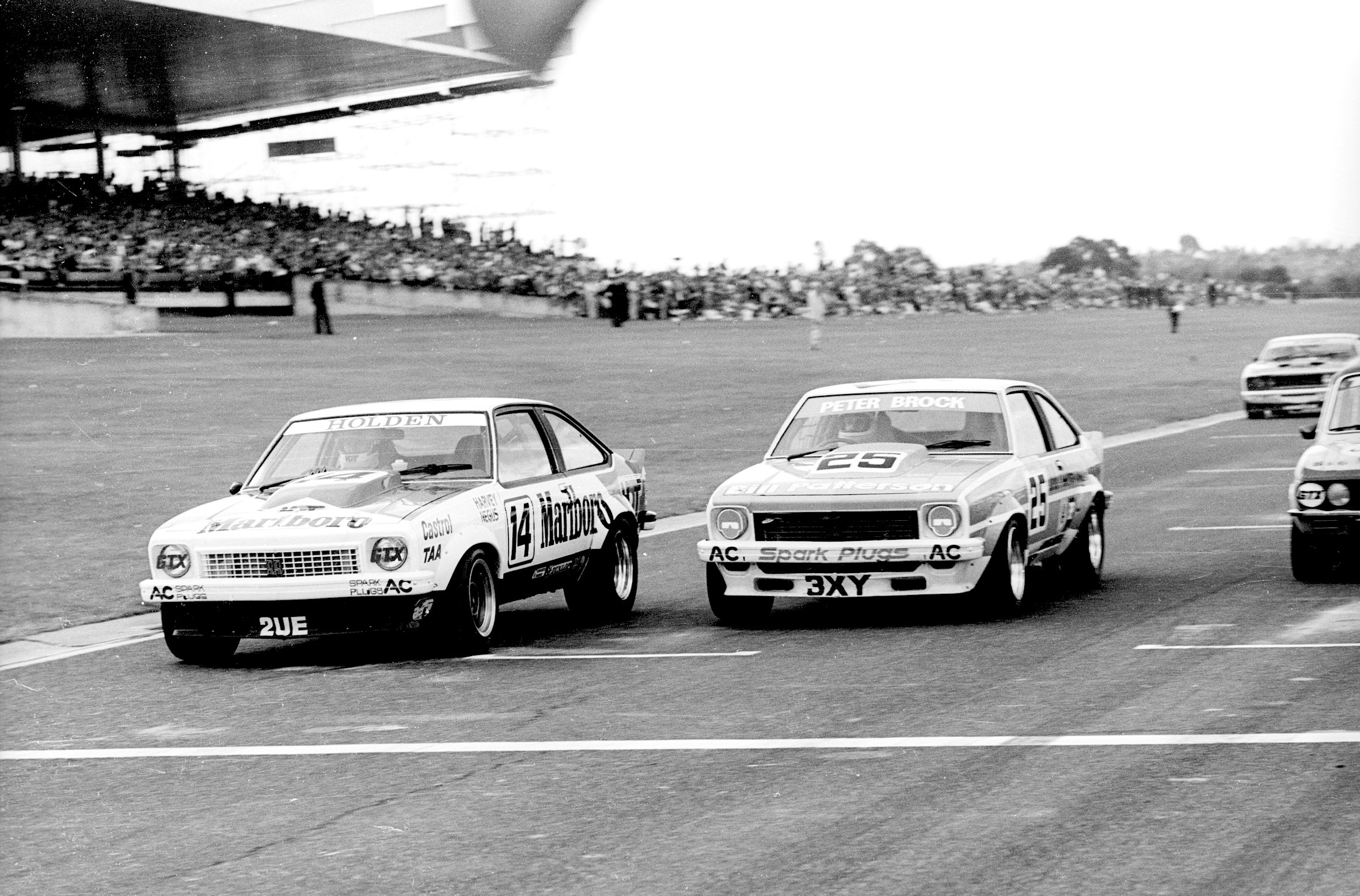 This was an era where Brock was most certainly in a league of his own on his home soil at Sandown in front of the huge crowds that used to fill the grandstand on the main straight.

In fact, his 1977 win was part of a streak of seven straight Sandown wins by Brock from 1975 to 1981 and an eventual record nine wins in the traditional pre-Bathurst classic – a record that still stands.

Winner Brock completed the 129 laps (the race was over 400 kilometres back then, not becoming a ‘500 until 1984) in just over two hours and 48 minutes, running with stock standard rear brakes and calipers as racing versions had not arrived in time for his new Torana!

“We were really let down by the people who supplied the racing brakes,” Brock said after the race.

“In their own judgment, they decided to supply one team and not another, namely ours. These jokers think you forget these things, but I don’t, and that really gave me the desire to fix them up. It was very satisfying to win the race.”

It was a major day in the history of Australian touring car racing given it was also the racing debut of the mighty Torana A9X, a car that essentially dominated the final years of the 1970s and claimed two Australian Touring Car Championships and two Bathurst 1000s.

Holden teams had two different A9X options, many of them electing to build brand new Hatchback versions, while others took their existing L34 Toranas and modified them to the A9X specification with a bonnet scoop the notable change, but four-wheel disc brakes, stronger axles, a locker diff and Super T10 gearbox making them far more robust than their predecessors.

Things started great for the new cars in qualifying at Sandown too with Grice on pole alongside the Holden Dealer Team entry of John Harvey with Brock third in his hastily prepared #25 A9X. 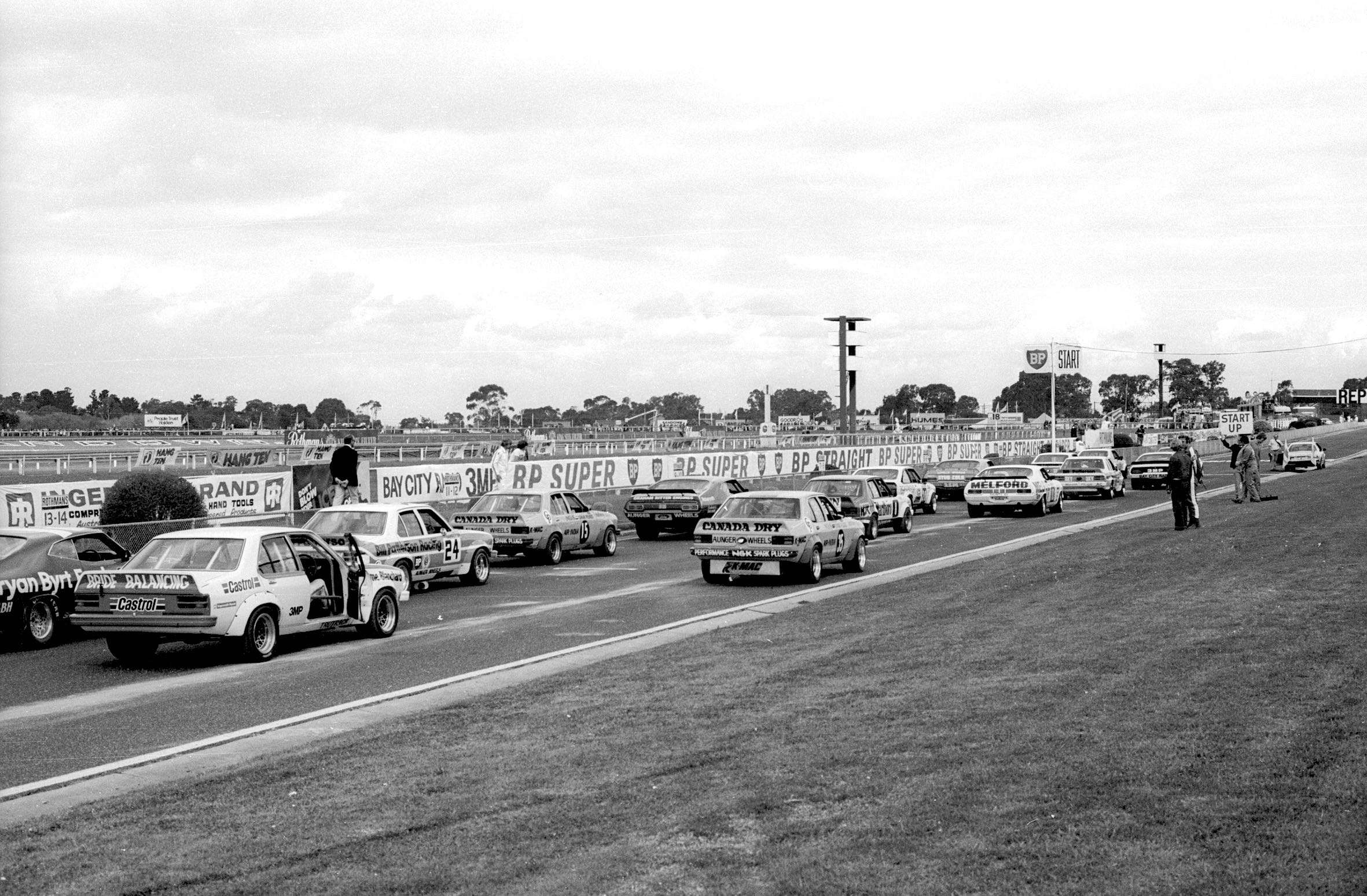 A field of 51 cars started the race at Sandown on this day 39 years ago, a mixture of Toranas and Falcons in the outright class and smaller-engined cars in the other three classes.

In those days the rate of retirements was high, with many cars prepared and run by enthusiastic privateers who generally had to burn enormous amounts of midnight oil – and their own limited funds – to get their car onto the grid.

In fact, 14 cars were out of the race before even one-third-race distance! 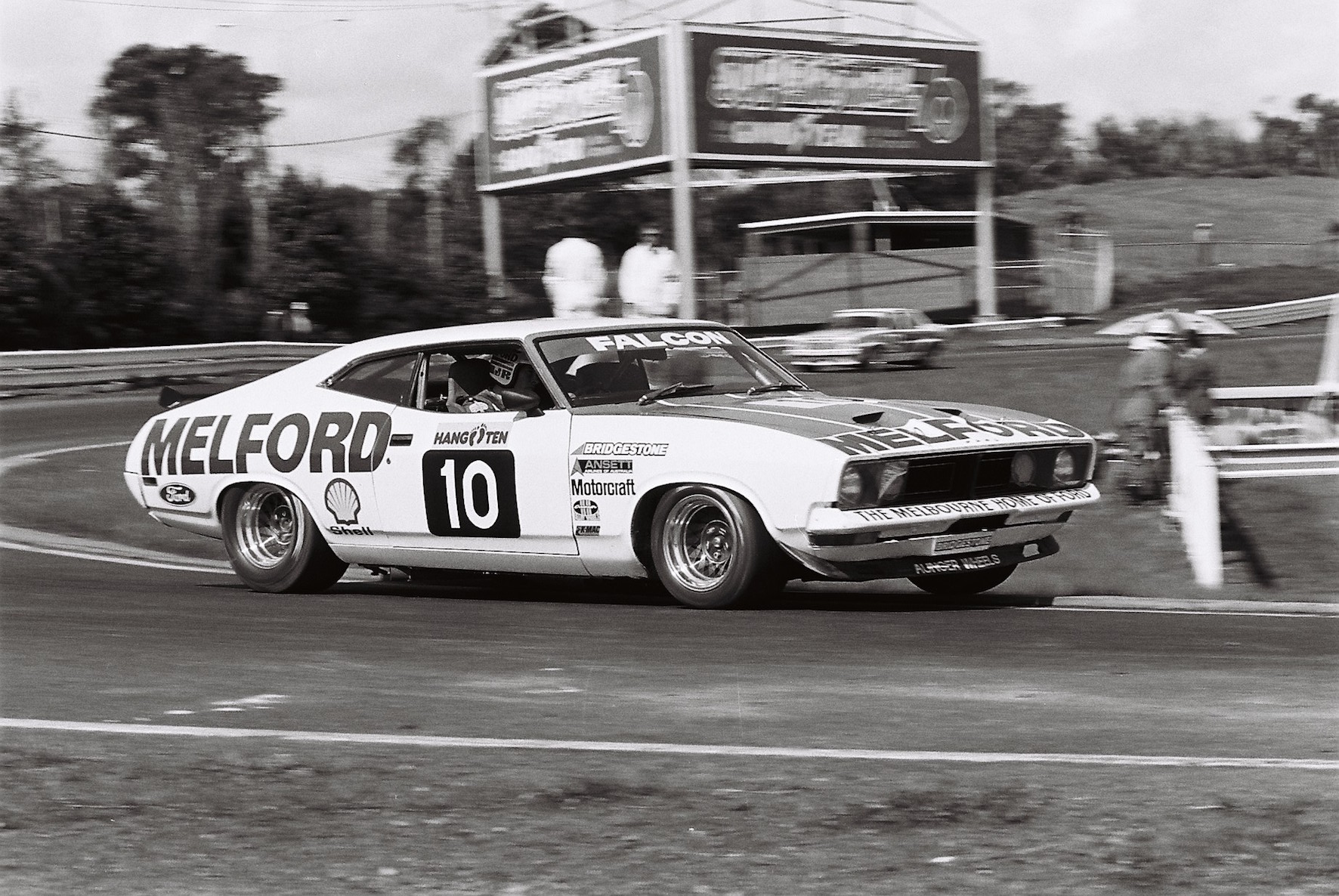 Even some names familiar to today’s fans struck plenty of problems on this day at Sandown – Larry Perkins escaped a nasty crash in one of Peter Janson’s Toranas with a broken nose, Jim Richards’ Falcon blew a headgasket, Dick Johnson lasted 12 laps until his Falcon broke a rocker and Harvey’s HDT car also had engine problems.

Colin Bond’s Moffat Falcon was delayed by hitting an errant wheel from a Mazda and a one-minute penalty for speeding in the pits, eventually finishing fifth and four laps down. 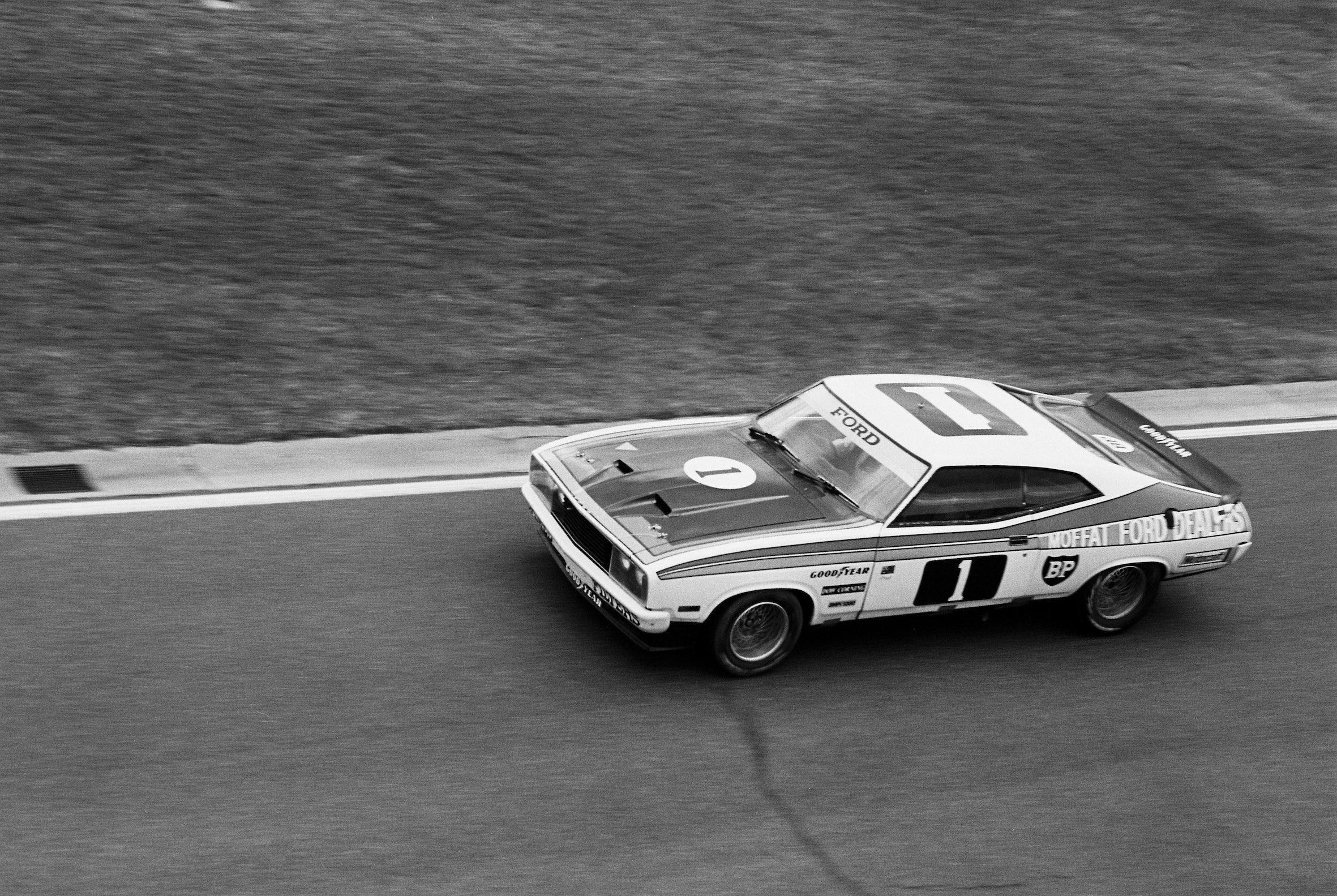 All up 26 of the 51 starters were classified as finishers with Grice second (one lap down), Moffat third (another lap down) and Brock’s teammate, South African Basil van Rooyen (driving his 1976 Sandown-winning L34 Torana) fourth in front of Bond and Torana privateer Graeme Blanchard.

The Sandown endurance classic holds a special place in Australian motorsport history with another chapter to be written next weekend at the Wilson Security Sandown 500.

Things may be very, very different these days and the Toranas and Falcon production-based race cars replaced by purpose-built Supercars, but the importance of winning at Sandown remains the same.