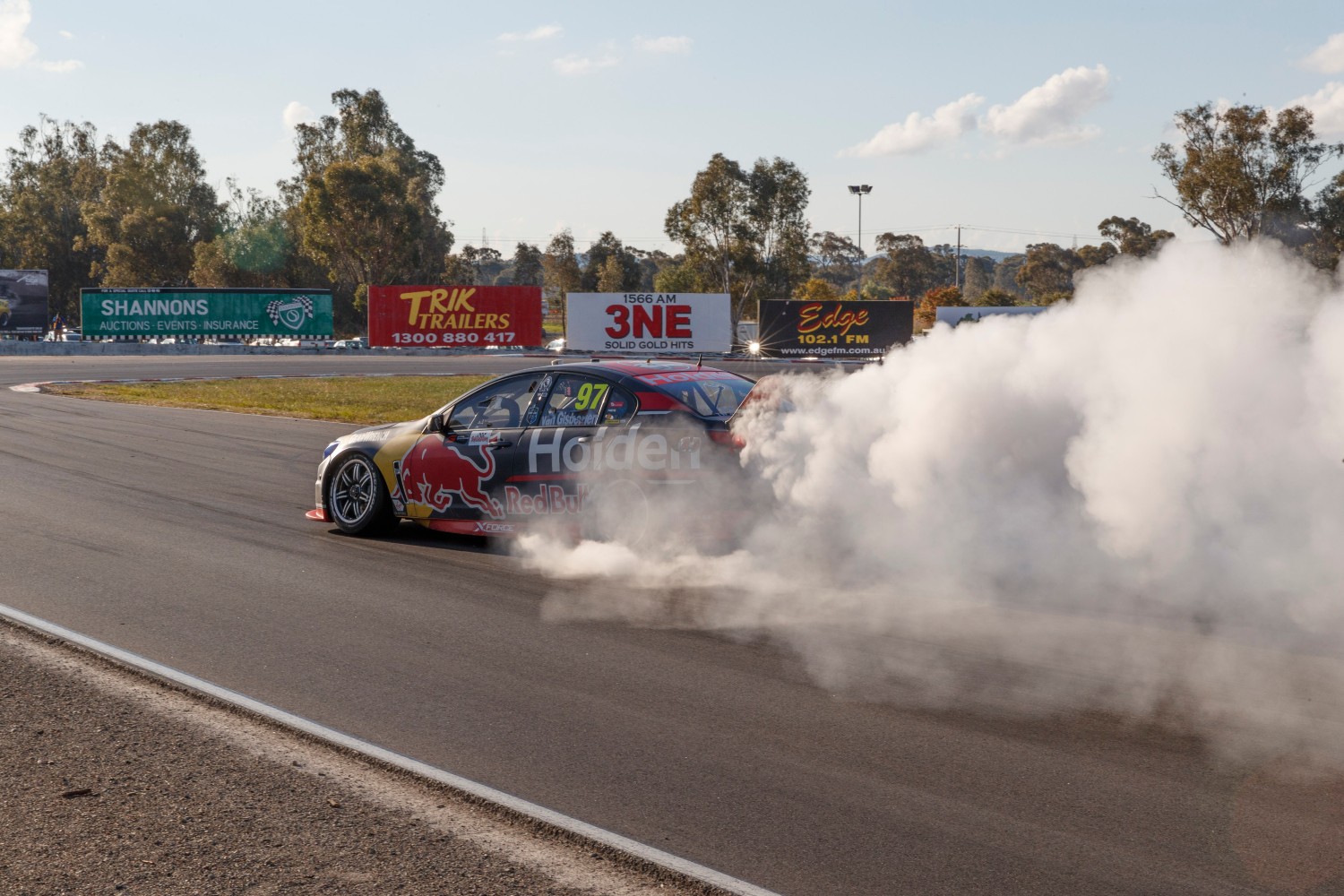 In 17 Winton races in seven events since 2013, Triple Eight has only won one race.

It came on this day four years ago courtesy of current series leader Shane van Gisbergen, who led Jamie Whincup in a one-two result.

Red Bull Ampol Racing’s hoodoo at Winton Motor Raceway remains a talking point ahead of next week’s event, with van Gisbergen and Whincup one-two in the standings.

With the team on a four-race winless run, and with its rivals adding extra pressure following a weekend of Mustang wins at The Bend, Red Bull Ampol Racing will be under the microscope when cars roll out for Practice 1 next Saturday morning.

However, on May 20, 2017, its Holden arch-rivals proved, at least for a day, that there is a recipe for success at Winton.

Van Gisbergen only assumed the lead in the race with 10 laps remaining, passing Whincup after a late Safety Car.

Whincup led the majority of the race after he jumped pole-sitter Scott McLaughlin, who clean-swept the 2019 event two years later. 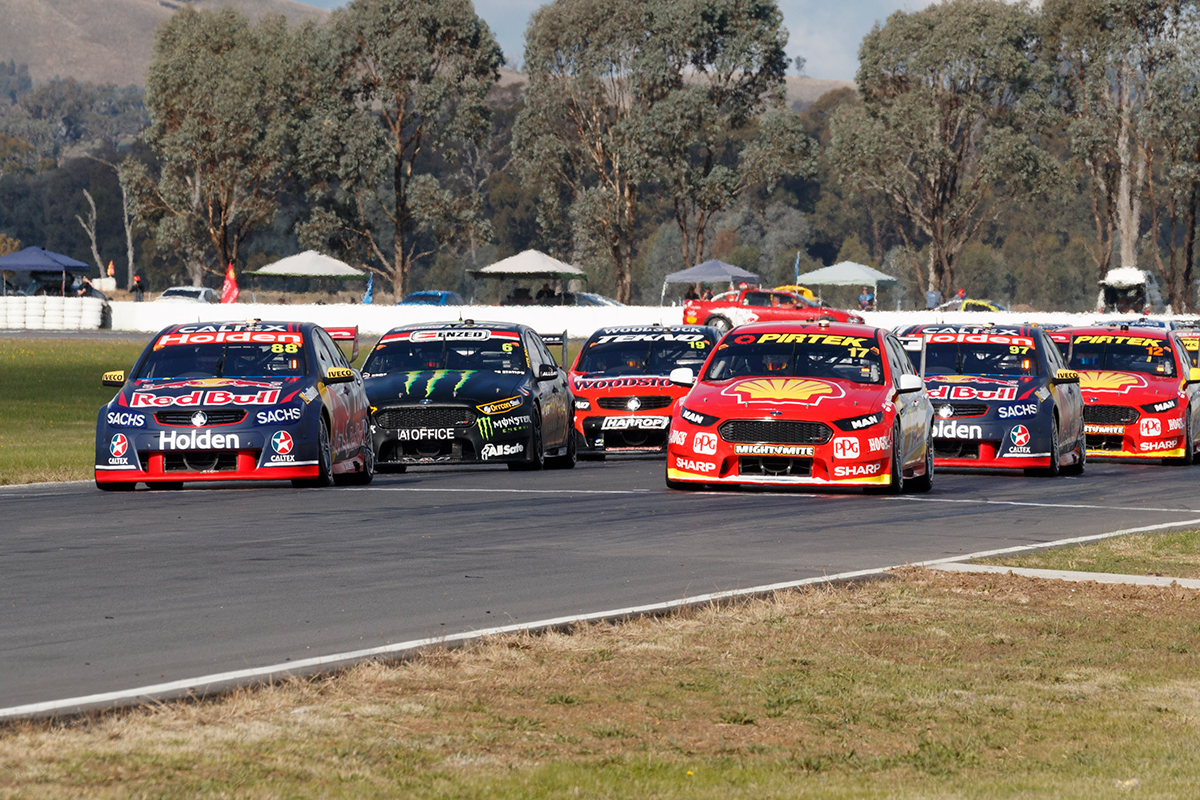 After the #88 Commodore bolted in the lead on the run to Turn 1, Jason Bright was fired off at Turn 2 by wildcard Macauley Jones.

McLaughlin, who battled a gearbox issue and a cool suit failure during the race, was muscled wide by van Gisbergen on the second lap.

After the race hit the quarter mark, with the stops playing out, Whincup held the lead from McLaughlin, van Gisbergen, Cameron Waters and Fabian Coulthard.

Whincup, eyeing his first win of the season, and hadn’t won at Winton since 2012, had built a 2.4s lead by the time van Gisbergen slid by McLaughlin for second at Turn 10 on lap 27. 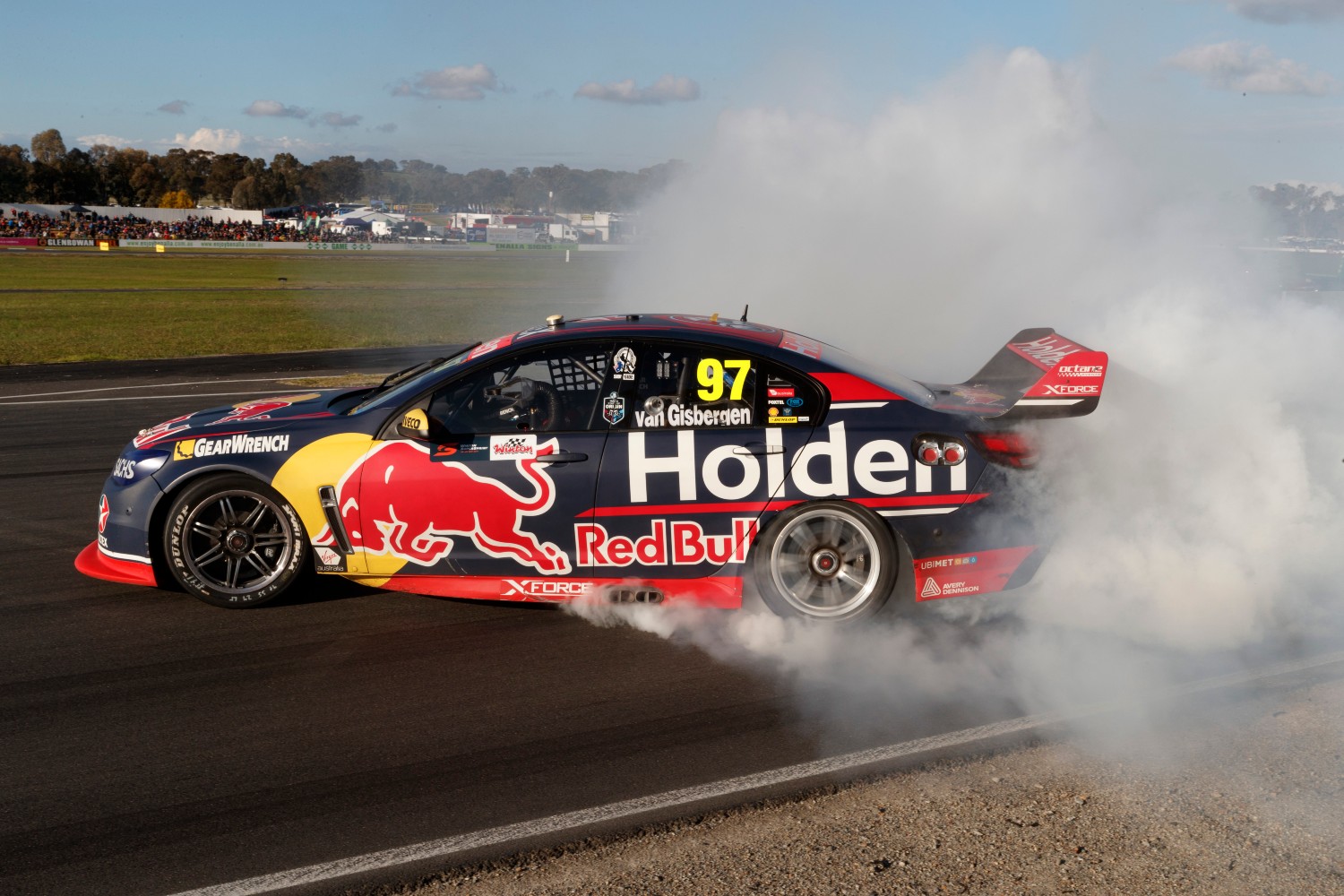 In the second round of stops, van Gisbergen briefly undercut Whincup for the lead before the #88 re-took the position at Turn 3.

Critically, McLaughlin began to fade in third as Whincup set about building another gap.

Coulthard ran a long second stint, but he could only rejoin in fourth after his second stop.

The Shell Fords swapped spots with 20 laps remaining before the Safety Car was called following an incident between Michael Caruso and wildcard Shae Davies.

When the race rejoined, Coulthard was on the back of the two Red Bull entries, before an error at the final corner from Whincup allowed van Gisbergen to take a lead he wouldn’t surrender.

For most of the day, Whincup loomed as the one to break the team’s duck at its bogey circuit, and his own poor run.

However, it was van Gisbergen who claimed season win No. 4, his first since the non-points race at Symmons Plains, and first points-paying win since his Adelaide clean sweep.

Delighted with the result, the Kiwi laid down perhaps his greatest victory burnout, sliding around the majority of the three-kilometre lap in celebration. 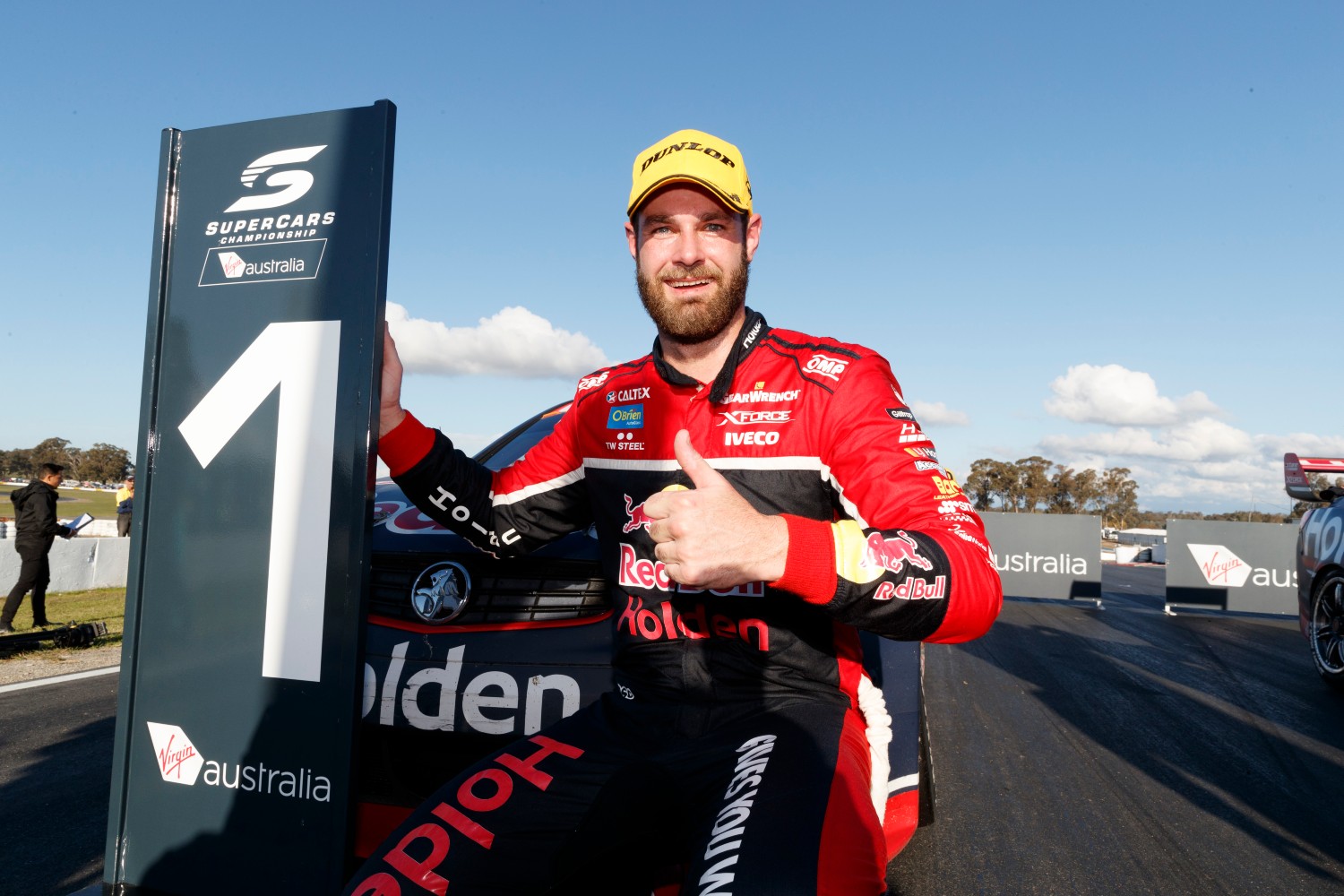 "I feel like we have been working so hard, and today it has paid off,” van Gisbergen beamed.

"Today was flawless, we had been lacking a little, but we pushed forward hard and the results show it.

"I haven't felt that aggressive for a while, the car felt great, it was awesome racing. It got pretty full-on at the end there.

"We need to continue to be consistent, that's how we got the championship last year, so we need to keep this up.” 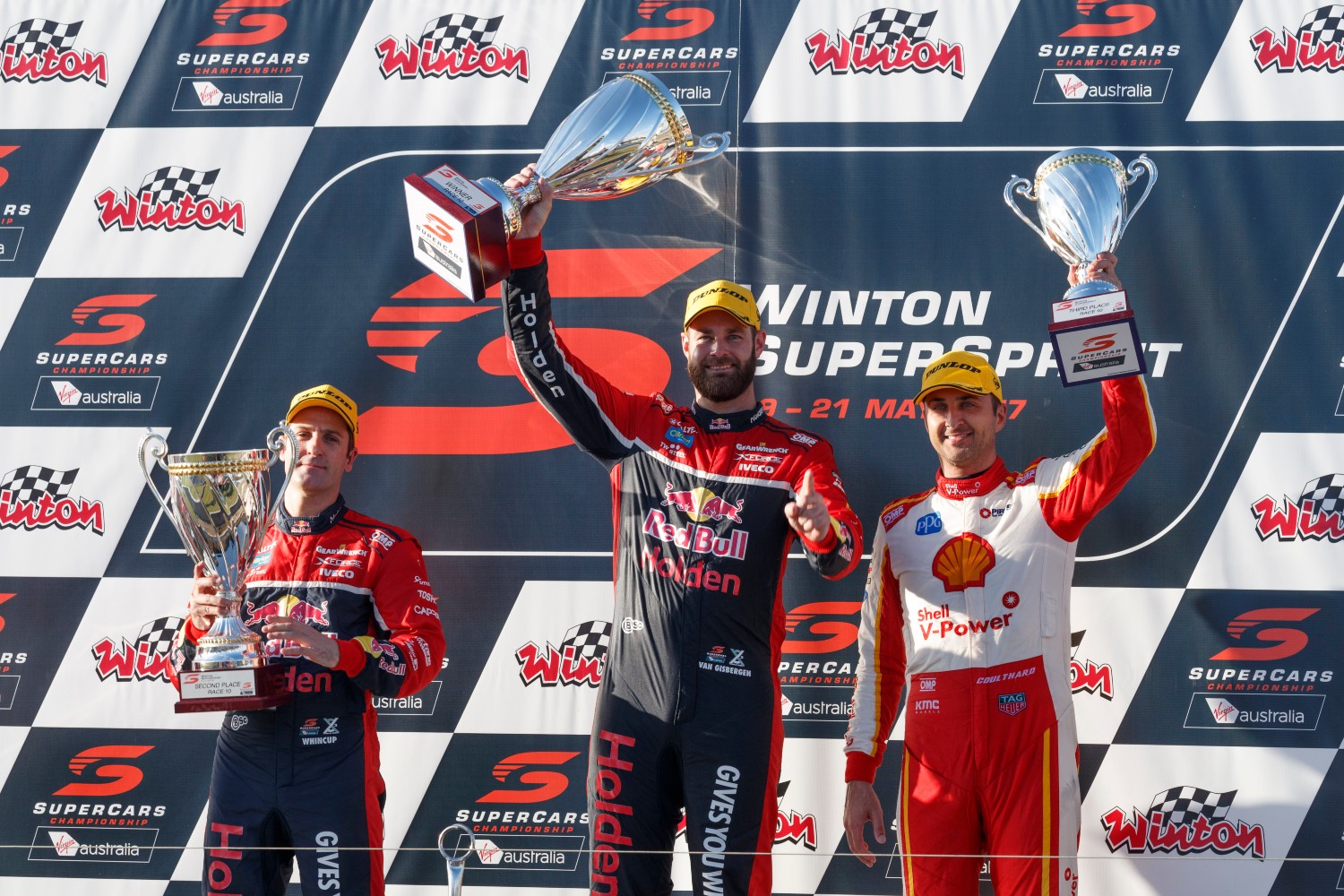 Whincup, having missed out again, was far from pleased: "I haven't won a race this year and it is starting to get on my nerves.

"We have the potential, we need to get there. I did everything to get across that line first, I pushed as hard as I could to be in that box seat.

"Safety Car at the wrong time, dirt on the track, the car was loose on the restart, what could go wrong did go wrong.”

The Repco Supercars Championship field will return to Winton for the first time since 2019 for the Winton SuperSprint across May 28-30. Tickets are available here.