On this day: ‘No regrets’ over controversial clash for the lead 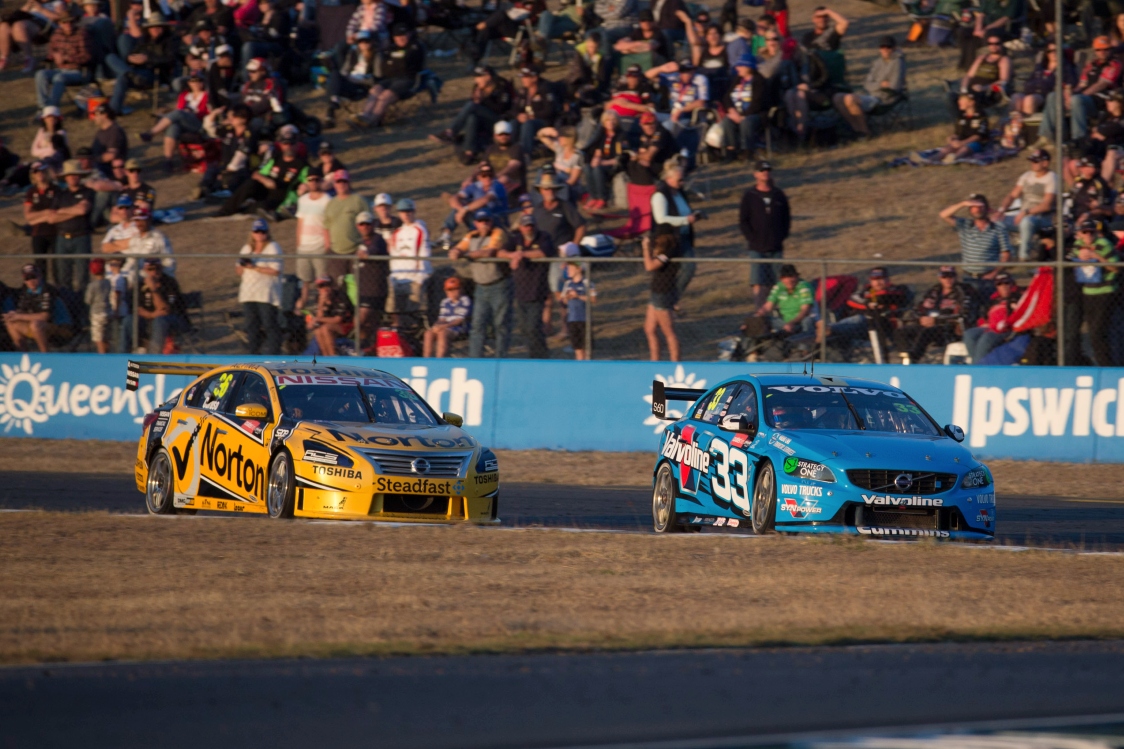 On this day seven years ago, Scott McLaughlin and Michael Caruso both knew what was at stake.

A race win was the obvious goal. But where McLaughlin had already cracked victory for Garry Rogers Motorsport and Volvo, Caruso was still searching in Nissan colours.

The dramatic incident at the front of the race at Queensland Raceway on this day in 2014 opened the door for a Red Bull Holden one-two.

McLaughlin and Caruso started on the front row, and led the Triple Eight teammates as the sun set over Queensland Raceway.

On lap 22 at Turn 6, Caruso made a move, and it ended in drama, and an iconic line from commentator Neil Crompton: "The battle between Sweden, Japan and Australia… it just got ugly."

Caruso had proved to be the faster car as the race unfolded. With 11 laps to go, he made his move, resulting in contact with the right-rear of the Volvo.

McLaughlin was turned around while Caruso was handed a drive-through penalty.

It helped Jamie Whincup, who had been closing on Caruso at the time of the incident, claim his sixth win in eight races.

McLaughlin was left to ponder what might have been, ending up 19th.

The Kiwi knew the two Red Bull Holdens were closing in, but didn’t lambast Caruso for the dive. 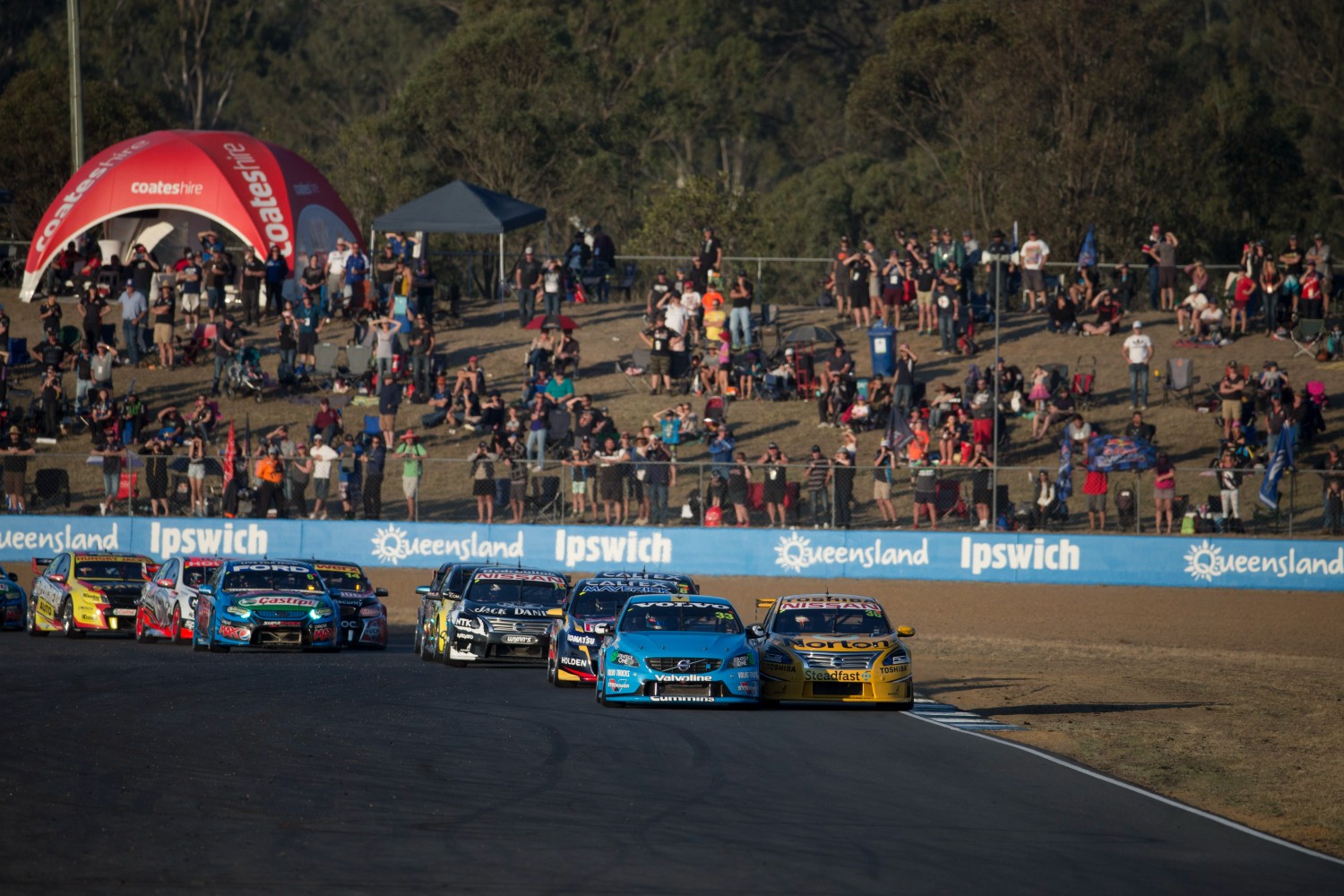 "He had to have a go, I don't blame the guy for having a go, it's just one of those things," McLaughlin said.

"I had to make the turn, I had to turn in. it was just racing and I would have had a go in second place and we all make mistakes.

"I am pissed off, but at the end of the day everyone makes mistakes. You move on, we have got tomorrow and you enjoy it.

"I am good mates with Michael, it makes it a bit awkward, but we will work it out, we are men. Well, I have just turned into a man so all good.”

Caruso dropped to 24th following the penalty, and apologised McLaughlin immediately after the race. 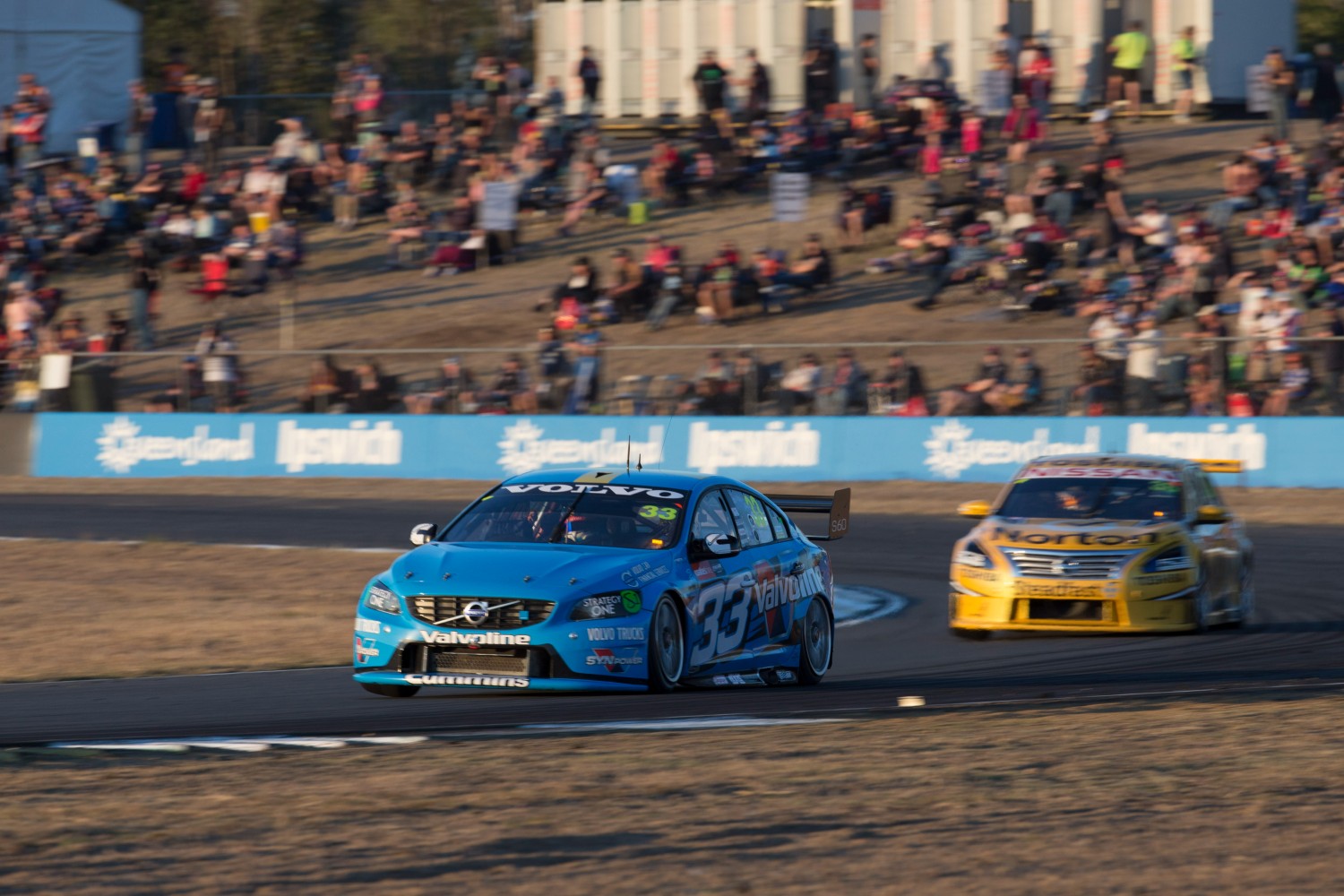 McLaughlin made a later visit to the Nissan transporter for another discussion over the incident.

While disappointed to see a win chance go begging, Caruso backed his attempt.

"If I am going to start throwing away race results when I have a chance to win... I think that's silly.”

Caruso would end his wait for victory for the Kelly-led Nissan squad in Darwin two years later, having followed James Moffat at Winton in 2013.

It took officials less than a lap to hit Caruso with the penalty, which he took a few laps later.

While disappointed with the outcome, Caruso was pleased McLaughlin heard him out.

"I spoke to Scotty and there were no dramas,” Caruso said.

"We are pretty good mates out of the car and he knew it wasn't intentional. After that I just wanted to cool down before everyone started hammering.

"The incident is what it is... these things happen, this is motor racing, which is why we have such passionate fans which is why everyone loves watching it.”

“In the past [officials] have obviously contemplated for extended periods of time and had a look at replays and what have you so I am not sure if they did that [this time].

"They have also handed out points penalties to podium placegetters in the past. But it is what it is."