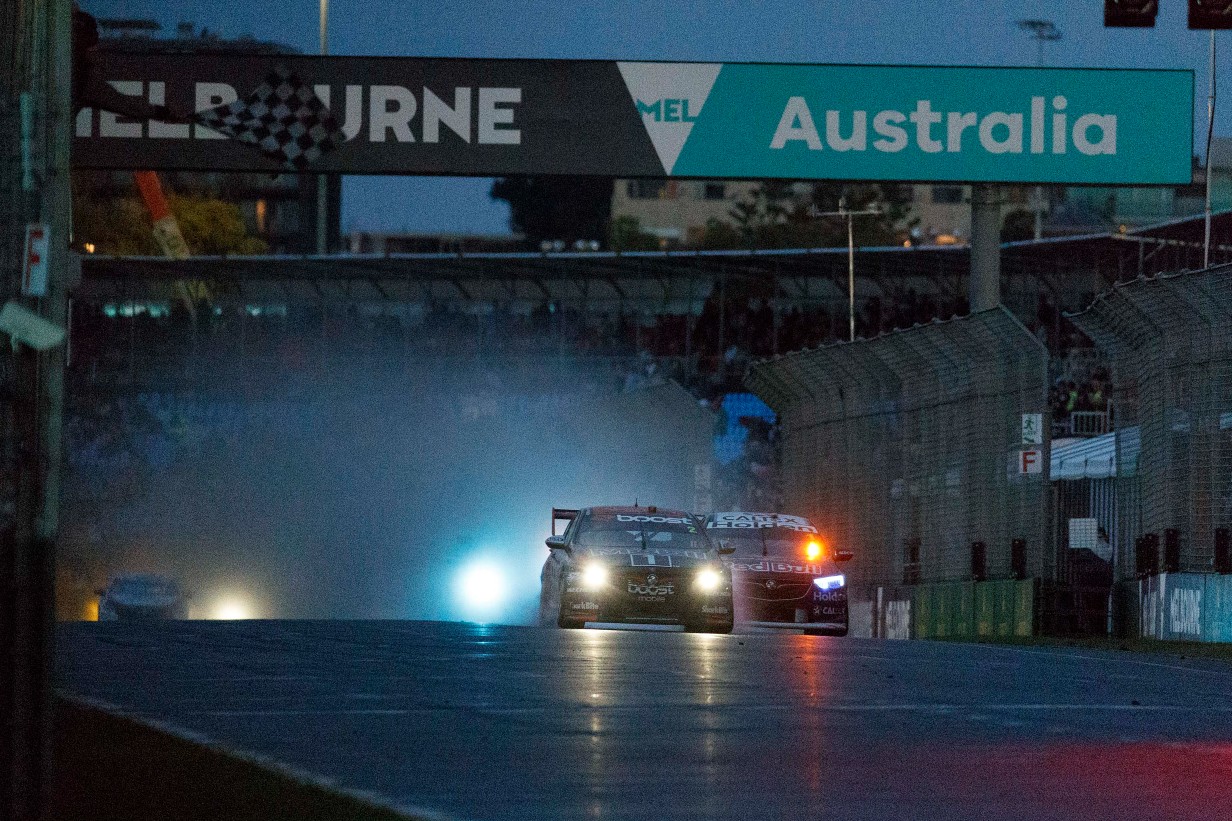 Motorsport is one of few sports that has its product enhanced by wet weather. Take last weekend's Penrite Oil Sandown SuperSprint, for example.

At Albert Park in 2018, that was amplified by two stirring drivers by Jamie Whincup and Scott Pye, who recorded key wins in their careers.

Rain lashed the Melbourne circuit on the Saturday of the event, with Scott McLaughlin taking his first win of the season on the Friday.

Come Saturday, and the sunshine had been replaced by dark clouds and rain, making for an uncomfortable effort for the 26 drivers.

Defending champion Whincup opened his victory account for 2018 with a brilliant performance in the wet.

The #1 Red Bull Holden entry led from start to finish, with Whincup crossing the line over four seconds clear of McLaughlin. 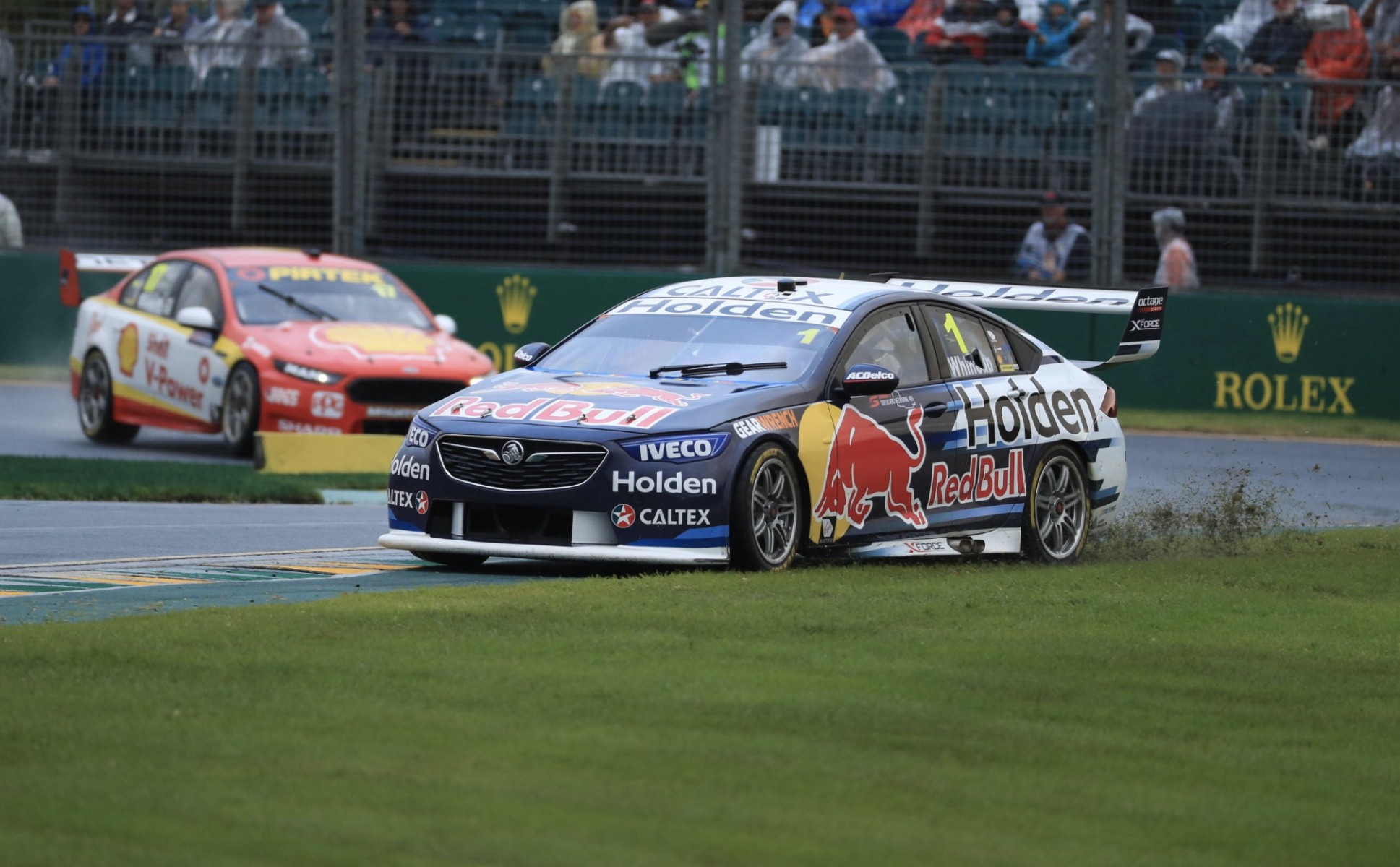 Whincup, who will retire at the end of the 2021 season, picked up his 109th career win in what was his 200th Supercars event.

"I was pretty loose out there, I nearly speared off a couple of times," said Whincup, who took the victory despite bowling a wide at Turn 1.

"I actually nearly spun on the warm-up lap as well which would have been embarrassing. 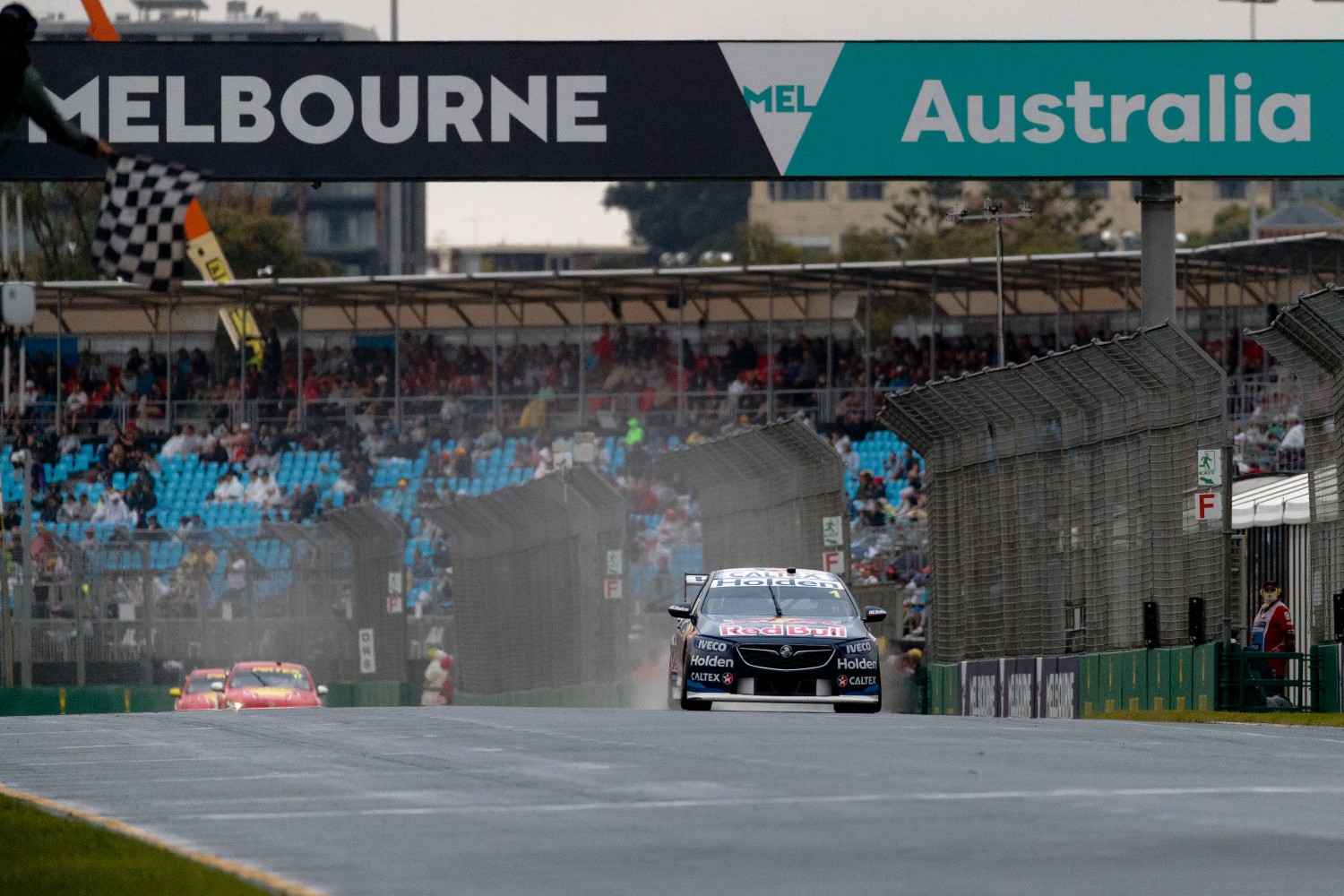 "But it was good fun… it'll probably be another wet race this evening, so we’ll see how we go."

He was right; the rain returned late in Race 5, which commenced after 6:30pm local time.

Pye, in his second season with Walkinshaw Andretti United, had gone 164 career races without a win. 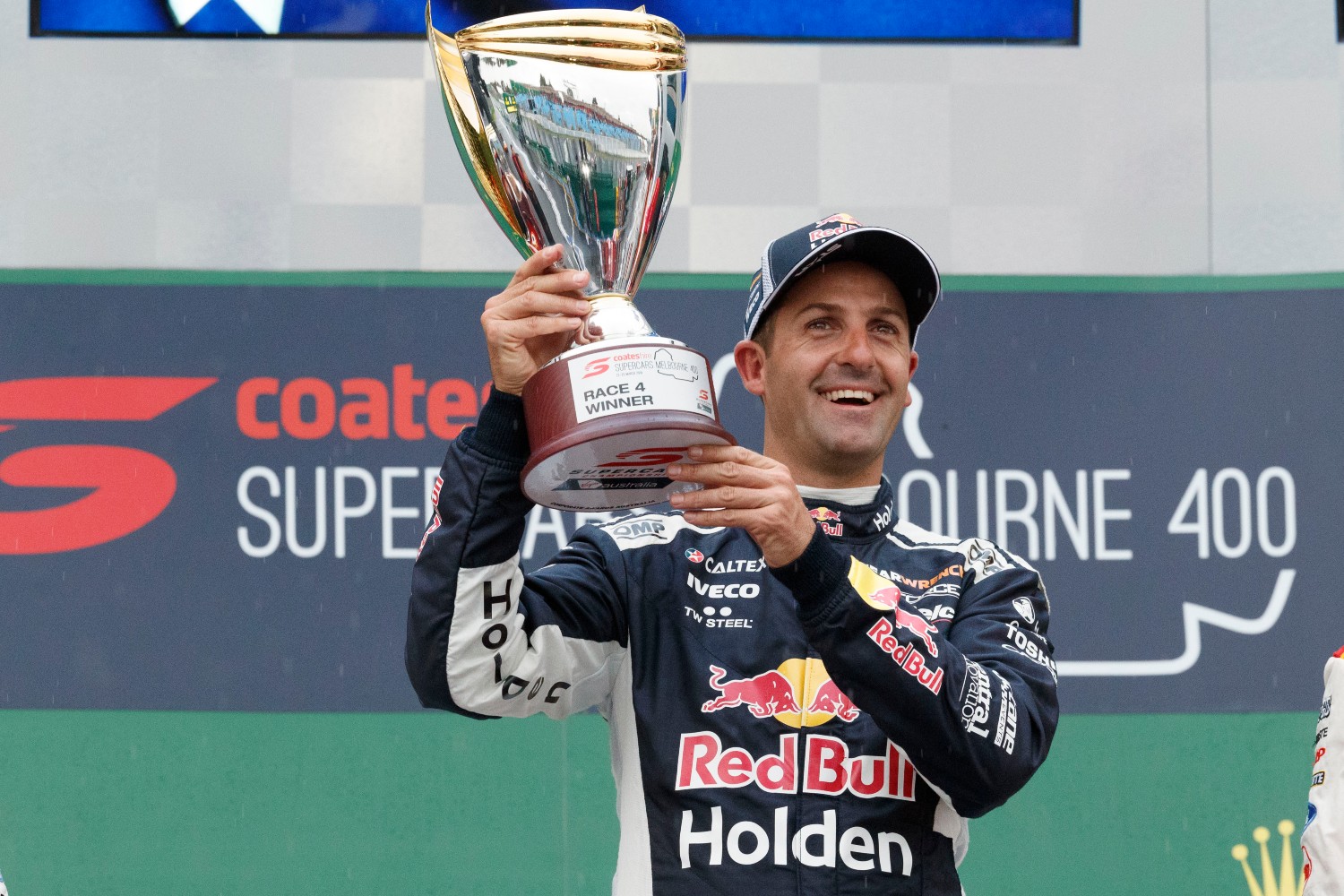 Starting third for the 25-lapper, Pye's chances rose once he inherited the lead when pole man McLaughlin fired off on the opening lap.

From there, Pye had to hold off a charging Whincup, who was desperate to make it two wins in two starts on the day.

At the end of lap 10, the leaders came in for their stops. When they emerged, Pye began to build a gap and eked out to a four-second lead.

WATCH: SVG DOES BURNOUTS IN THE RAIN

However, with nine laps remaining, the heavens opened again, and the WAU pit wall readied for their man.

Pye bravely carried on as others opted for wets, but an error at Turn 13 allowed Whincup to close the gap.

Try as they might, Whincup and Brad Jones Racing's Nick Percat failed to deter Pye, who went on the win by nearly 0.3s. 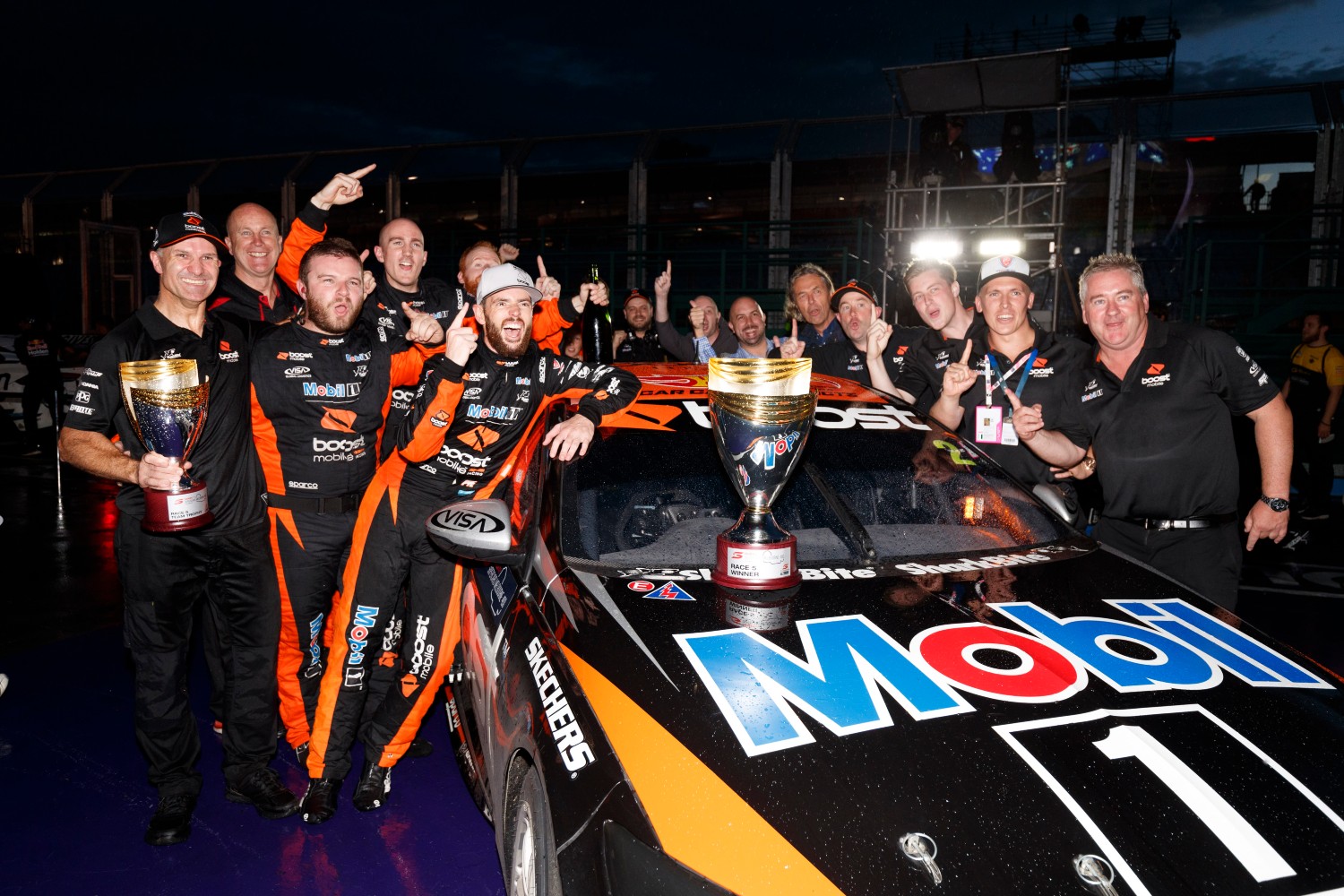 "I’m just speechless. It’s a really special moment," said Pye, who took the first win for his team under its WAU guise.

"It was a tough race and to have someone like Jamie behind you, it’s a long way.

"It means the world. We all have families and work hard for this. It feels like it’s taken a long time. 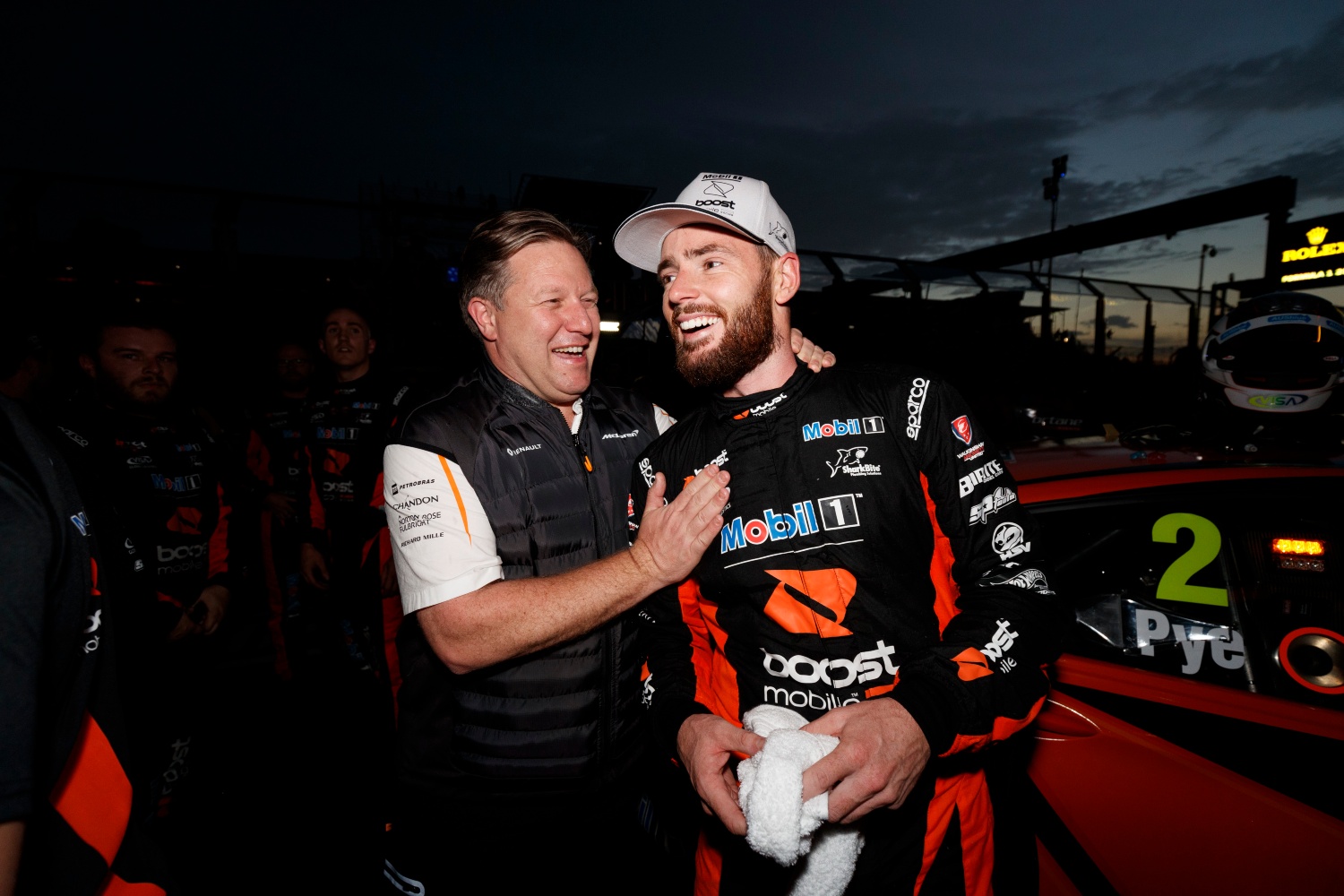 "My dad is up there, it feels like he could have helped a bit more with the weather! Obviously I miss him and this is for him today.

"But all these boys as well, I can’t thank them enough for giving me a car good enough to get the win."