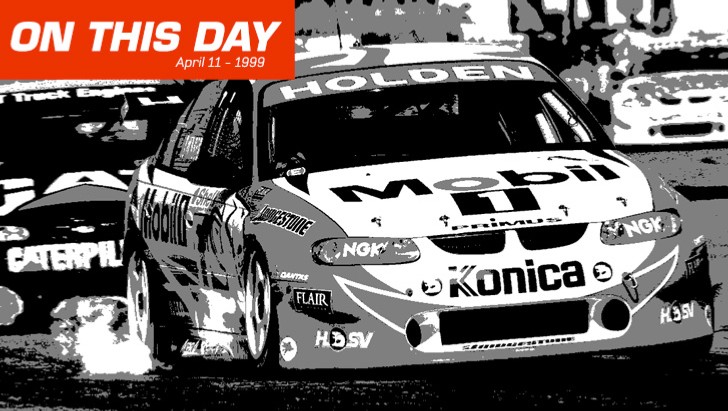 Sixteen years ago today, a young Craig Lowndes made an amazing comeback to win the first ever Adelaide street race - then known as the Sensational Adelaide 500.

The win, from the rear of the grid, saw Lowndes collect Holden Racing Team's first of seven wins at what is now known as the Clipsal 500, sailing home ahead of Greg Murphy's Wynn's Commodore and Jason Bright in a Pirtek Falcon AU. 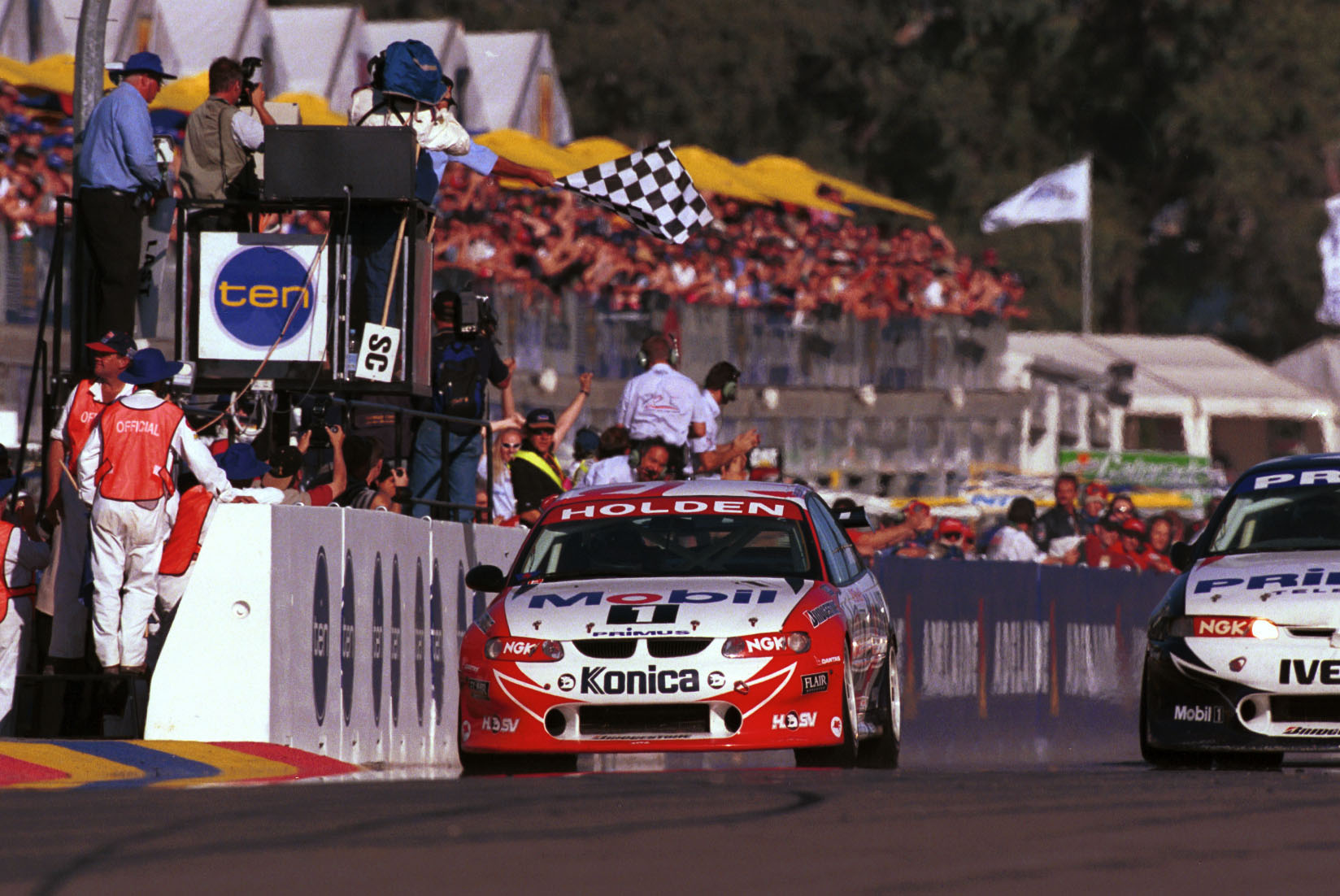 But the victory wasn't an easy task for the then 24-year old HRT racer - in fact, after the race, he called it the toughest drive of his career at that time.

Lowndes was the first across the line after the grueling Saturday race, but was later excluded from the results, penalised for contact between him and competitor Danny Osborne, which saw Osborne in a high-speed accident.

That meant Lowndes started last - with an axe to grind, and 39 cars to pass. 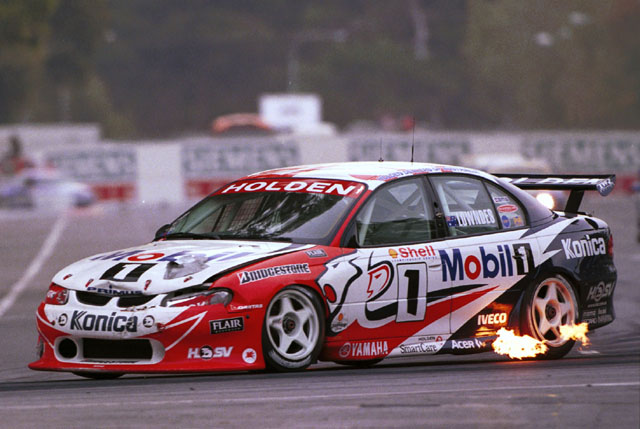 The now Red Bull racer said, looking back, that they had a bit of luck go their way as he crossed the line first at the end of the 78 laps on the Adelaide streets.

"I remember talking to Rob Starr, my engineer at the time, and basically saying I'll drive as hard as I can - you do the strategy and the calls and we'll see where we end up. It was a matter of making the best of the worst situation," Lowndes told v8supercars.com.au.

"Throughout the course of the race, from memory, Mark Skaife came in to do a fuel stop - they didn't get all the fuel at the time so he had to come in and do an extra stop, which sort of allowed me to leap-frog him. He was one of the strongest competitors on that day - and then of course we just put our head down and went for it.

"I remember exiting the pits on the last rotations of pits and I radioed in and asked where we were, how many laps to go - what's the position, what's the stats? And the call came over saying you're leading the race with about 28 laps to go!

"I was blown away, because we started so far back, but we worked our way through the day and through the field reasonably quickly.

"To be in that position, of course, it didn't take much encouragement to keep going from that point!" 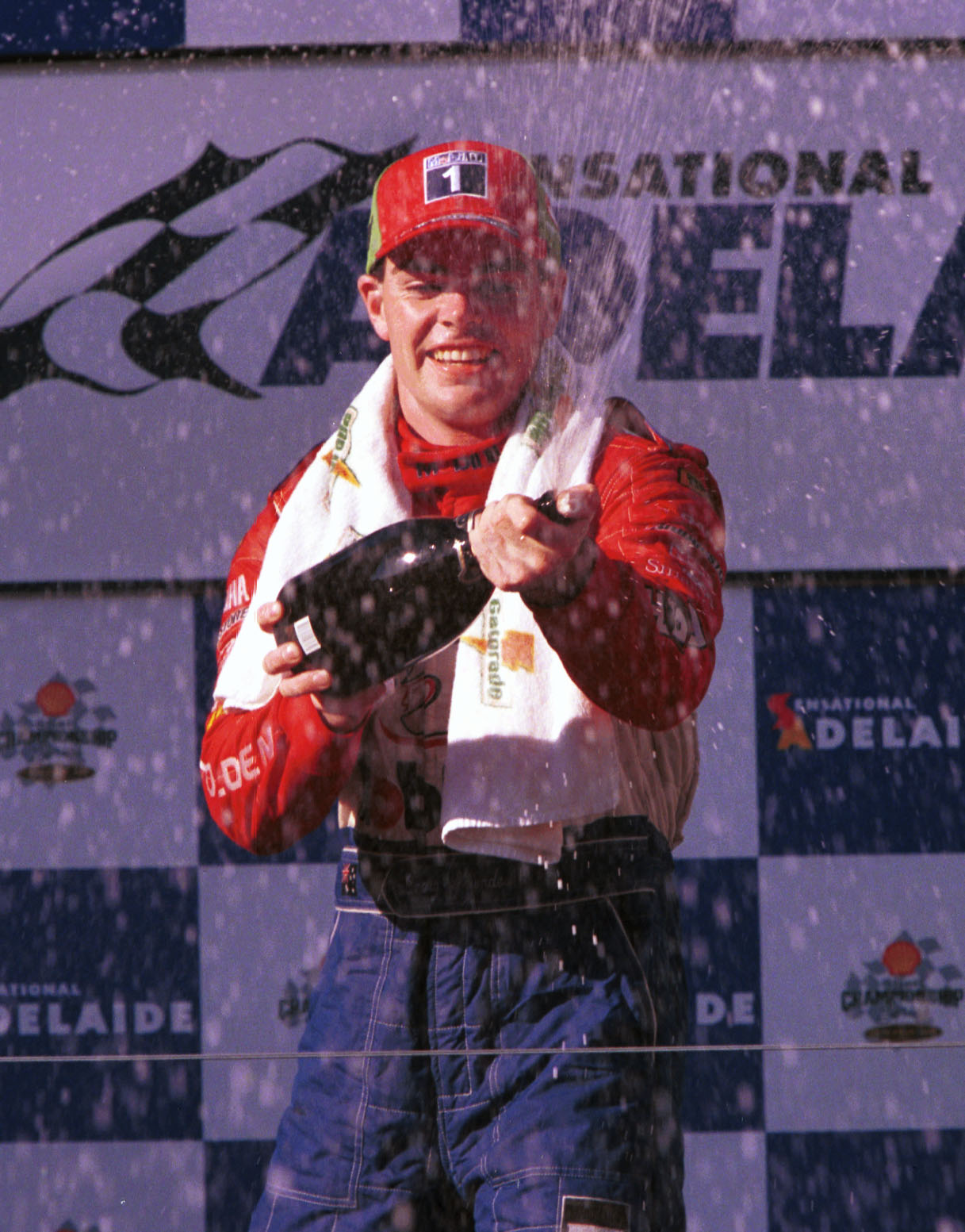 Lowndes still agrees it is one of the toughest races he's ever competed in. Across the weekend, drivers had struggled through the hot conditions, contesting 250kmeach day.

"I do remember at the end of the race I was buggered," he said.

"I remember taking my shoes off and my feet were sore and standing up on the podium. I think from memory I had a towel around me, which I was told off [about] from the team ... I think I exhausted myself, I couldn't have done any more." 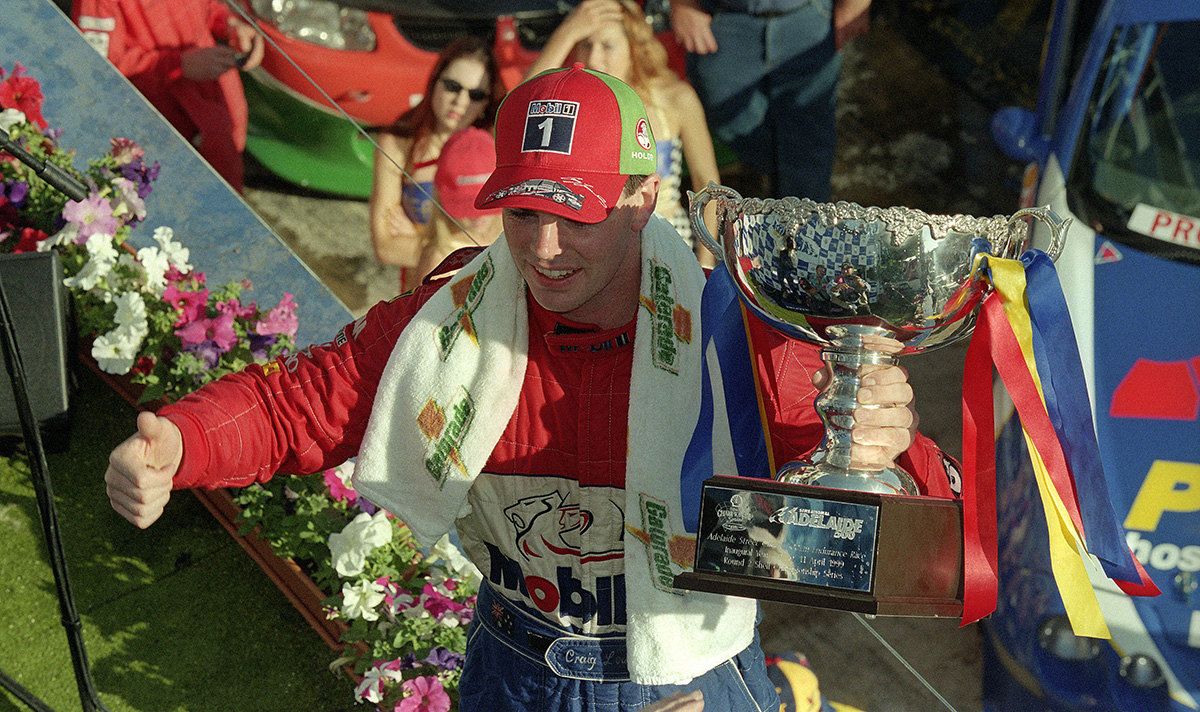 The timing of the anniversary is fitting as Lowndes looks to crack 100 wins at Perth next month, and after he drove through the field in Tasmania after a first-lap driver through penalty for contact - at the hard to pass circuit he climbed up to sixth.

Compared to the early days, Lowndes says the competition is different - much tighter, with the cars much closer in performance.

"Back then I think there were probably maybe five or six cars in the field that were potentially winners," he said.

"You look at today's line up you're looking at probably 10 to 12 different cars as potential race winners. So even getting into the top 10 now is such a huge credit. 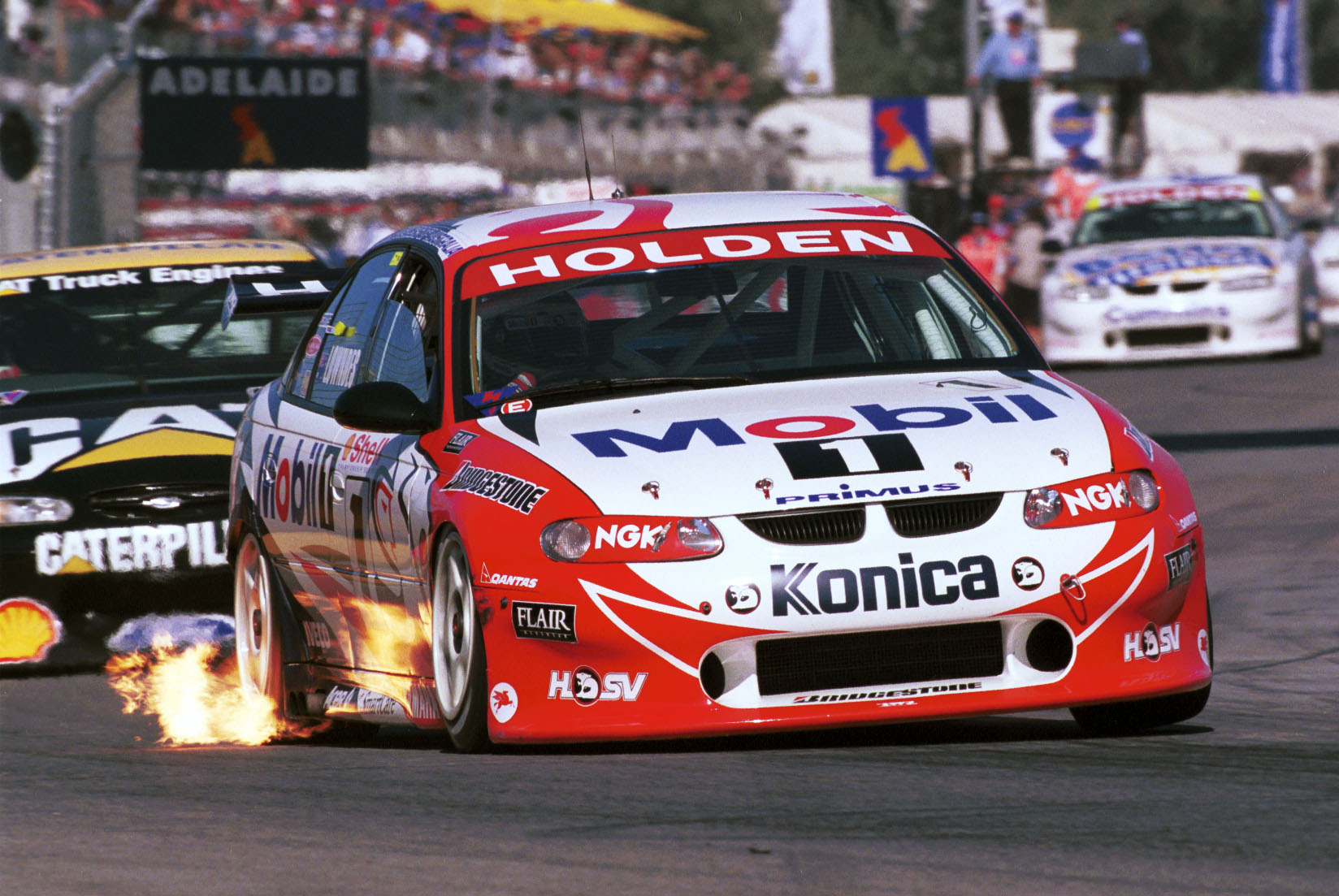 "Now it's not all about just getting a lap in and knowing you'll be at the front - you've got to have everything go right for you, and that just leads on to your start procedure, your strategy, your team input - there's a whole collective group that now makes up your race performance. It's not just having fast cars anymore."

Stay tuned to v8supercars.com.au tomorrow for more from Lowndes, or CLICK HERE to view his driver profile.