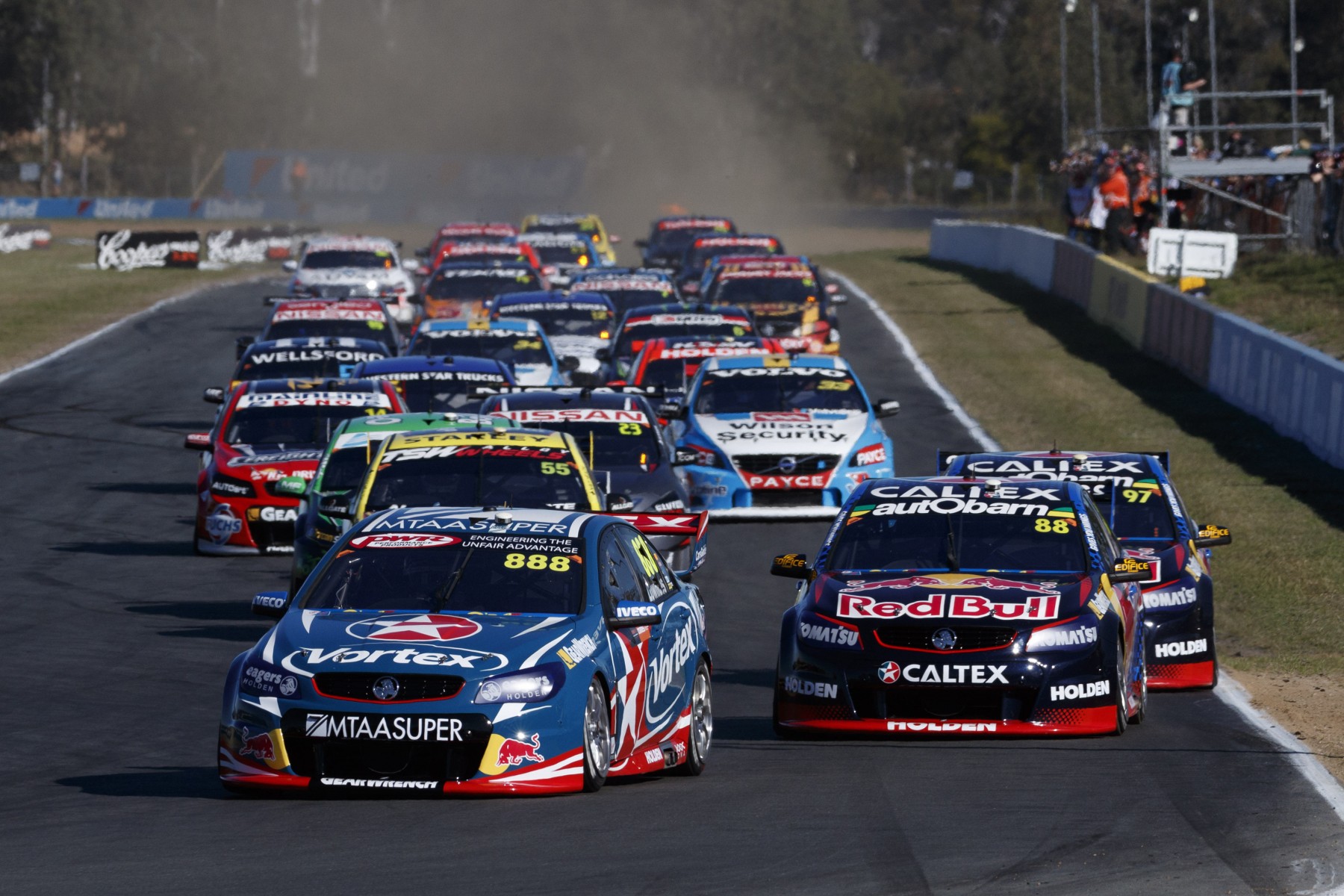 In a mostly successful weekend for the three-car team, Lowndes’ Race 17 win followed a one-two-three victory for Triple Eight in Saturday’s 120km opener.

Starting from second, Lowndes got the jump on pole-sitter Whincup off the line to lead the race until the flag.

It marked Lowndes’ 12th and final career win at Queensland Raceway, making the three-time champion the most successful driver at the venue.

Along with 2007 champion Garth Tander, Lowndes is the only driver to compete in every single Supercars round to be held at Queensland Raceway.

“It’s not often you get a car that’s as easy to drive as that,” Lowndes said following the result.

“We had a good start and we were able to control the pace.

“We were lucky we had an extra set of new tyres to use, after electing not to do a final run in qualifying, and we split them across the stints to get two bites of the cherry.”

Whincup and Shane van Gisbergen ran second and third to Lowndes, but began to struggle with pace, as the track temperature increased, with half the race left to run.

The 2016 championship leader Whincup came unstuck at Turn 6 and conceded positions to Mark Winterbottom and Michael Caruso but was able to climb back to second during his pit stops.

Van Gisbergen finished 12th following his second stop requiring a double stack behind Whincup, after anticipating Scott Pye’s incident at Turn 6 to require a Safety Car intervention, which did not eventuate.

Pye was turned around by James Courtney at Turn 3 on the second lap before spearing into the sand trap at Turn 6 late in the race but was able to return his DJR Team Penske Ford to the track to finish 24th.

With 13 races left in the 2016 season, Whincup led the championship by 110 points over van Gisbergen.