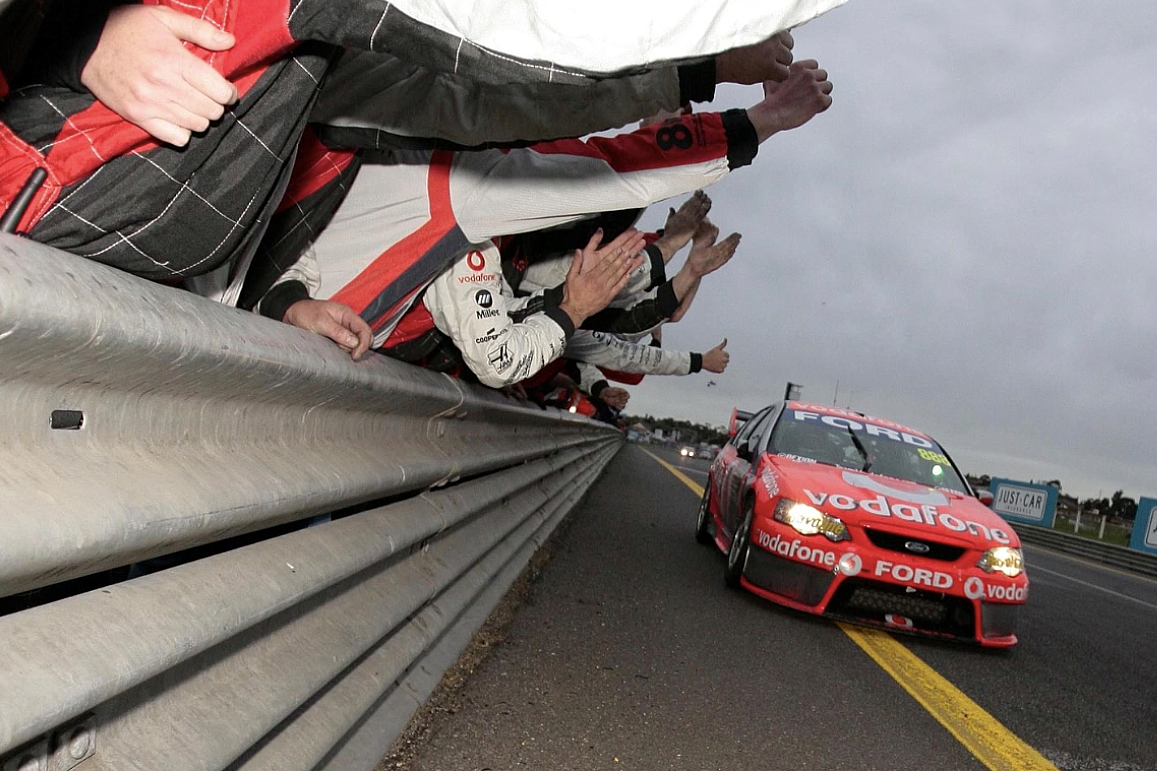 Craig Lowndes and Jamie Whincup arrived at Sandown in 2007 in the afterglow of their emotional Bathurst win 11 months earlier.

To first enduro of the season, both drivers had won a round each; Whincup at Winton, and Lowndes at Hidden Valley.

Garth Tander had emerged as a dominant force; to Sandown, he had won 10 of the season’s 23 races.

However, with Tander and HSV Dealer Team teammate Rick Kelly split for Sandown, it appeared to be Triple Eight’s race to lose.

The Triple Eight duo would later go back-to-back at Mount Panorama, and became the first pairing since Lowndes and Greg Murphy in 1996 to win both Sandown and Bathurst enduros.

Mark Winterbottom - who won his first race at Sandown 12 months earlier - led away from his first career pole and had Todd Kelly and Lowndes for company before he handed over to Matt Halliday on lap 46.

Kelly - nursing a bout of gastro, with Mark Skaife out due to appendicitis - stopped from the lead on lap 51 and handed over to Nathan Pretty, who was eight seconds behind the #5 Falcon. 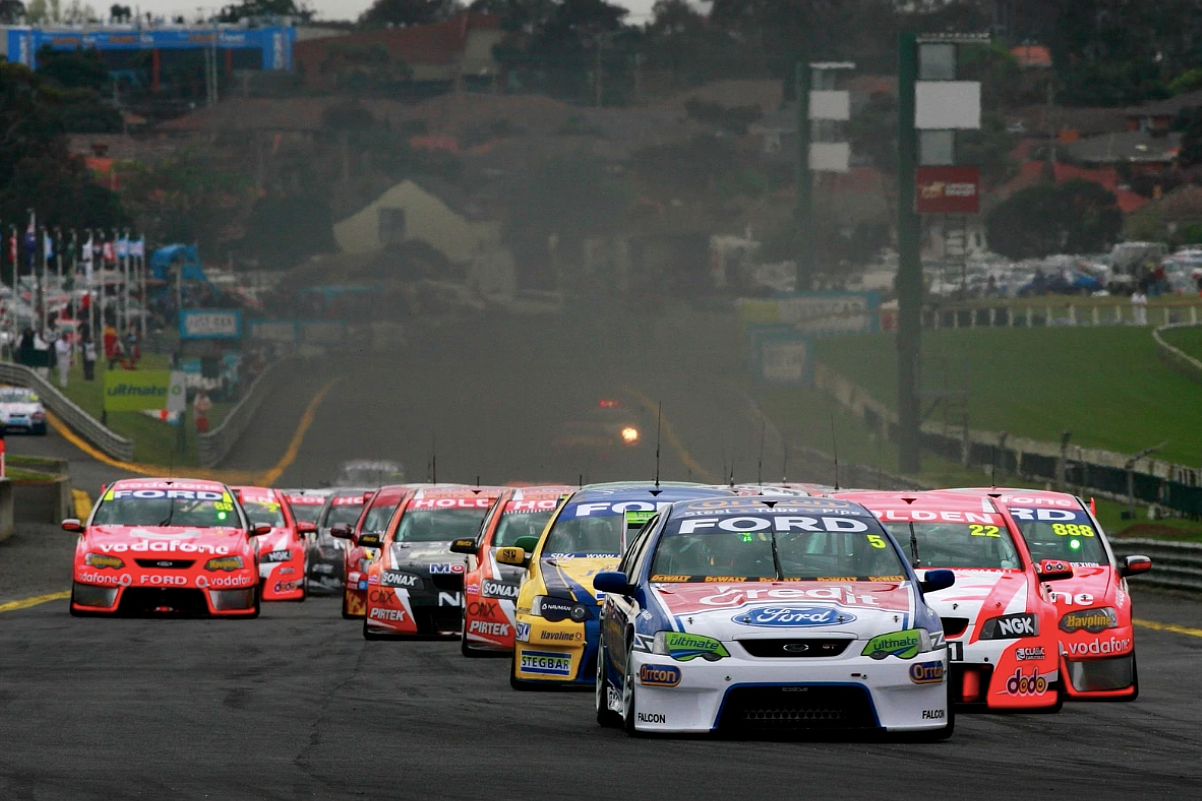 Lowndes handed over to Whincup on lap 56, and the #888 Falcon had jumped Pretty into effective second.

Halliday assumed the lead on lap 60 after Paul Radisich handed over to Rick Kelly, just as the Safety Car was called for Jason Bright’s beached car at Turn 1.

Whincup had pace on Halliday, and hurried the Kiwi along after the restart.

On lap 63, Whincup muscled past and quickly vaulted into a big lead by the sum of 0.5s per lap. 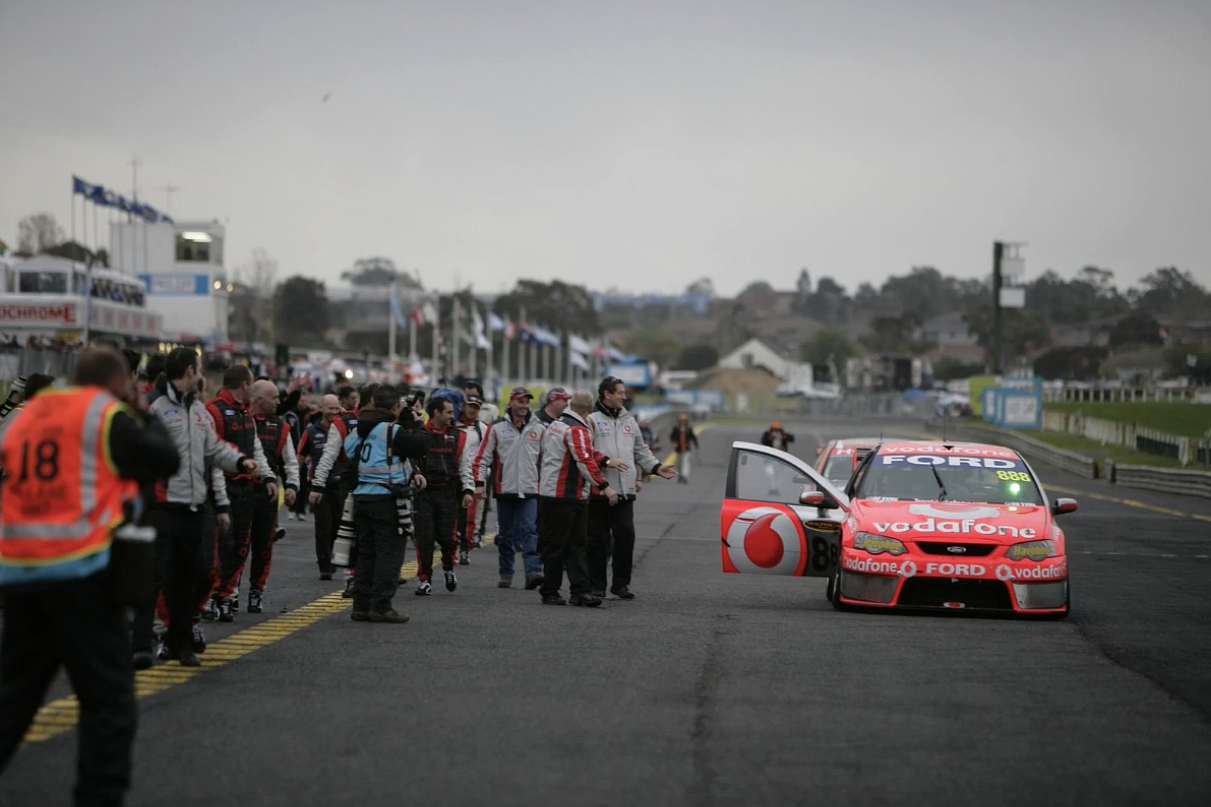 The critical moment came on lap 88 - Halliday succumbed to the pressure of Kelly and fired off at Turn 1, and dumped several positions.

By lap 100, Halliday was 11th and over 36 seconds behind Whincup, who was 17 seconds ahead of Rick Kelly.

Reigning series champion Kelly had taken three seconds out of the margin when Whincup handed over to Lowndes on lap 112.

Lowndes left the lane just as the Safety Car was called for the stricken #3 Tasman Commodore of Jay Verdnik, with Kelly pitting immediately. 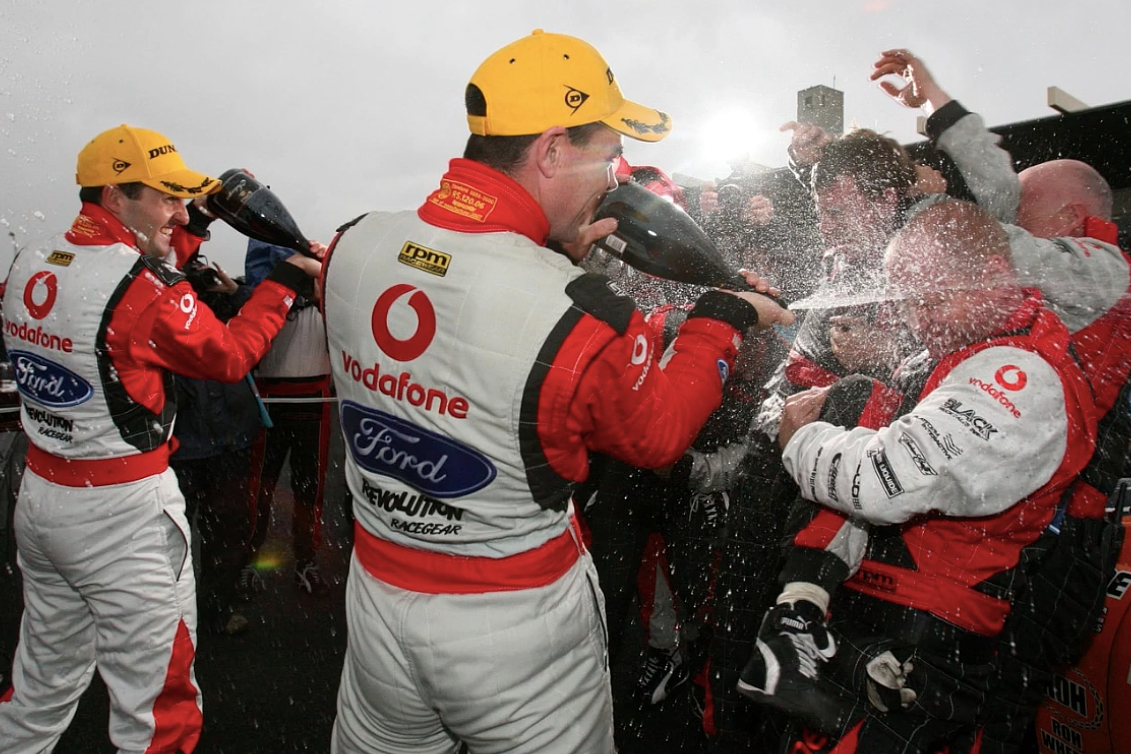 When the race restarted, Lowndes led but was seventh in the queue. There were four lapped cars between the leader and Kelly.

In a dozen laps, Lowndes opened up a seven-second margin as he and Kelly fought through traffic.

The heavens opened and the track became greasy, forcing Lowndes to drive cautiously to protect his lead.

Kelly had other ideas, and cut into the margin. However, it would be to no avail, with Lowndes crossing the line nearly three seconds to the good. 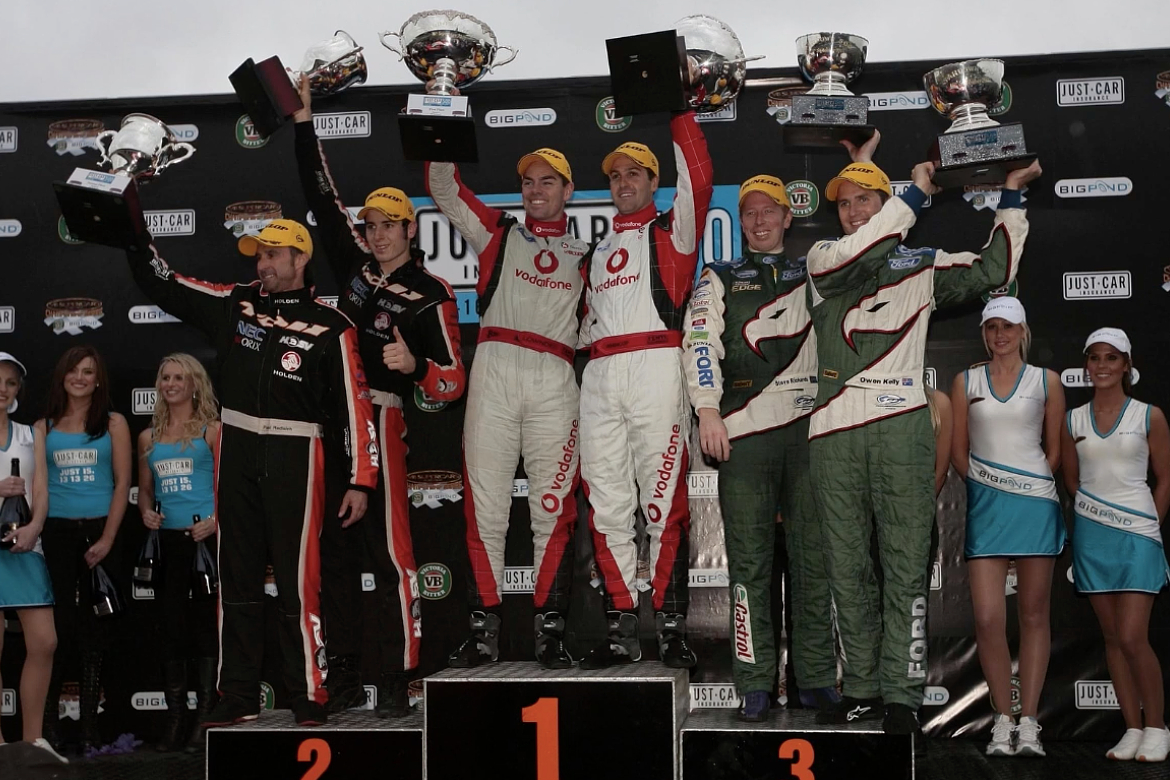 Whincup was delighted with the result, which was just his fourth career win following his Adelaide, Bathurst (both 2006) and Winton race wins.

“A great team effort, everyone did their job correctly and the car was quick,” Whincup said.

“Great teammate in Craig, he just does a perfect job and we got over the line.

“It’s an amazing feeling… we are racing V8 Supercars and anything can happen, and it usually does. 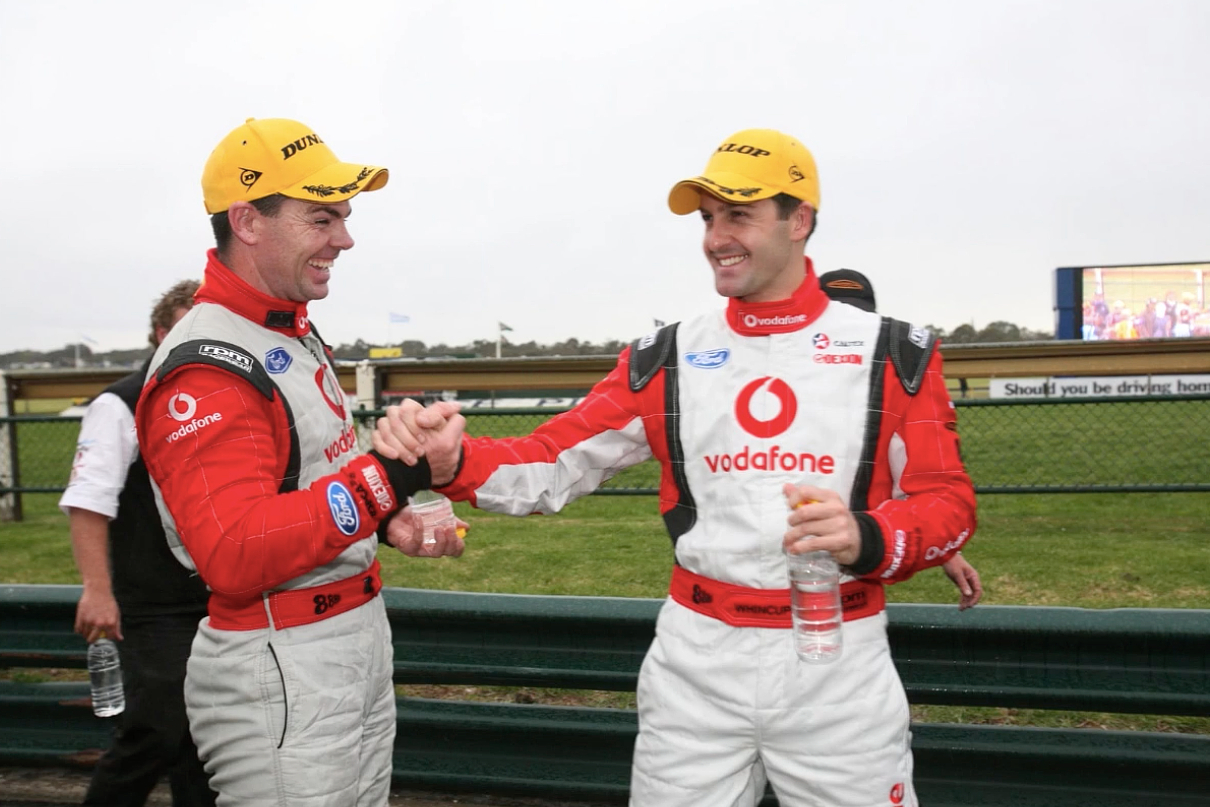 “The rain was coming, but it held off. I knew with a couple of laps to go, even if it did rain, we would have run it out on slicks.

“Great feeling, and it gives us awesome confidence heading to the big one at Bathurst.”

It was the fourth Sandown enduro win for Lowndes, and second in three years after his 2005 win alongside Frenchman Yvan Muller.

“It’s been a great weekend for us,” Lowndes said on the podium.

“Jamie wanted to step up to the plate, and he did a fantastic job. 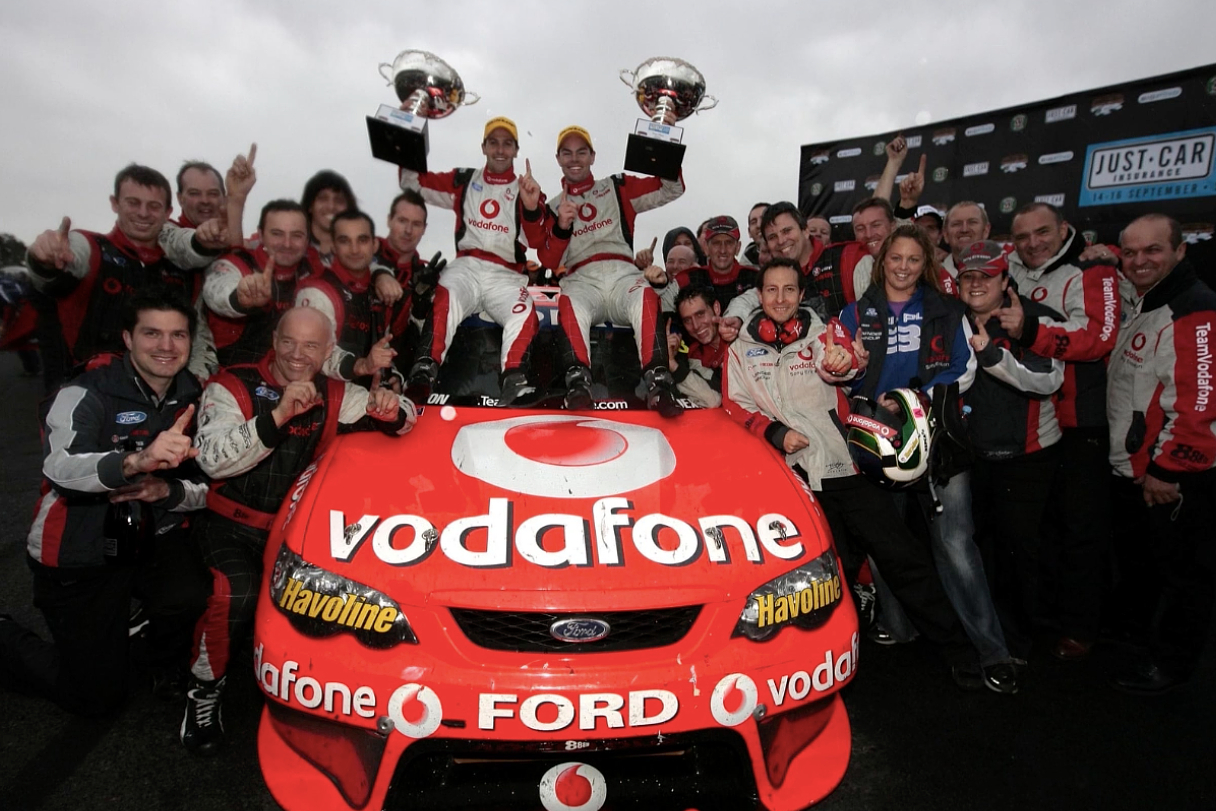 “He did a great job in qualifying; it’s always hard to get that one lap right.

“To all the Triple Eight guys, thank you very much. It was a team effort.

“We’ll put our best foot forward, but there’ll be 30 other [pairings] that want to do the same.”