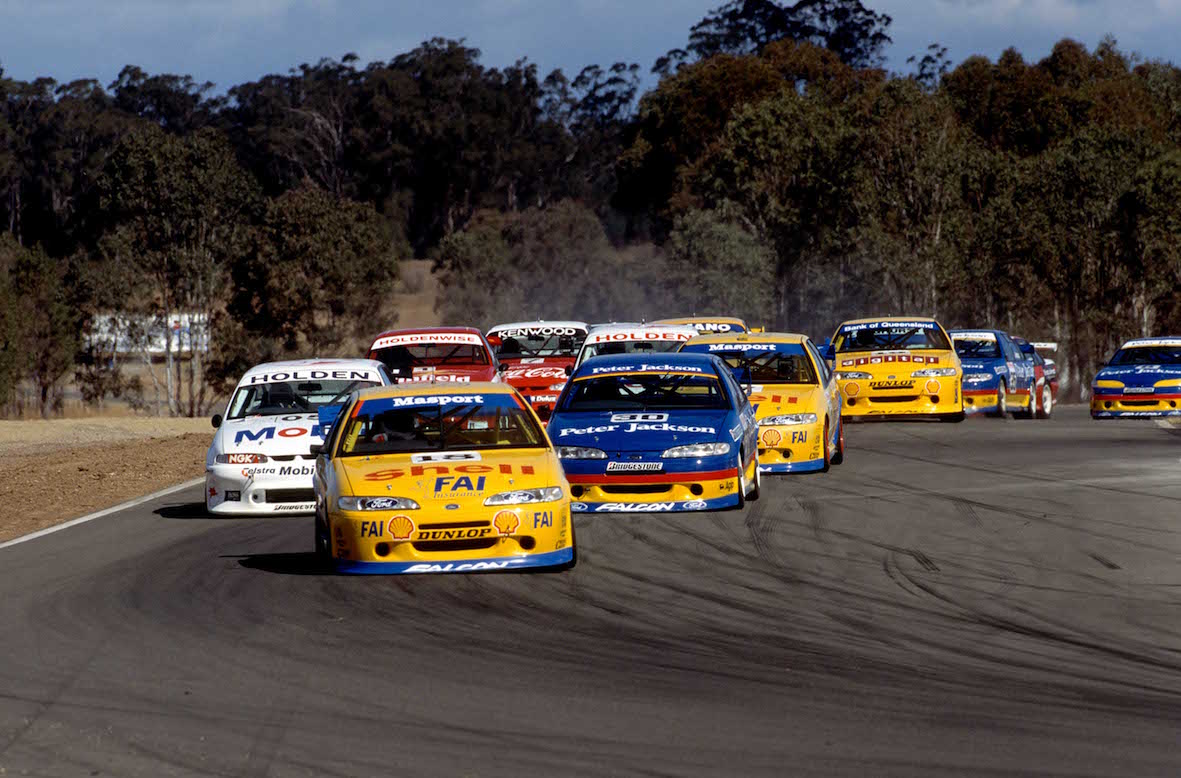 John Bowe’s resume is an impressive one with Australian national championships in a range of categories, including a pair of Gold Stars for being the top open-wheeler driver in the country in the mid 1980s in addition to an Australian Sportscar Championship.

But it was on this day, 22 years ago in 1995 at the now defunct Oran Park Raceway in Sydney, that Bowe also became the Australian Touring Car Champion - and he did it in a very tough season for Dick Johnson Racing.

With an updated model Falcon EF (in fact the very same car he and Dick Johnson had used to win Bathurst the previous season), Bowe overcame enormous odds during the year to win the national touring car title.

At the beginning of the year the Dunlop tyre factory in Kobe, Japan, was flattened by a devastating earthquake, forcing Dunlop runners (remember this was back before control tyres and teams have open choice of brands and compounds) onto the back foot in terms of their use of the preferred best rubber given its lack of forward production.

Quite often during the ’95 season it was Johnson himself that went without on the tyre front to ensure the team’s championship challenger had the best available rubber in order to win the title.

Bowe had won rounds at Symmons Plains, Bathurst and Winton on his way to the title decider at Oran Park, run on this day 22 years ago. He’d also claimed five individual race wins and a stunning seven of the nine pole positions to that point.

He entered the Oran Park weekend in front in the pointscore with plenty of headlines written about the plays made by his DJR squad and Glenn Seton’s Peter Jackson team in the lead-up by entering additional cars for the championship finale. 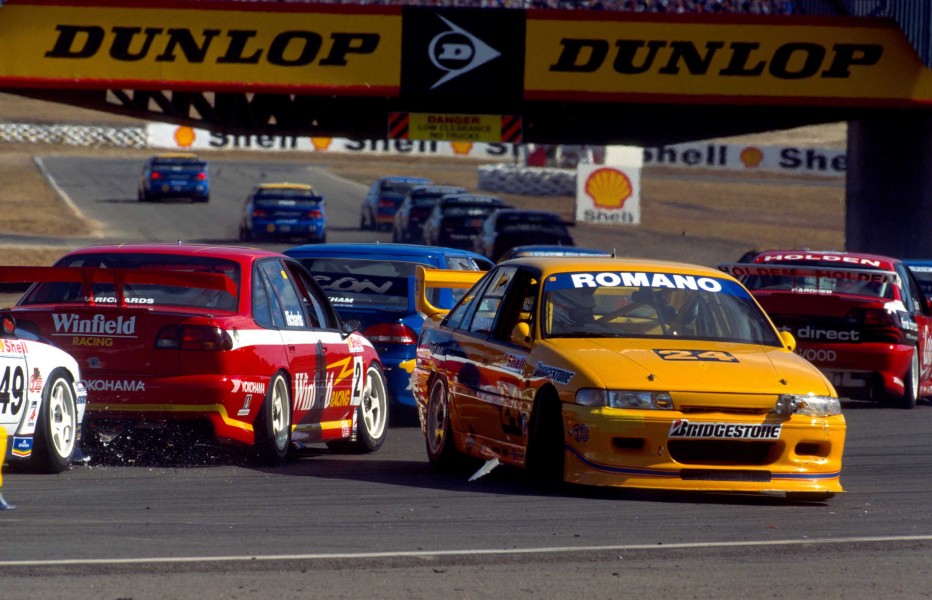 Steven Johnson was entered in a third DJR car backed by Digital while Allan Grice slipped into a third PJ car to prepare for the endurance races.

On the Holden side Peter Brock was the only challenger, his Holden Racing Team outfit quietly, and without fanfare, wheeling out a brand new VR Commodore for his last gasp title bid.

But no amount of new cars or additional entries was able to stop Bowe. He simply blitzed them all weekend, topping both Friday practice sessions plus Saturday practice and qualifying to get things rolling.

Then he drew grid position #1 for the 4-lap Peter Jackson Dash in which he finished second, importantly with a straight car and two additional championship points.

As an aside, the Dash didn’t alter the qualifying order in 1995, drivers could earn championship points for finishing 1-2-3 or passing cars in the short and sharp dashes made for Sunday morning TV.

Then the field didn’t see which way the #18 Shell-FAI Falcon went in the races proper. He nailed the jump from pole in Race 1 and led home Seton, Johnson, outgoing champion Mark Skaife and Brock.

Again he blitzed them in Race 2, again leading all 29 laps to score another race win, the overall round win and DJR’s sixth Australian Touring Car Championship crown, the first won by a driver other than team boss Dick Johnson.

The achievement carved the now-Hall of Famer into the record books of Australian motorsport and he’s continued on his winning ways with title wins in Touring Car Masters in more recent times.

Oran Park remained as the traditional final round of the championship through to the end of 1998 when the endurance races were made part of the Supercars Championship, though the venue did host one more finale - its last Supercars round - in December 2008.

03/08/2017
Stay In The Know
Sign up to the Virgin Australia Supercars Championship Newsletter
This website uses cookies to improve your user experience. By continuing, you will be providing your consent to our use of cookies.Ok