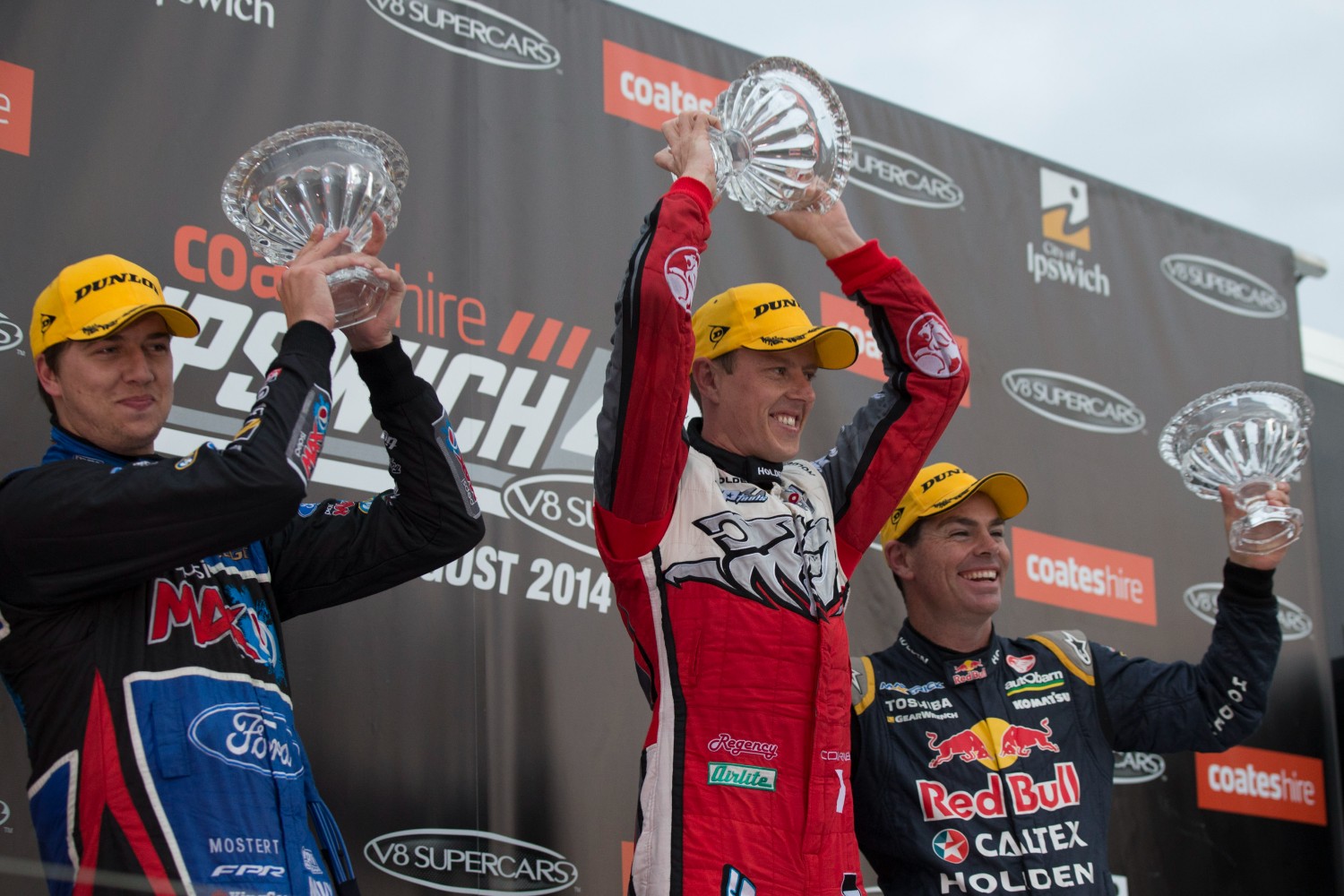 Mark Winterbottom had a 213-point gap on Jamie Whincup after five rounds in 2014.

After eight rounds, Whincup had moved into a series lead he wouldn’t surrender.

Winterbottom wouldn’t have to wait much longer to win an elusive championship, doing so in 2015.

However, the events of August 3, 2014 proved a critical juncture in a season Winterbottom appeared set to finally break his championship duck.

James Courtney scored his second race win of the season in the Ipswich finale, taking the flag six seconds ahead of Craig Lowndes.

The 200km race ran green for its duration, with the order playing out in a contest of fuel strategy.

James Moffat led from his maiden pole for Nissan Motorsport, a day after teammate Michael Caruso wiped out Scott McLaughlin in a controversial clash for the lead.

Once the second pitstop cycle shook-out, Courtney held a four-second lead over Lowndes.

For Winterbottom, however, the day proved to be a nightmare as he ceded the series lead to Whincup. 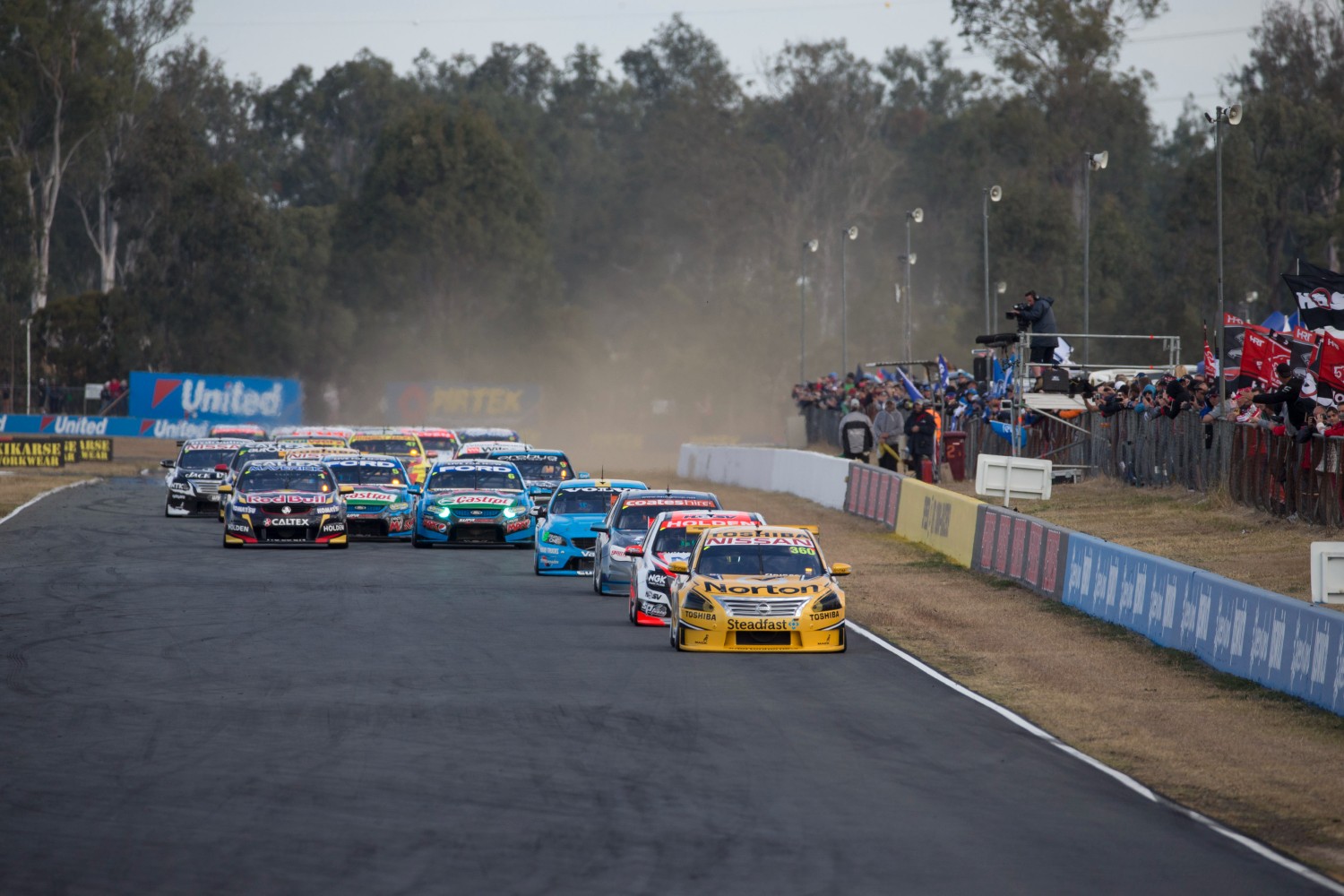 After running close behind teammate Chaz Mostert early on, Winterbottom suffered a left-rear puncture early in his third stint.

Winterbottom was running directly behind Whincup at the time of the puncture.

He dropped to the rear, and crossed the line 22nd. With Whincup sixth, the points lead changed hands.

After the race, a crestfallen Winterbottom kept the faith: "Anything can happen, so you just keep fighting so you finish… it's just a bad day for us, that's all.

"You never write yourself off, you can always get it right on the day when it's right.

"There's not much you can do about it once the tyre goes. 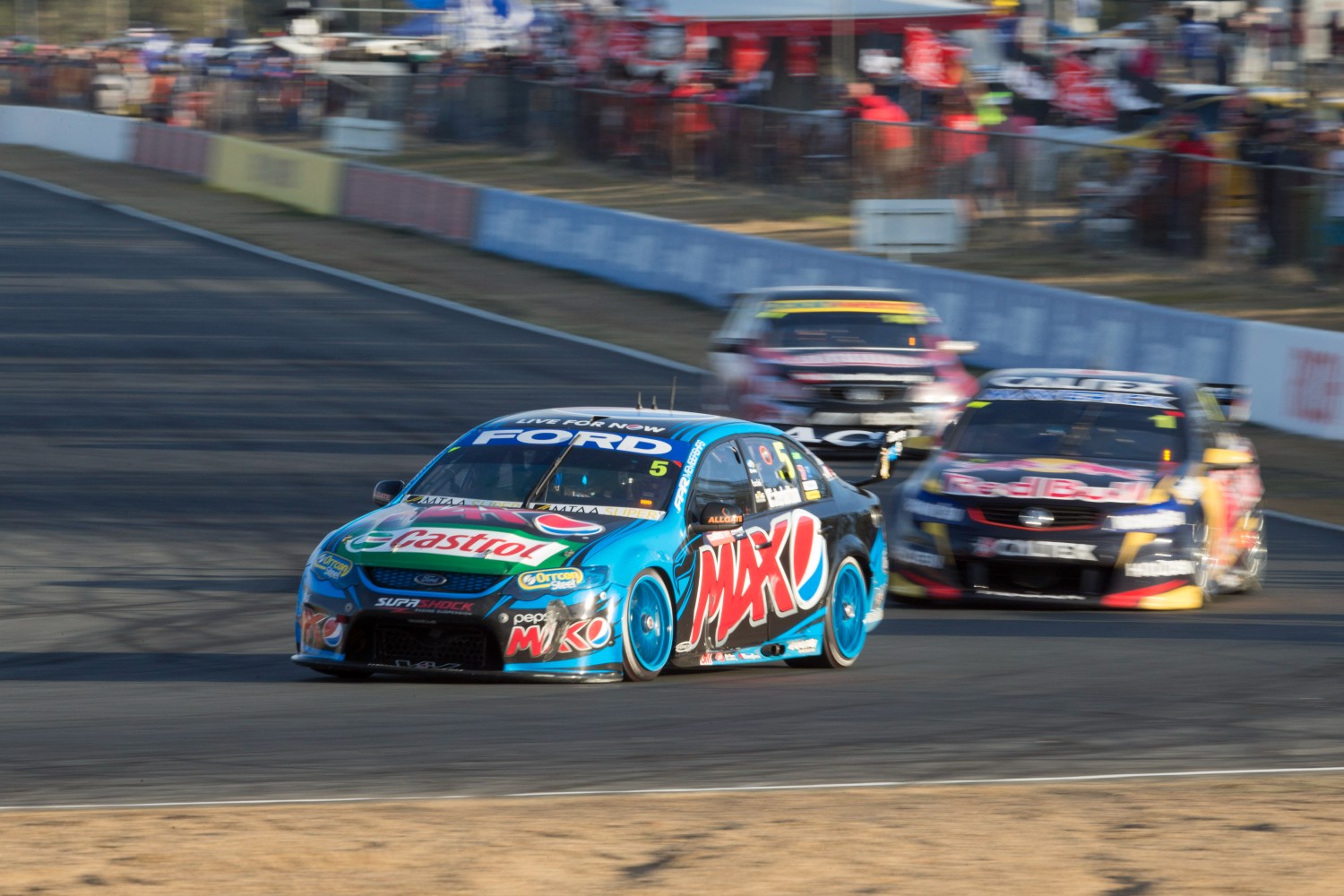 "It's a bit of a shame because the car was pretty good in that second stint, so I think we would have been okay in that last stint, but we didn't get very far when the tyre went.

"Frustrating, but you just try and finish and keep pushing at the end for positions.”

Winterbottom’s lead at the start of the weekend was 96 points.

However, the sequence of events was not enough for Whincup to believe he was now the favourite to win come the Homebush season finale.

It wouldn’t play out that way, with Whincup clinching the title at the penultimate event at Phillip Island.

"I just respect the FPR guys. They were 200 points up the road for a reason, they did a bloody good job. That's why I still think they are the team to beat. A bit of respect is due,” Whincup said.

"He [Winterbottom] was competitive no doubt in that race. He may have beaten on us on raw pace and he is still the man to beat. His confidence will still be sky high and we are going to have to do a great job at the end of the year. 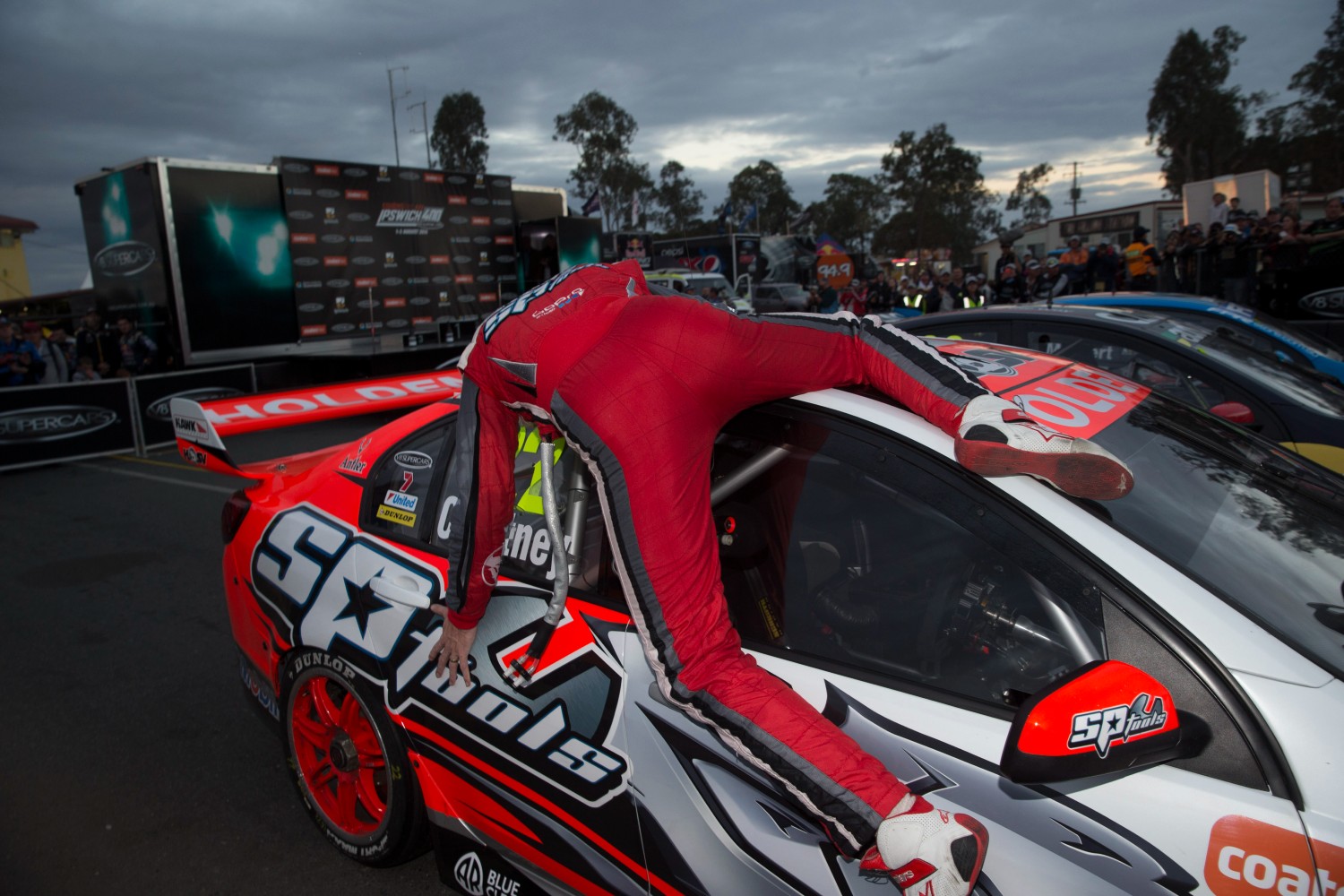 "The competition is unbelievably strong at the moment and only going to get stronger. To be ahead of that bunch is a really hard thing to do.”

No one could dim Courtney’s smiles, the Holden Racing Team driver playing himself back into contention with a first win since the Adelaide season opener.

"I always do [think of the championship],” the 2010 series winner said.

"I think for sure as a team we are just getting stronger and stronger.

"We are coming off the team one-two last round, before that in Darwin we were really quite strong.

"It is becoming easier for us to qualify at the front and race at the front. In years gone by we were wobbling around in the mid-field and weren't achieving anything."