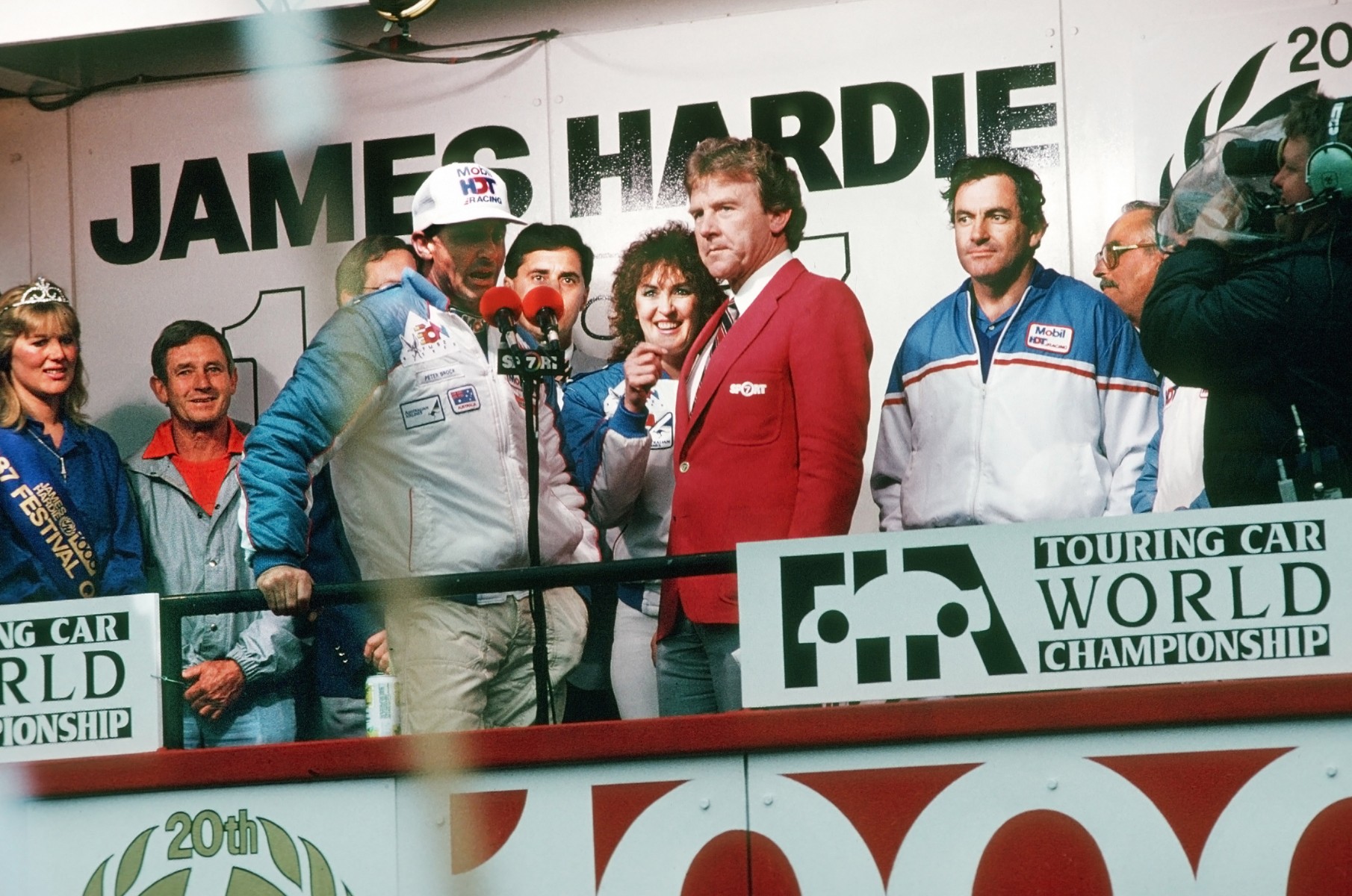 This weekend’s Supercheap Auto Bathurst 1000 is the full focus of everyone in Australian motorsport this weekend and another trip to Mount Panorama instantly brings a pile of memories flowing back.

This year marks the 30th anniversary of Peter Brock’s last win in the race that made him a household name.

Actually, today - October 4 - marks 30 years to the day that Brock and co-drivers David Parsons and Peter McLeod crossed the line third in their Mobil HDT Racing Commodore VL behind the dominant pair of Eggenberger-run Texaco Sierras led by Steve Soper, below, and Pierre Dieudonne. 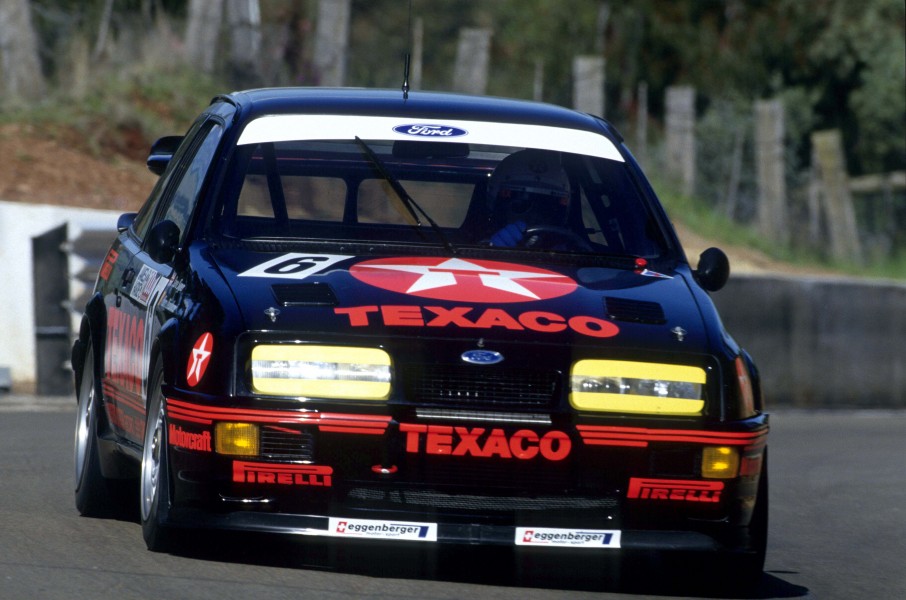 The top two Fords were eventually booted from the results of the 1987 James Hardie 1000 due to bodywork irregularities, handing Brock his record ninth win sometime later.

The race was a milestone event, namely due to the fact it was made a round of the inaugural World Touring Car Championship.

That brought a range of international drivers and teams to Mount Panorama for the classic Aussie race, including Sierra aces such as Ruedi Eggenberger’s Texaco cars and Brit Andy Rouse (running his car with Allan Moffat) and the factory BMW teams from Germany headed by the Schnitzer squad.

It also marked the introduction of the Caltex Chase on Conrod Straight, designed to slow cars in the wake of the previous year’s accident that had claimed the life of Commodore privateer Mike Burgmann.

A new pit facility - eventually replaced by the current structure in 2004 - was built and the entire circuit underwent a transformation with concrete barriers put in place in a range of areas where there had been very little, if any, trackside barriers prior. 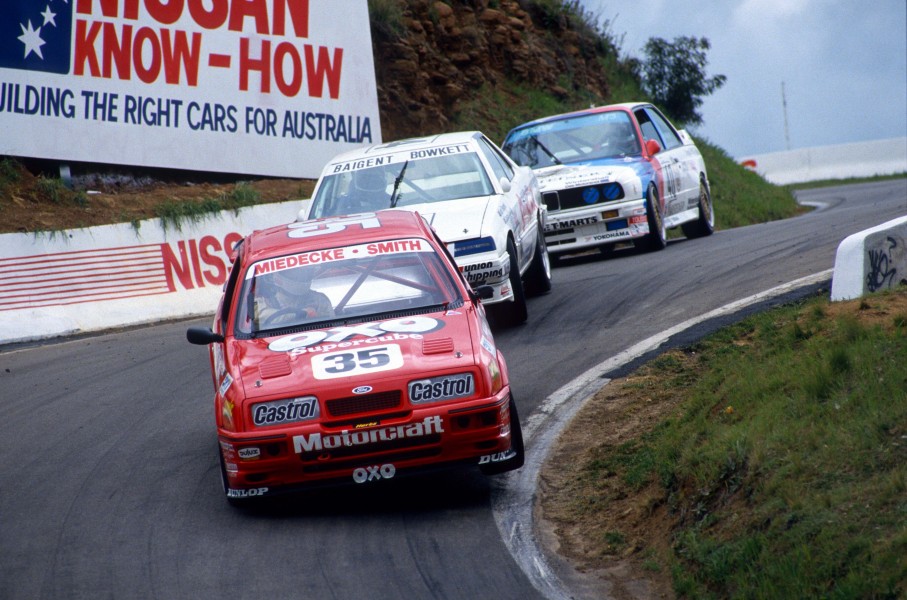 A total of 48 cars started and the turbo Ford Sierra RS500 Cosworths dominated the early running with the local car of Andrew Miedecke, above, taking it up to the likes of the Texaco and Andy Rouse cars, before the OXO-backed driver hit dramas.  Some of the other local guns encountered problems too.

Allan Grice’s Commodore was the pick of the Holden fleet but had axle dramas after 96 laps while running a solid third, Larry Perkins was wiped out in a lap 3 accident with the Shell Sierra of Neville Crichton and the lead Shell Ford of Dick Johnson, below, only lasted one more lap with diff issues. 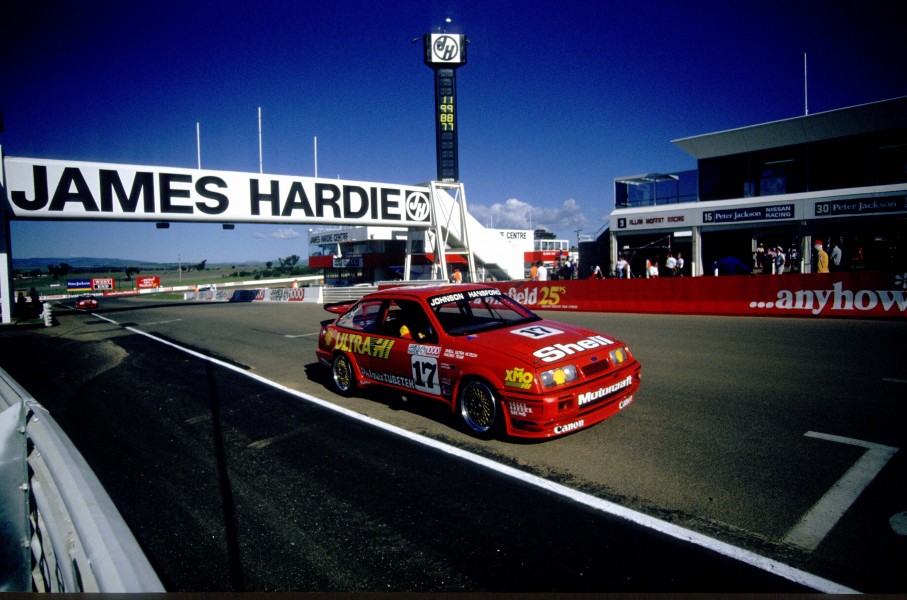 Peter Brock was no different. His lead #05 Mobil Commodore expired in a smoky heap just after its first pitstop in his first Bathurst since busting up with GM Holden.

He was, however, able to take over the team’s second #10 car and continue in the race.

In those days the rules permitted teams to ‘cross enter’ its drivers across different cars under its own banner, meaning Brock and Parsons were able to take over the team’s #10 Commodore for the remainder of the day.

Through the miserable wet conditions, off-track brawling over car eligibility and all sorts of other political storms on and off the track, the 1987 race is in the history books as a classic, but mainly as Brock’s ninth win.

“That would have to go down as one of the most extraordinary weekends that you could ever imagine,” Brock recalled to Motorsport News’ David Hassall 10 years later in 1997.

“I was served some legal papers in the pits by some sheriff, Bill Tuckey released his story of ‘The Rise and Fall of Peter Brock’ and I had great difficulty buying any parts for my Commodore to even get onto the grid. 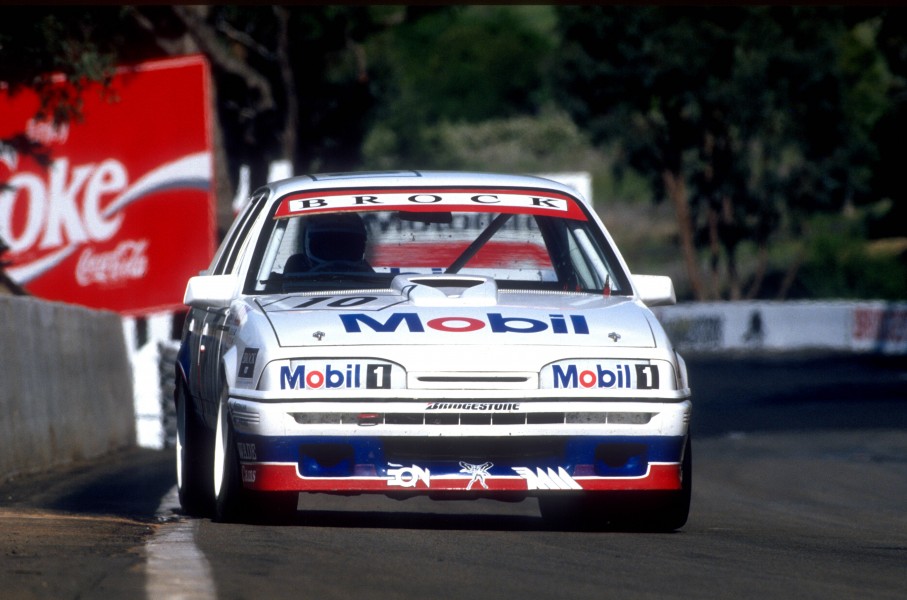 “Consequently I had one car for which I’d saved up bits and pieces and was basically as good as I could make it. The other car was what was left over.

“The good car snapped a conrod in half early in the race … so I hopped into car 10 and thought ‘I’ll just get out there and have some fun, just roar around and see what happens.

“Then, of course, with the way things worked out, to be awarded the win at that event, despite all the obstacles and adversity, made me just sit back and think there is some justice in the world!”

The exclusion of the Texaco Sierras elevated the PJ Nissans of Glenn Seton/John Bowe and George Fury/Terry Shiel to second and third with the JPS BMW M3 of Jim Richards and Tony Longhurst classified fourth and the Mitsubishi Station of Gary Scott and Japanese ace Akihiko Nakaya fifth.

The factory-backed Toyota Team Australia Corollas were on target to win their class before they were wiped out in the wet conditions at the top of the Mountain.

That opened the door for 1966 Bathurst winner Bob Holden to team with Garry Willmington and Kiwi Bryan Bate to win the ‘baby car’ class and be the last of the 23 classified finishers home.

It was also the Bathurst 1000 race debut of Mark Skaife (finished 19th in a Nissan Gazelle) and the only Bathurst start by a Maserati, with a Biturbo failing to finish after 29 laps with 1985 Bathurst winner Armin Hahne and 1974 Bathurst winner Kevin Bartlett at the wheel.