While now an established force on the grid with Team 18, Scott Pye’s early days as a full-time Supercars driver were punctuated by a shocking hit on this day in 2013.

On April 7 eight years ago, Pye suffered a brake failure during the Sunday race at Symmons Plains, which will host next week’s Beaurepaires Tasmania SuperSprint.

Pye, who was a revered junior and was promoted to the main game after a strong development series campaign in 2012, managed to walk away from the terrifying accident.

The then 23-year-old’s Lucas Dumbrell Motorsport Commodore fired into an Armco barrier, head on, at approximately 160km/h.

The impact, which came after the car straight-lined the Turns 1-2 complex following the failure, pitched the #80 entry into the air. 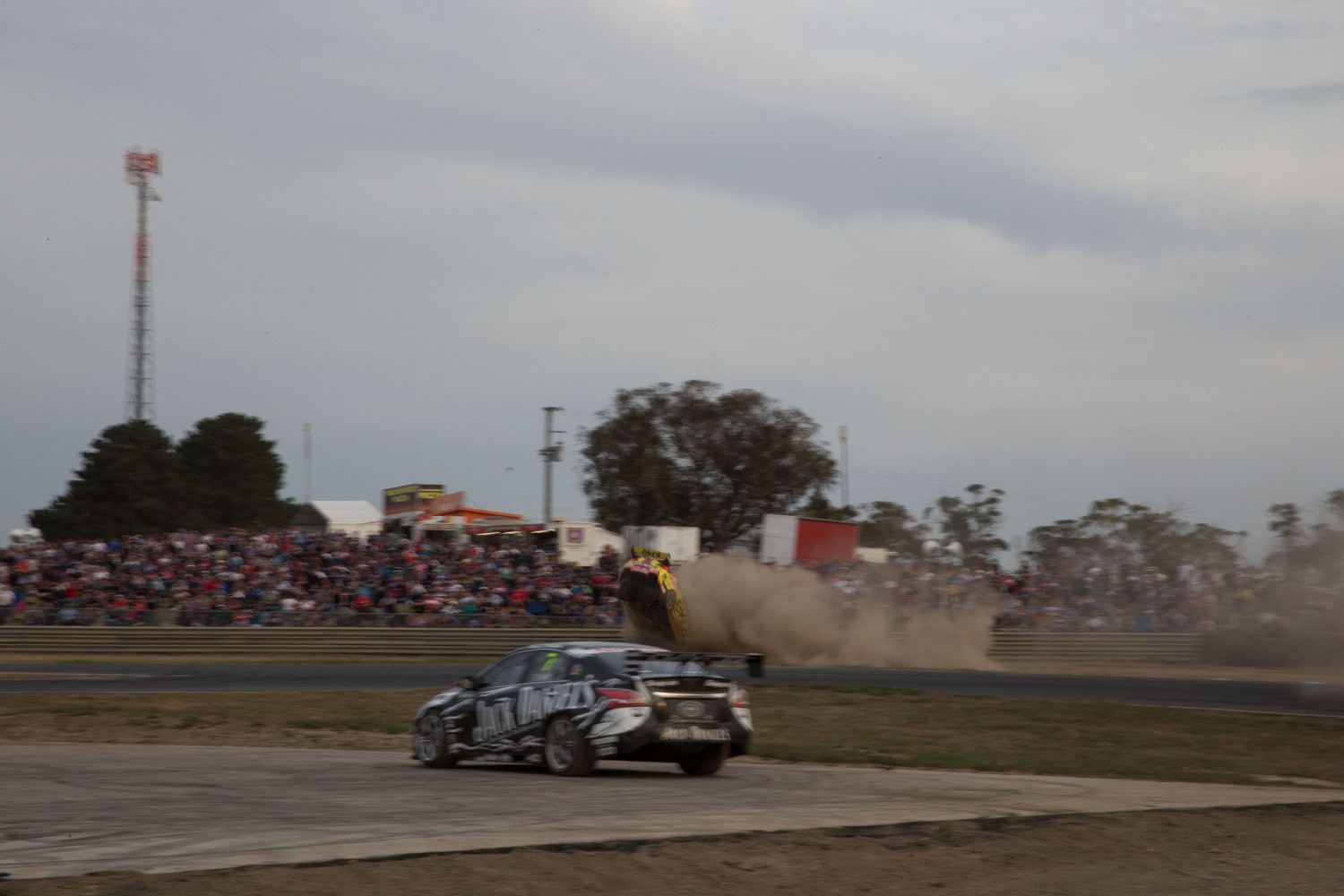 Pye careens into the barrier

In just his 10th championship race start, Pye had copped a bellringer; so abrupt was the incident, that veteran team owner Ross Stone, who was mid-broadcast interview, winced in agony at the sight of the crash.

With his breath taken away in the impact, Pye regathered himself and alighted from the car, before assessing the damage.

There, he realised how lucky he had been, having only suffered a sprained wrist and sore jaw.

“I got out and had to have a quick look at it because I couldn’t believe an impact like that," he said after the crash.

“Going in, I knew it was going to be massive, going into an Armco wall filled with solid dirt behind. 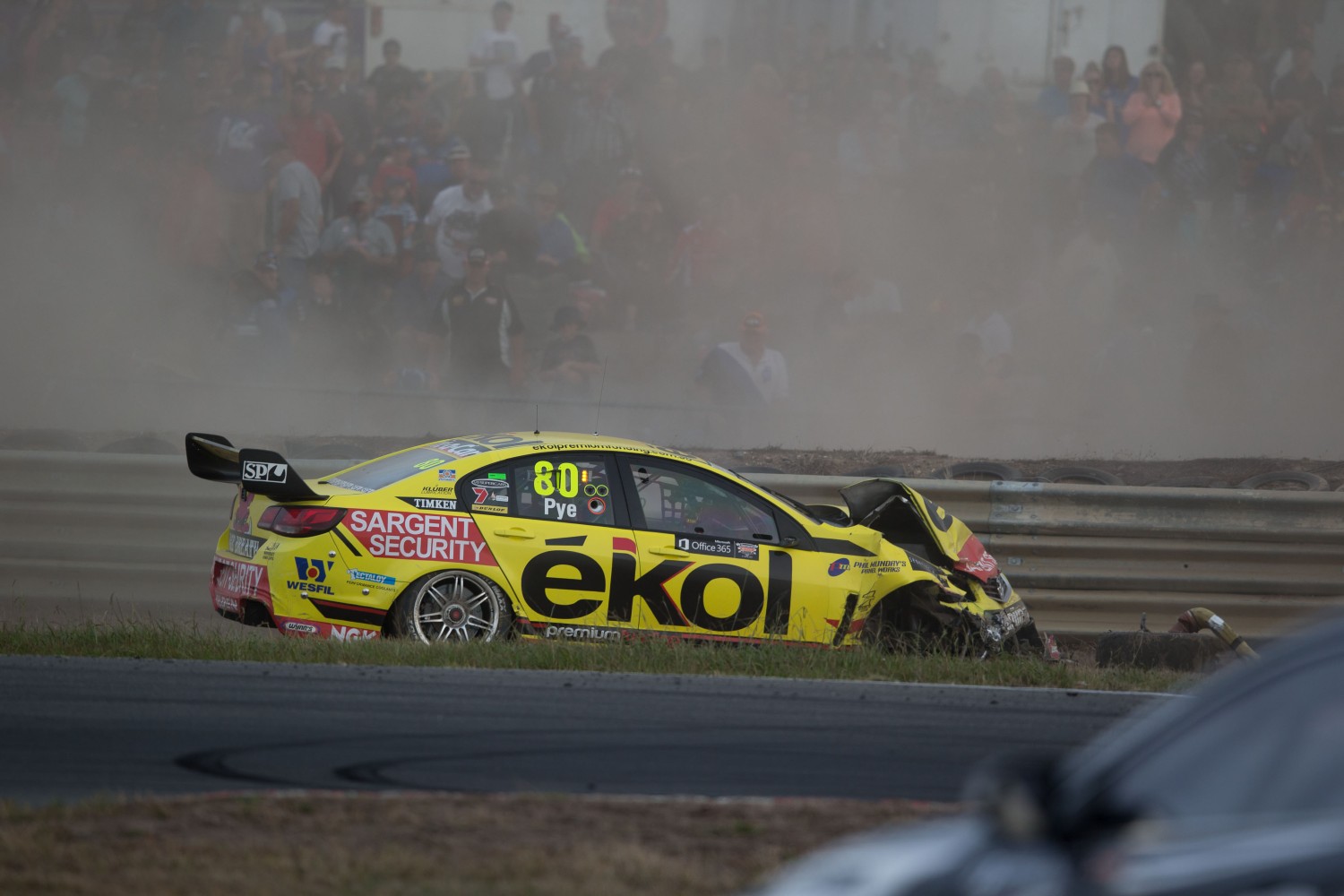 The car comes to rest after the impact

“I had to admire the car and I’m very grateful at the way it held up, I think even the steering wheel’s bent from where I hung on.

“But I’m lucky to be sitting here now as fine as I am… it gave me no warning it was going to hit the floor and I’d have zero brakes.”

So severe was the damage, that the car was benched for the next event in New Zealand, with Pye forced to watch on from the sidelines.

The accident was testament to the improved safety of cars under the new Car of the Future specifications.

However, that did little to quell Pye’s disappointment, who bounced back as the season rolled on to score a brilliant top 10 finish at Bathurst. 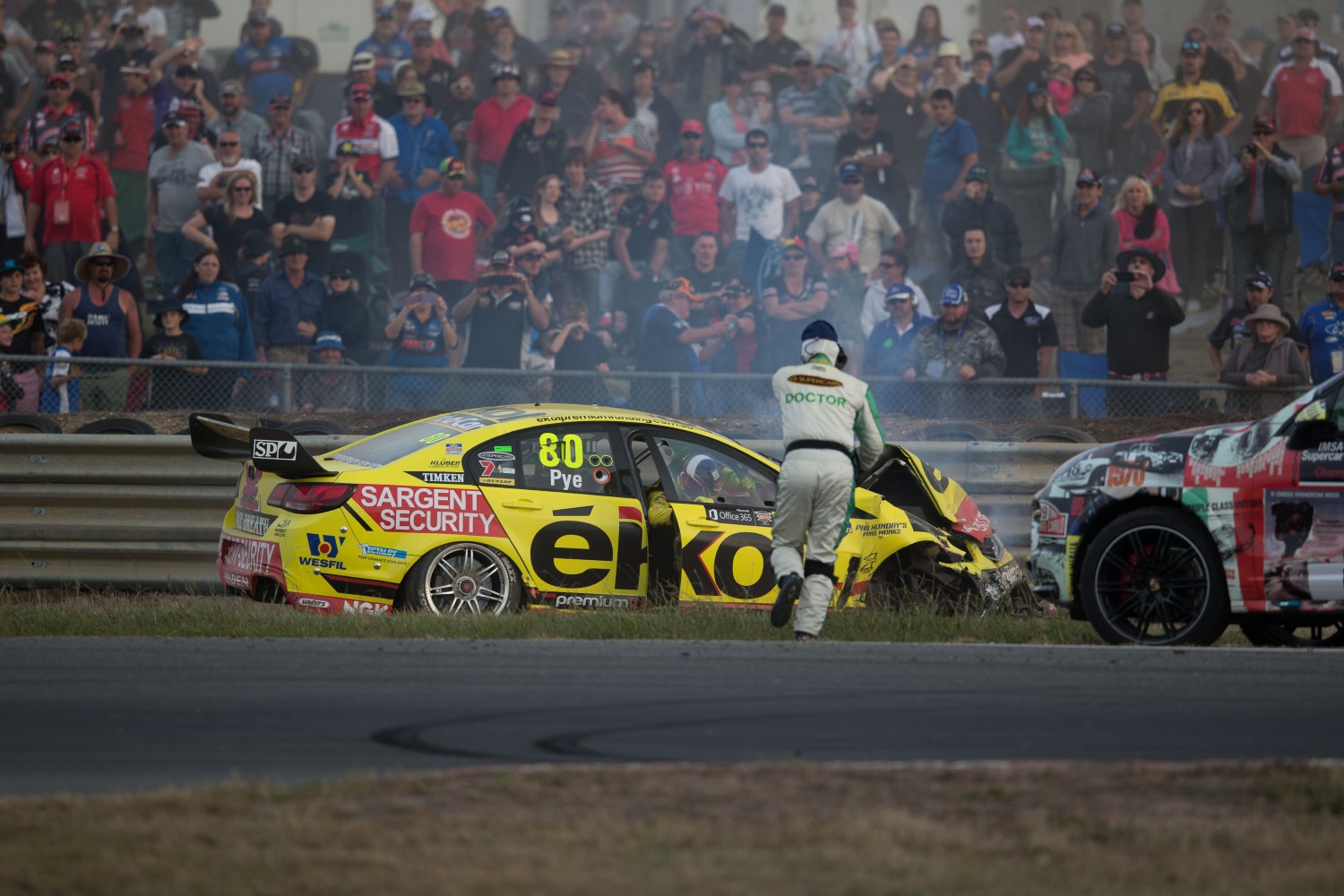 “When I landed, it felt like I was in the air for an eternity,” he said.

“Once I landed I checked my hands and feet and made sure they were okay, and I was amazed I was fine.

“I think a shunt like that’s down to the car and the man above. I’m very lucky to come away with no real injuries.

“I’d been pumping [the brake pedal]… but I pumped it and it went to the floor, so there was nothing I could do.

“My eyes were dragged to that Armco wall and I knew I was going in. 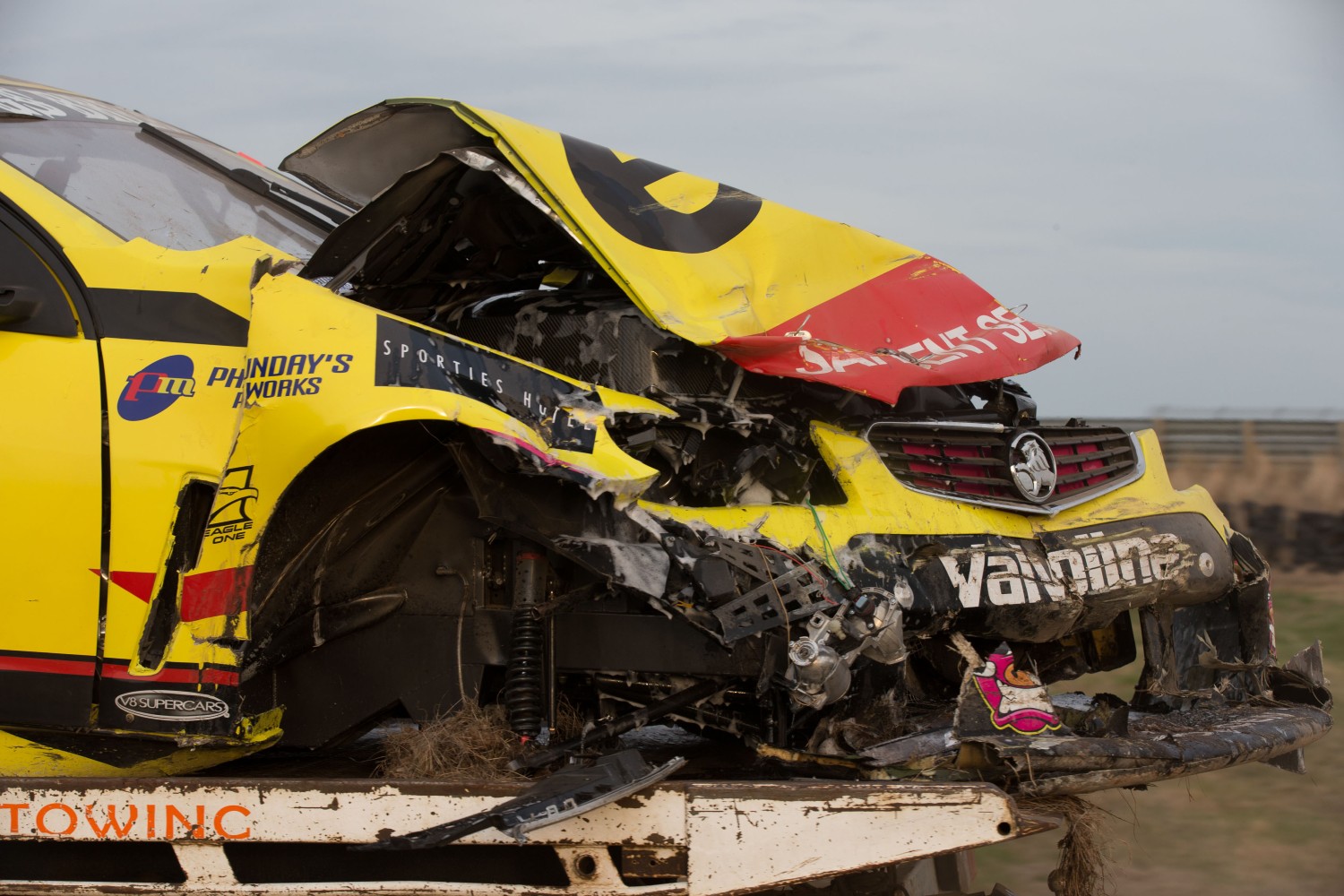 The damaged car is loaded onto a flatbed

“I saw the Armco wall took some of that impact and got pushed back. It’s a freak accident, it’s one of those things.

“I’m fine, so I’m not complaining… I can say now, the Car of the Future is one I’m happy to race in from here on because I know it is safe.”

Pye heads to next week’s Beaurepaires Tasmania SuperSprint 14th in the standings, nine places down on Team 18 teammate Mark Winterbottom.