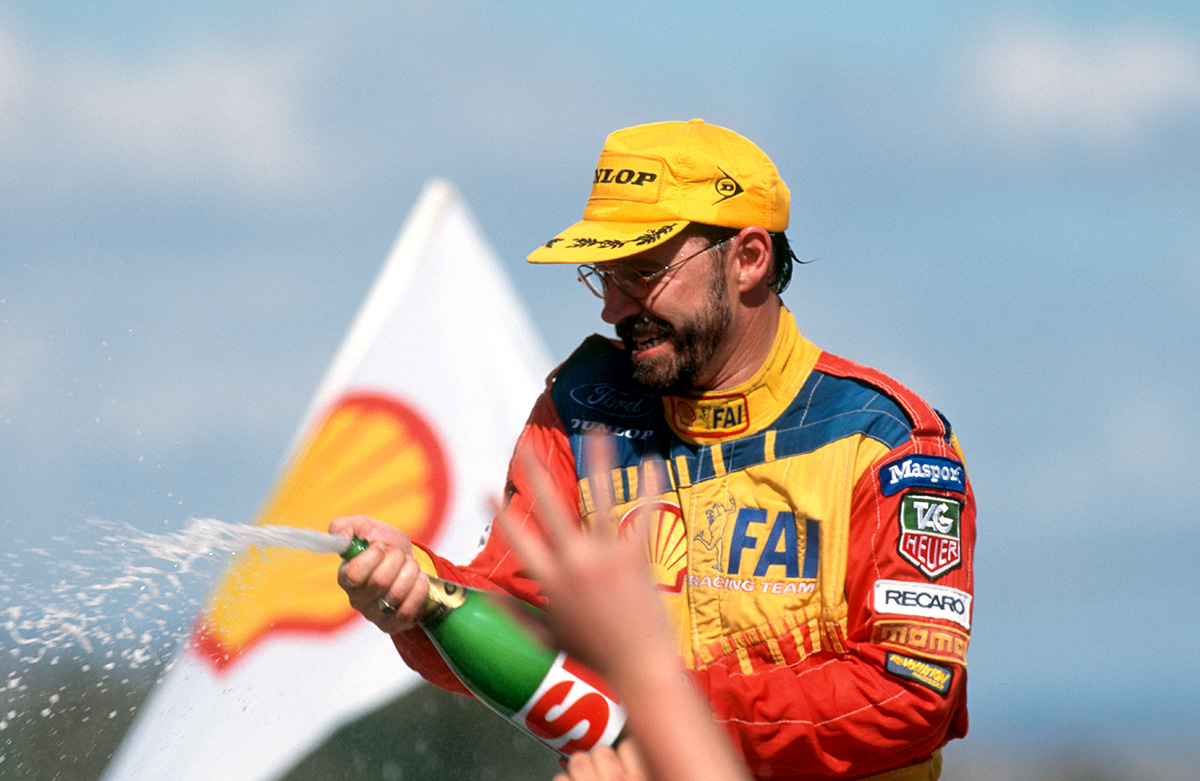 On February 25, 1996, Mount Panorama hosted the finale of its most recent sprint round action.

The old stalwarts struck again, with Bowe clinching a perfect three from three on the weekend.

This weekend's Repco Mt Panorama 500, the first event of the 2021 Repco Supercars Championship, will mark the first single driver round at the iconic Bathurst circuit in 25 years.

A quarter of a century ago, it was John Bowe who again flexed his muscle at the famous track, with the reigning series champion clinching a clean sweep.

Three races, three wins. Bowe was on a tear on the mountain aboard his #1 Shell-backed Dick Johnson Racing Ford Falcon EF.

Bowe retook the lead heading up the hill, and was never headed. The late, great Brock did everything he could, but the #1 Falcon took the chequered flag first.

The second race saw Bowe claim a second straight win, but the stories of the race unfolded behind him.

A young Craig Lowndes, who would go on to win the championship, tried an ambitious move on Wayne Gardner, who finished third in the first race.

Lowndes drew alongside Gardner and moved left. The two cars made contact at high speed; Lowndes shot left and down the Murray's Corner escape road, with Gardner spearing through the infield sand trap. 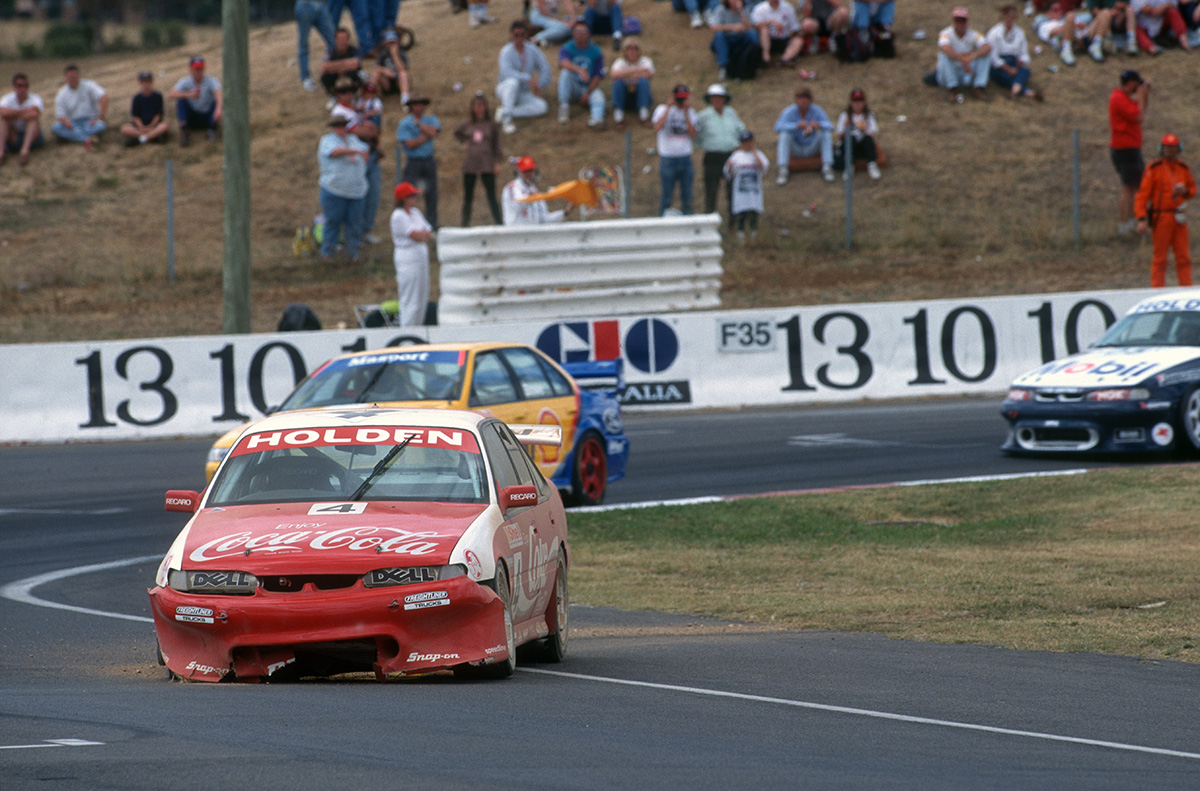 Gardner was fortunate not to have made contact with the pit entrance wall. Later, Gardner and Lowndes came to blows in the pits, with stewards later slapping the latter with a $1000 fine.

The chaos continued in Race 2, with a stray dog almost collected by the leaders on the second lap.

The 1993 champion, Glenn Seton, had a tyre let go, while Brock plummeted down the field due to a misfire.

The finale was relatively tame compared to the earlier heat, with Bowe again leading Johnson in a Shell Ford formation. Perkins finished third, but fourth was enough for Brock to secure third for the round. 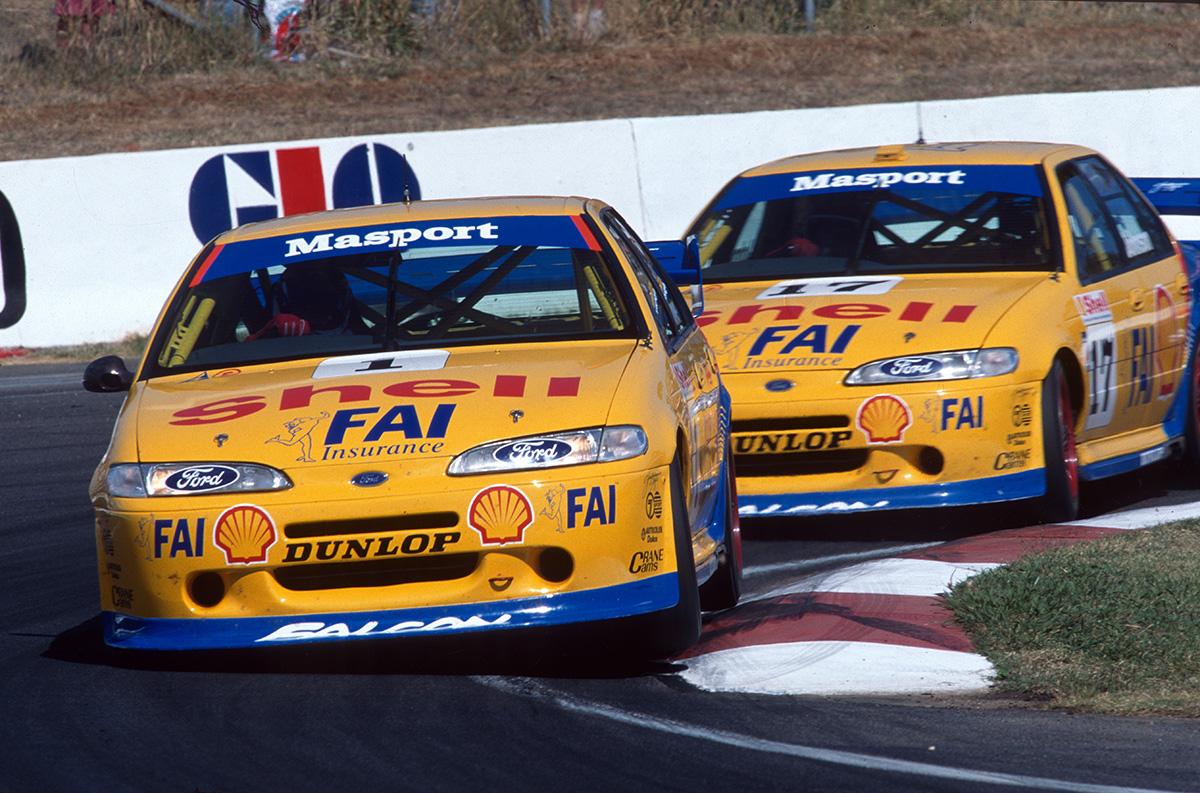 Bowe's perfect weekend amid the dramas for Lowndes saw the defending champion leave Bathurst with a 17-point lead in the standings, with Seton a further 23 points adrift.

A year earlier, Bowe won the Bathurst sprint round en route to the title. However, unlike his efforts in 1996, he didn't win a race.

In 1995, though, the mountain was significant for teammate Johnson, who won his final championship race.

Johnson would retire after the 1999 Bathurst 1000, and remains a key figure in the paddock with the team bearing his name.

Which team will make its own history on the mountain this weekend? Cars will hit the track on Friday for opening practice of the Repco Mt Panorama 500. Tickets are on sale now.