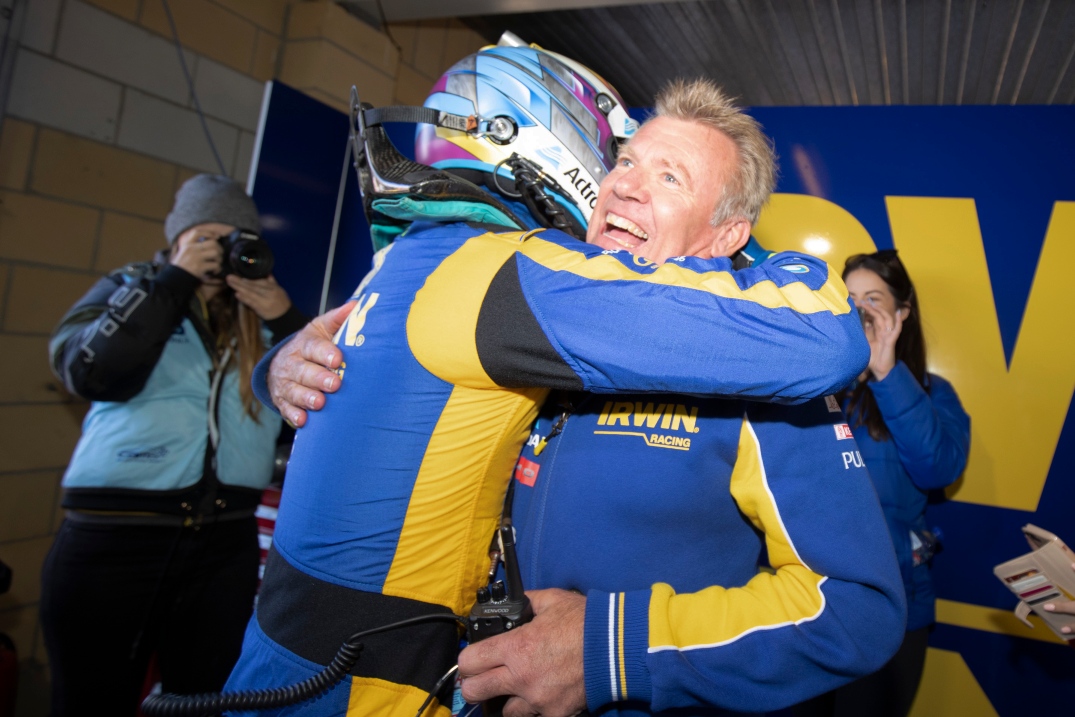 Mark Winterbottom’s hopes of kicking off his Team 18 career with victory began with aplomb on this day in 2019.

On April 6 two years ago, Winterbottom clinched a surprise pole position for the first race of the weekend at Symmons Plains, which will host the next round of the 2021 season.

Winterbottom holds an enviable record at the Launceston track; he has finished all 40 races he has started at the venue.

He has only won one race in Tasmania, which came in a 2010 thriller. Nine years later, aboard an IRWIN-backed Commodore, he loomed to make it win No. 2.

The long-time Tickford driver was in only his third event with Team 18, and broke through to take his first pole in exactly 1000 days.

The 2015 champion clocked a 50.6920s aboard his Triple Eight-built Commodore in the third and final phase of knockout ARMOR ALL Qualifying.

The margins were tight; Winterbottom pipped Scott McLaughlin by 0.004s.

Third-placed Shane van Gisbergen was only 0.0136s off pole.

The end result marked a surprise of sorts, with Friday fast man Jamie Whincup spinning at the Turn 4 hairpin and ending up 15th.

In the final stanza of qualifying, Winterbottom hit the top in the dying stages and clung on to clinch a first pole since Townsville in July 2016. 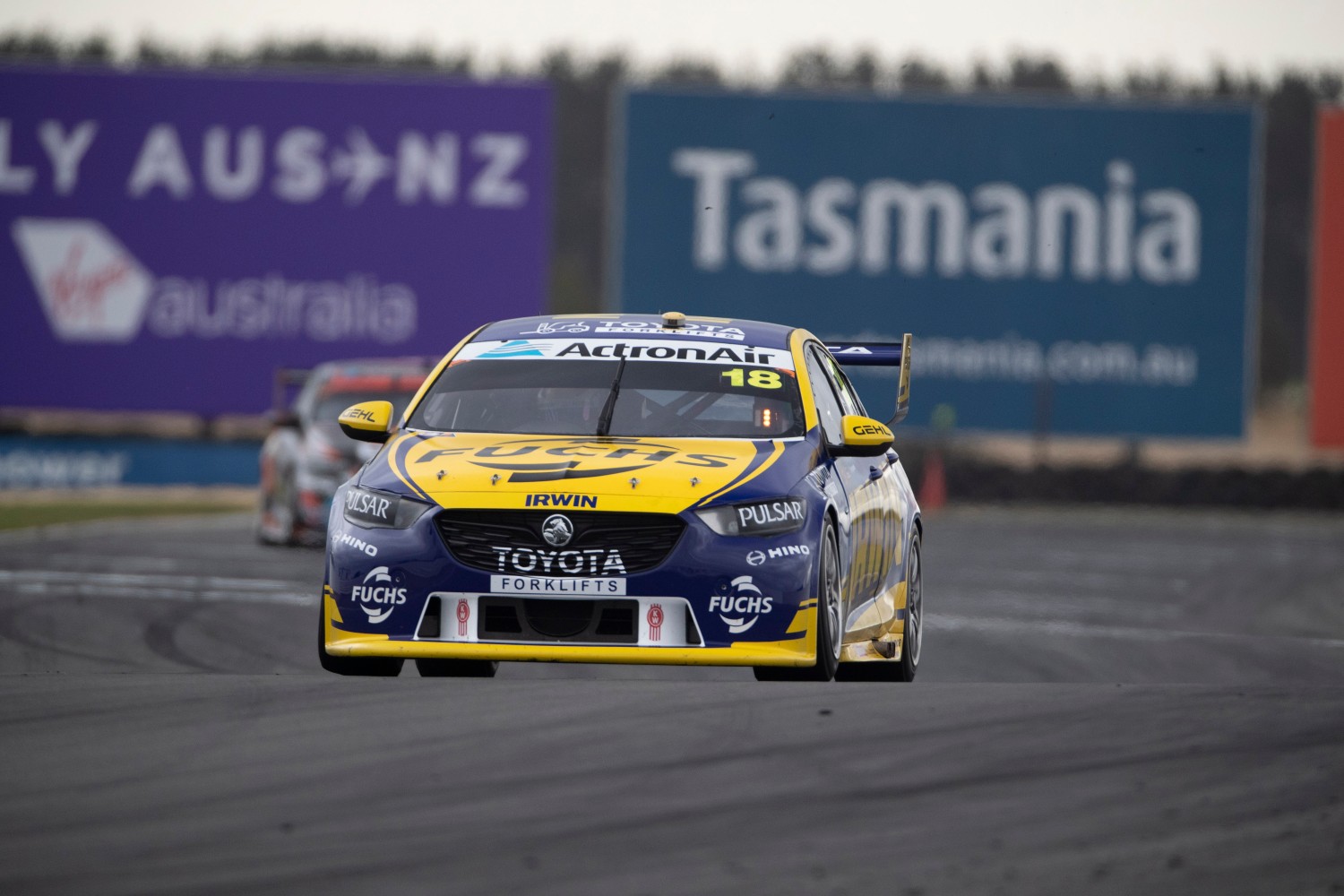 Winterbottom on a charge in 2019

It was also the first pole for Charlie Schwerkolt’s team, which expanded to two cars in 2020.

"It’s awesome. I'm a bit emotional, it's been a while," a delighted Winterbottom said afterwards.

“We're a small team, but I think we can do special things and this is just another achievement.

"I'm so proud for Charlie, he’s been working his backside off to put this together. I’m lucky, it’s all falling into place and I get to play a part in it.

"I came here because I saw a good opportunity. I’m enjoying my racing, I’m loving working for this team.

"When you do things like this you can see what it means. They’d never had a pole before and I can contribute to that, hopefully we can get their first trophy.” 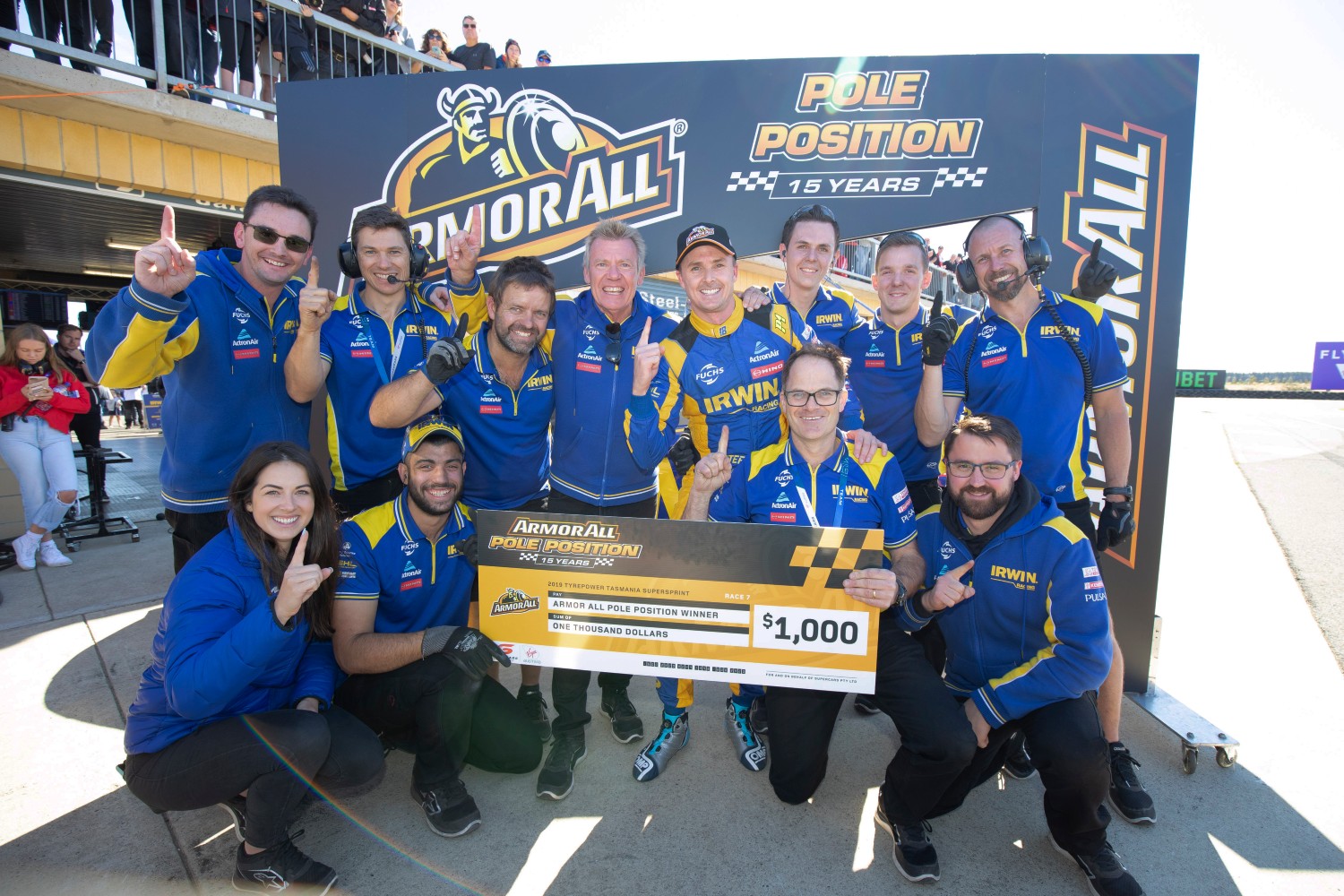 McLaughlin beat Winterbottom on the run to Turn 2, and built a gap over the #18 Commodore.

A slightly slower stop for Winterbottom enabled Coulthard to jump the IRWIN entry, with McLaughlin holding sway over his teammate. 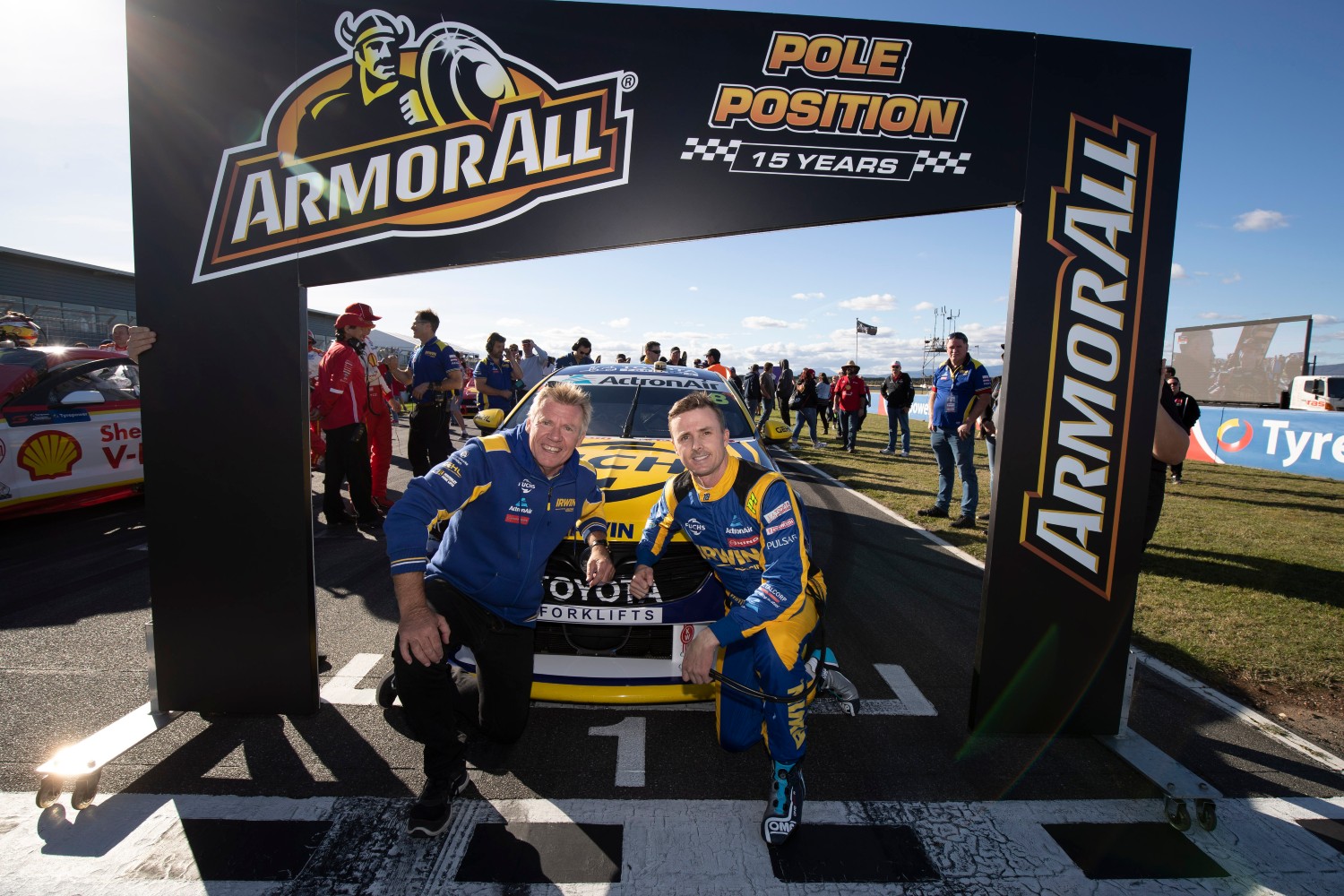 Winterbottom and Schwerkolt on the front row before the race

Coulthard built a gap, with Winterbottom left in the clutches of a pacy van Gisbergen, who was the last driver to pit with 20 laps remaining.

After emerging in sixth, van Gisbergen cleared David Reynolds and James Courtney before ranging up to Winterbottom.

Van Gisbergen was the last driver to pit, on lap 29, which left the Red Bull Holden with a 20-lap run home on fresh rubber.

Emerging in sixth, he caught and passed David Reynolds and James Courtney, then closed in on Winterbottom.

After losing time to a backmarker, Winterbottom had van Gisbergen in his mirrors, with the #97 completing the overtake at Turn 6 on the penultimate lap. 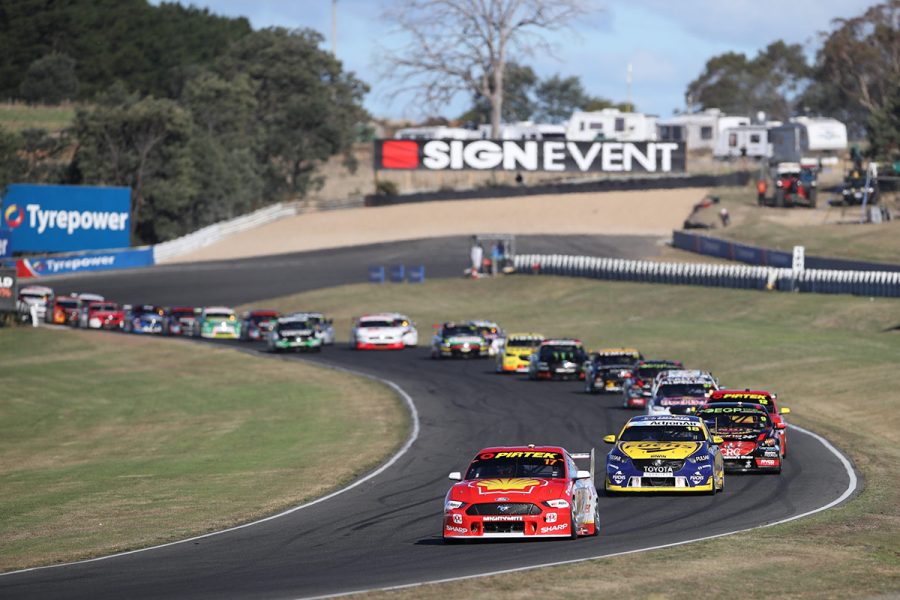 McLaughlin pinched an early lead and didn't look back

Regardless, two years on, the pole holds a special place for Winterbottom, who is desperate to end his wait for a maiden Team 18 podium.

“We’d been trying hard and building this team, and I’d only just joined,” he said ahead of next weekend's event.

“Tassie’s been good to me, but it’s a tough place for qualifying because it’s a short lap, and you have to get every corner right.

“Coming into the garage and seeing the reaction of the team was a really special moment.

Winterbottom, who is fifth in the 2021 standings after two events, will return to Symmons Plains for the Beaurepaires Tasmania SuperSprint across April 17-18. Tickets are on sale now.