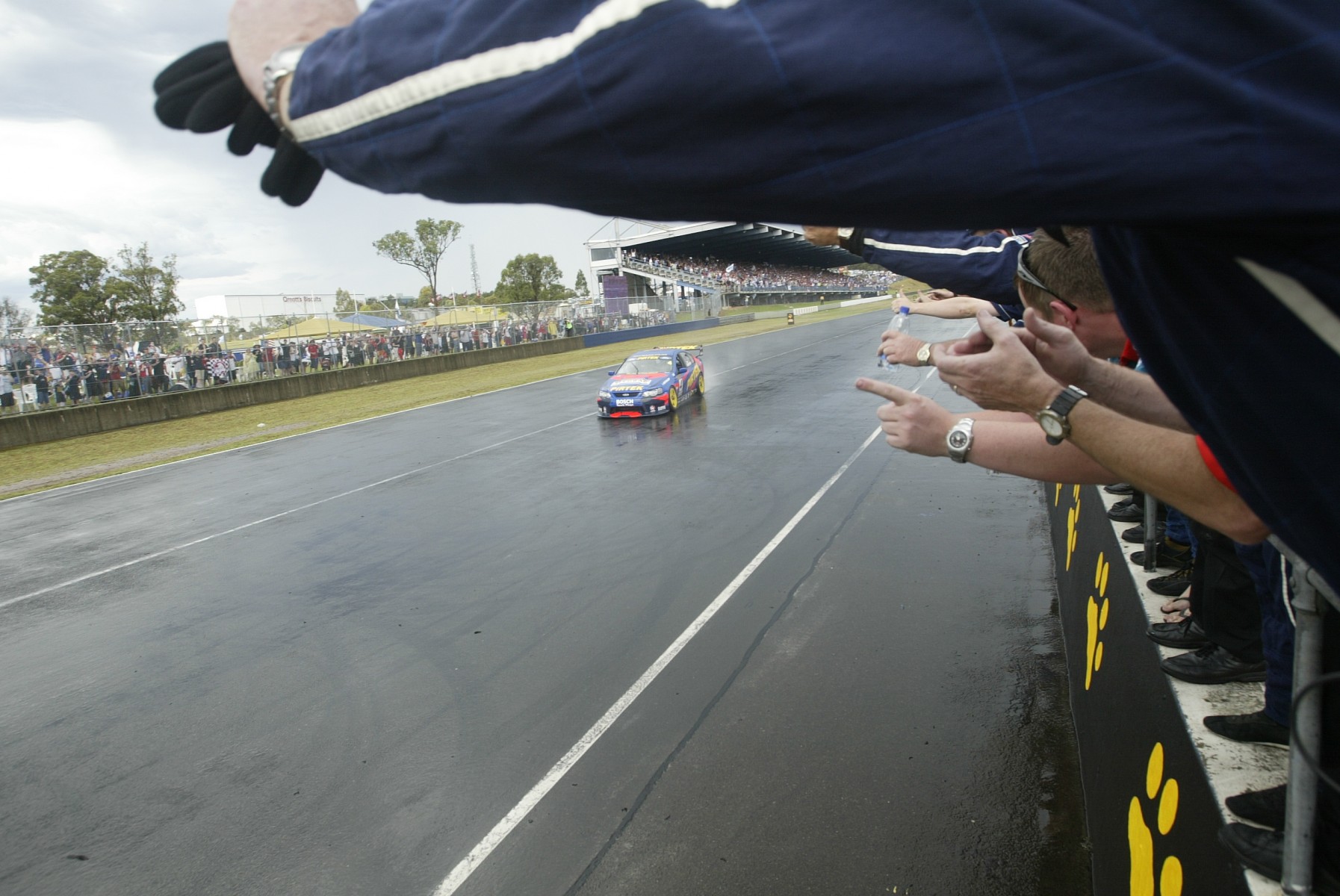 Many will point to today being the anniversary of ‘that incident’ between Mark Skaife and Russell Ingall at Eastern Creek in 2003.

But the fact remains that Marcos Ambrose became V8 Supercars champion for the very first time on this day - November 30 - 14 years ago.

The Pirtek Falcon driver broke a streak of five straight championship wins by the Holden Racing Team to give Ford fans their first V8 champ since Glenn Seton had won the crown back in 1997.

He’d started the final round of that season in style with a dominant win in the 39-lapper held on Saturday and was equally as commanding on Sunday November 30, in what was scheduled as a 64-lap final race of the season.

However a massive rainstorm hit the Western Sydney venue, knocking out all power in the pits for a time and eventually prompting race control to red flag the race on lap 59 while under Safety Car conditions, with the results declared as of the completion of lap 57.

Ambrose dominated the race and led at all stages bar the pitstop cycle, claiming the race win over Team Brock’s Jason Bright (in the older-model Commodore VX) and Dick Johnson Racing’s Max Wilson (the first and only podium finish of the Brazilian’s V8 Supercar career). 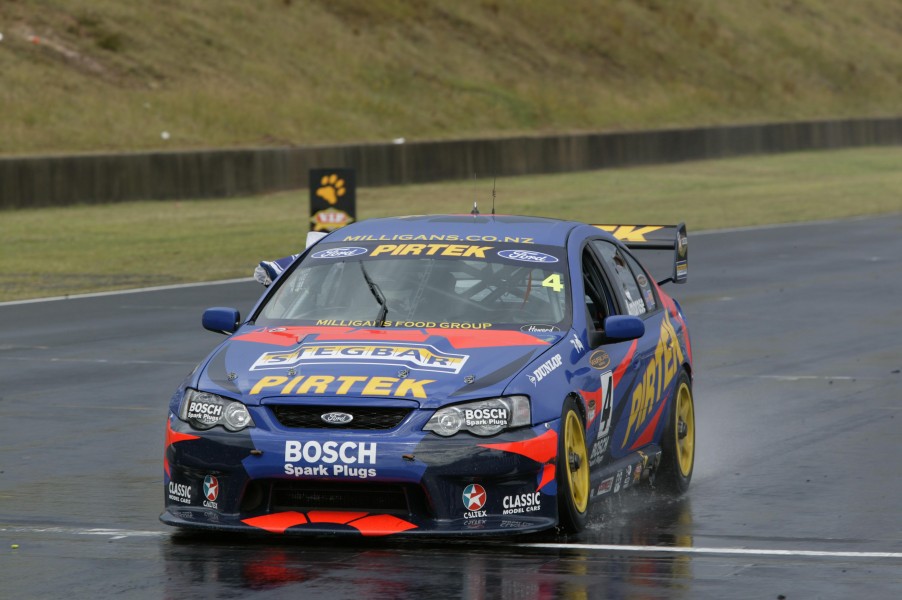 The Tasmanian ace promptly ripped off a few donuts on the very wet circuit and climbed from the victorious #4 Falcon BA to celebrate with the Ford faithful.

Race and round wins went with the first of his two championships, starting a run of three straight for his Stone Brothers Racing team, given Russell Ingall went on to win the 2005 crown.

"This all really has not sunken in yet," said Ambrose at the time.

"This has been a very tough year with us losing [long-time Ford motorsport boss] Howard Marsden, [young racer] Stewart McColl, [Kiwi rally star] Possum Bourne and [motorcycle racing legend and Australian media mainstay] Barry Sheene and I would like to dedicate this championship to those four guys.

"This is awesome - it has been something I have been working since I was 11 years old. 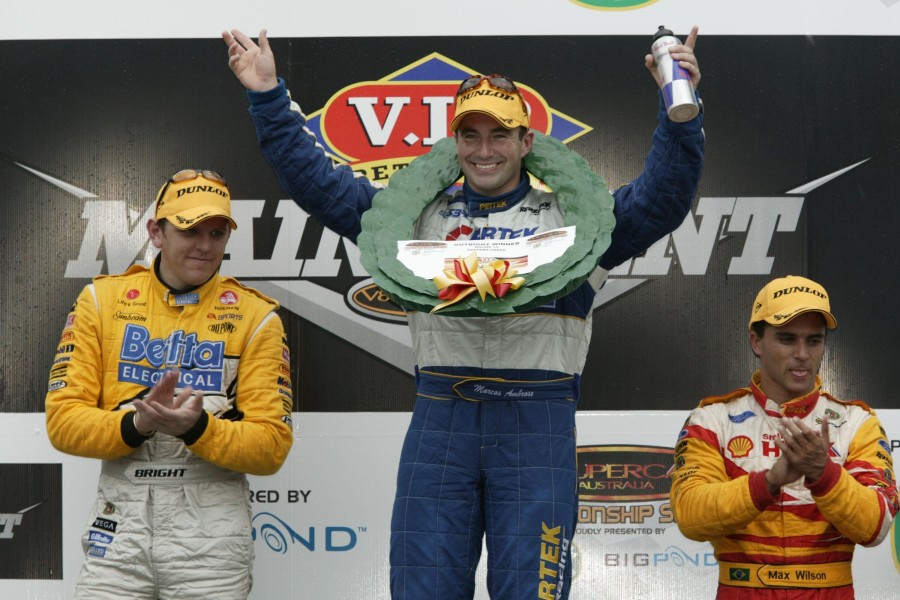 "To Ross and Jimmy Stone and Geoff Polites, the president of Ford, I would like to give a big thanks as these guys gave me a chance to fulfil my dream today.”

Of course, as history shows, Ambrose went on to win the championship again in 2004 and departed the sport at the end of ’05 to start a decade-long career in NASCAR in the United States.

He returned to Supercars in late-2014 to sign with DJR Team Penske and ran in the end-of-season Sydney 500 before starting ’15 as a full-time driver with the team.

Ambrose elected to step away from full-time racing after a handful of events and made his last start as co-driver to Scott Pye at that year’s Gold Coast 600.

But on this day 14 years ago he was the toast of the V8 Supercar world with a whole range of side stories to come from the race on November 30, 2003. 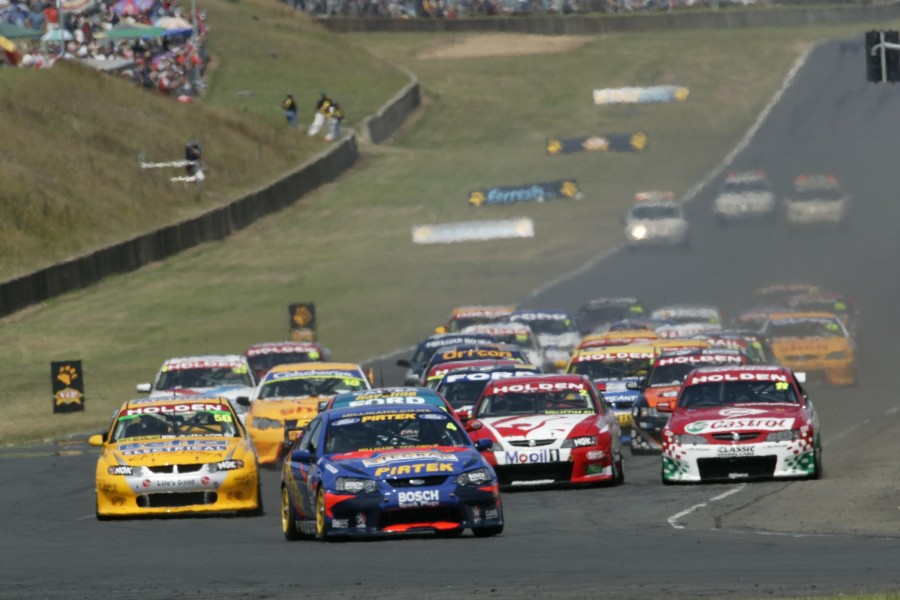 While Ambrose, Bright and Wilson finished in the top three in the race and indeed the round overall, much of the focus was on the Skaife and Ingall clash that eliminated the HRT pilot from potentially taking the runner-up spot in the championship.

With Skaife in the wall and out of the race, Kmart ace Greg Murphy (who didn’t start on Sunday after reportedly aggravating a back injury in the morning’s VB Challenge motorkhana), sealed second place in the points.

It would remain the Kiwi’s best ever V8 Supercars Championship points finish.

Ingall crossed the line 12th but was excluded from the entire round in the aftermath of the Skaife incident at the event known as the ‘VIP Petfoods Main Event’, the first event promoted by what is now Supercars Events.

29/11/2017
Stay In The Know
Sign up to the Virgin Australia Supercars Championship Newsletter
We use cookies to ensure that we give you the best experience on our website. If you continue to use this site we will assume that you are happy with it.Ok