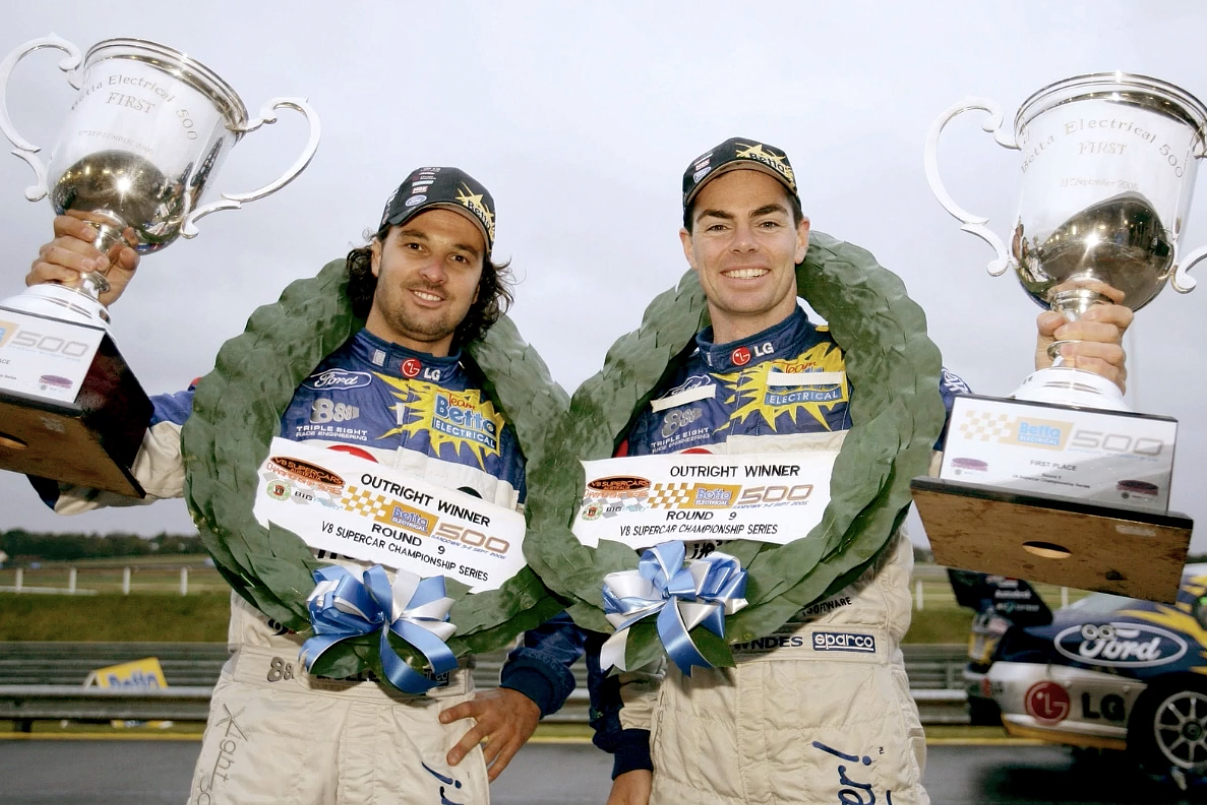 It all began in season 2005, with the team’s first win coming courtesy of Craig Lowndes at Eastern Creek.

However, later in the year, Lowndes combined with an international star to clinch Triple Eight's first major race victory.

On September 11, 2005, Lowndes and Yvan Muller paired to win the Sandown 500, two years after Triple Eight made its championship debut at the Victorian circuit.

Roland Dane led the buyout of Briggs Motor Sport late in 2003, and Triple Eight formally made its debut at the 2003 Sandown 500.

Two years later, the team had become a winning force through Lowndes, who was putting together his best campaign since he left the Holden Racing Team.

Lowndes had won races at Eastern Creek and Ipswich, and entered the 2005 enduro season with a point to prove.

It had been eight years since Lowndes’ previous Sandown win, and five years since his previous enduro win alongside Mark Skaife at Queensland Raceway.

The move to Triple Eight had already paid dividends for Lowndes, and being paired with Frenchman Muller - who by that stage was a British F2, French Supertouring and BTCC champion - proved a masterstroke at Sandown.

Lowndes arrived at Sandown 277 points down on championship leader Marcos Ambrose, with Russell Ingall and Steven Richards also ahead of the Triple Eight driver. 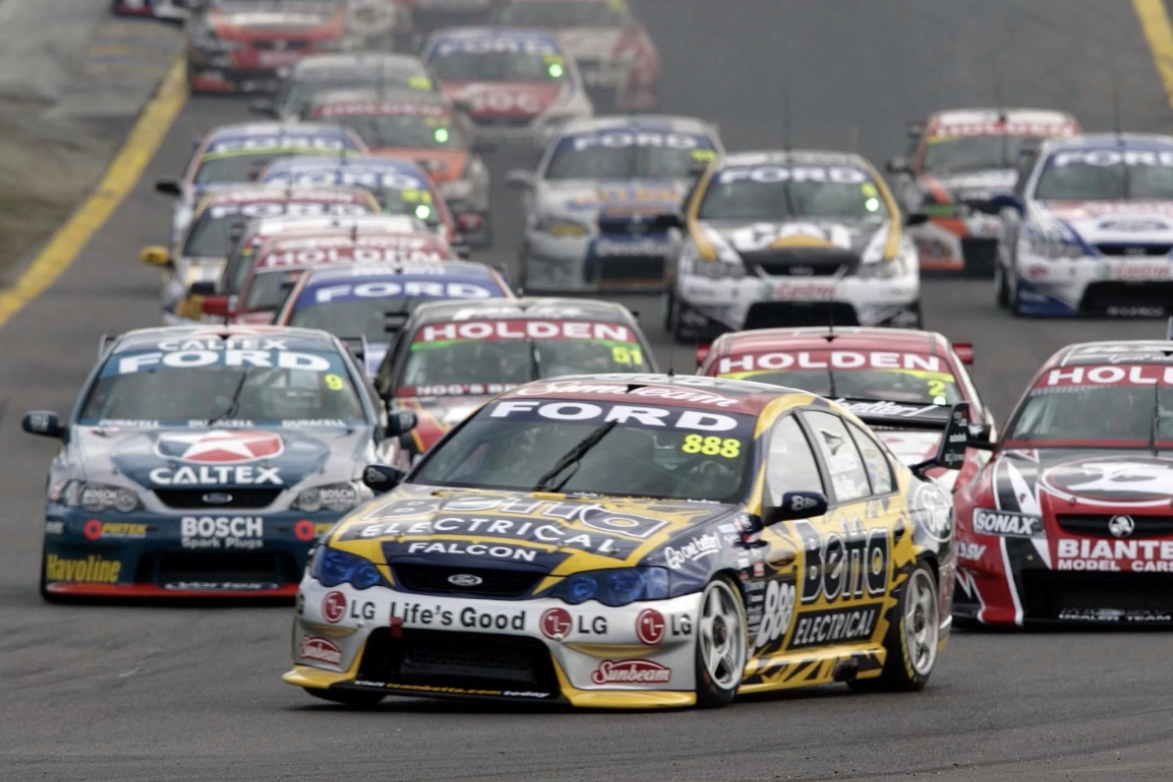 Few in Australia knew of Muller, who drove for Eight's sister BTCC squad at the time. He competed for Triple Eight in the 2004 enduros, but didn’t finish either race.

Lowndes and Muller were strong at the start of the race before rain lashed the Sandown circuit.

Skaife and Todd Kelly loomed to repeat their 2003 win, only for Lowndes to overhaul Skaife in the dying laps to clinch a famous victory.

It was a day for the title protagonists to struggle; Ambrose and Warren Luff battled with overheating and finished 12th, with Ingall and Youlden spinning their way to seventh. 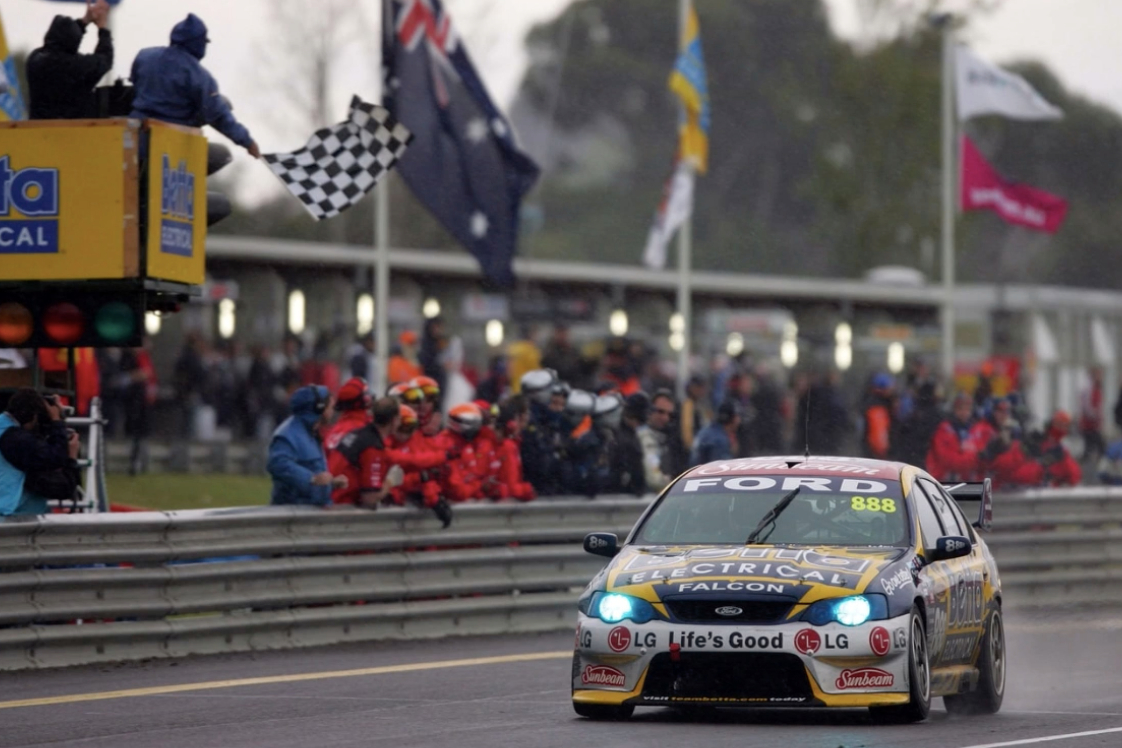 Lowndes opened a commanding gap over the rest of the field in the early laps ahead of pole man Rick Kelly and the Stone Brothers Racing duo.

Rain began to fall just after most of the leading group had made their first pit stops.

Skaife and Kelly were the big winners; they remained on slicks while other cars dived in for wets, with Jason Richards and Jamie Whincup running second for Tasman Motorsport.

Lowndes and Muller held third just after half distance.

Muller endured the toughest of the race; his stint began on wet weather tyres, but he managed his tyres on a drying track to hand the car back to Lowndes in a position to challenge for victory. 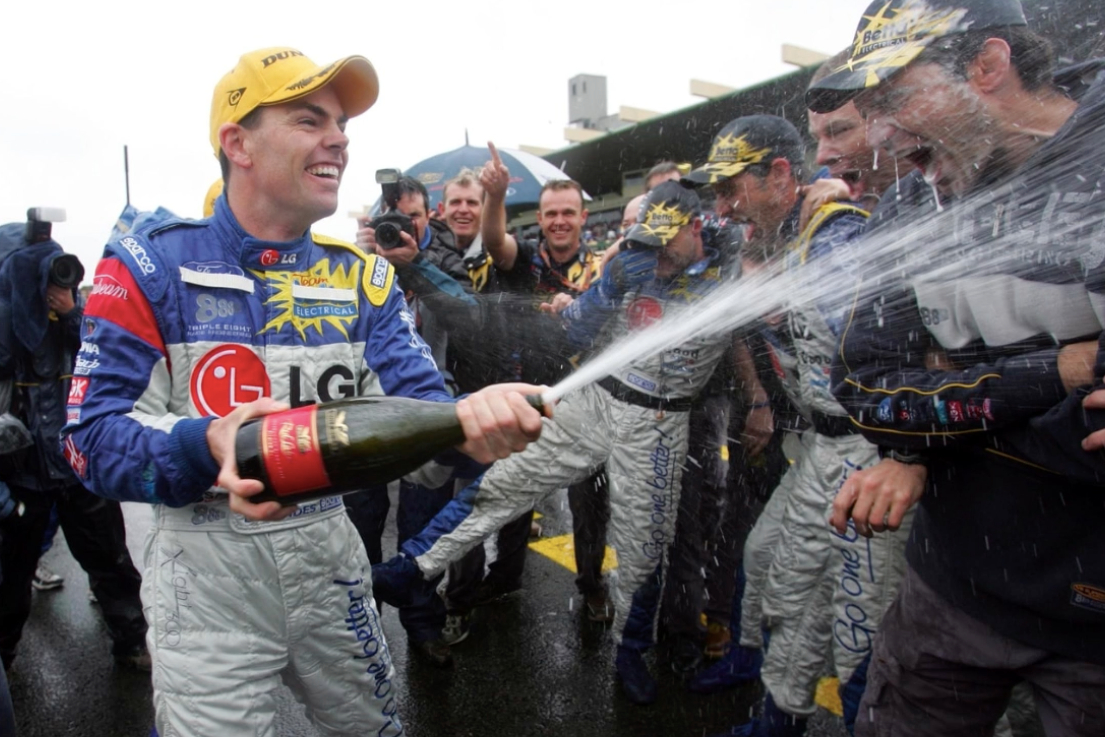 Skaife took on wets on lap 95 but an error at Turn 1 allowed Muller to take the lead down the back straight.

The HRT driver retook the lead when Muller handed over to Lowndes on lap 113. All the while, Greg Murphy had motored his way into contention, only to fall foul of engine dramas.

Skaife was in the lead in the closing stages, but he faced three key hurdles - being forced to save fuel, a broken front splitter, and most importantly, a charging Lowndes.

With six laps remaining, Lowndes was on Skaife’s tail. With four laps to go, Lowndes claimed the lead at Turn 1 after an epic drag alongside Skaife on pit straight.

With Lowndes heading up the road, Skaife stopped for fuel to ensure the #2 Commodore made it to the end. 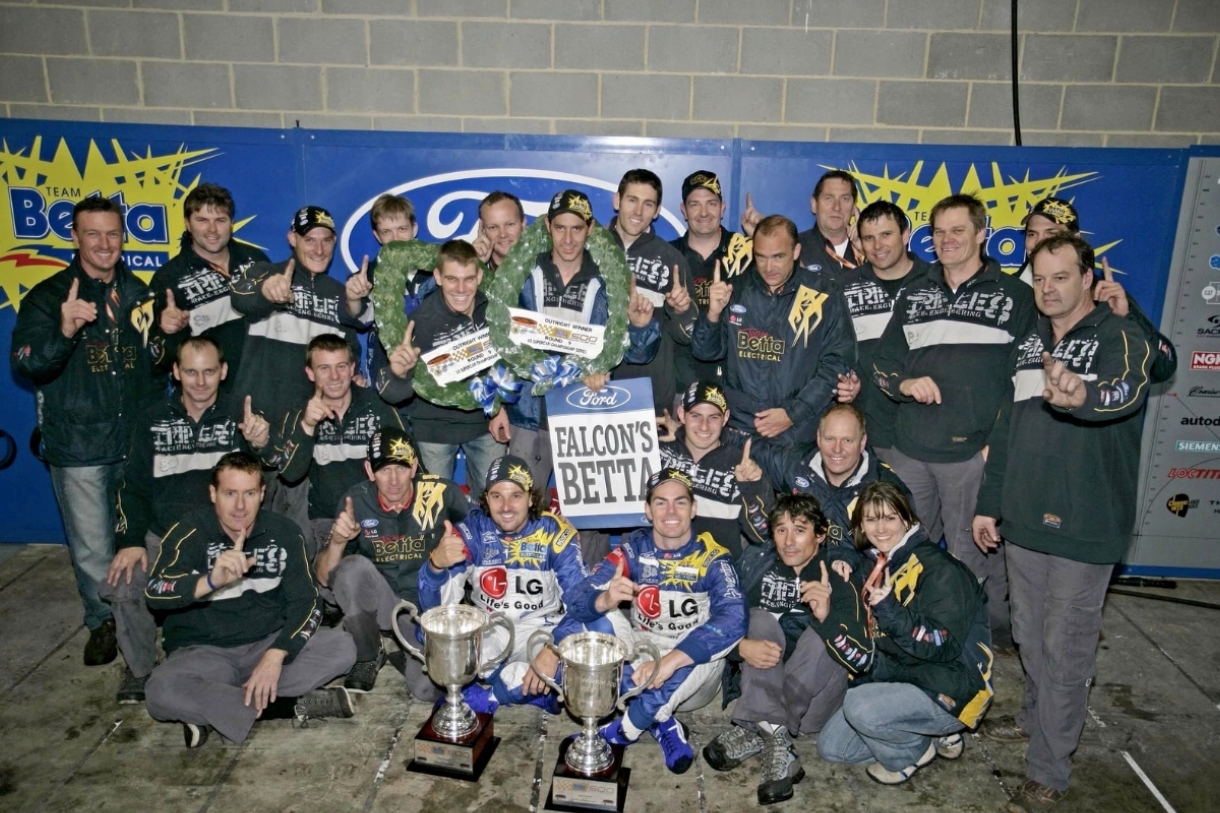 The rain returned, but it did little to stop Lowndes from ending his enduro drought and handing Muller a famous maiden win.

It would be the first victory by a French driver in the championship, and the last until Sebastien Bourdais won on the Gold Coast with Whincup in 2011.

A year later, Sandown would again play host to a thrilling finish, this time between Jason Bright and Rick Kelly.

Lowndes carried his form to Bathurst with a sensational pole, but after an early run-in with the wall, he famously fell victim to an errant wheel from Dumbrell's car that smashed into the #888 Falcon's windscreen exiting Griffins Bend.

The Sandown-winning chassis, 888A-010, would be driven to victory in Bathurst 12 months later, before it was updated to BF specification and re-stickered in new TeamVodafone colours for Whincup in 2007.

Whincup took the car to overall victory at Winton before it claimed another Sandown win.

The car was restored in 2012 and remains on permanent display in the National Motor Racing Museum at Mount Panorama.