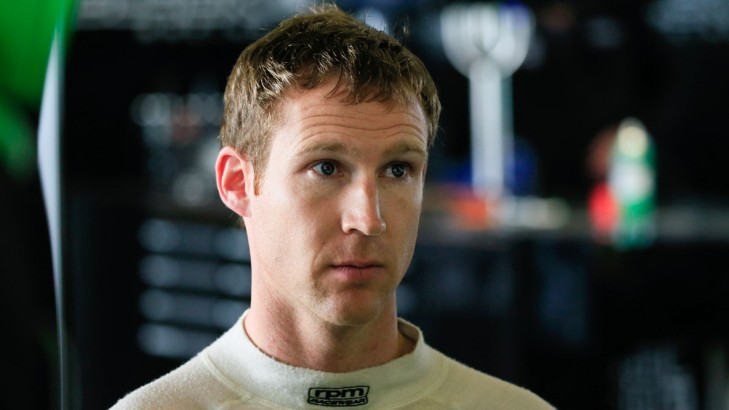 Even if he wins the V8 Supercars drivers' championship, David Reynolds has accepted he has virtually no chance of staying in his seat at Prodrive Racing Australia beyond this season.

And The Bottle-O Ford Falcon FG X driver has also confirmed he twice declined the opportunity to replace Fabian Coulthard in the Brad Jones Racing/Freightliner Holden Commodore because he believed he was going to be offered a new deal by Prodrive.

The 30-year old, who runs third in the drivers' championship 318 points behind his Prodrive team-mate Mark Winterbottom, says he missed the first signing deadline with BJR as part of the negotiating process.

"The first deadline was my own fault because I didn't realise how dead the line was. How severe it was," he told v8supercars.com.au.

"And I wanted to stay with my own team, because the cars are quite good, I get along with everyone there and racing is good fun. And when you get results it's even more fun.

"And I was told there could be something there at my current team."

"I was supposed to know what my expectations were with this current team the week after Bathurst and it's now two or three weeks after and they still haven't said anything really formally ... I can kind of read between the lines there.

"I am third in the championship and I have had quite a successful year with quite a good team and I have nearly come to the end of that and there is not a lot of foreseeable future with the team I am in now," he said.

But Reynolds says he can understand the positon from the team's point of view too.

"I understand where they are coming from," he confirmed. "They have Mark (Winterbottom) and Chaz (Mostert); two very good drivers and quite well paid as far as I can understand.

"So the third driver is in their mind - is it really worth paying someone to do that job?

"I guess they are probably looking at that; they will take a driver with a bit of cash."

With most seats in the championship sewn up in a whirlwind of driver movement post-Bathurst, Reynolds' best bet for 2016 could be with Betty Klimenko's Erebus Motorsport, taking over the seat occupied by Tekno-bound will Davison.

Prodrive customer team Super Black Racing has also been mentioned as a possible new home, but while owner Tony Lentino and Reynolds are friends, the team does appear to remain committed to running a New Zealand driver.

There are some other drives still kicking around, but they appear to have commercial requirements attached and Reynolds doesn't bring big money with him.

Reynolds'outspokenness and ability to sometimes put his foot in his mouthhas also crossed him off some lists.

"I am a very honest person. But I pay a big price. I am a very high-priced person," he joked.

Development series star Cam Waters is being heavily linked with Reynolds' current seat for 2016, while Walkinshaw Racing refugee Tim Slade appears certain for the Freightliner seat Reynolds dealt himself out of.

Reynolds admits the worst case scenario is that he misses out on a full-time seat and races only in the enduros.

"Of course it's a possibility, but I don't look at it like that," Reynolds said. "My only option is to be in the championship (full-time).

"I don't want to just be an enduro driver."

Reynolds is not that surprised he is on the outer at Prodrive, as it was made clear publicly by PRA team principal Tim Edwards even before the season began that he would have to lift his game in 2015.

In his three years in the Rod Nash Racing-owned The Bottle-O Falcon, Reynolds has finished ninth, ninth and 15th in the championship, won two races and finished a close second at Bathurst in 2012.

"The comments at the start of the year did take me back a bit but that's just the job," Reynolds said. "I wish it wasn't so public, I wish it was more private. I think that might have been a better way to go about it.

"The first round (Clipsal 500) I was dealing with it, instead of worrying about what I was doing, I was worried about what my boss thought of me. And the 10 journos you deal with come and ask you the same question: 'Is this your last year in the championship?'

"And now at the end of the year I seem to be going pretty good in the championship - I am not far off Mark and Chaz is obviously not racing - I feel like I can hold my head high. I feel I have done a pretty good job. I feel happy."