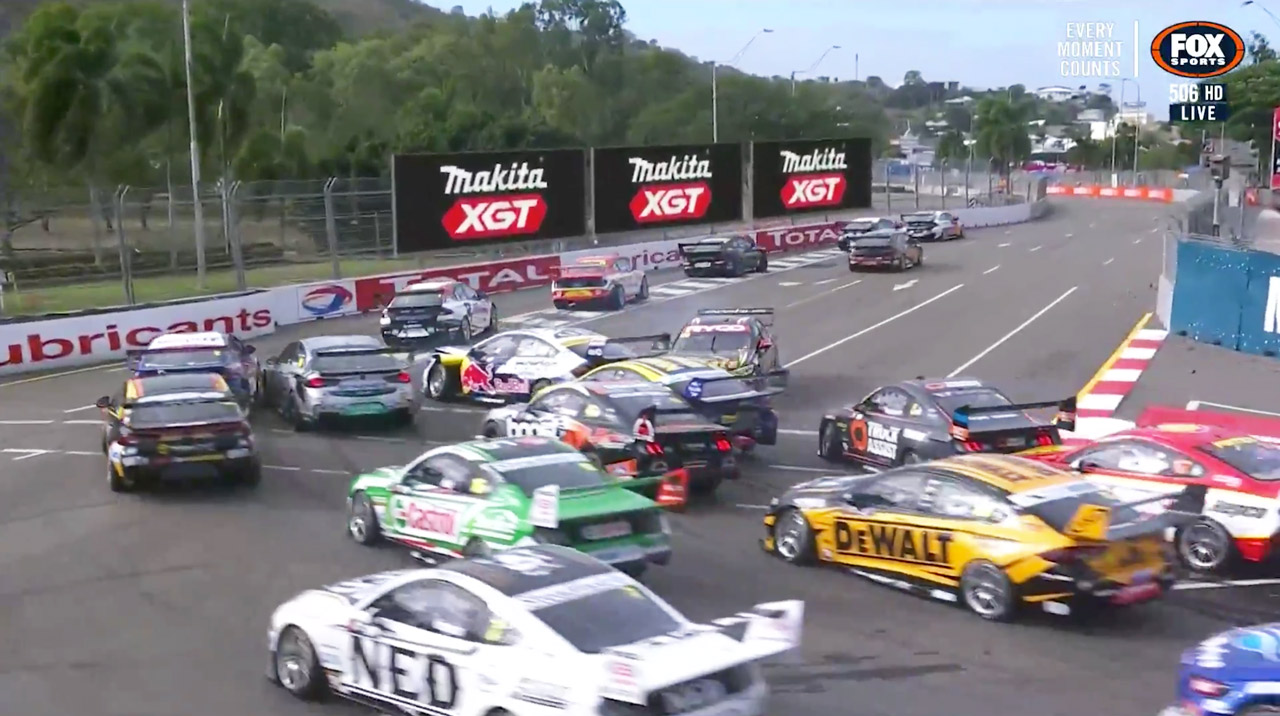 The dramatic multi-car incident on the opening lap of the NTI Townsville SuperSprint has been declared a racing incident.

Van Gisbergen was pushed into and spun Anton De Pasquale, which sent the rest of the field scrambling.

Officials immediately declared that the incident would be reviewed post-race, where onboard footage and data from every car can be analysed.

A stewards bulletin has subsequently confirmed that, based on the available evidence, Driving Standards Advisor Craig Baird and Race Director James Taylor ruled no driver could be held responsible.

“After the Race, the Race Director investigated the Incident involving contact between multiple Cars at Turn 2 on Lap 1 together with the DSA, which involved a review of all of the available vision, including Broadcast vision and in-car judicial cameras from Cars #5, #8, #17, #18, #19 and #44," read the bulletin.

“The DSA and Race Director were not able to determine on the available evidence that any Driver was wholly responsible for the incident.”

Baird explained to Supercars.com that he was reluctant to penalise anyone without a clear-cut culprit.

“With the vision we had available it was impossible to lay the blame on just one person, because it’s a timing thing,” he said.

“There were a group of cars each with another in the back of them and without an overhead view from a helicopter, you can’t say who is in the wrong.

“Unless you can timeslot exactly when who hit who and caused the whole motion, you can’t blame anyone wholly or predominately.

“I feel for Anton because no doubt he was turned around, but I can’t penalise anyone based on the evidence we had available.”