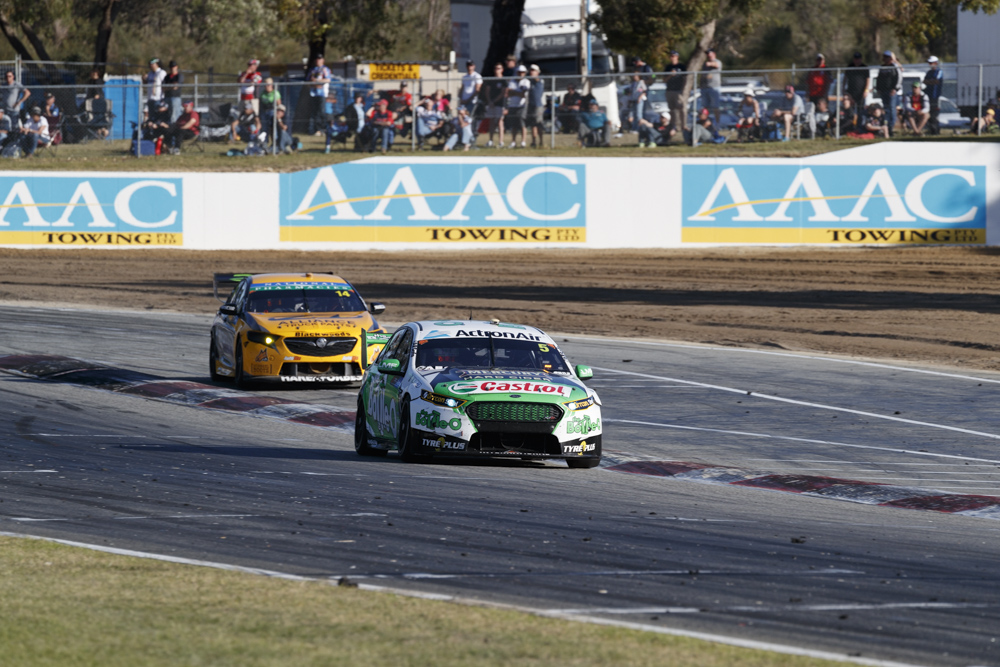 Straying outside the track limits at Turn 7 will not be tolerated on the final day of the Perth SuperSprint, officials have declared.

Race Control has issued revised briefing notes to teams and drivers ahead of Practice 4 informing that “the track edge line at the exit of T7 will determine the track limit and penalties will be applied.”

Debate over the merits of the judge-of-fact system used last year had led to officials rolling back their approach for 2018.

Drivers were instructed at their briefing following Friday practice that the track limits would not be enforced at Turn 7, provided the timing loop at the end of the kerbing was not triggered.

However, instead of drivers using the freedom to straddle the large kerb as anticipated, many began driving around the outside of it before cutting back on track just before the timing loop.

Although smashing back over the kerb proved brutal on the cars, a handful tried it in ARMOR ALL Qualifying, while more and more adopted the wide line as Saturday’s 50-lap race progressed.

Today, a judge-of-fact in Race Control will monitor the corner exit via a dedicated camera feed.

Any driver deemed in breach of the track limit during practice and qualifying will lose that lap and their following lap.

In the race, an initial breach will receive a warning, with the second a bad sportsmanship flag and a third ultimately met with a penalty to be determined by the stewards.

The judge-of-fact system has been beefed up since last year, where poor picture quality from the circuit CCTV camera contributed to debate about its merits.

Instead, a dedicated TV camera will be used today, while officials will be able to pause, rewind and zoom-in on footage to confirm breaches.