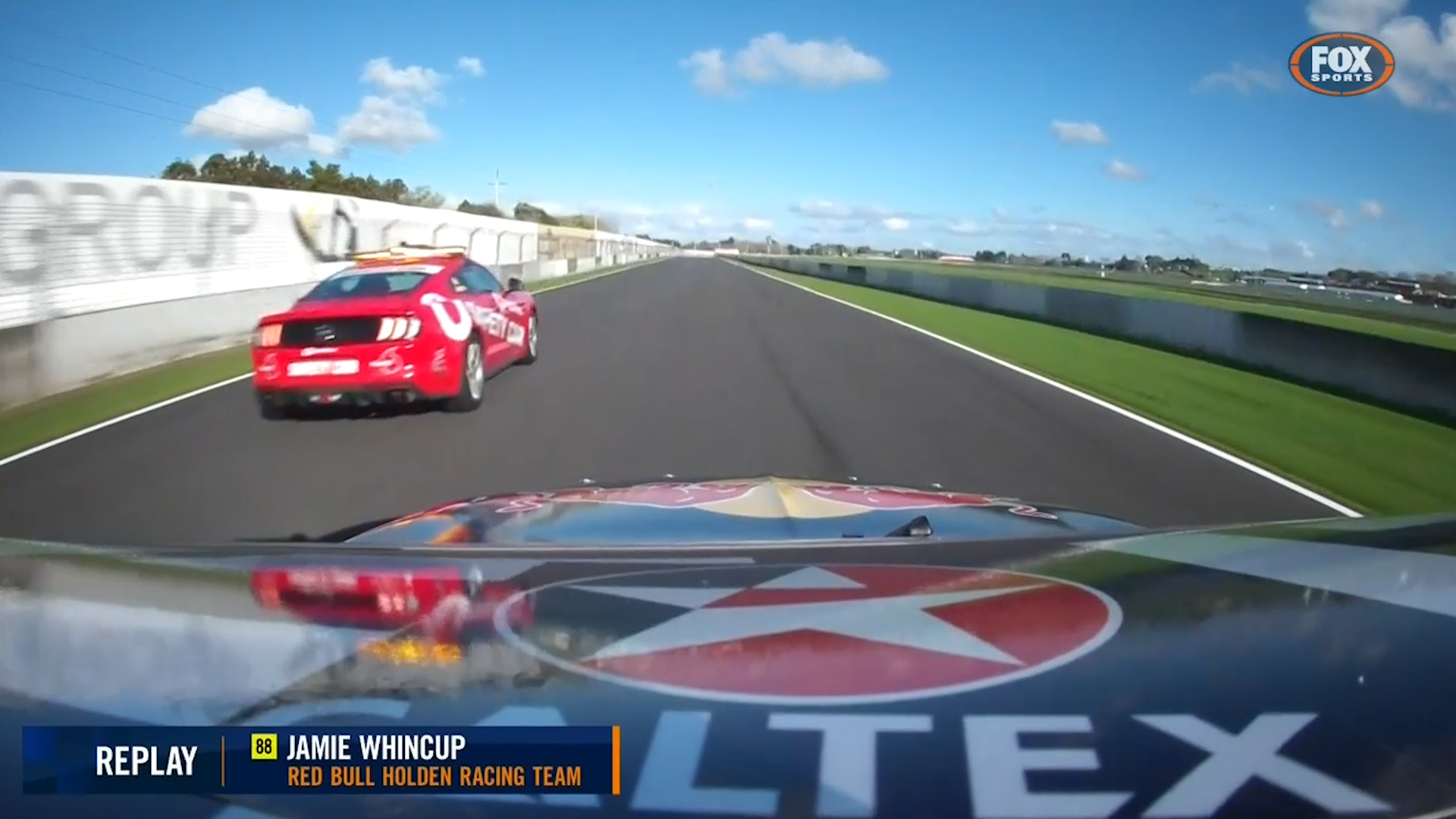 Red Bull HRT manager Mark Dutton has called for changes to Safety Car procedures to be considered, as officials and teams prepare for detailed debriefs of Sunday’s race.

The 200km contest was turned on its head by a lap 14 Safety Car which, like on Saturday, came as the first pitstop cycle was unfolding.

Race control dispatched the Safety Car ahead of Jamie Whincup, who was the effective leader of the race after an early pitstop, but not the actual leader at the time.

That was Scott McLaughlin, who was among a group of drivers who had not pitted prior to the Safety Car, but elected to do so as soon as it was called.

Whincup elected to pass the Safety Car while its yellow lights were still on - a move that ensured he regained track position over those in pitlane, but earned a drive-through penalty.

Those trapped by the Safety Car who waited to be allowed past, including Lee Holdsworth, Cameron Waters, Fabian Coulthard and Will Davison, lost track position to all of those pitting under the yellow.

Race control came under heavy public criticism from several teams and drivers post-race, including Whincup, who claimed the CAMS officials are “not operating at the same level as what the teams are”.

Although unable to be confirmed by Dutton, Whincup is believed to have took it upon himself to pass the Safety Car - a decision that he also infamously made at Bathurst in 2015.

Dutton says Triple Eight will conduct an extensive review of its own actions, but has also called on officials to make changes.

“We've got to look at how we did it, because we all do it together,” said Dutton.

“I think that's still correct that the lights had been on [when Whincup overtook]… but they shouldn't have been.

“In every other level, or this level of professional sport, there should be an investigation into how it happened and changes implemented or systems to ensure it doesn't happen again.

“So we'll worry about our side, we've got experience, we'll see how we can improve our processes, but as a category it's happened more times that way than times we've stuffed up.

“We'll look at ourselves internally but I do hope something gets done because it wasn't just us who got hurt in that race-wise.

“There was a lot of cars that finished much, much worse than they should have because of that. So it's a big deal and needs to be treated accordingly.”

The two CAMS officials stressed the need to “neutralise the race” immediately with David Reynolds’ car stopped on track, before sorting out who the leader was.

The rules clearly allow for such action, with Supercars’ Operations Manual stating “the SC, with its flashing lights on will join the Race Track regardless of where the race leader may be”.

The competitor briefing instructions for Pukekohe emphasised that “in some circumstances the SC may be deployed and hold the first approaching Car then at the appropriate time any Cars between the SC and leader will be waved through”.

Schenken confirmed the Safety Car scenario will be analysed thoroughly as part of the regular post-event debrief undertaken by CAMS and Supercars officials.

Added Stuart: “Like any race team, we’ll go back, we’ll replay the race through the timing system.

“I’ve already looked at it; immediately after the race I went to the timing room and I re-played up until Lap 14-15 through the timing system.

“By Car 88 going past the Safety Car it took away any opportunity we had to do that in-race.”

Stuart stressed that officials use the Safety Car 2 line - located on track just beyond pit exit - to determine the leader when under Safety Car.

As such, McLaughlin’s position as the leader - rather than Whincup - couldn’t be confirmed until after he’d exited pitlane, necessitating the need to keep the yellow lights on the Safety Car.

Asked if he’s confident no mistakes were made in the process, Stuart said: “The whole point of having debriefs is to review exactly what we did.

“But what we have said is that the Safety Car neutralises the race and at particular circuits — here, Symmons Plains, Barbagallo — where you have a short lap and a long pit lane, it gives us the opportunity to pick up the leader; because the leader sitting in the pitlane is not the leader.