Not over until it’s over: Waters still harbours title hopes 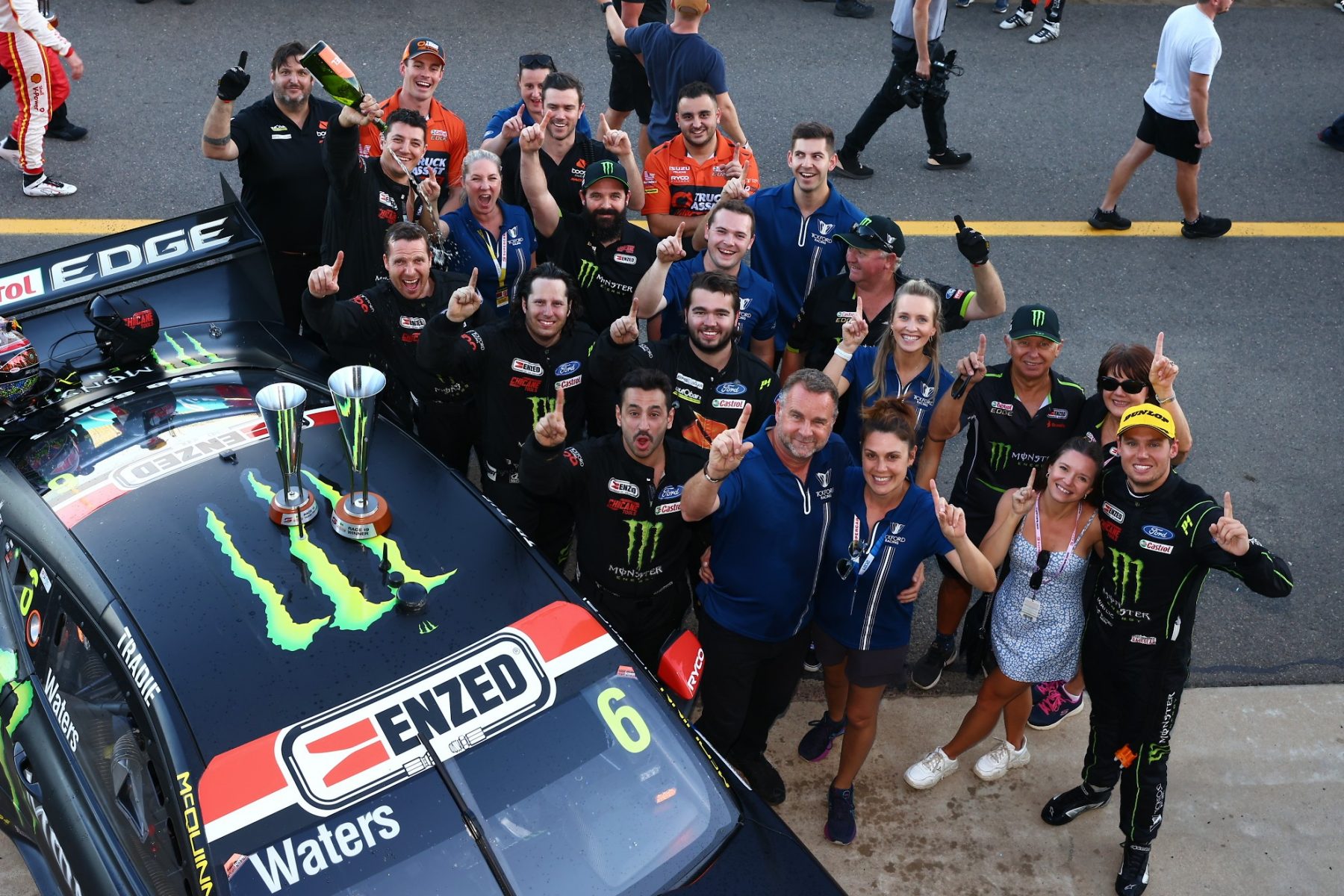 Cameron Waters still has one eye on winning this year’s championship after winning two races at the WD-40 Townsville SuperSprint.

Waters won Race 17 and 19 at the Reid Park Street Circuit, headlined by a stirring performance to deny Shane van Gisbergen on Sunday.

The Tickford Racing driver climbed from fifth to third across the course of the weekend, and is 136 points behind second-placed Jamie Whincup.

However, after finishing 11th in Race 18, which was won by van Gisbergen, the gap to the series lead is 412 points.

Regardless, should Tickford Racing continue to roll out a winning package, Waters believes he’ll be in the fight until the very end.

"I guess, last week we really struggled," he said after the race.

"It’s a massive credit for them to give me something to race with, which is awesome.

"Obviously, we don’t want to talk championship, it’s still early-ish, and Shane’s a long way down the road.

“So our focus was on getting a car that’s capable of winning, week in, week out. 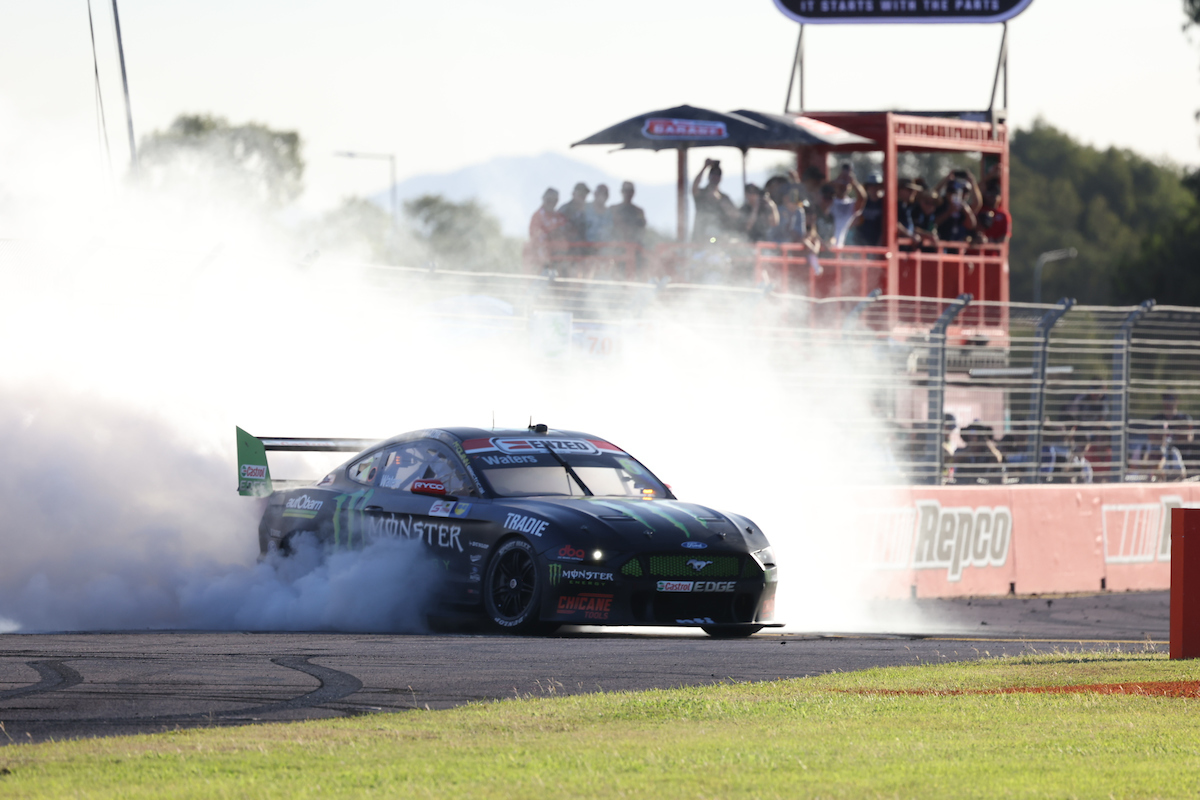 "That’s what our focus has to be and last year; Jamie [Whincup] had a fair bit of bad luck at Bathurst and got me second, so the championship isn’t over until the very end.

“But our focus is on a fast car at the moment.”

Waters alluded to Whincup’s race-ending accident at last year’s Bathurst 1000, which helped the Tickford driver seal second in the standings.

Waters and Tickford outsmarted Anton De Pasquale and Shell V-Power Racing Team on Saturday, before doing the same to the #97 crew on Sunday.

He had a slice of luck, with Waters managing to beat the Safety Car before regaining the lead after his stop.

It set up a thrilling sprint to the end, with Waters repeating his Race 11 efforts at The Bend to hold out van Gisbergen.

"I don’t really know how I ended up in front of him after the pit stop,” he said.

"I think my guys pulled out a pretty good stop and not sure if he got stuck behind the Safety Car or not.

"But, just to go lap after lap, head-to-head with Shane, we had so much fun doing that and luckily I came out on top.” 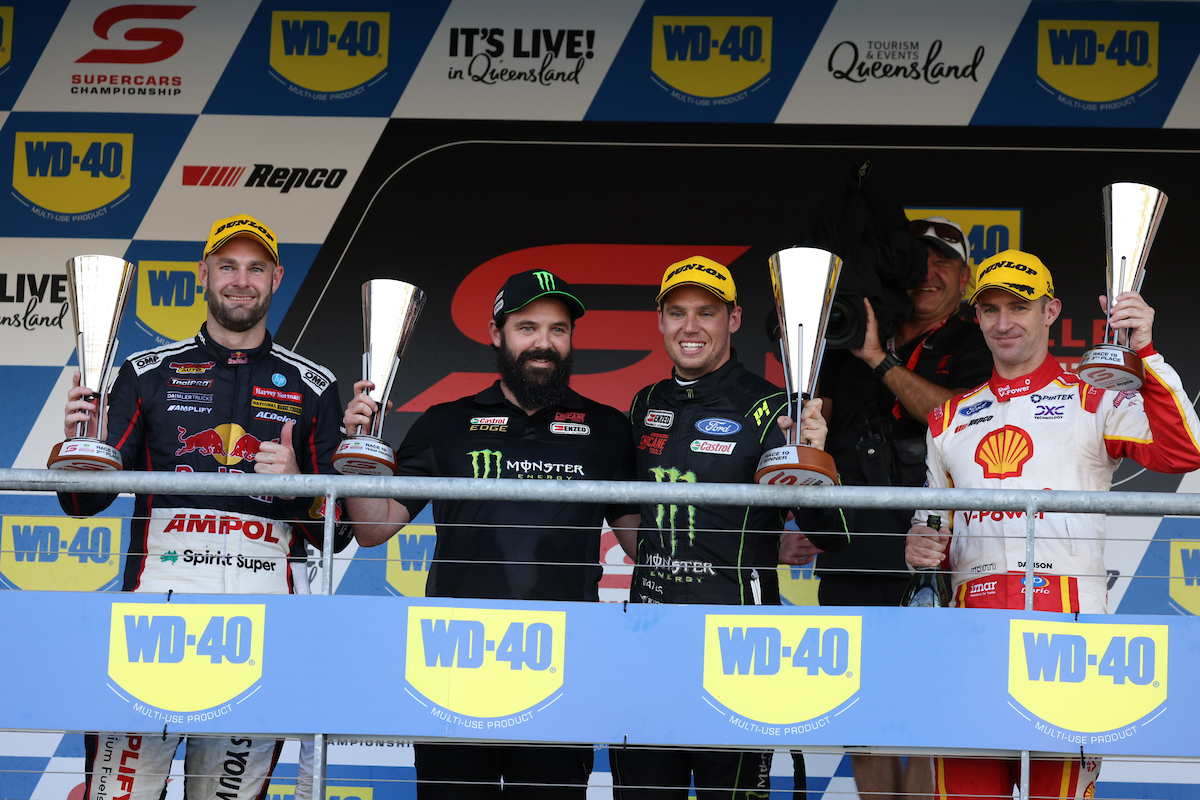 It almost amounted to nothing after van Gisbergen caught him napping at Turn 13 on lap 5.

However, lessons learned ensured Waters wouldn’t be as accomodating in the closing laps as van Gisbergen tried to snatch the lead away again.

"I was a bit surprised by [the overtake],” he said.

“Otherwise, I would have blocked a bit more than I obviously did... I left the door wide open… but I thought I had a big enough gap to him to not have to defend, and it caught me off-guard.

"But, the race wasn’t over from that point... I just kept looking after the tyre as I was doing, and got on with it."