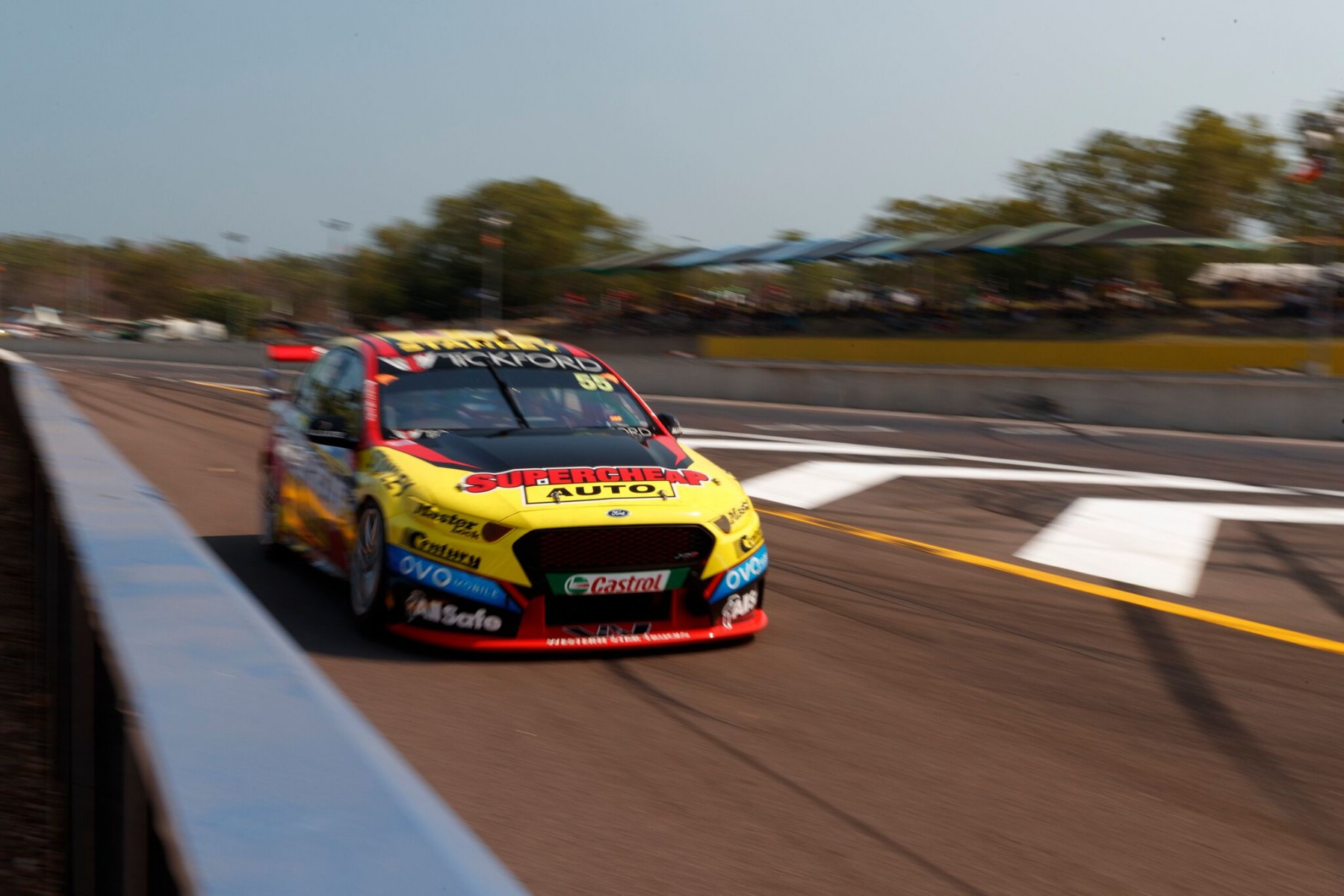 Prodrive boss Tim Edwards is confident that his team will be on the pace tomorrow despite an underwhelming practice that saw all four of its Fords outside the top 10.

Mark Winterbottom was the leader of the Prodrive quartet at the end of Practice 2 in 12th ahead of Chaz Mostert (14th), Cameron Waters (15th) and Jason Bright (17th).

All four ran green tyres during a session dominated by Holden runners – Shell V-Power Racing’s Scott McLaughlin the only Falcon driver inside the top 11.

“We had a few challenges today but we’re not far off,” surmised Edwards ahead of tomorrow's final 45 minute session prior to qualifying.

“Each of the drivers knows what they want to look at and we think we have the answers so it wasn’t a terrible day.

“There’s still a whole practice session to play out tomorrow and we’ll be making the most of it.”

Mostert, who has been the only driver to consistently challenge the Shell and Red Bull entries in qualifying this season, was also relaxed about the situation.

“We’re not going to look into the times too much; we know that the car’s probably a fair way away from where we want it to be when we put tyres on,” said Mostert.

“I’m still reasonably happy because I know what we can try to do to fix it and what we probably need for tomorrow but it’s not too bad for a Friday.

“We’ll see how we roll out tomorrow. We’ve got a bit of time to make up to try and catch the front guys but we’re up for the challenge.” 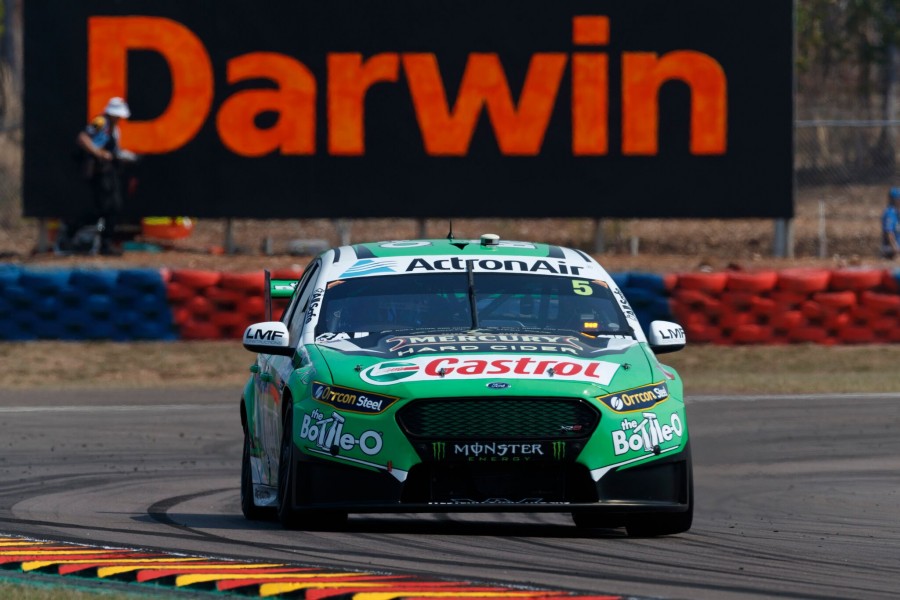 Waters’ green tyre run was hindered by traffic while Winterbottom says he’ll be heading back towards his Practice 1 set-up after detuning his car during the second outing.

“We went backwards in that last session and the changes turned it into a pretty ugly car. It wasn’t fun to drive,” said Winterbottom.

“I’m pretty confident that we can get it to where I know it can be. It was actually pretty good coming into the second session so if we can take it back to that and work from there I think we’ll be okay.

“We’ll have a look at it all overnight and see where we can get it to tomorrow.”

Bright’s crew repaired his Practice 1 accident damage in time for the second hit-out, where the veteran said he was pleased with the car but failed to maximise his green tyres.

“We expected to get another run but we ran out of time so I’m a bit disappointed with where we ended up today but I feel like we’ve got a pretty good package for the weekend,” he said.